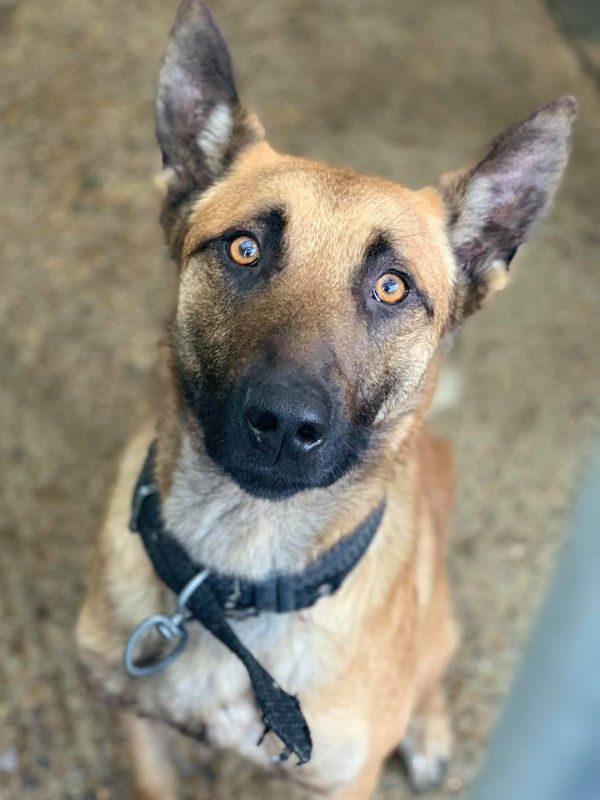 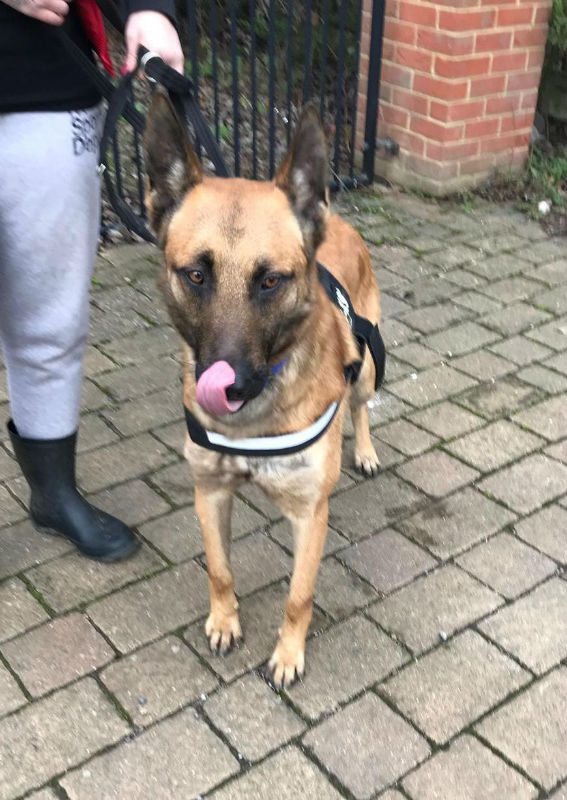 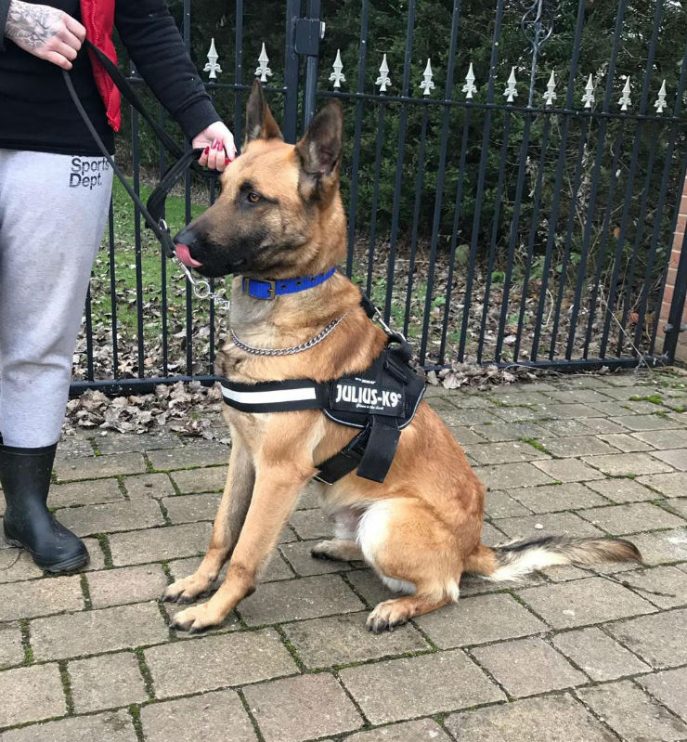 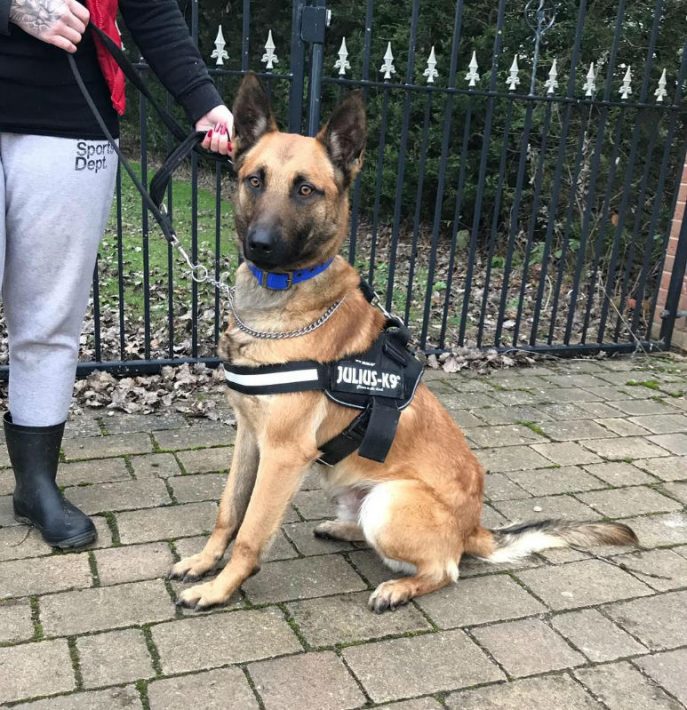 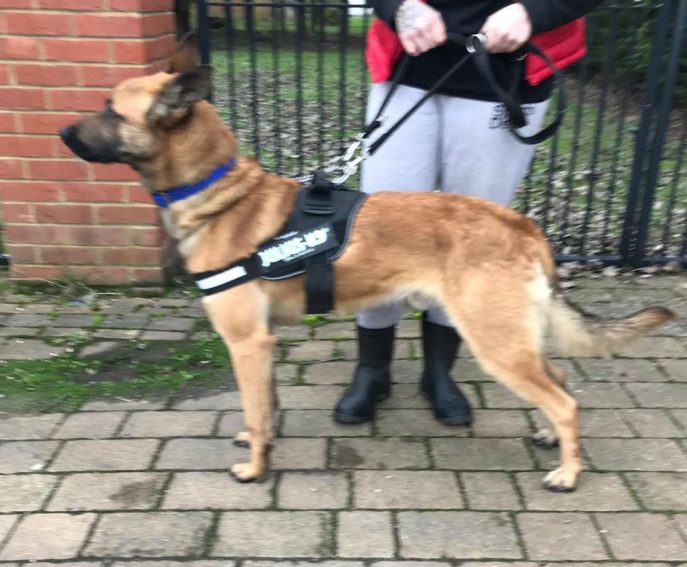 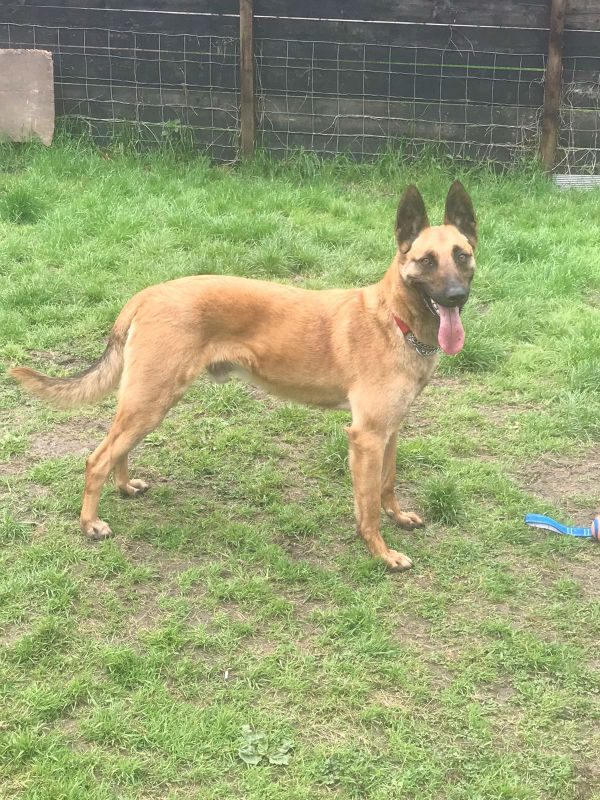 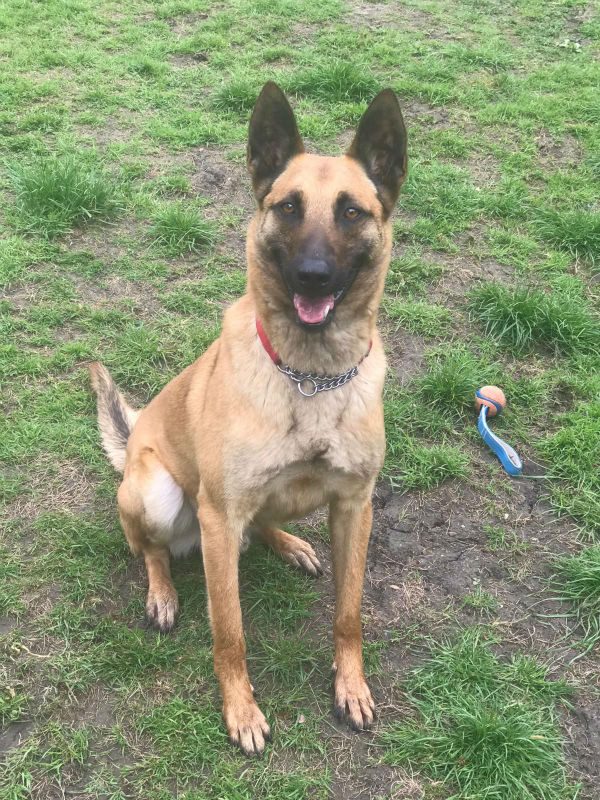 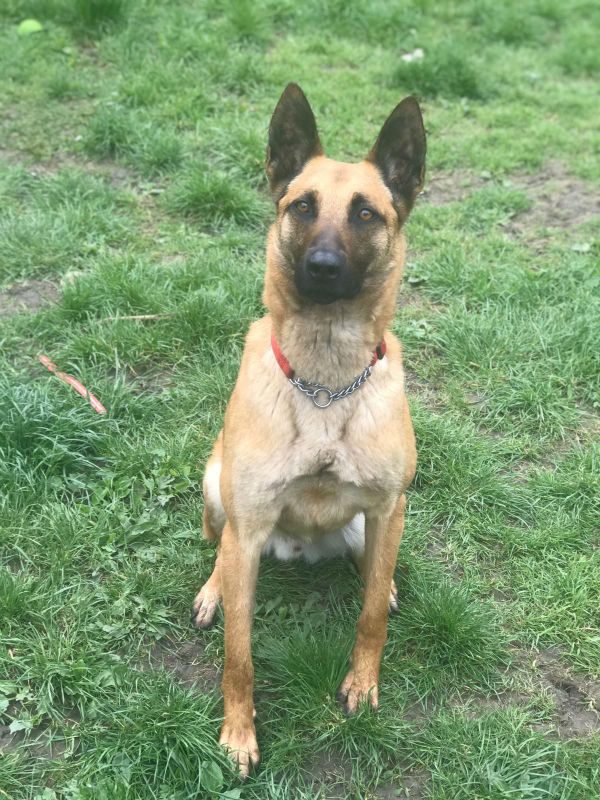 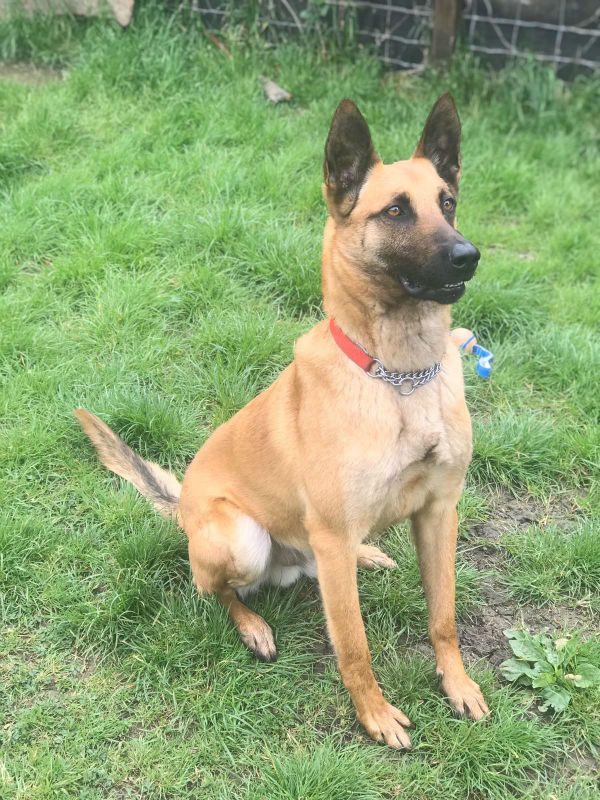 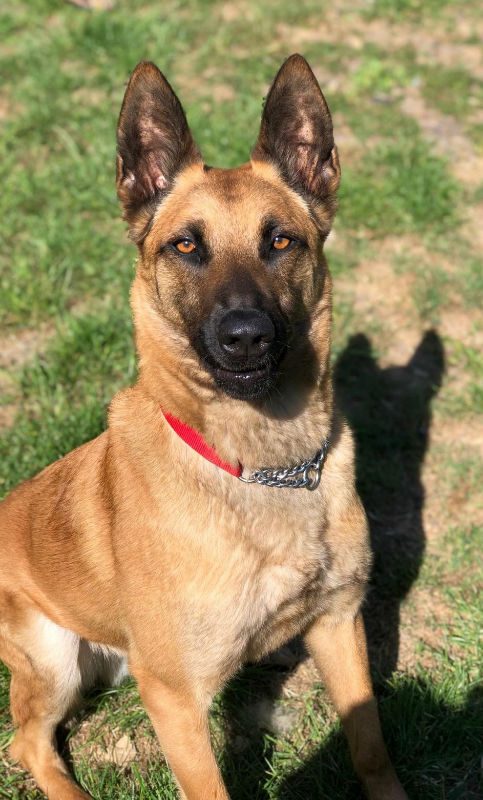 Malcolm is a Belgian Shepherd Malinois who is 3 years old. Now neutered, vaccinated, and he is microchipped with a Hungarian chip! This lad was picked up as a stray and surprise, surprise, microchip not registered in this country.

Malcolm is a typical Mali who has great toy drive, can jump and scale high fences, and did jump up a lot grabbing and mouthing. May well have had the start of some security training. He is not going to be a family pet but would excel in an active home for agility or the like, and may well make a fantastic working dog.

Has been socialised with other dogs out walking and has been fine with all dogs he has met. No to children and unknown with cats but would probably not rather risk it!

“This lad needs a working home someone who can really stimulate his brain to keep him busy he’s full of energy and would benefit doing sniffer work or even some agility. He can be quite unpredictable so we wouldn’t rehome him with children. He loves toys and is clean in his kennel he is quite cheeky though sometimes he likes to shred his blankets up! This boy can be protective on lead so has to wear a muzzle when out in public but he is only 2 years old so would benefit some socialisation classes to get him out of this. This type of breed need someone who has done a lot of research on the breed.”

Malcolm went to a police dog handler to see if he could make the grade. He was doing really well but hit a point where he decided to test them and be obnoxious! They would do a search and then he would bugger off to play and not come straight back, and decided he didn’t really want to go into the back of police van all the time. Sadly they could not give him anymore time to work through this. However Malcolm learnt a lot of manners while with the handler who adored him, and he said he had not met such a level headed Mali in a long time! Maybe too intelligent for his own good!

Are you that special home that has experience with this breed that can give him the continued training and stimulation he craves?