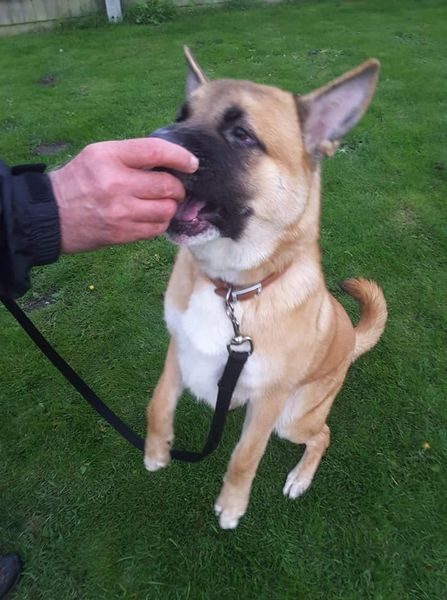 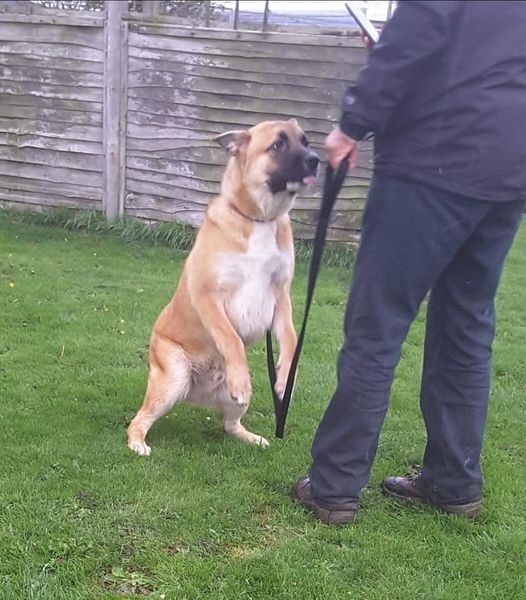 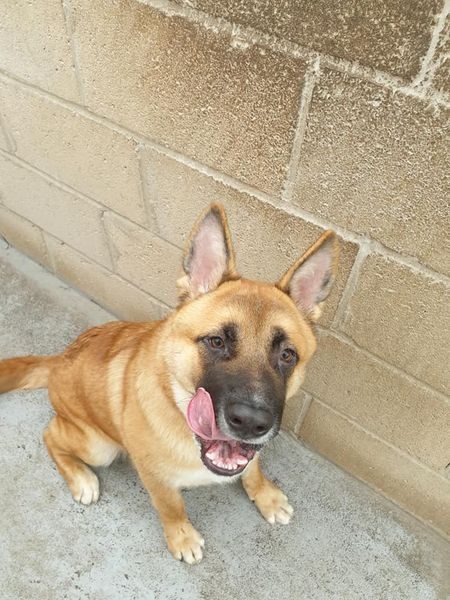 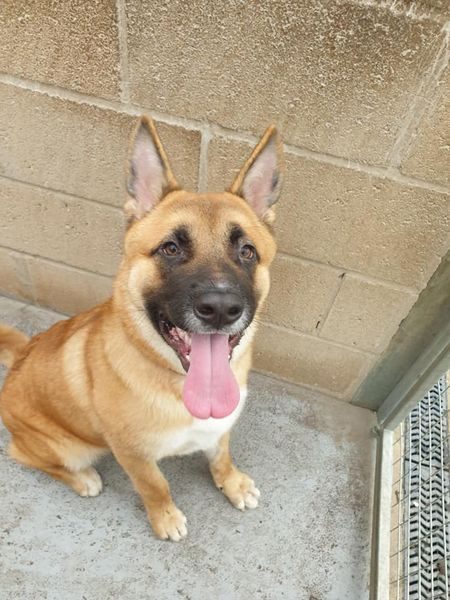 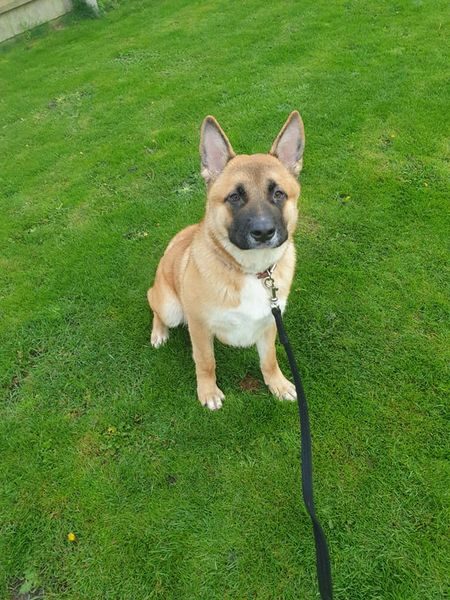 Murph the Smurph as he is affectionately known by the vollies may not be 100% shepherd but he is 100% full on for fun love and cuddles.
When Murphy came in he was and still is just a young boy needing guidance and help.

He was afraid of Vehicles and indeed when he was collected from the pound had to be physically lifted into the transport very much against his will. He has since had some familiarisation and training and will now quite happily walk up a ramp to get into the back of a car or van. He does like a window to look out of so he can watch the world go by as he travels. He can sometimes especially without the window, e.g when in a van be a little vocal on his journeys.

Murphy loves fuss and cuddles as much as he does treats (which he takes very gently) , and this has been useful in starting his training with things like vehicles and recall. He is eager to please and capable of learning. He will walk on a collar and lead although we have been using a harness as we find he pulls less. He walks quite well on pavements and he ignores cars, bicycles and other traffic. At the park he is very relaxed but does like to get his nose down and have a good sniff. He does pull excitedly sometimes when he sees another dog but he has also walked round the park with another dog and not pestered them too much. However if the other dog shows signs of wanting to play Murphy is straight in at full speed to join in.

He has met dogs that he doesn’t know and shown no aggression but also he has shown he has a lack of doggy manners and often goes straight in for the excited jump and play rather than the polite hello’s. This is something that whilst it still needs work if he attends regular training classes and gains proper socialisation should be able to be corrected.

Murphy has met a cat in the house and after a brief No from his vollie and a spit, hiss and swipe from the cat he decided it was best to go and lay down and keep an eye on the cat from a distance so he possibly could live with a dog savvy cat indoors. Once outside he does have a prey drive so watch out any squirrels, pigeons or little furies that come into your garden.

Murphy has been to, the vets for vaccinations and microchip and was a little star winning the heart of all the staff at the clinic. All in all Murphy is just a young boy who has some learning to do, but he takes notice of corrections and has already come on leaps and bounds in the time he’s been under assessment.

Murphy has been adopted.