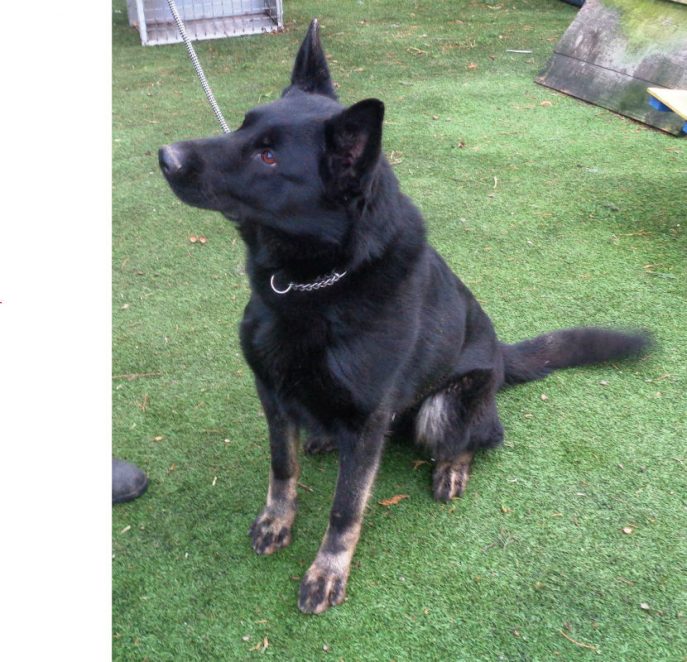 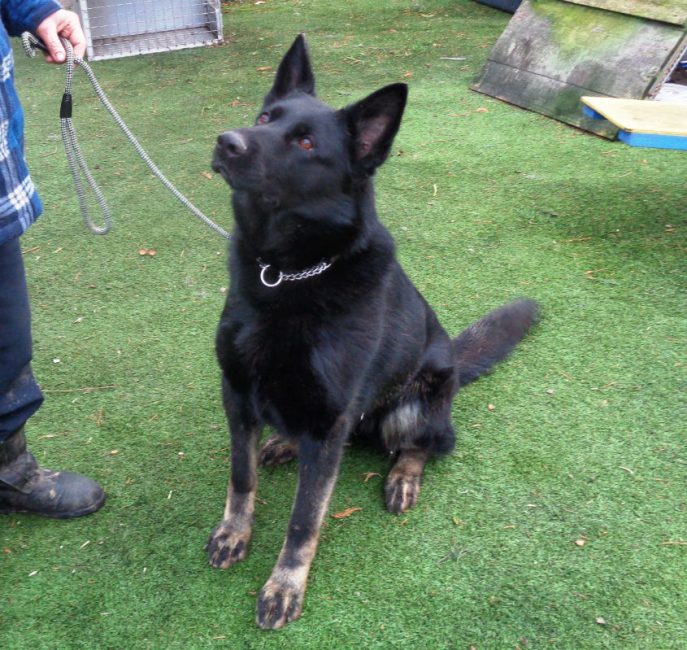 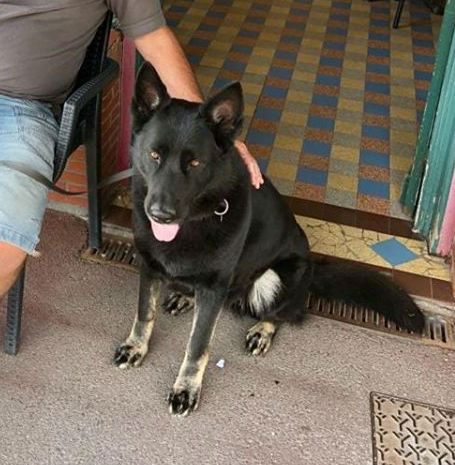 May I introduce the lovely Nitro who we are told is 7 years of age. She is microchipped but not registered. We were asked if we could help find a home for this girl. This is what we were told:

“Our pound owner has taken in an ex breeding bitch and wanted to know if a rescue would take her on so she can have the chance of a home. Nitro 7 years. Loves all people including children, but may be a bit clumsy for small ones as she hasn’t lived with them. Good in the house, travels well, xrayed excellent hips and elbows so no likelihood of future arthritis.

Loves male dogs of similar size, neutral with females and wouldn’t start a fight, but might finish one if picked on.  Gets excited with small dogs running about and has caught and killed a rabbit so wouldn’t trust her with small dogs or cats due to her prey drive.  Loves to play fetch and tug.

Generally calm in temperament, easy to have around.  Very healthy and from a long lived family line.

She is in no danger of PTS but will live out her life in kennels which seems such a shame for what sounds like a lovely dog.”

Is there any chance you might be able to help rehome her??”

Nitro has gone into the care on one of our long term foster homes where she has settled nicely and is now called Milo.