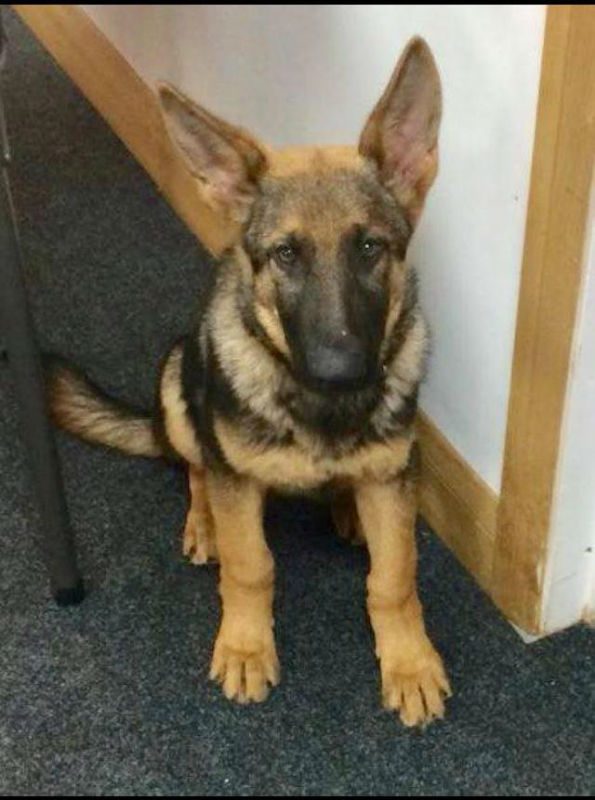 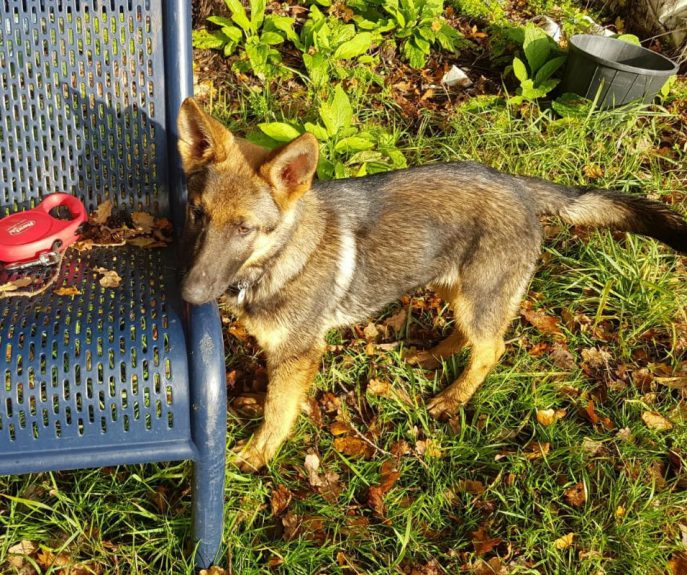 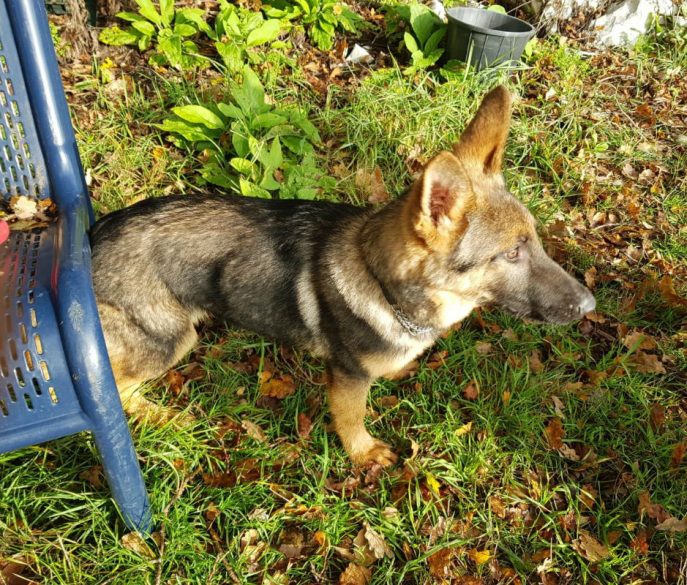 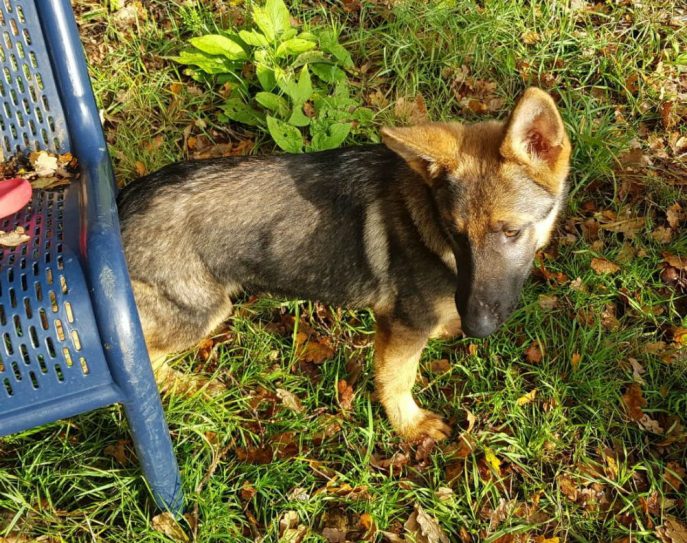 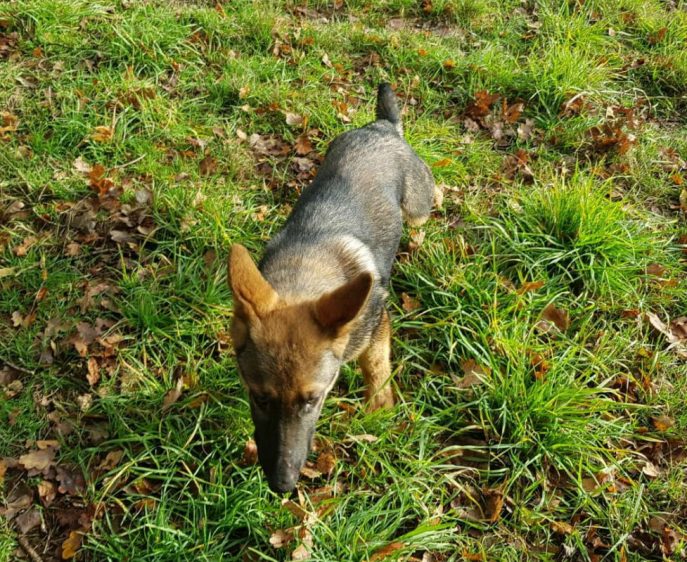 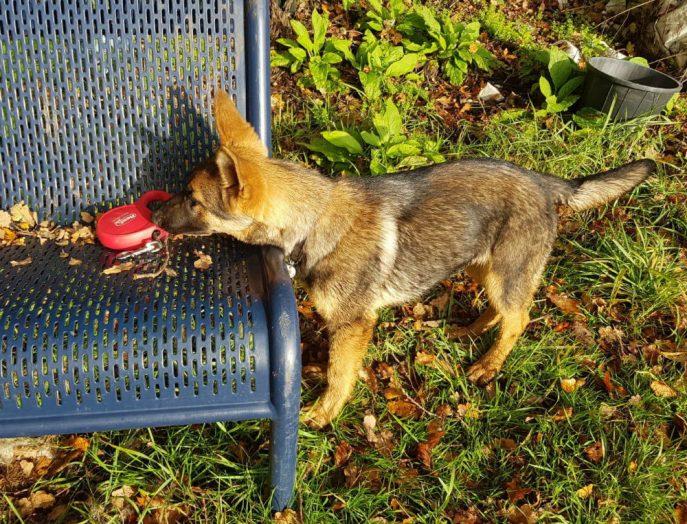 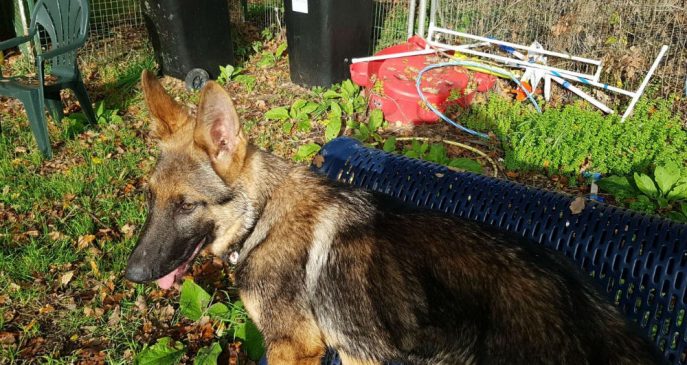 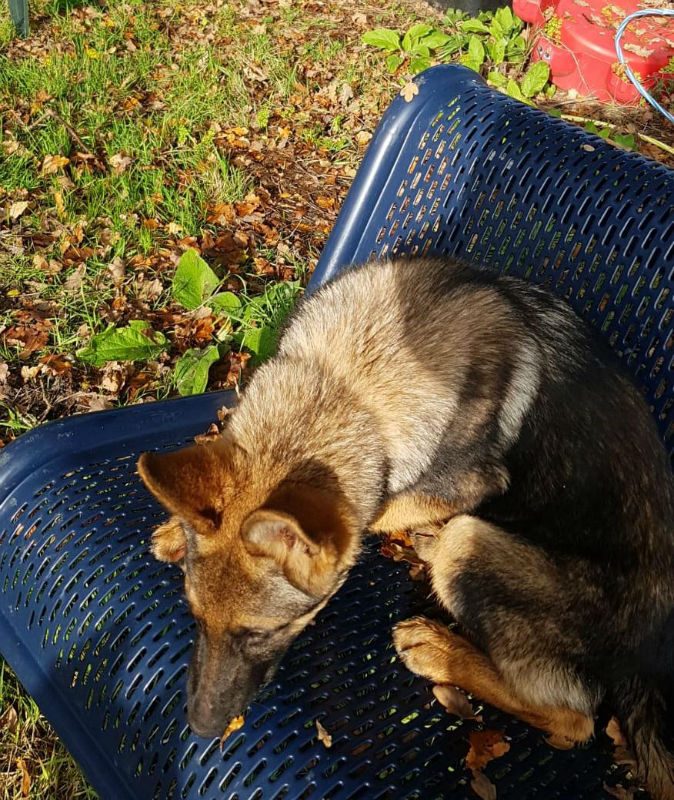 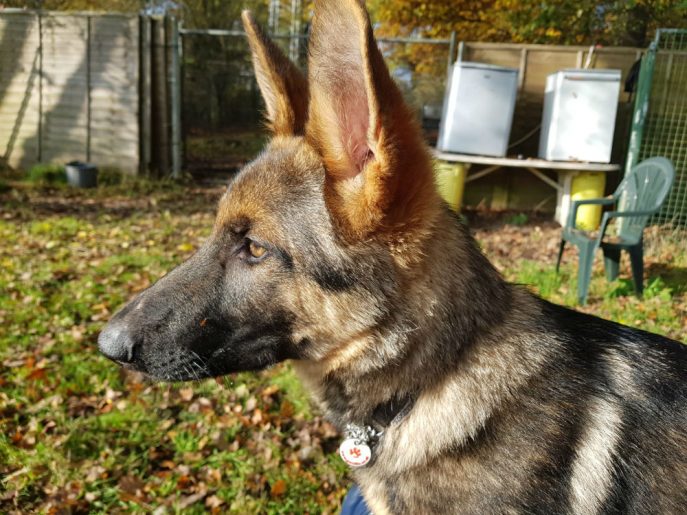 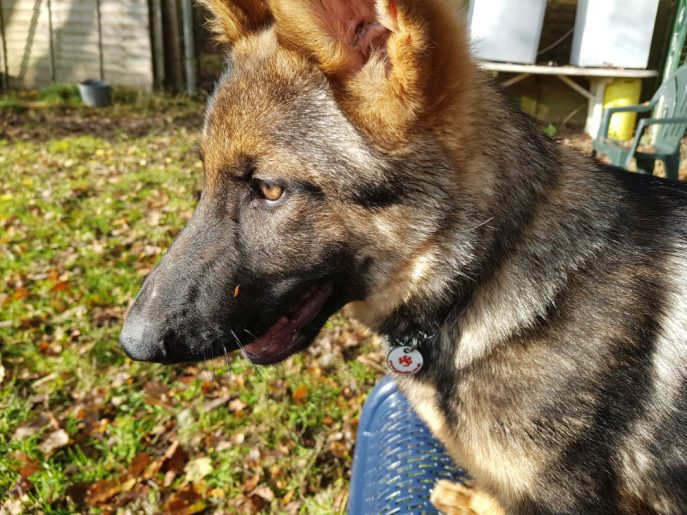 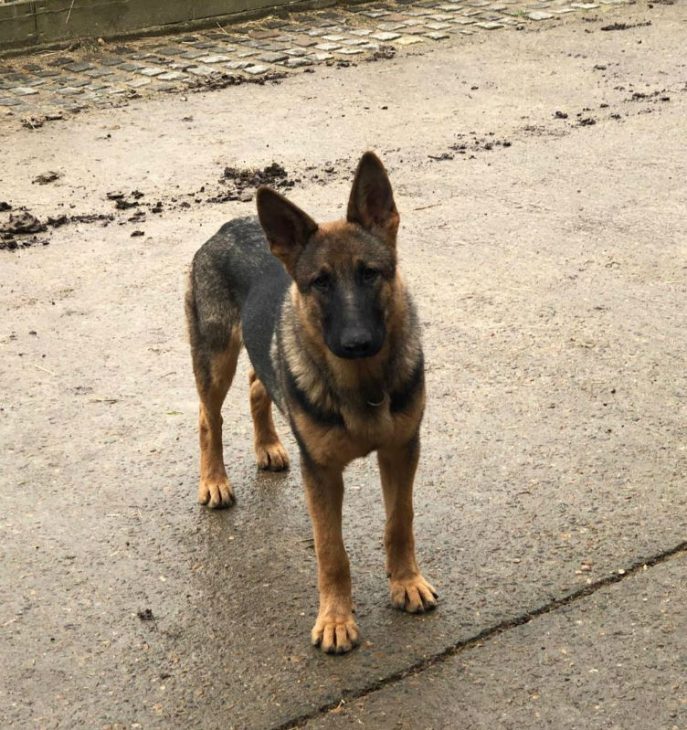 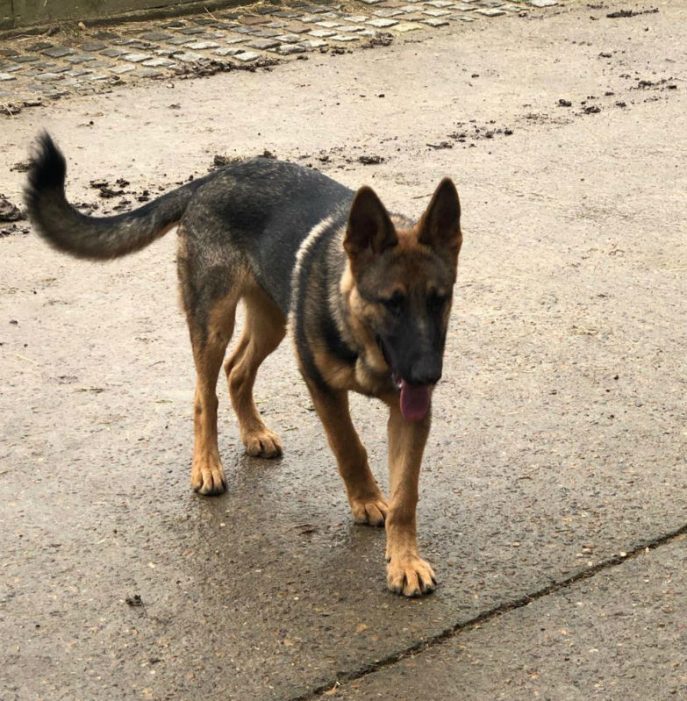 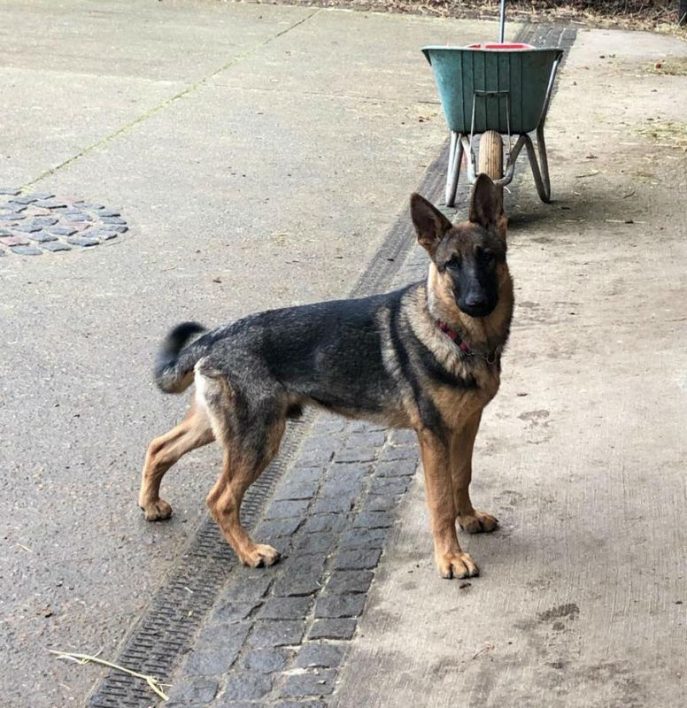 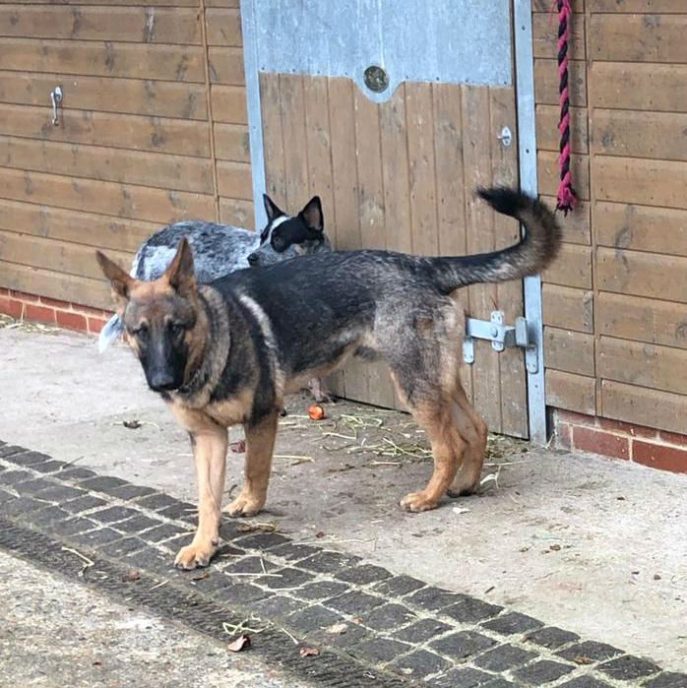 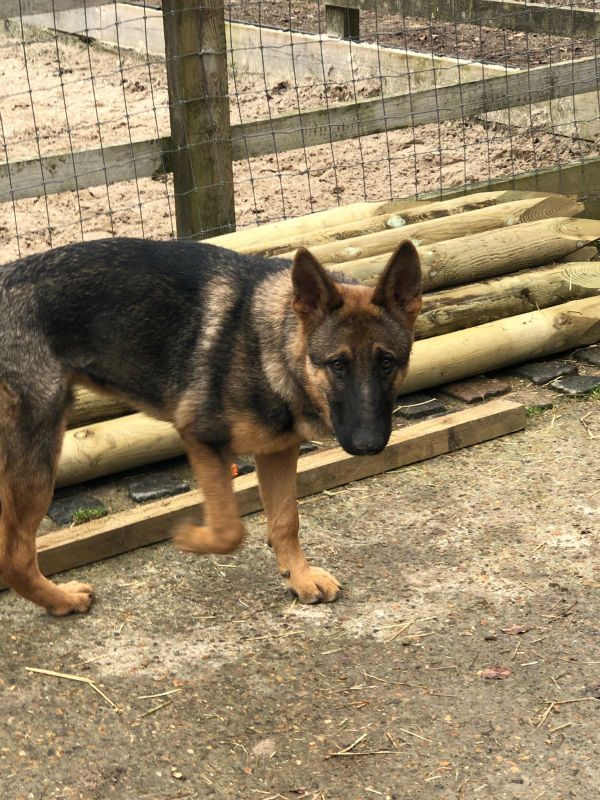 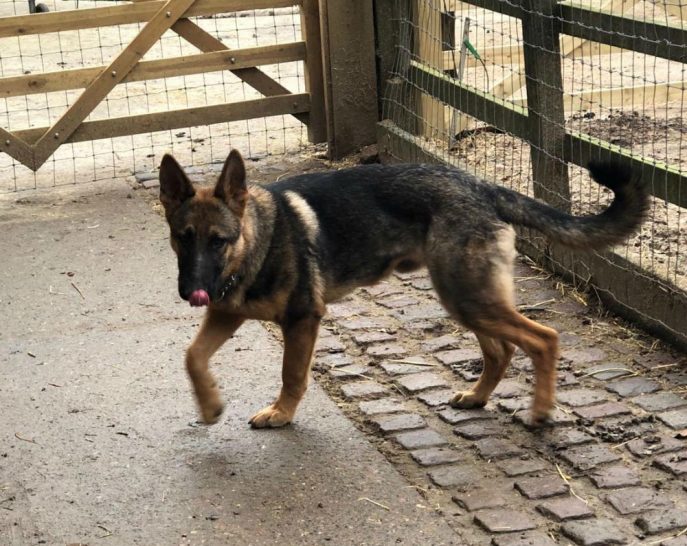 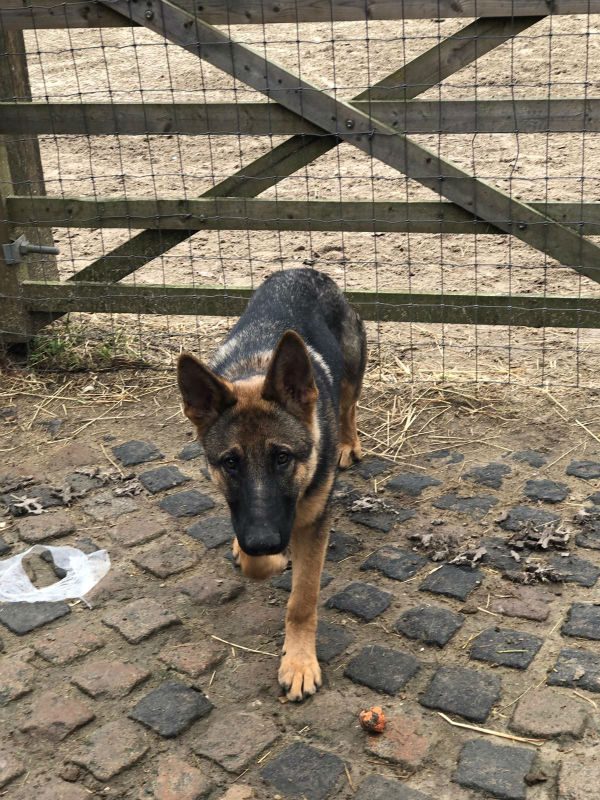 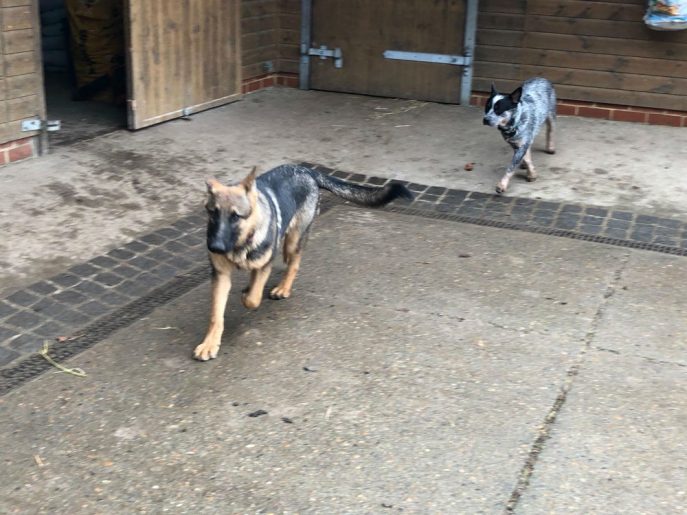 This handsome young man, Oscar, was born 10th August 2018 according to his microchip so is still only a baby. He is now fully vaccinated.

We were asked to take him in by another rescue as his owner wanted to give him up because he was aggressive! He was apparently living in a car and sometimes left at the yard at work at night but just kept barking at everyone. Quite simply this poor lad did not know if he was coming or going and had no stability, so thank goodness the owner had the sense at least to hand him over to rescue.

Oscar does suffer with nervous aggression, as in if you put your hand down to him, he feels intimidated and will snap at you. This is the result of his unstable start in life and lack of proper socialisation.  However, Oscar is currently in foster with other dogs and is happy to have strangers around as long as they are not in his face as such. He will happily approach them to a point with the other dogs and will decide to make friends in his own time.

Oscar will need an experienced home with minimal traffic to continue working with his socialisation with people as it will just take calm, time and confidence to let him understand and learn people are not the enemy. No children because of his issue but must live with another dog that can put up with his puppy boisterous play, and help continue to guide him along the right path with people. Once Oscar accepts you he is a typical young pup just wanting love and attention.

Are you Oscar’s special home?

Oscar has been adopted by his foster home.