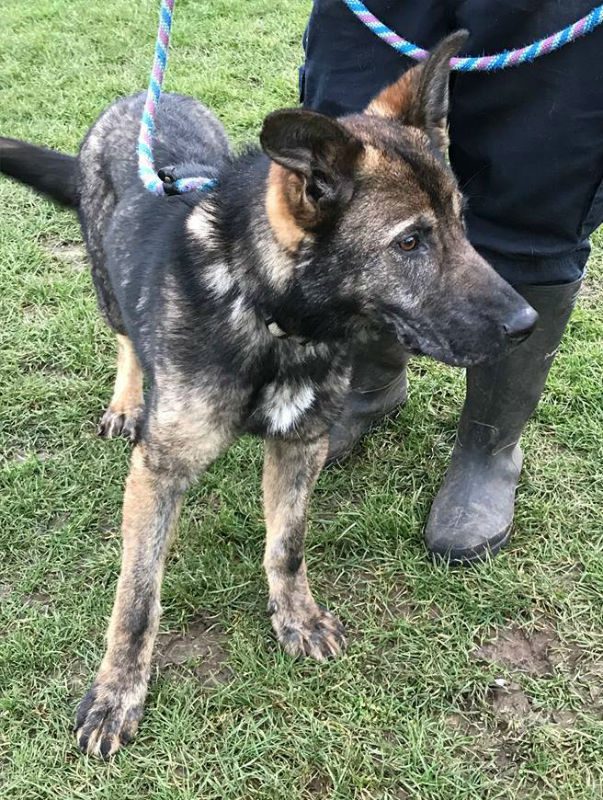 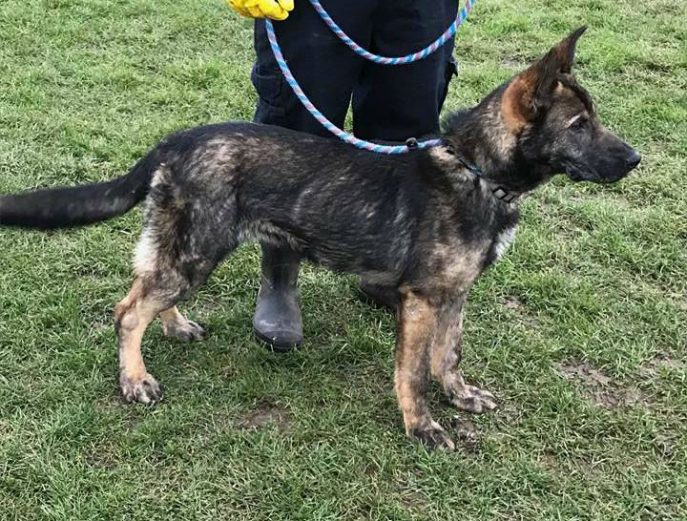 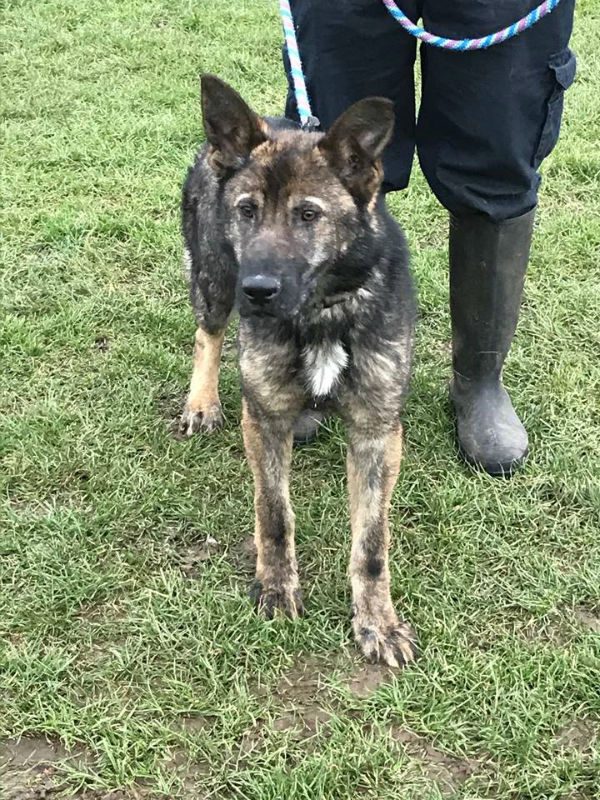 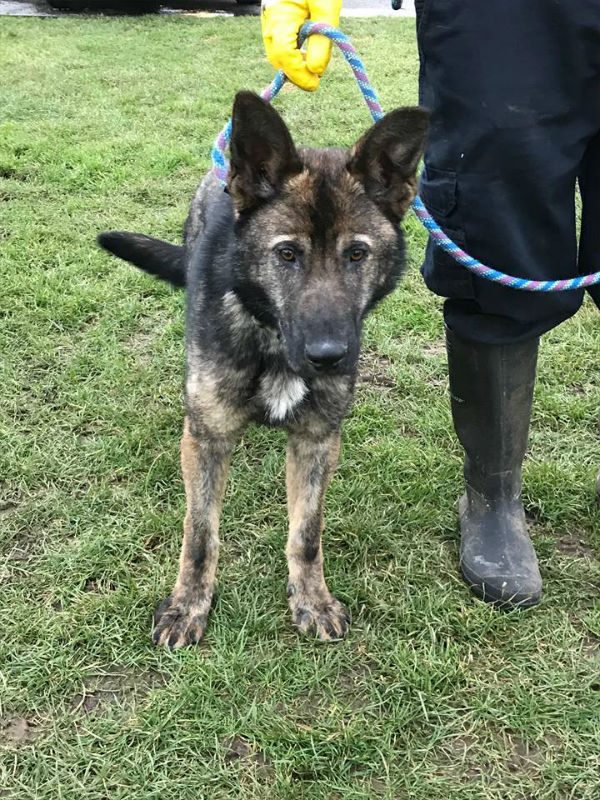 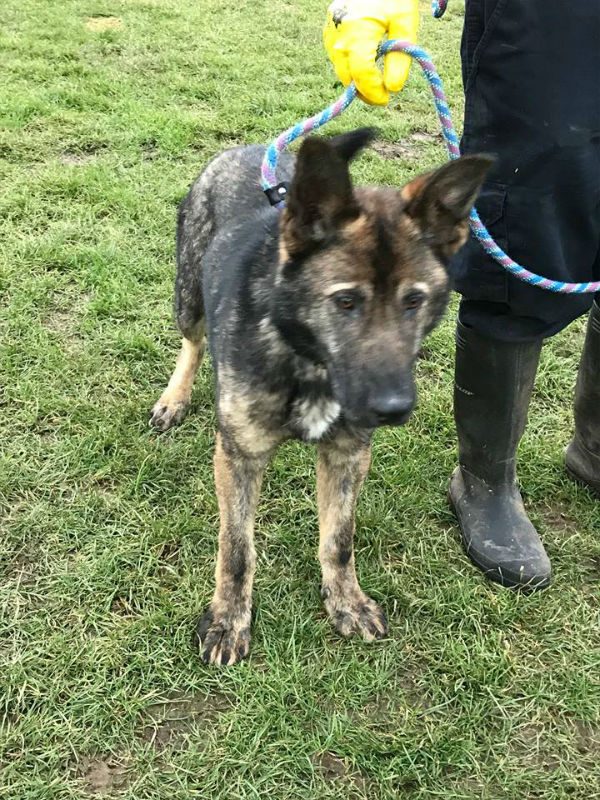 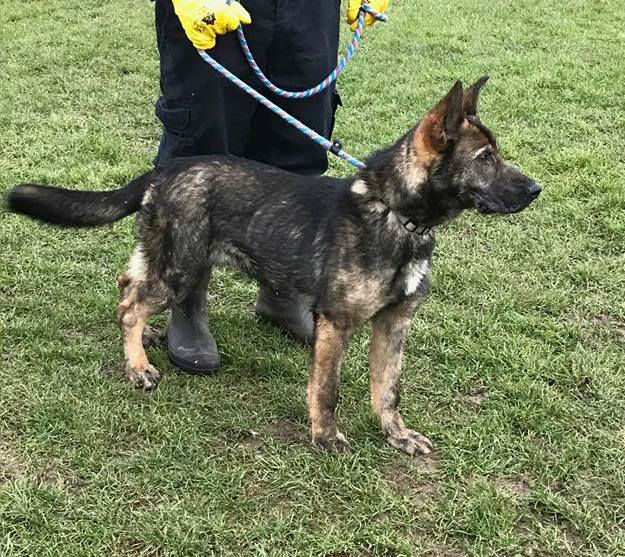 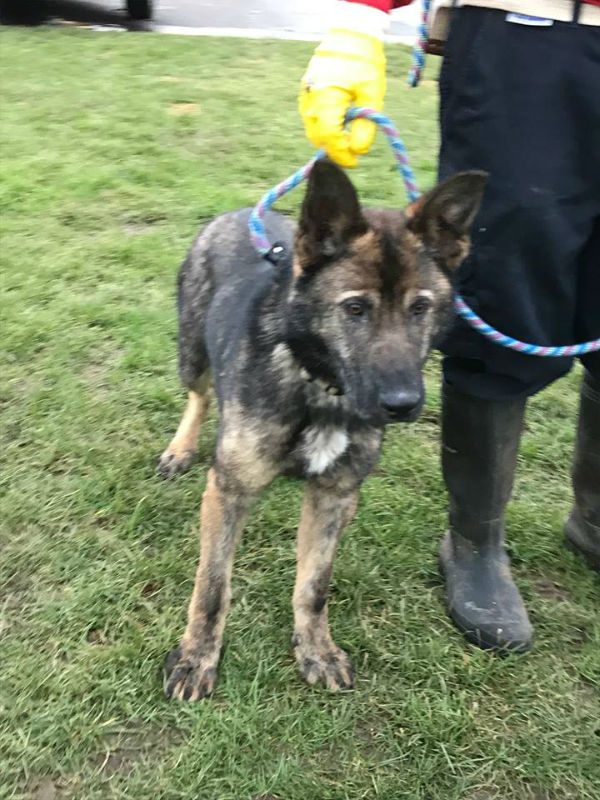 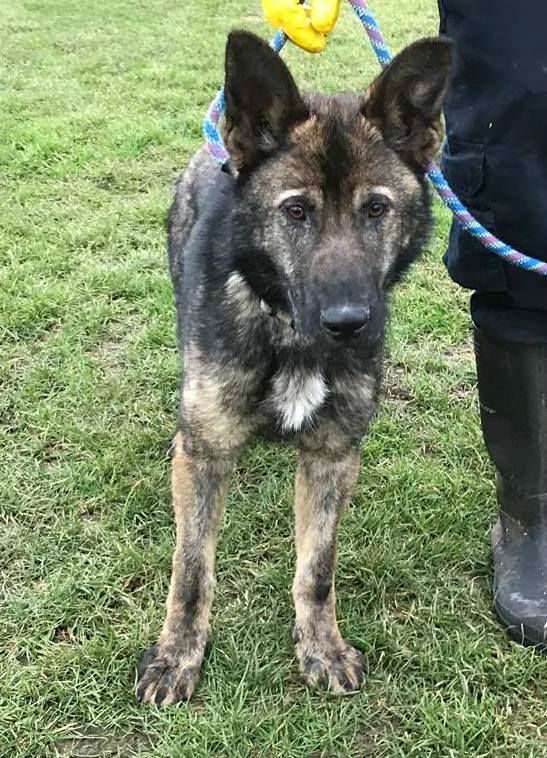 May I introduce Owen who came in with his sister Opium from another rescue as their owner does not want them anymore! They were born 4.7.18 and are both fully vaccinated and microchipped.

Their owner had bought them over from France with 2 others boys and all four were boarding at the same kennels over Christmas. He had homes for 2 and said the other 2 were up for rehoming. The plan was to sell the puppies and return to France due to ill health. They were then sent to the Police for assessment but neither are suitable as working dogs as they are too nice!

Opium and Owen have spent most of their lives in kennels but are the most super friendly and loving youngsters. Do still typically mouth so no very young children. Have been fine with all other dogs and met the kennel cat who they backed off from. Probably the first time they have ever seen one.

They will both need continued training and socialisation and of course going into homes, may need a little house training and boundaries instilled from the offset. They will in effect be puppies in a more mature body.

They do not need to be rehomed together but would love a home where there is another dog to play with and guide them along their journey.

Owen has been adopted!