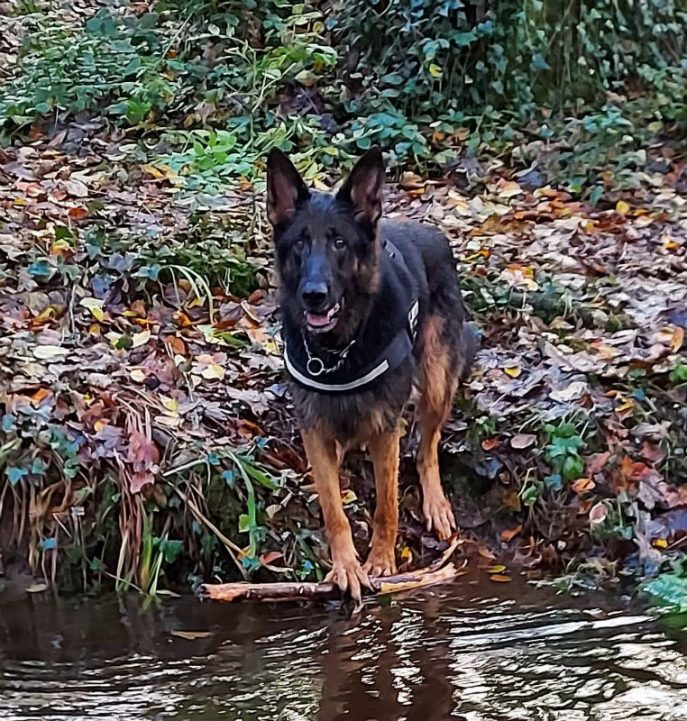 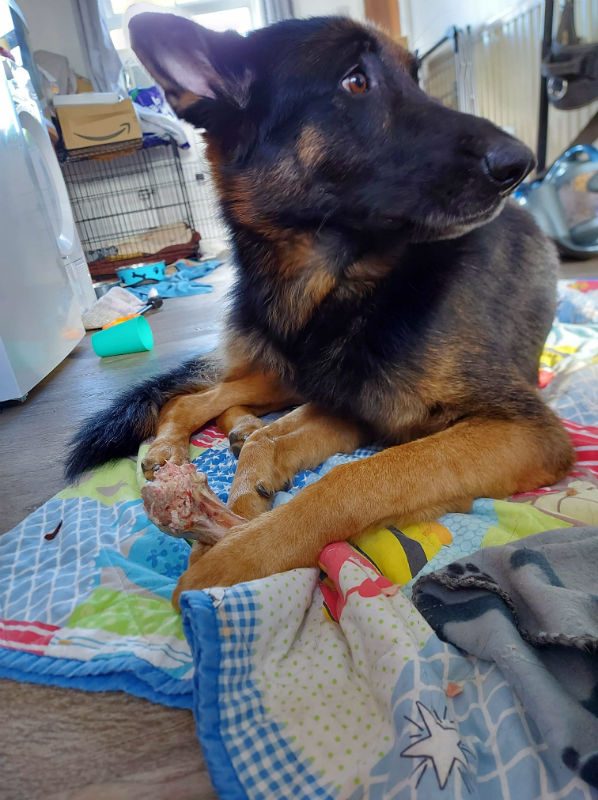 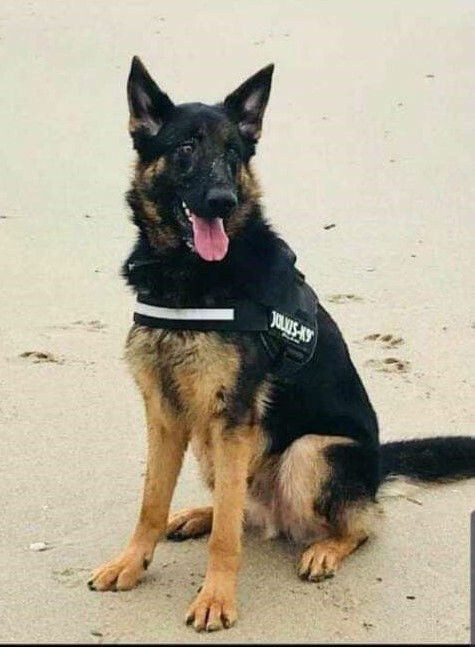 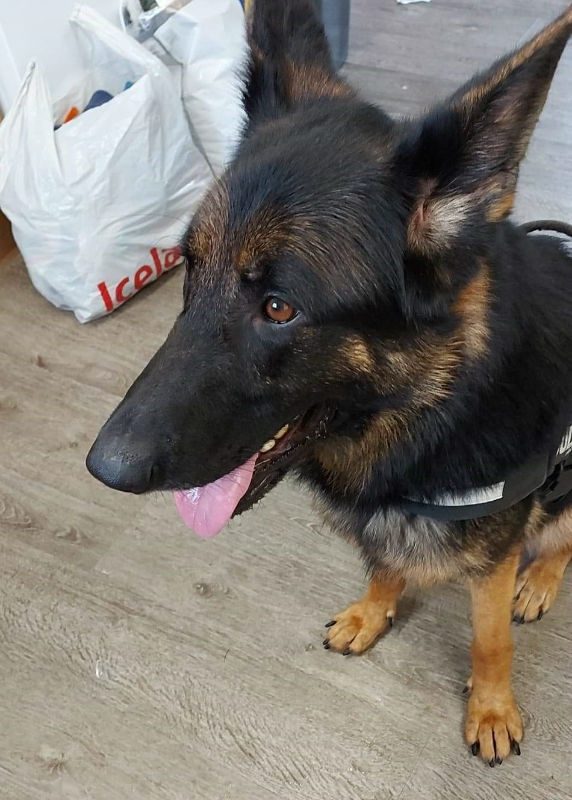 Pablo is 3 years old. He is neutered and microchipped but vaccinations will need to be restarted. We were asked to take Pablo in from a family who had him just 3 months and this is what we were told:

“The dogs name is Pablo, he was trained at 8 weeks old as a security dog, this included sniffer training for drugs (unsure which ones) and to trace people. We have had Pablo for 3 months now, we rehomed him after being told he was a very well behaved dog but his previous owner just didn’t have the time for him, since then we have had a few struggles with him. He is very playful but gets carried away and likes to mouth your hands or chew your sleeves and tends to jump up at people, he doesn’t always listen when told no. We don’t have his microchip number as the details haven’t been swapped over, we have been told he is vaccinated but unsure of when he is next due.

We have 3 young children aged 3, 18 months and 1 month old, Pablo doesn’t ever seem to settle around them and can be quite boisterous resulting in them getting knocked over and occasionally hurt, he will also jump at me while holding the baby. Pablo gets walked by my partner twice daily, in the morning and evening (before and after work) however he is an extremely strong dog and I am unable to walk him alone as he is too strong for me and I have the children to look after, I will let him out in the garden whenever he pleases however due to the training he has had, if he hears people or other dogs around he will constantly bark and refuse to come back in (this isn’t helpful when I have school runs to do) I have tried holding him on an extendable lead in the garden in the hope to get him in easier and he has pulled me over on a few occasions. We have tried various mentally stimulating toys for him such as ruffle mats, lick pads and various other toys but these are only a temporary fix for him.”

We would love for him to go to somebody that has the time for him, and can keep up with training him, and that preferably doesn’t have any children.”

The owners have done all they could but ultimately whoever sold them Pablo should have known better than put a high drive dog into a family home with young children, so they have done the sensible thing and asked for help.

We would not rehome Pablo with young children, but in a GSD experienced home that can give him the mental stimulation as well as the physical exercise this boy craves, should have few problems. We are told he is good with other dogs but this is to be assessed further.