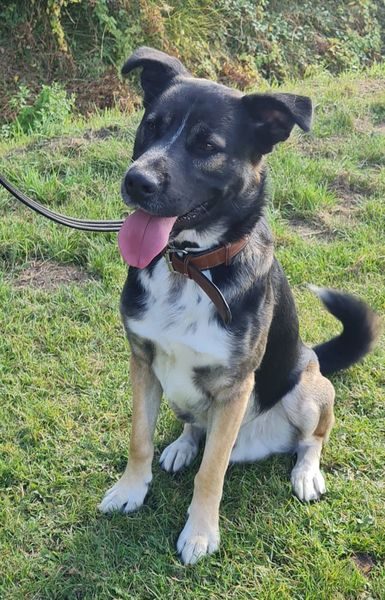 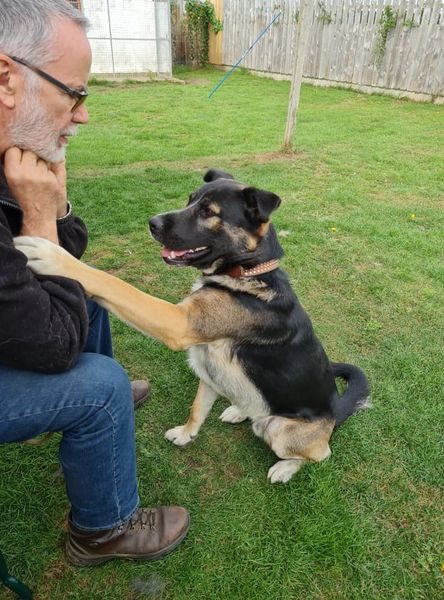 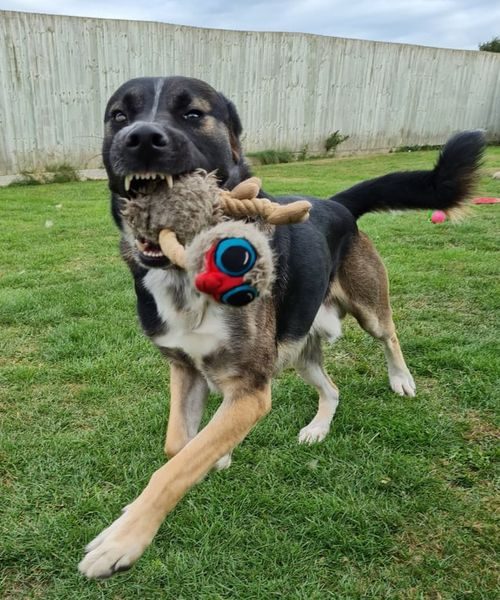 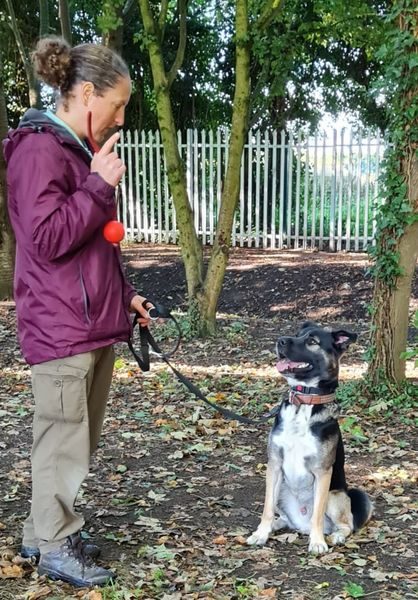 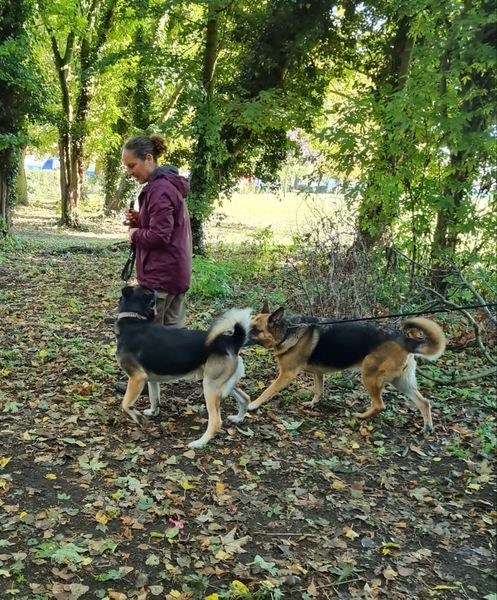 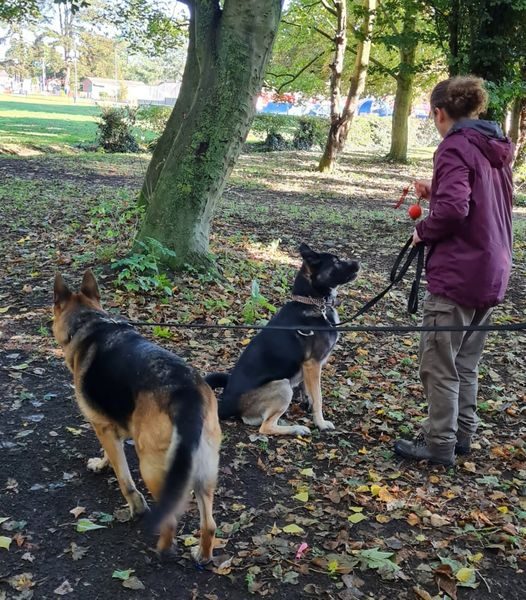 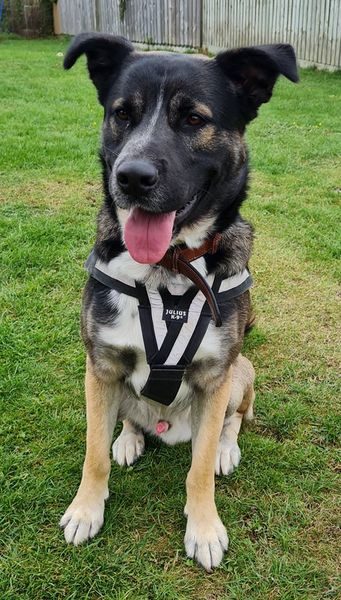 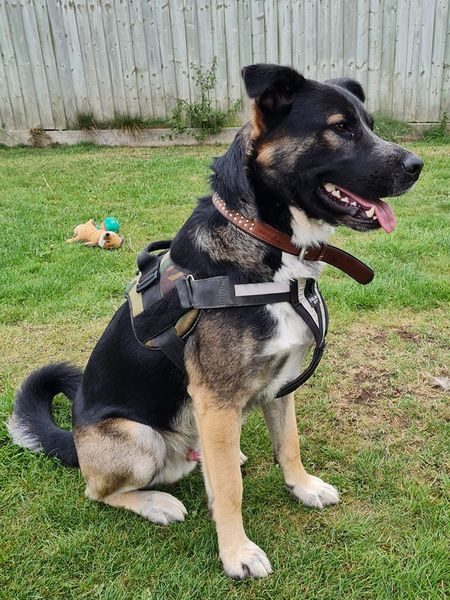 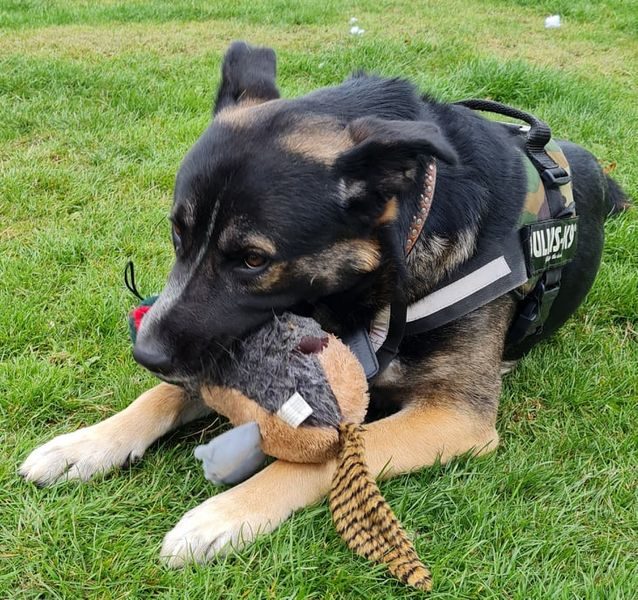 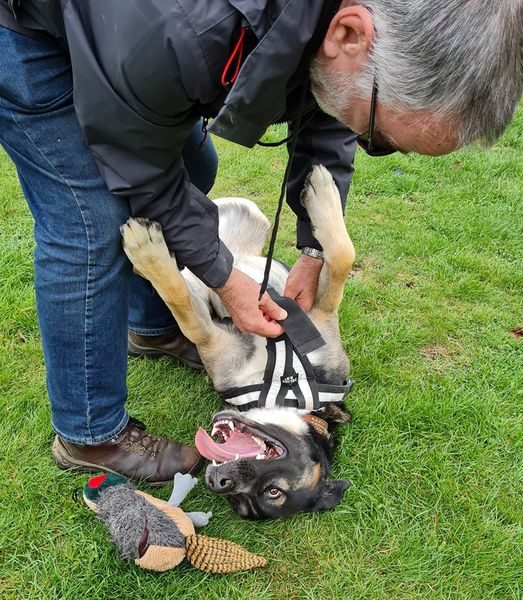 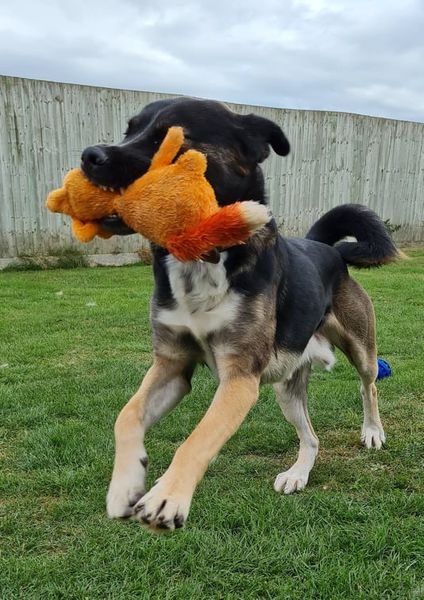 Peanut is a young male Cross (we think GS x Akita) who came to us as a welfare case so his history is unknown.

Since being with us he has shown himself to be a very friendly, very energetic and lively boy who loves to play. He has taken great joy and care to test as many toys as he can, succeeding in killing a few along the way.

In between playing and ragging toys he also likes a fuss from his volunteers before he goes back into bouncy play mode. On walks out he can initially be very strong on the lead and whilst he has walked with other shepherds, his uncontrolled energy and poor doggy manners didn’t bode him well and ended up with him being told off by the older dog. Continued socialisation with the right dogs will help with this. Whilst out he will pull towards other dogs but can be distracted with toys or treats but he has seen smaller dogs whilst at the park which in two cases has resulted in raised heckles and grumbles, one at an on lead high energy dog and at another on lead dog that itself did not appear friendly.

Peanut has some basic commands such as sit and down and his recall is a work in progress, as he is both toy and treat orientated further training in his new home should not be too difficult. Peanut travels well in a car or van and took his trip to the vets in his stride. As Peanut is very bouncy we would recommend older children only.