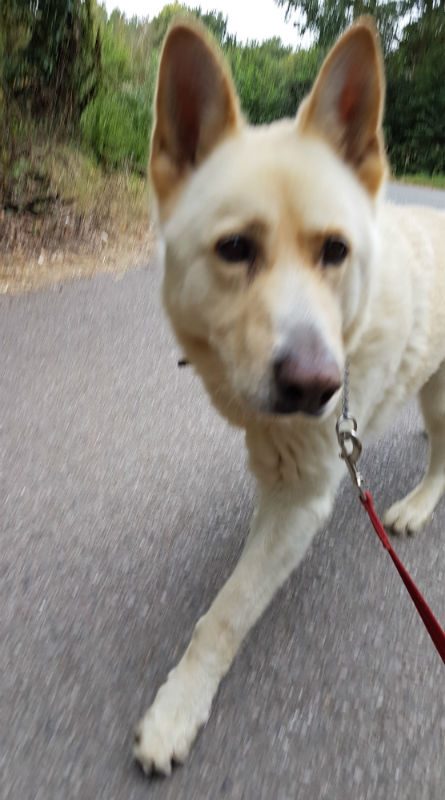 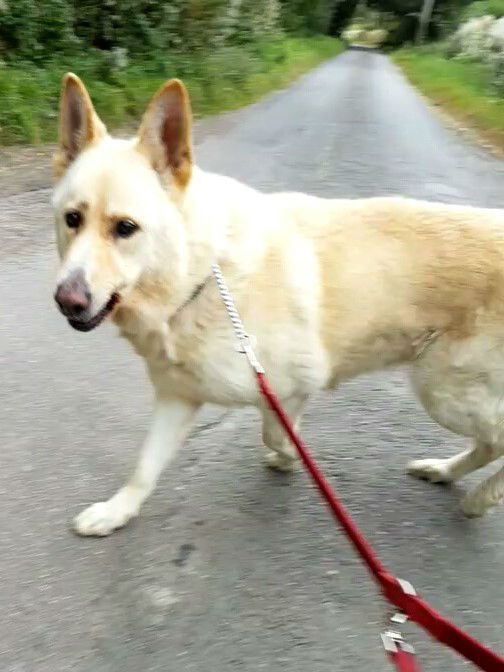 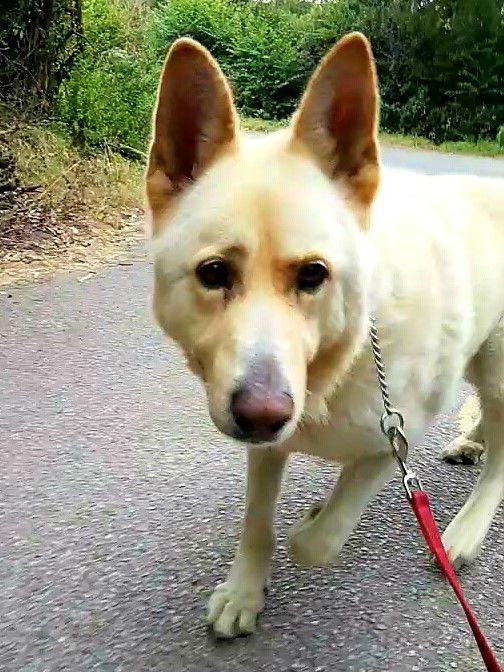 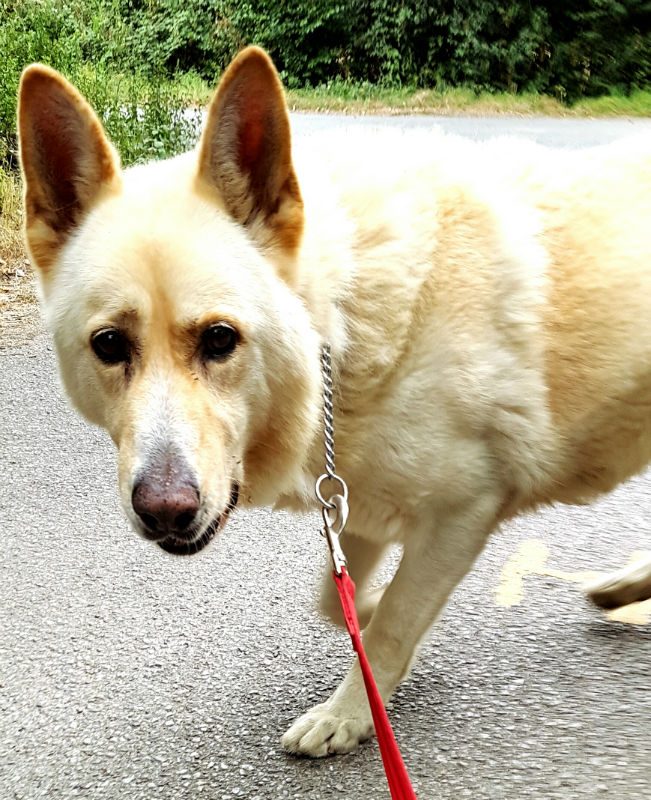 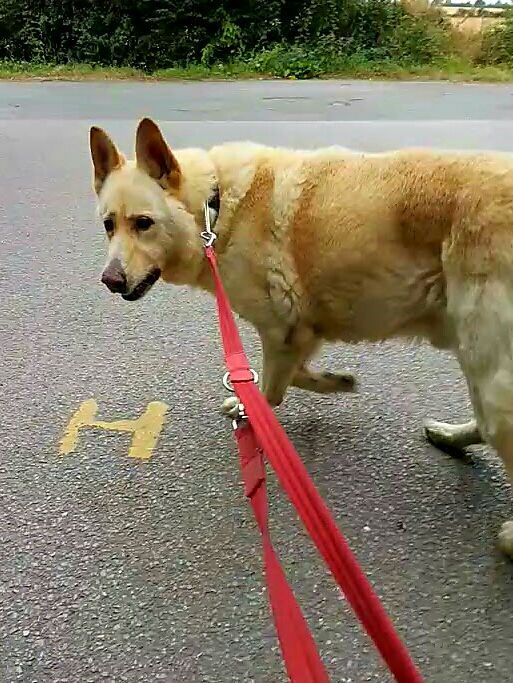 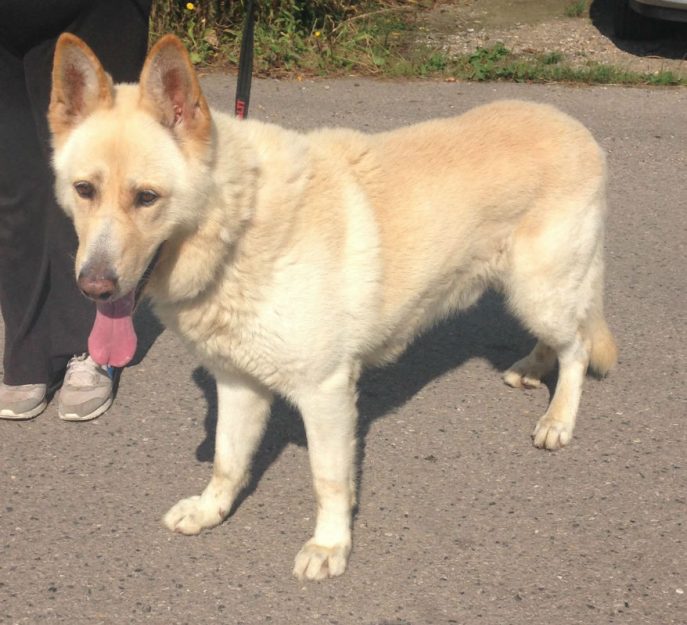 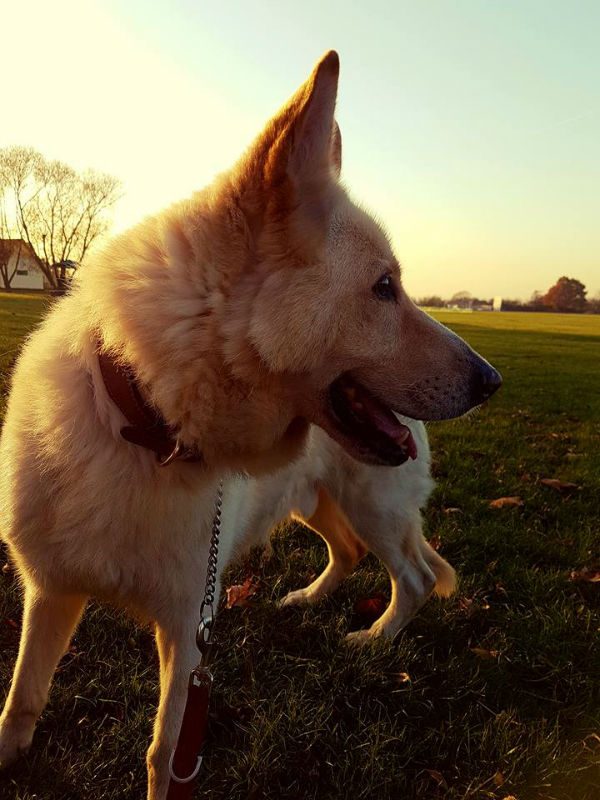 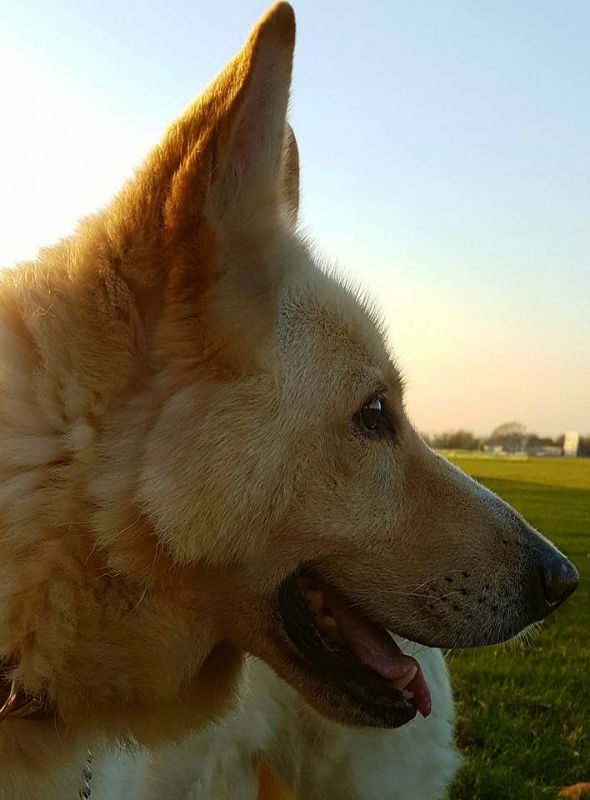 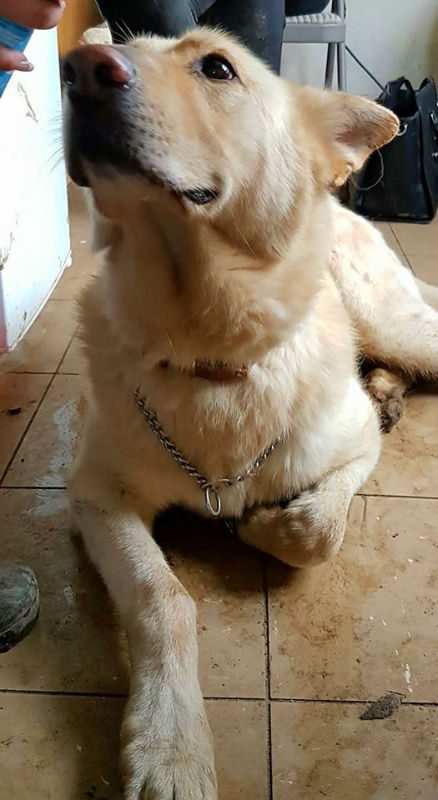 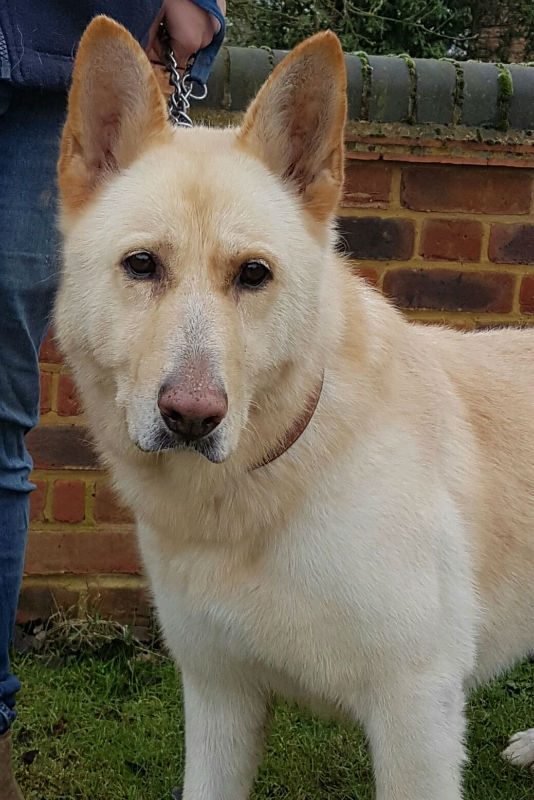 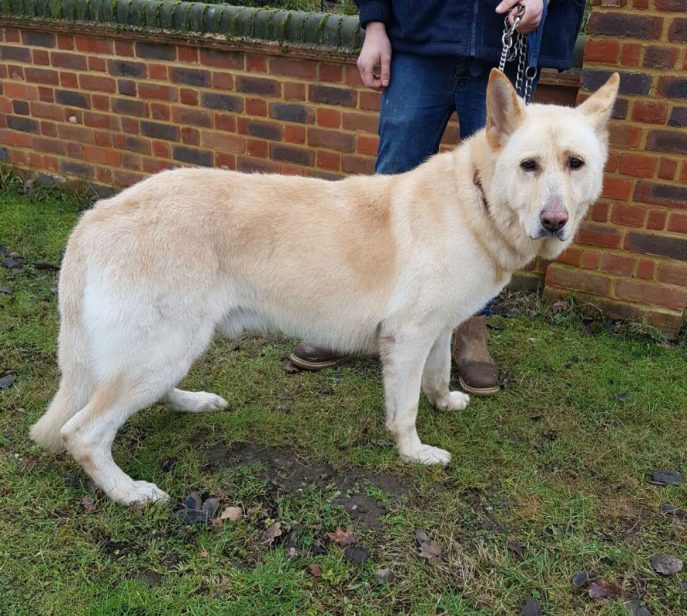 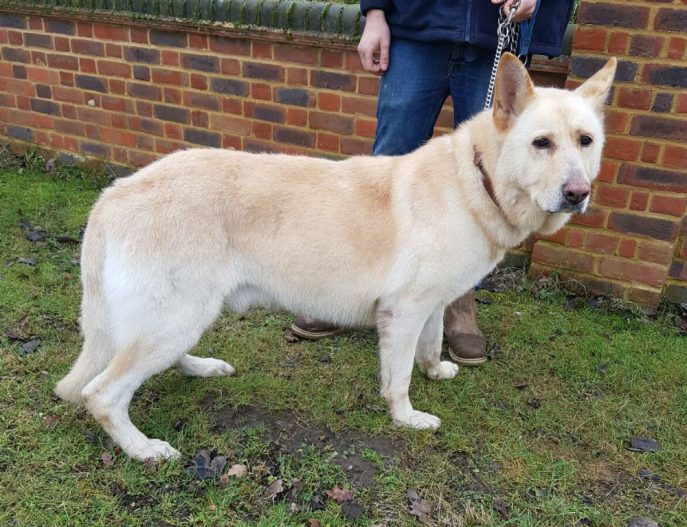 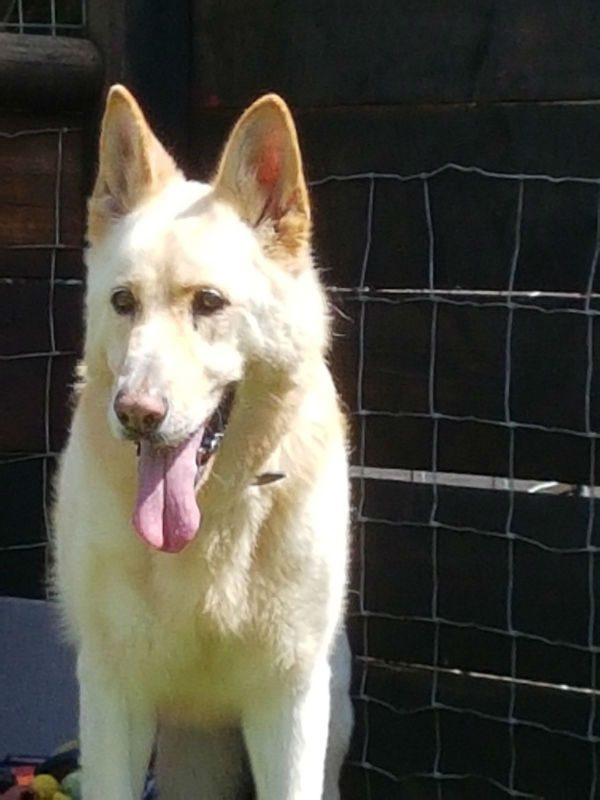 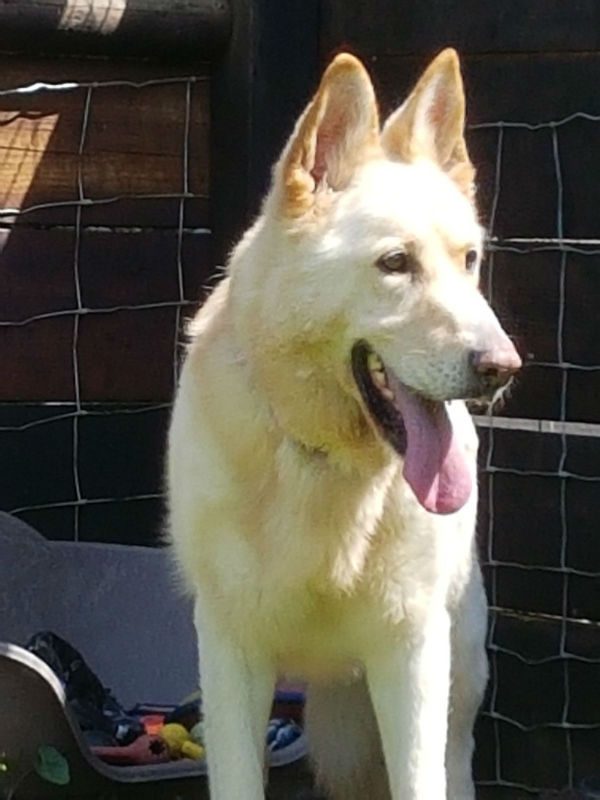 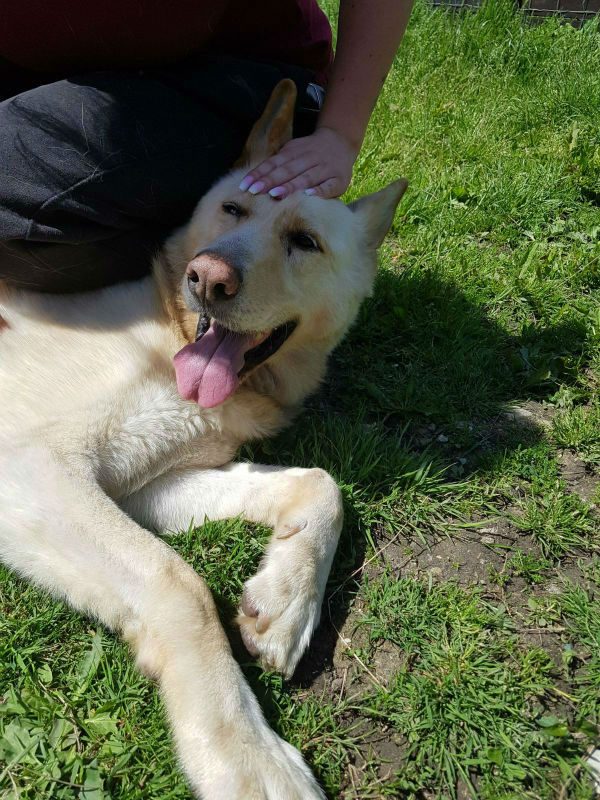 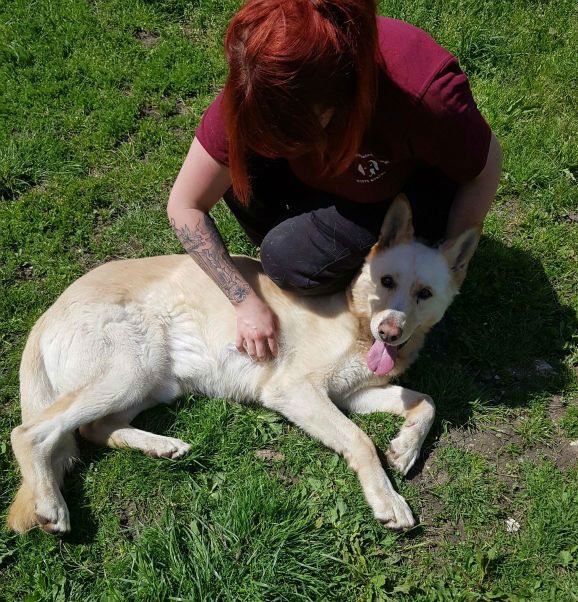 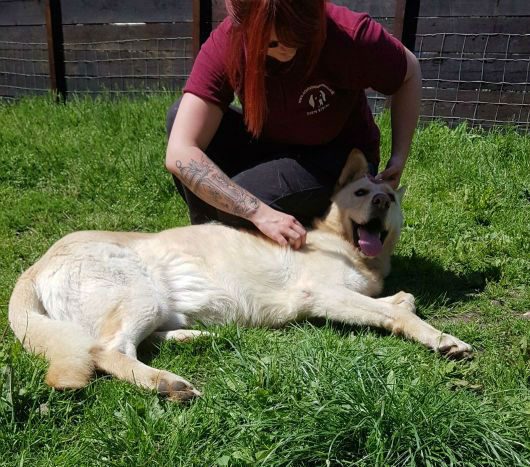 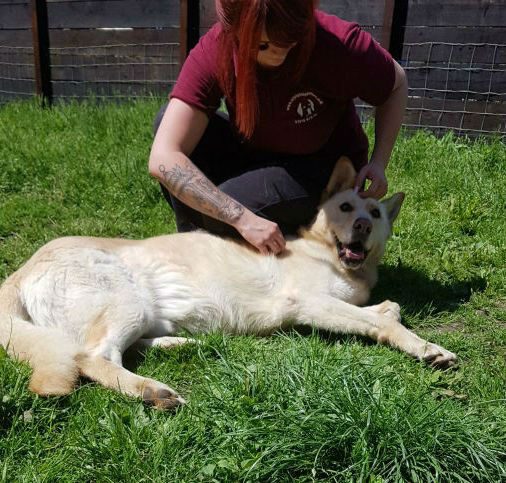 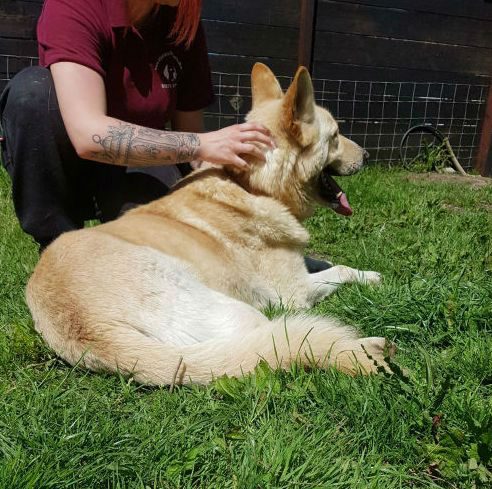 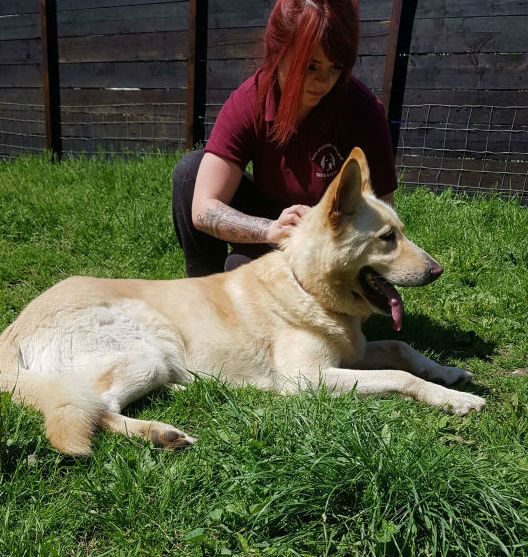 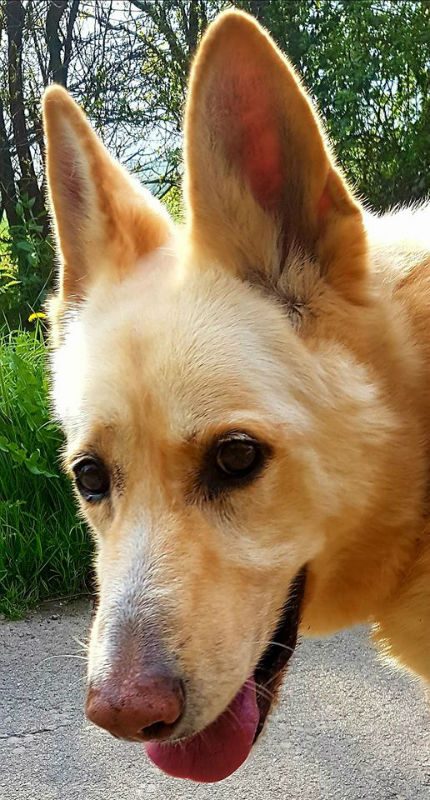 Polar Bear is 9 years old and arrived with us August 2016. Neutered, vaccinated and microchipped. Polar Bear came into us from the pound after he had been found as a stray in Kettering. We were told he could show aggression, but apart from not wanting to get on the scales when he arrived at the kennels, he has just shown he is confident in himself and will not be pushed about. It took him time but he does love the kennel staff now though!

Polar Bear can be very aloof until he trusts you. He does not like people in his face and does not want to be petted until he decides he is ready. We would not rehome with young children for obvious reasons. Happily walks with other dogs but would need to be the only dog in the home. A no to cats.

Polar Bear does have the onset of CDRM so would love a retirement home who has experience of this to see out his days. It will need to be a very special home that will give him time and space to bond in his own way, a quiet home with little through traffic, and a nice outdoor space where he can potter and relax.

Polar Bear has passed peacefully over Rainbow Bridge when the CDRM became too much. He was very much spoilt and loved by the kennel staff and had his own special space where he could relax. X