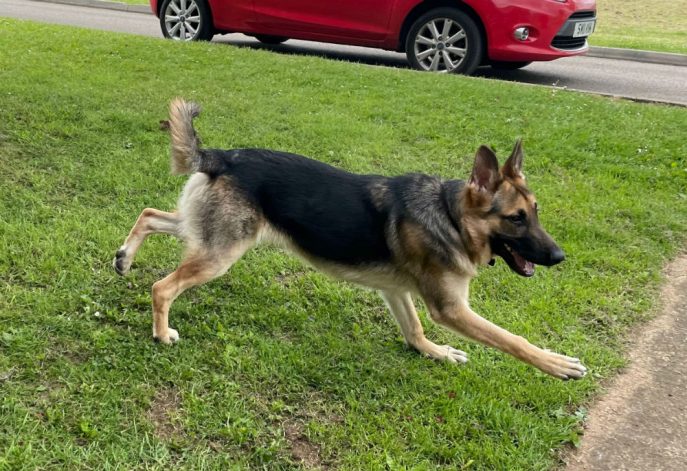 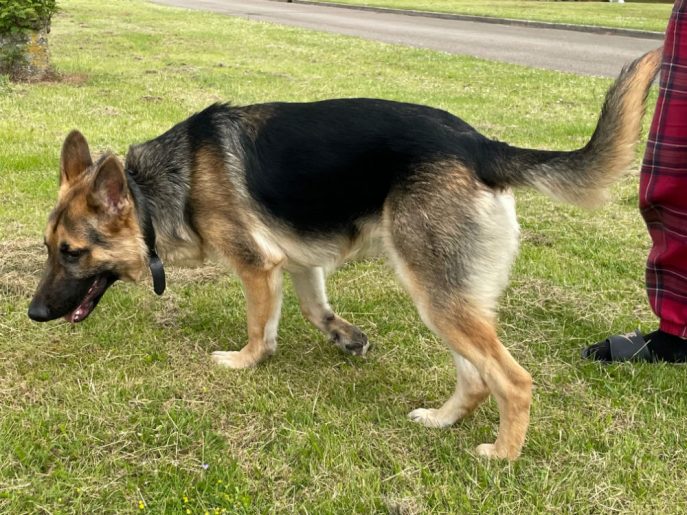 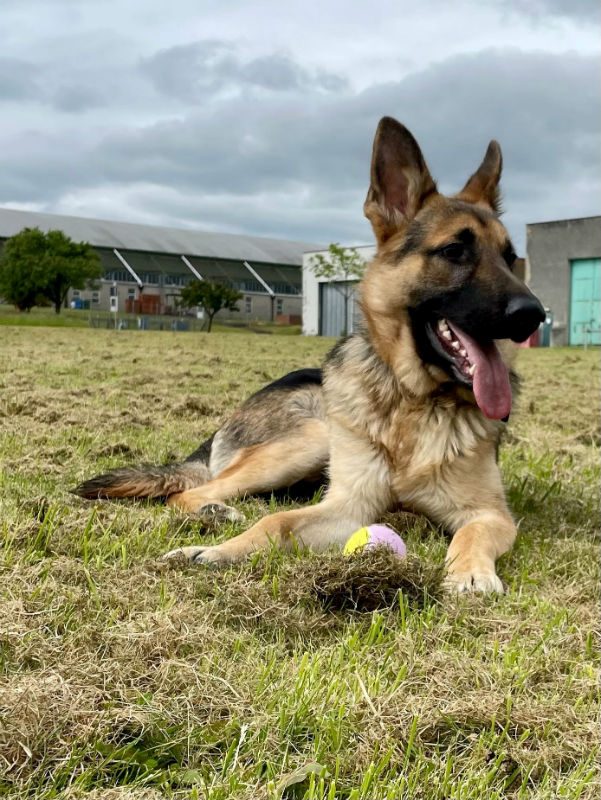 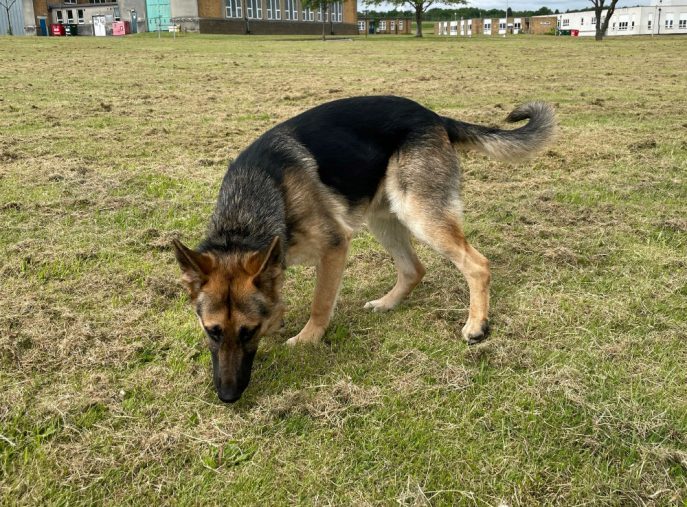 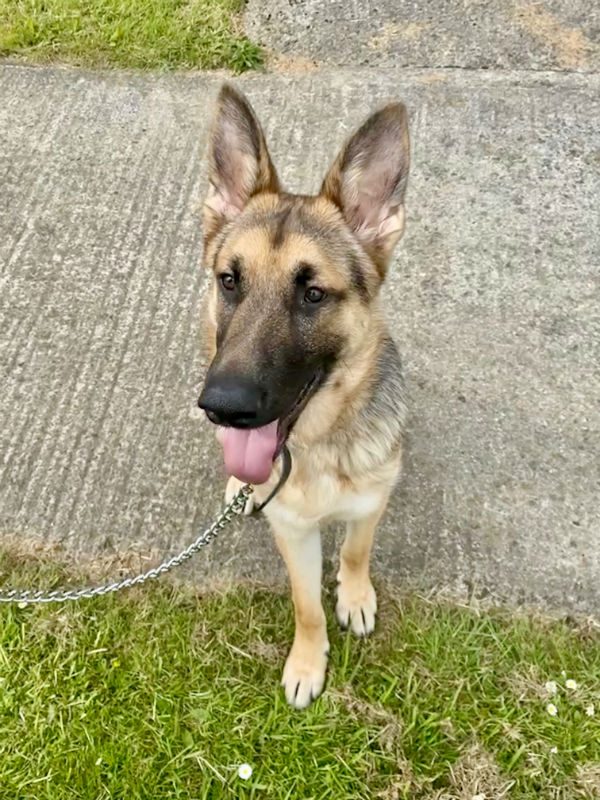 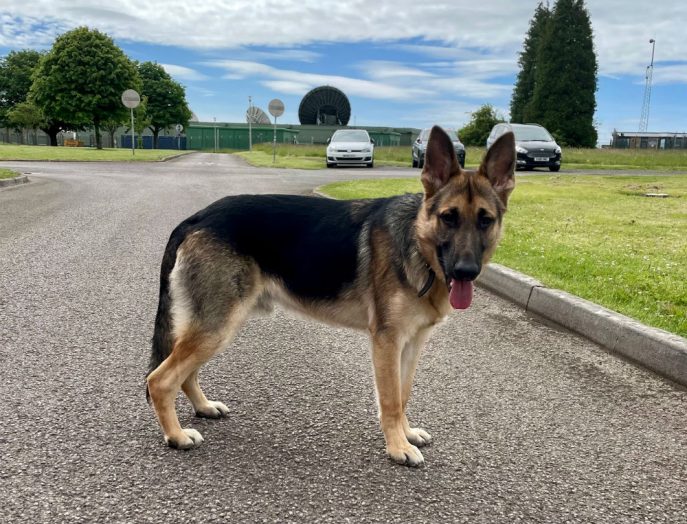 Prince is not even a year old and is looking for a new home. He is microchipped and fully vaccinated but not yet neutered due to his age. Being rehomed due to a health problem with his owner meaning he is not getting the time or training he needs which has resulted with him becoming fixated with his own tail out of frustration. Unknown with children so older only as he displays nervous aggression with new people, but good with other dogs. Has prey drive so no cats or livestock. This is what our volunteer has to say about him:

“Since meeting him two months ago (he had two training sessions with me and his present owner), Prince’s emotional state has deteriorated. Largely due to his owner being unwell and his extreme dislike of being in Barracks with other upsetting and unusual noises. Prince has developed a repetitive behaviour – tail chasing. Needs careful and patient retraining and management.

He barks at strangers when unhappy, tends to rush up to them to bark but quickly turns tail, barking as he goes. He does know ’sit’ but clearly has not had enough training so he has lost his ‘down’ and only sits when nothing else holds his attention. His recall is poor, he pulls on the lead terribly and hasn’t been introduced to harness slowly enough so that he is not scared of it. The positive side is that he loves the car! He has a strong association with it and knows it’s a means to escape and wants to use it. I believe he misses his older female GSD friend whom he did get to live with for 3.5 weeks when at home. Told he’s good with other dogs and even plays gently with a new puppy within the accommodation. When I was able to use treats to distract him, he did respond and remember the games I had introduced to him but he has all but forgotten his basic training of a ’sit’ and ‘down’ unless he is in a calm state

The bright side is that as he remembered me, he was very happy to receive neck and chest scratches, even kisses on his head from me too. He doesn’t like men leaning over him or grabbing at his ears. He will need gentle handling and introduction again to men.

Conclusion; I believe is that he should be in an adult or quiet family home, with another older, calmer female (spayed) to show him the way. He needs and must have patience and calm games based training to bring on his confidence and also to help him learn about new things not needing to be scary. He must also be on a harness that is slowly introduced to him for walks but no need for a muzzle. A rural setting would be best, ideally a home that will allow him everywhere as he is used to this and sleeps with his present owner on her bed.”

Prince has been adopted.

Location:
Wiltshire - IN HOME
Sex:
Male
Age:
DOB 13.9.21
Neutered:
No
Good with children:
Yes - Older Only
Good with other dogs:
Yes
Good with cats:
No