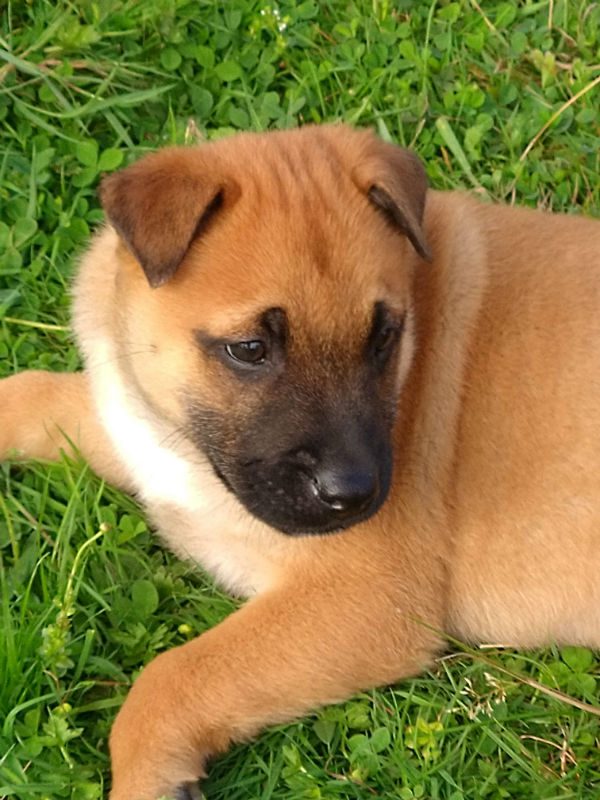 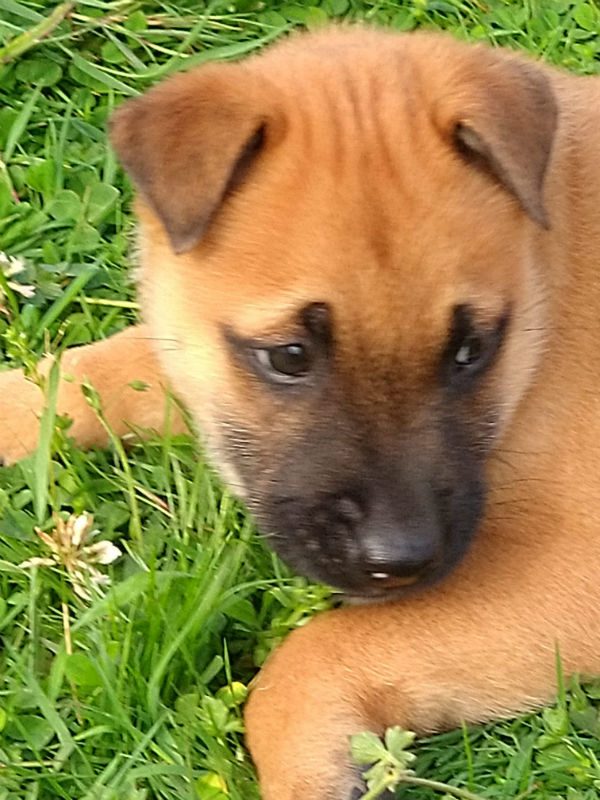 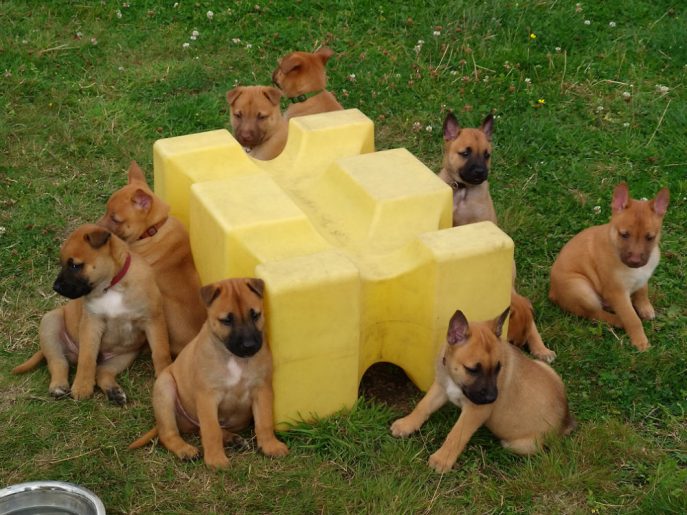 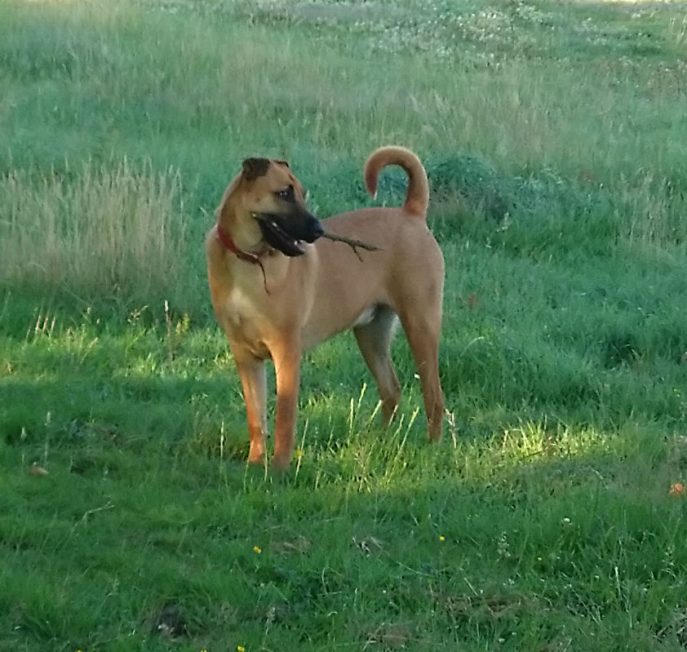 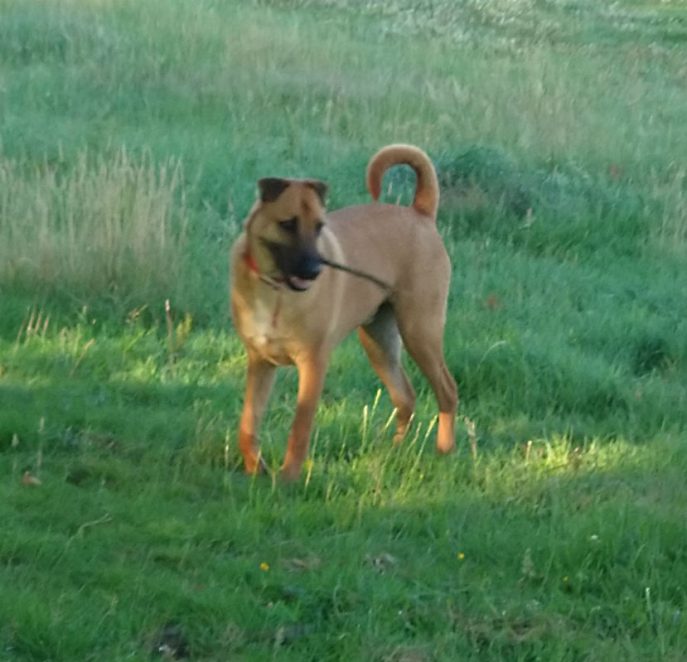 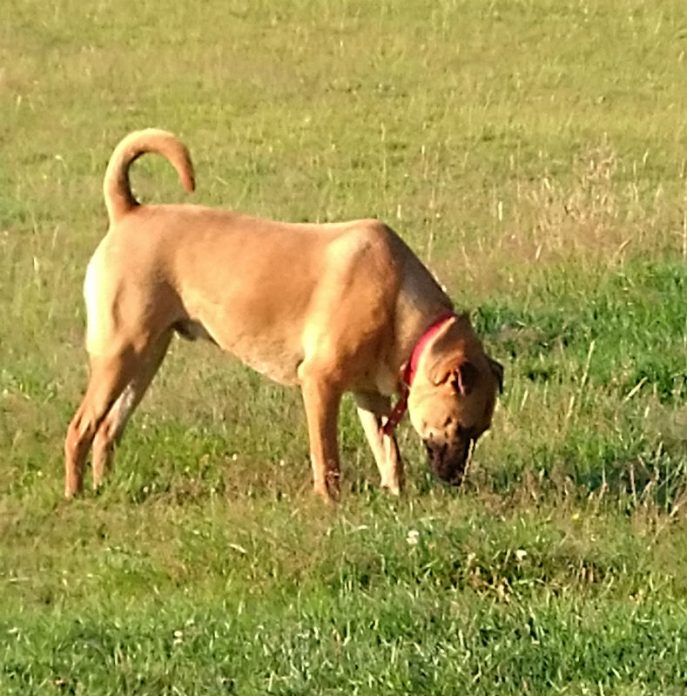 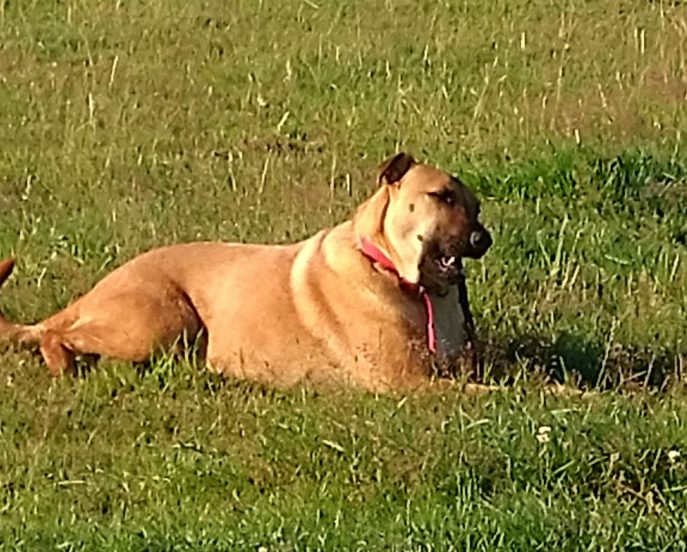 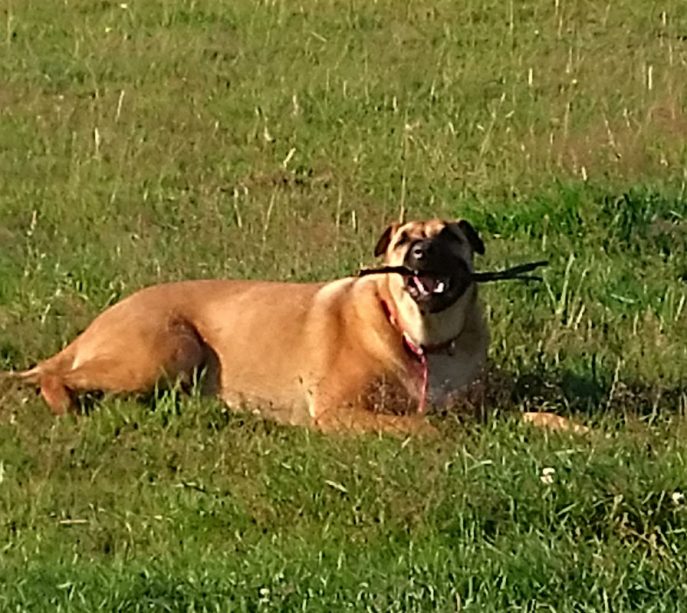 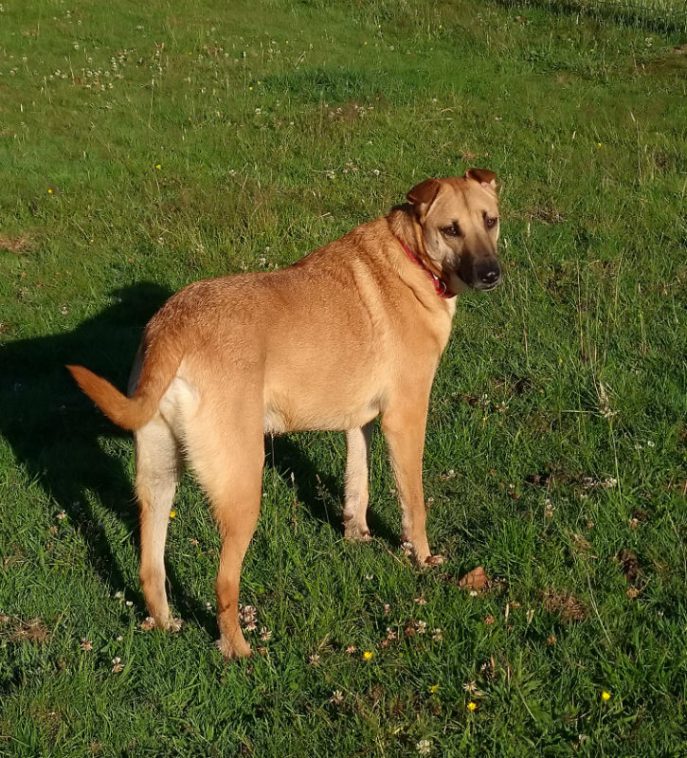 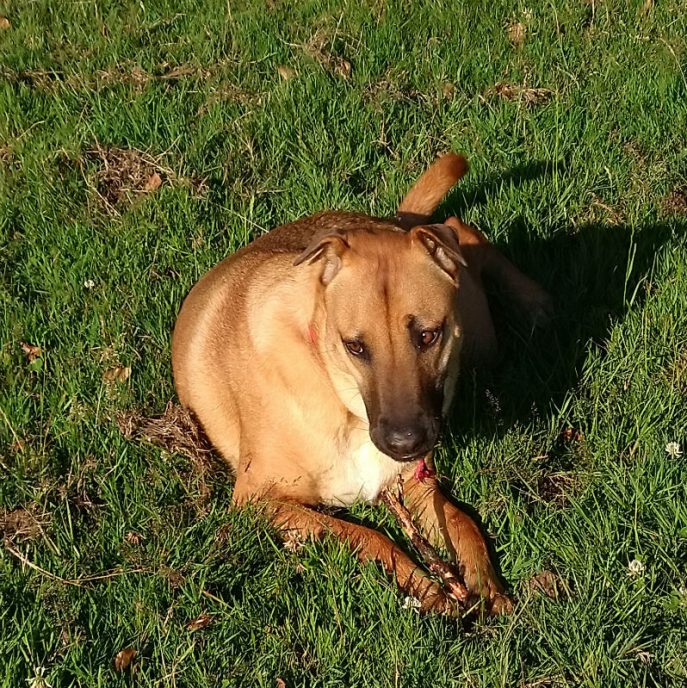 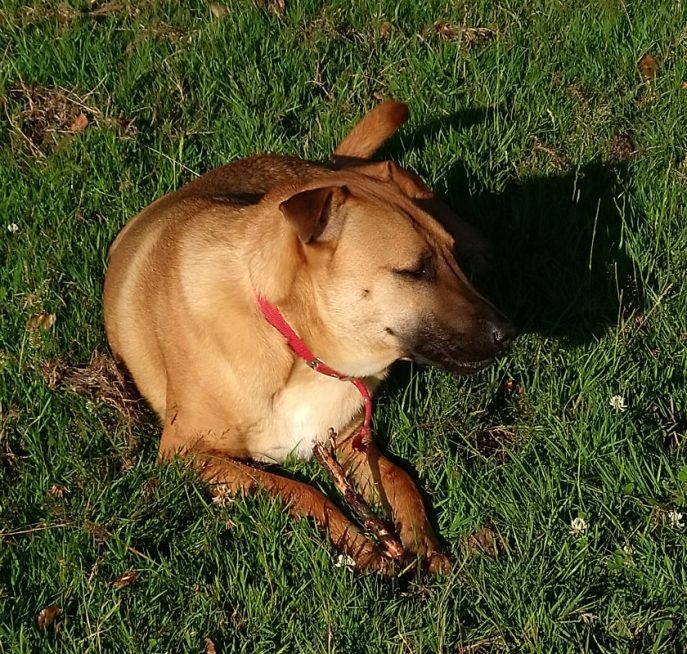 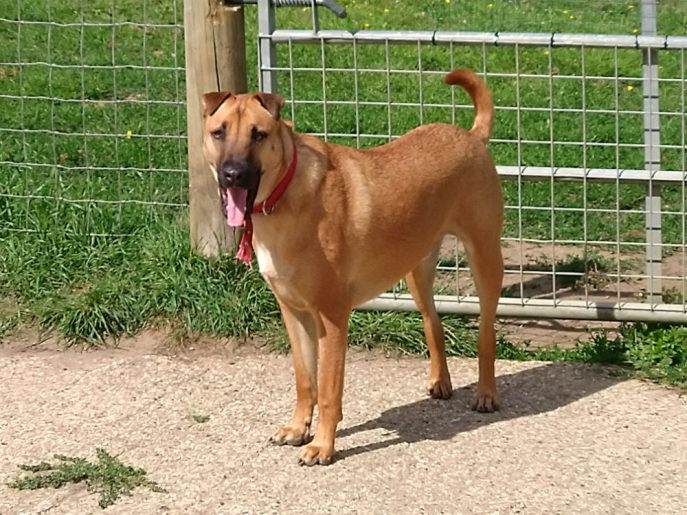 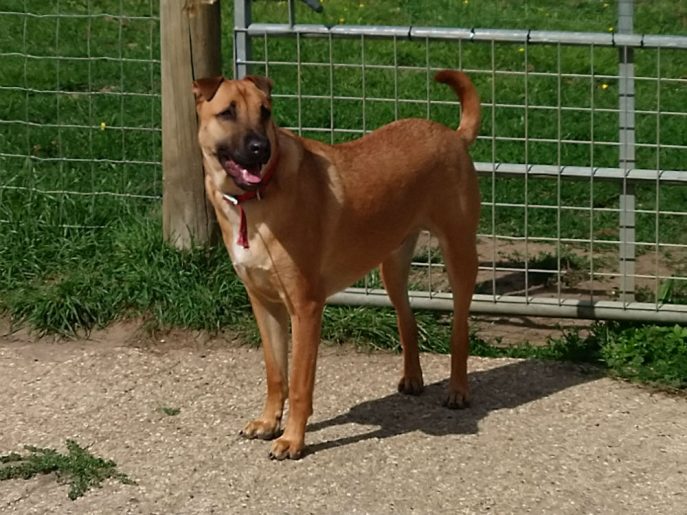 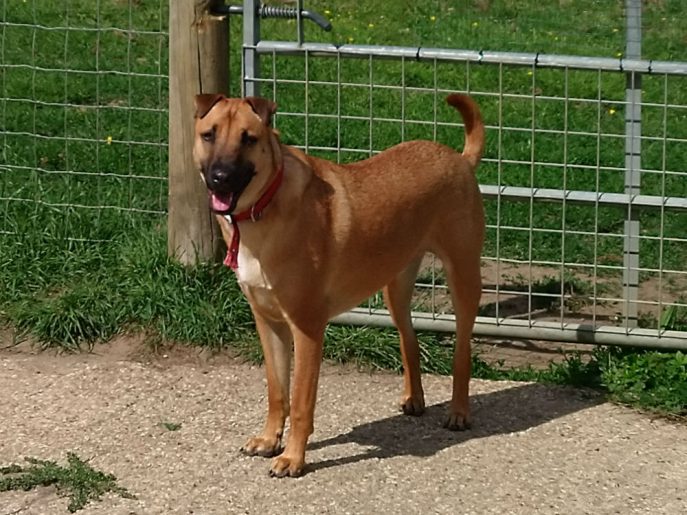 Her full story can be found here:

Red was adopted by a family, however sadly is back for rehoming. He attacked the resident bitch, for no reason they thought. It was discovered the next morning that a dead pigeon was outside and we believe he thought she was going to steal his ‘prize’. There were no injuries, just spit and feather fortunately. Sadly the family felt they could no longer trust him with their young grandson and the bitch was now scared of him also.

Red has been in foster with 4 other females, 2 of which are his sisters. They take no crap from him! He does however try to wind the 2 older bitches up by goosing them, and then seems to enjoy them turning round and telling him off. It is like a game which we have worked at to stop. He also illustrated the same behaviour as in the home one day when he came across a dead rabbit and one of the older bitches went to have a nose. His prize and he did not want her to get it. He was firmly told off by the bitch and myself and backed down immediately.

Red is very nervous of new people and new dogs and takes time to trust but once he has, he is putty in your hands. Sadly due to lock down he has missed out on people socialisation. He loves cuddles and playing with the other dogs. He tends to instigate them chasing him and then he runs like Scooby Doo. Loves his food but sits patiently for his turn for treats which he takes very gently.

Red would benefit from a home that has low traffic, older children only, and a strong, dominant bitch who will play with him but also able to keep him in line. His ideal home would be a lady on her own. Special home needed for this special lad please and may need several meets.