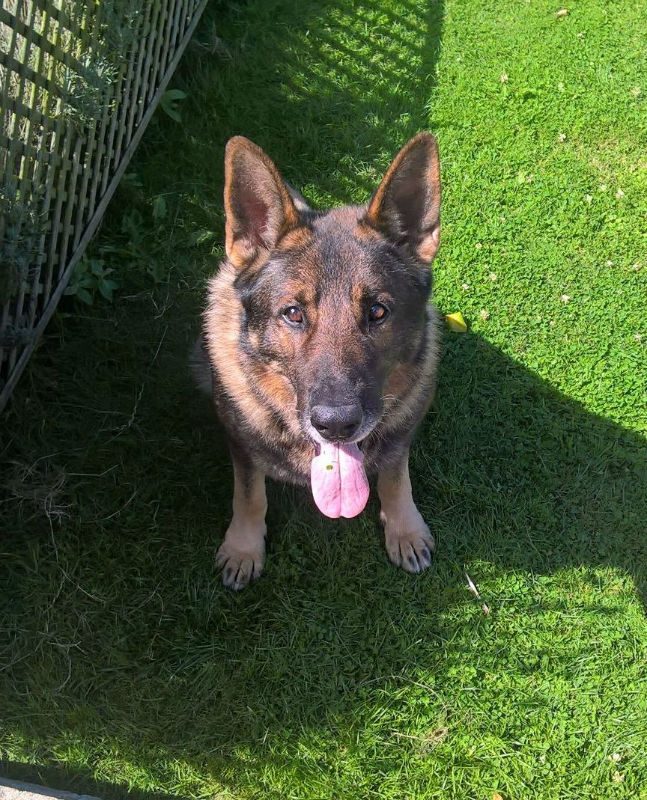 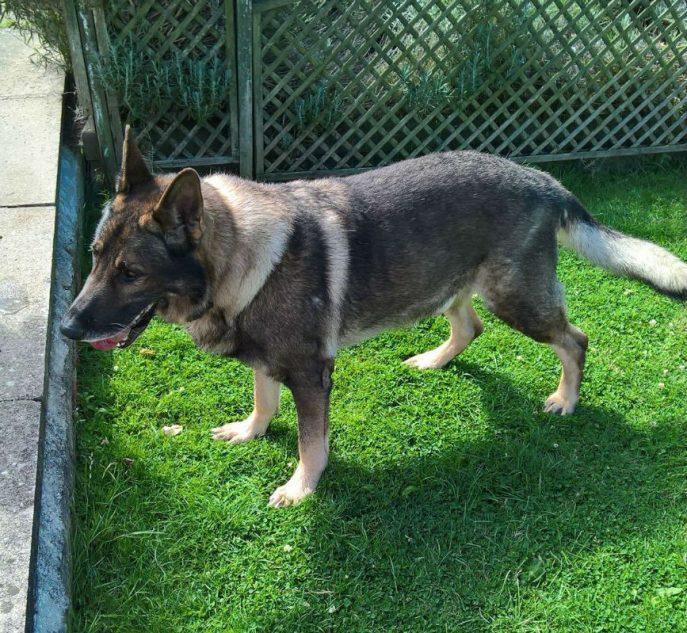 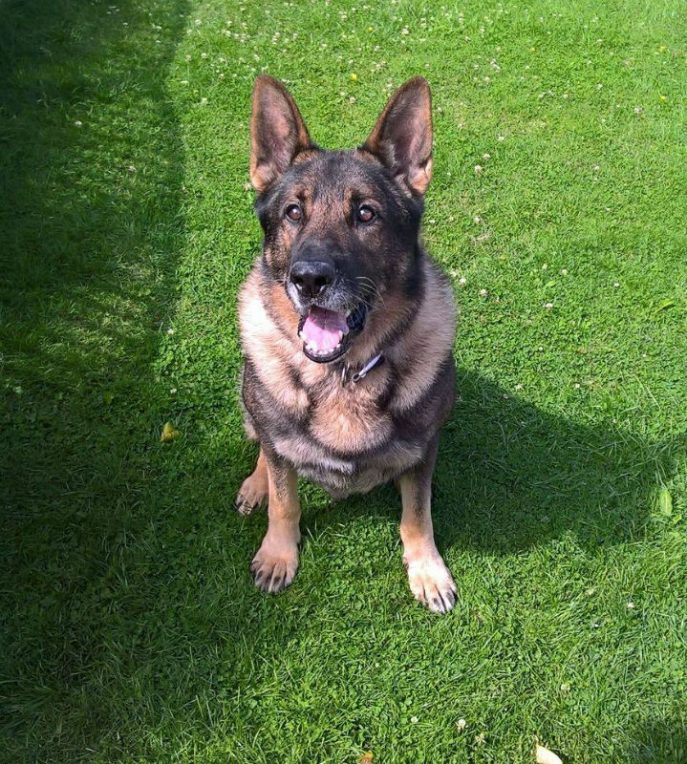 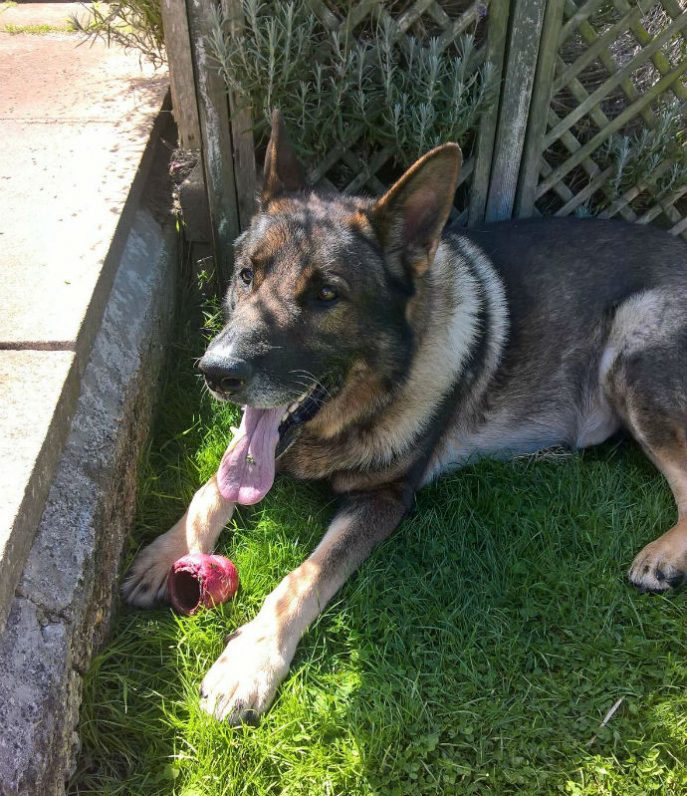 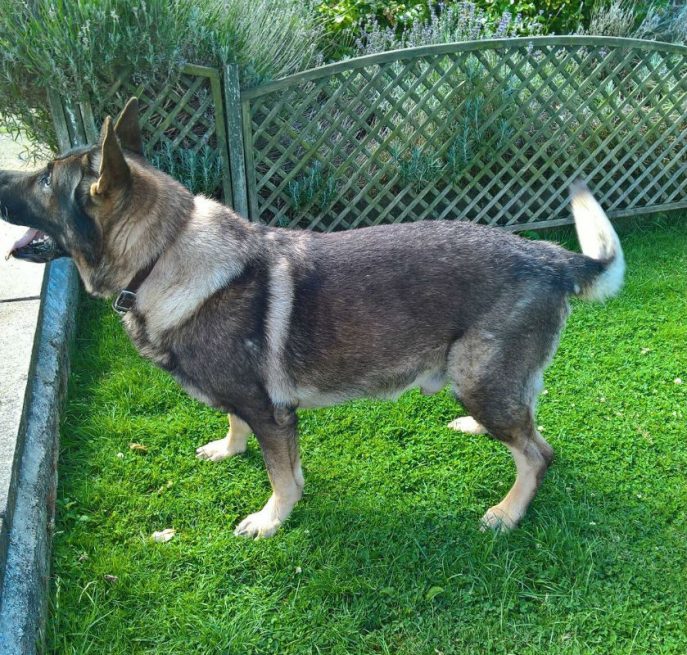 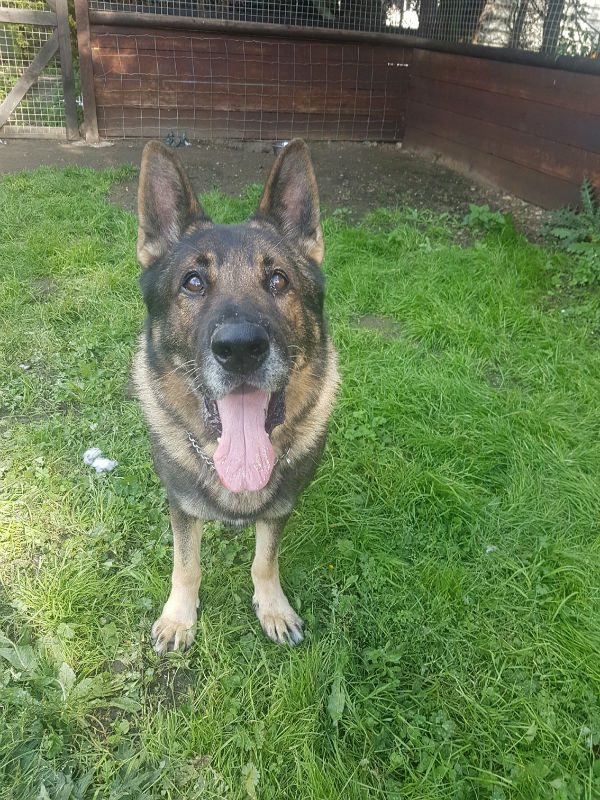 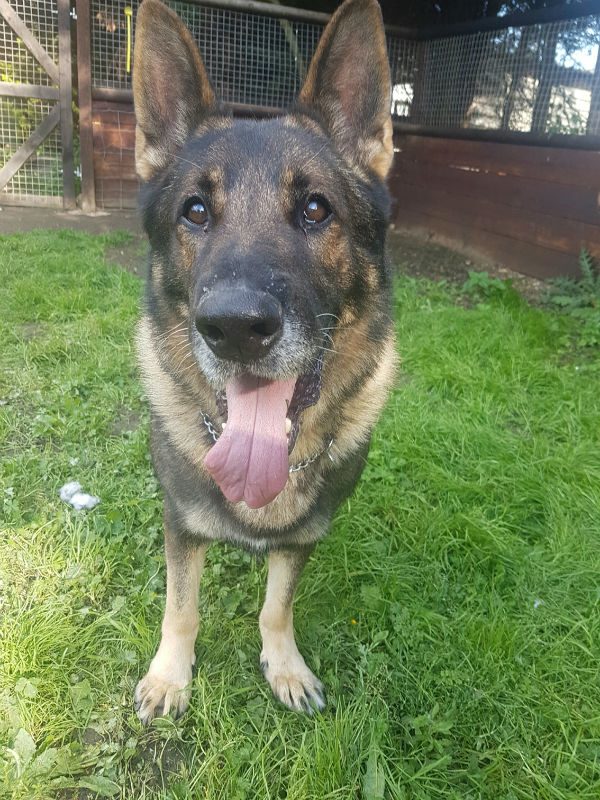 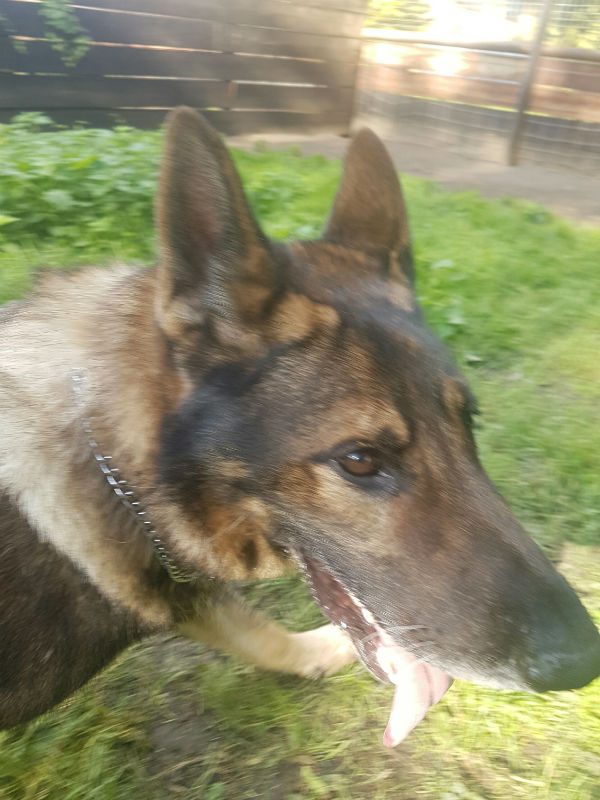 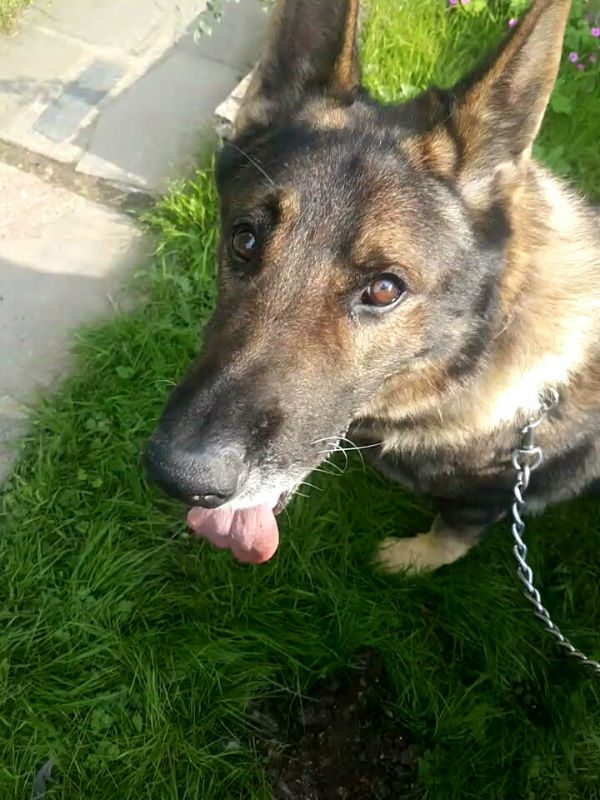 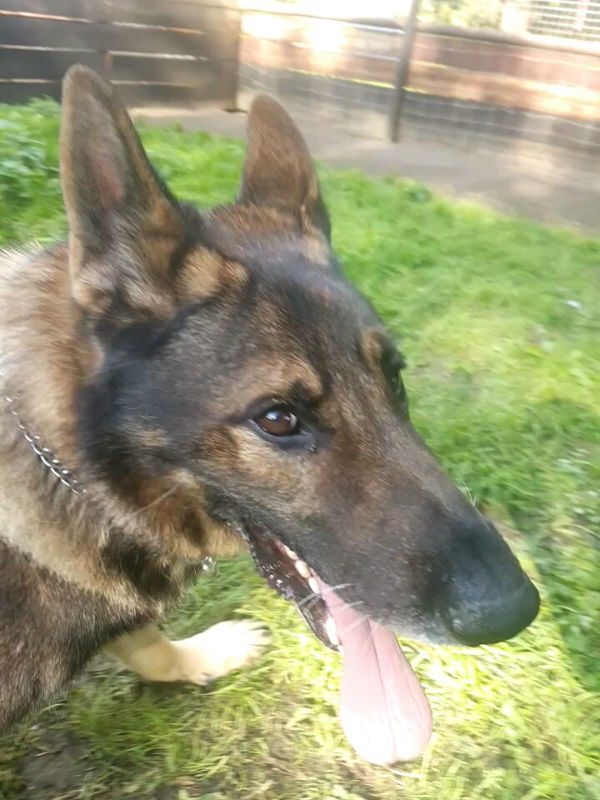 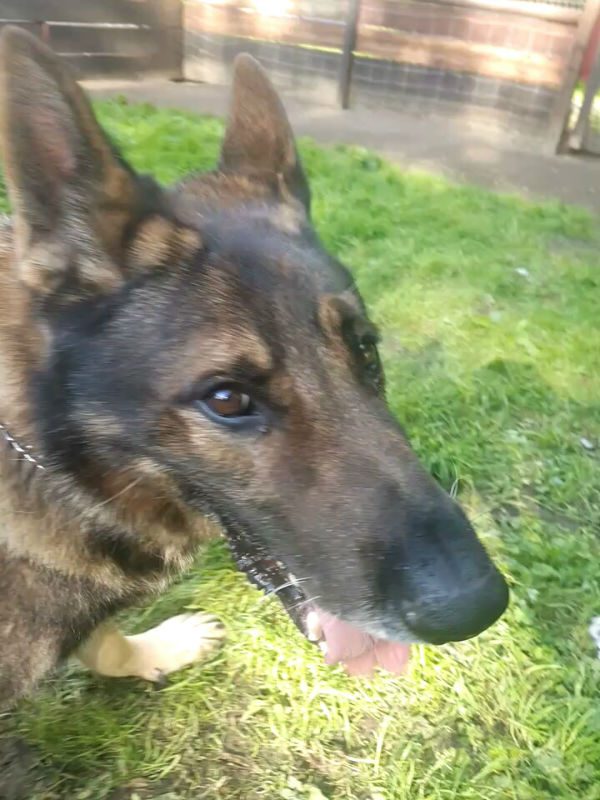 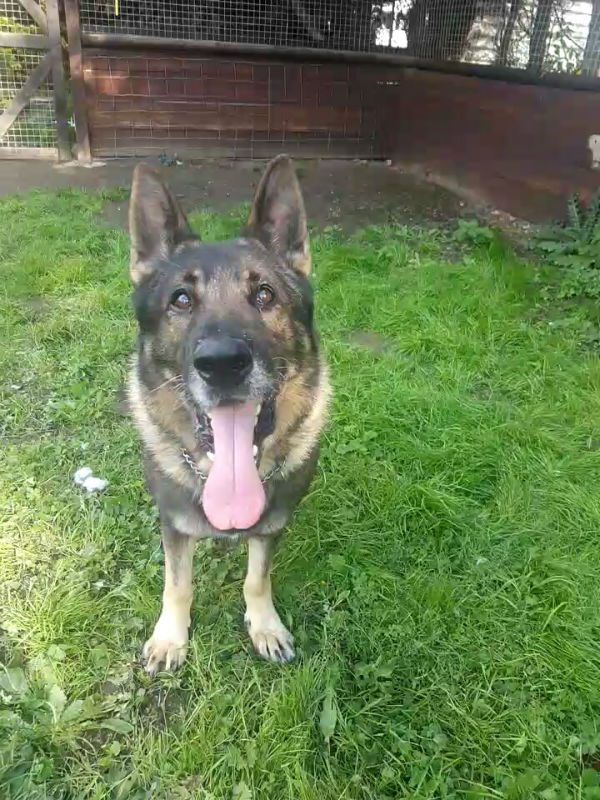 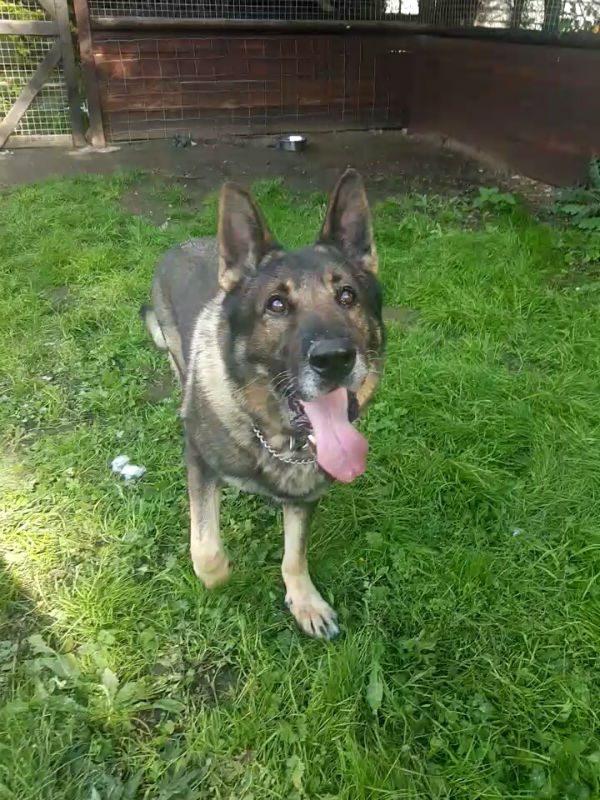 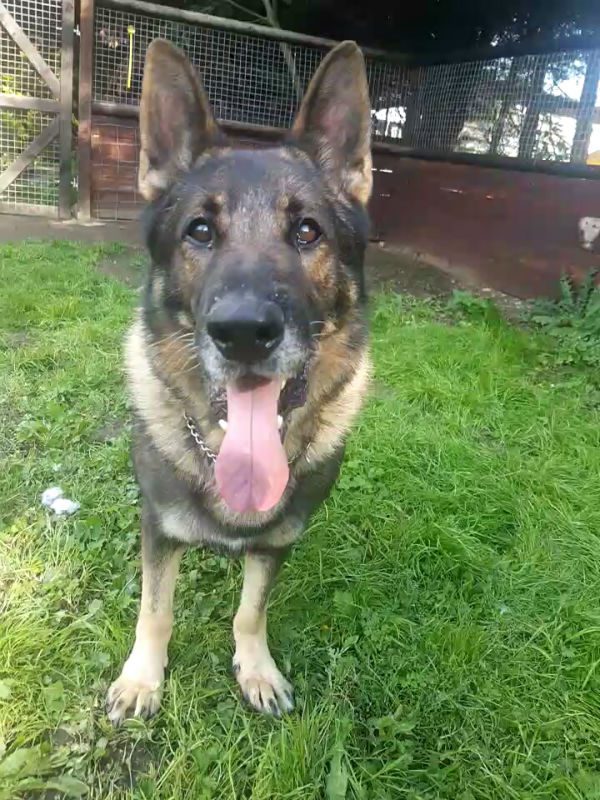 Rex is 9 years old and currently entire. His vaccinations are out of date but he is microchipped. Rex’s owner has died so unfortunately not much is known about him with children, other dogs or cats, but he has been in the same home since a pup. He has been fine out walking with the other sheps at the kennels.

When our volunteer went to assess him, he barked but was very friendly.  Rex can be strong on the lead but has recall and basic commands we are told. No issues over toys or food. Not keen on vets so is muzzled for visits.

Our volunteer described Rex as being in good condition and very friendly. He loves to play with his Kong toy and appears a calm dog.

This lad is urgent as he can only stay in his home a couple more weeks before it changes hands!

Rex is now in the kennels and his vaccinations have been started and he is also now neutered.

Rex has set off to his new home.

Rex has sadly passed over Rainbow Bridge due to CDRM.