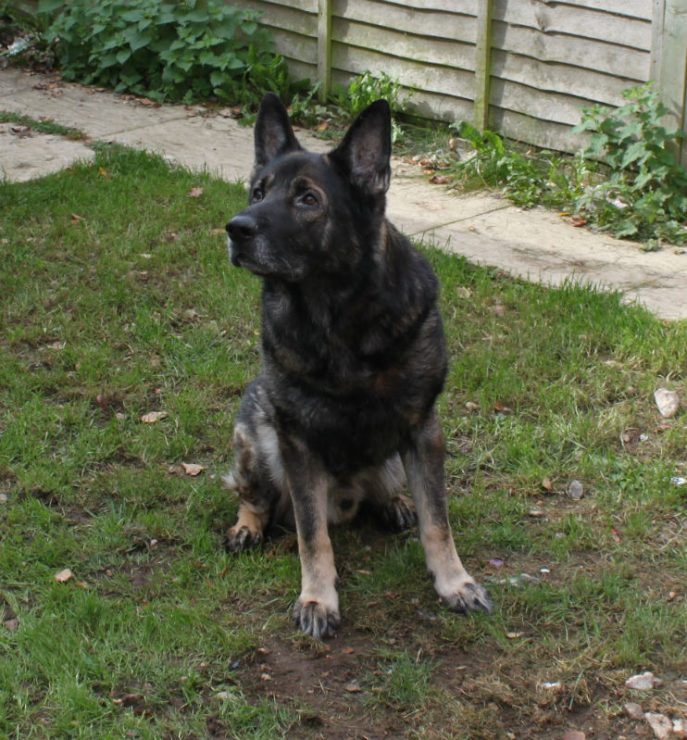 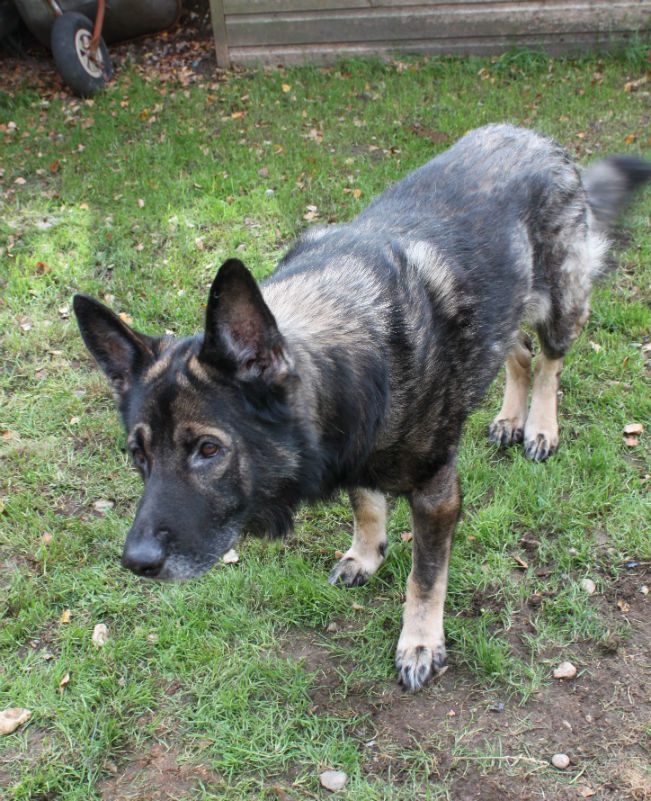 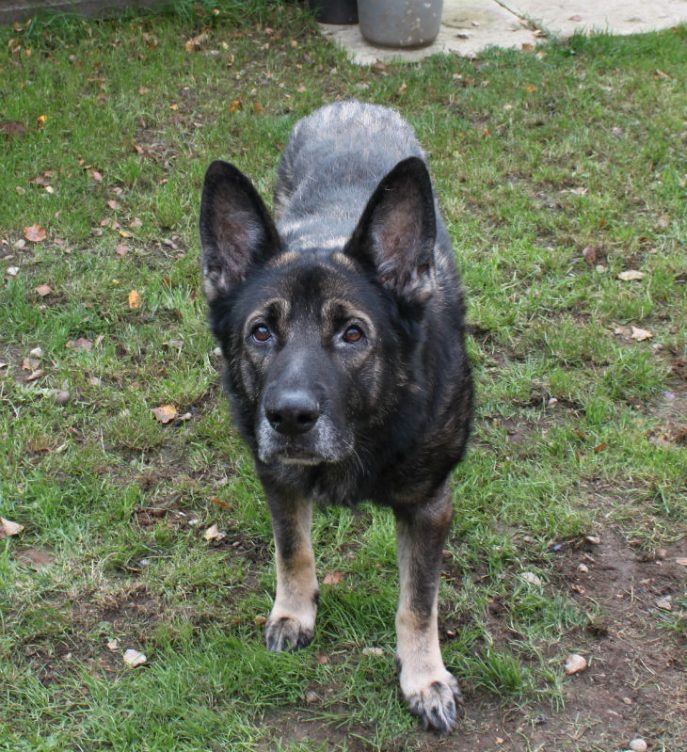 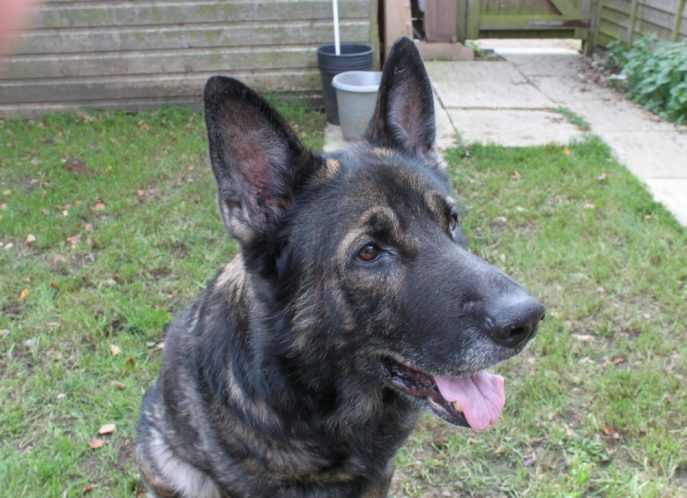 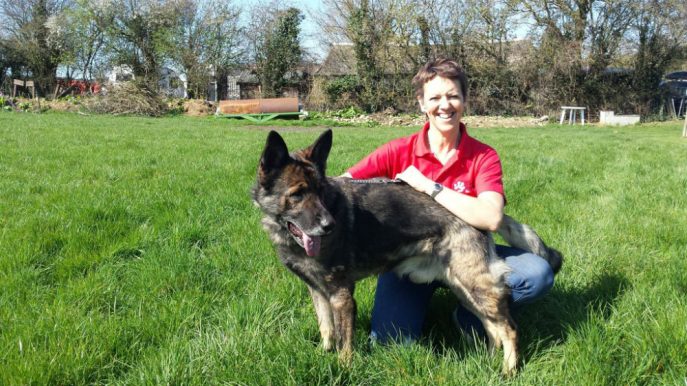 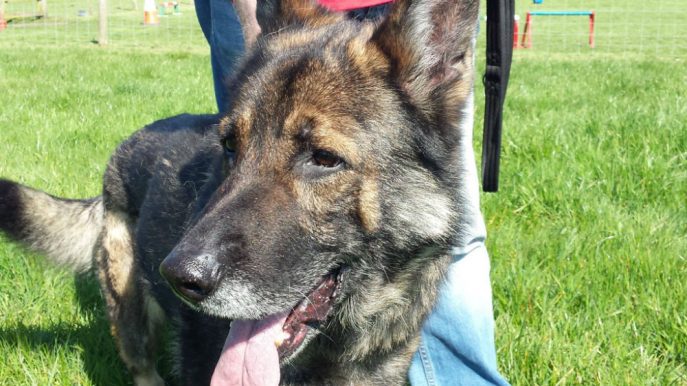 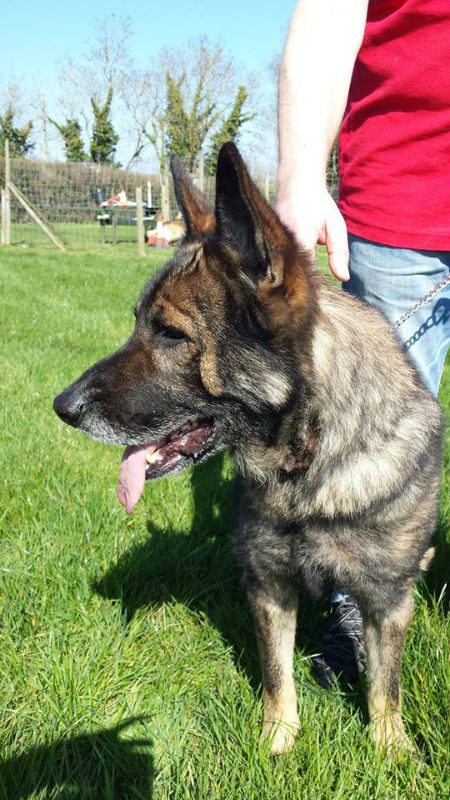 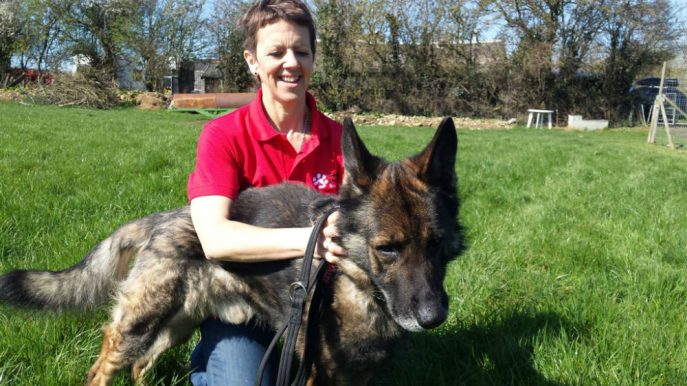 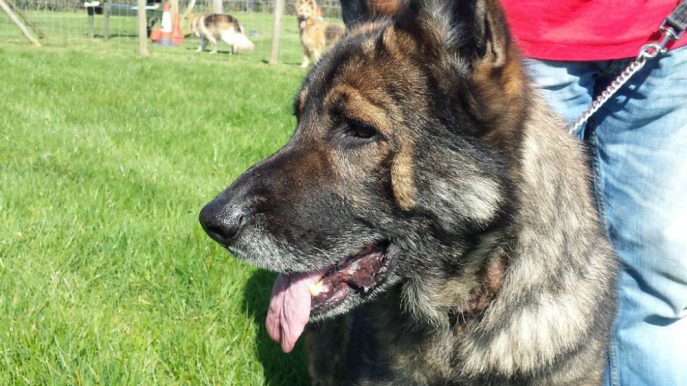 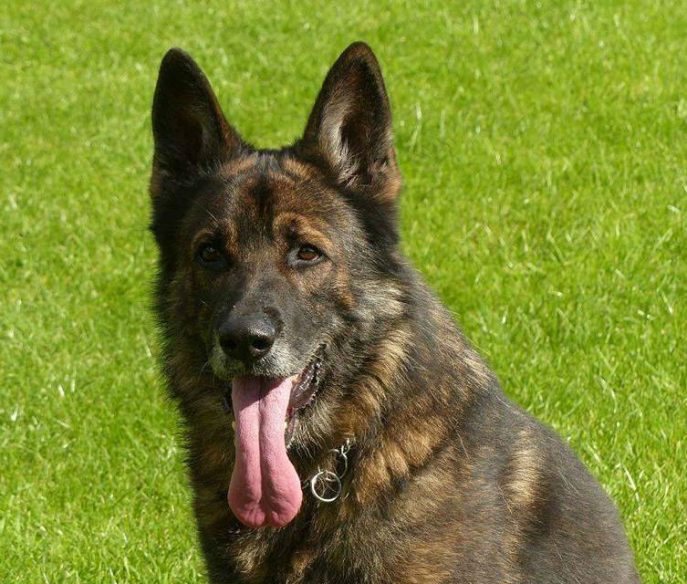 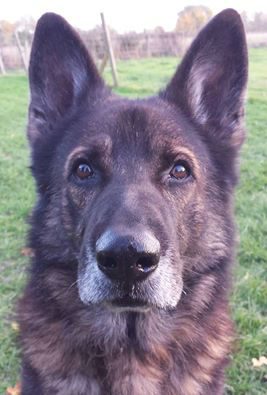 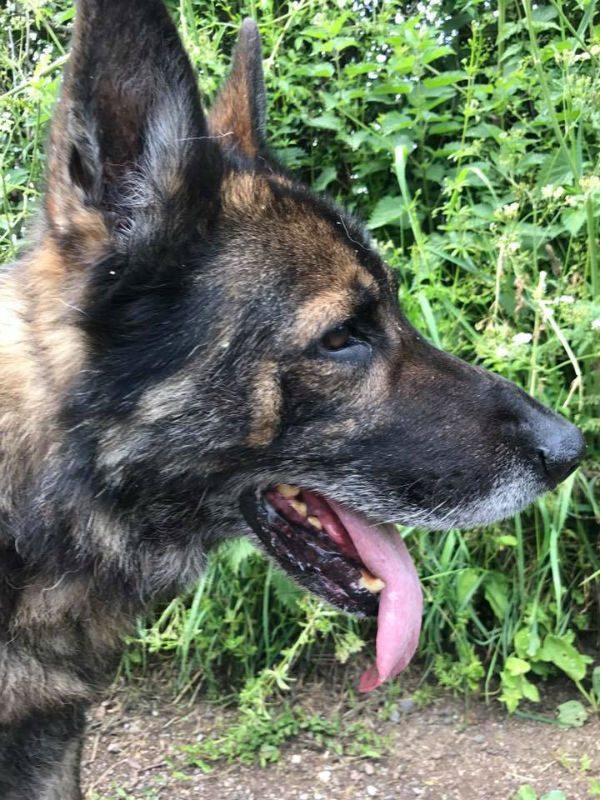 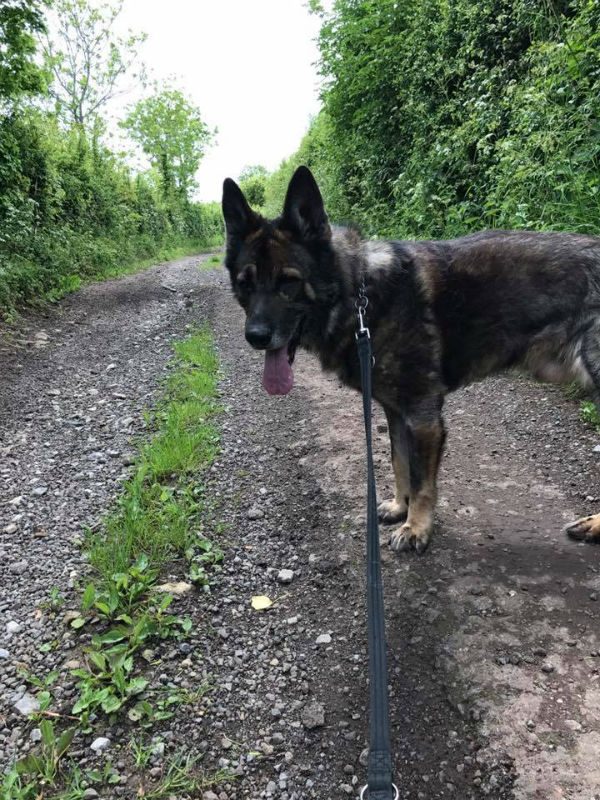 Rockie is 13 years old now and arrived with us in October 2014. We were asked to assess Rockie as there was now a baby in the house that was starting to crawl. Why their concern; because they had never bothered to socialise their dog. In fact they never walked Rockie either, and when the volunteer asked if he could take him out on a walk, they could not even find a collar or lead! He had been in this home since a pup and had not been vaccinated or neutered. He had spent his life on cheap supermarket food. Toys were plastic bottles or stones. We insisted on a vet check which the owner did do, and the vet said she was pleasantly surprised with his condition considering.

Rockie came into kennels in Bristol initially where they have struggled to keep weight on him. He can be grumpy when being handled, but would imagine a lot of this is due to having been part of the furniture in the past. He tried a spell in foster with a calm bitch. All went well at first but he quickly decided that he wanted all the attention and started to bully her. He would need to be the only dog. He was then adopted, but despite being told about his behaviour and that things would need to be taken slowly, Rockie would over bond and become protective, all of this was ignored and he bit a gardener who was picking up branches. I guess he thought he was stealing something but should never have been put in that situation.

We would not rehome Rockie with children or other dogs. This lad just needs a quiet home with not much through traffic where he can be spoiled and at the same time, given his own space. He will love his people but will be protective of them, so his adopters need to understand his past and where he is coming from so he is not put in situations of meeting people unless muzzled.

Due to his age and the onset of CDRM Rockie will be staying in our care.

Rockie had a wonderful retirement in the care of Auntie Jan and Uncle Chris but has today passed peacefully over Rainbow Bridge having decided it was his time at the grand age of nearly 14.