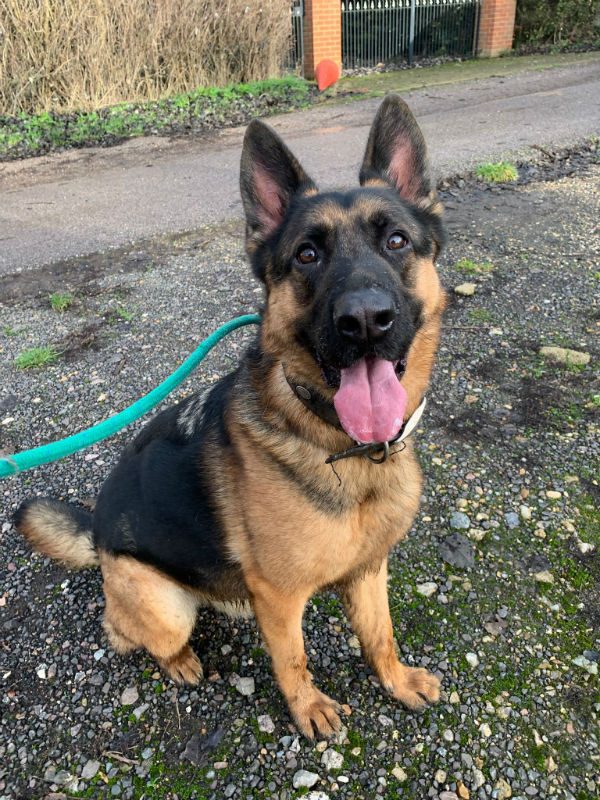 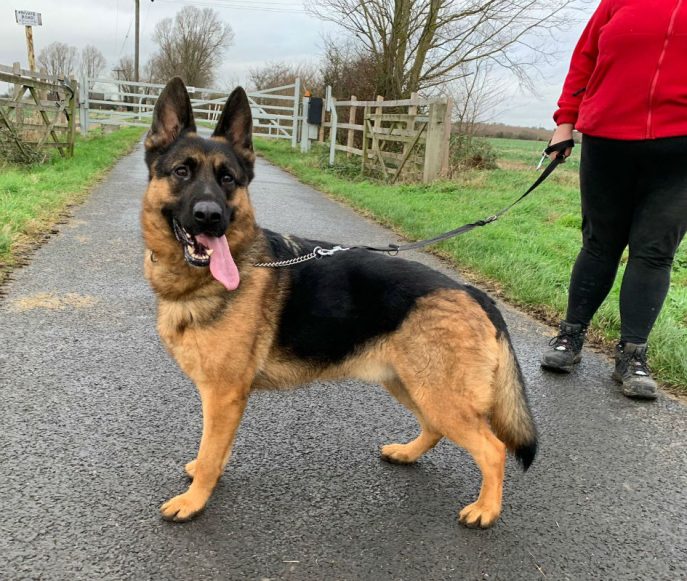 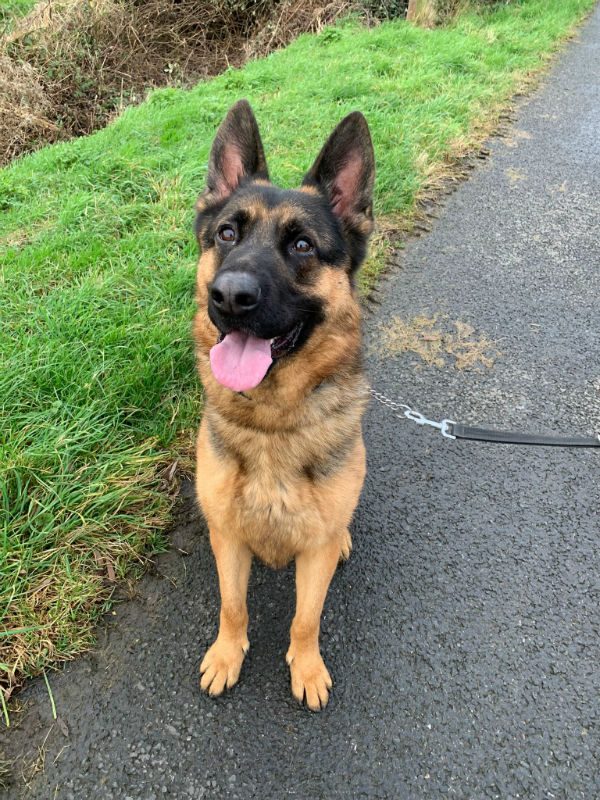 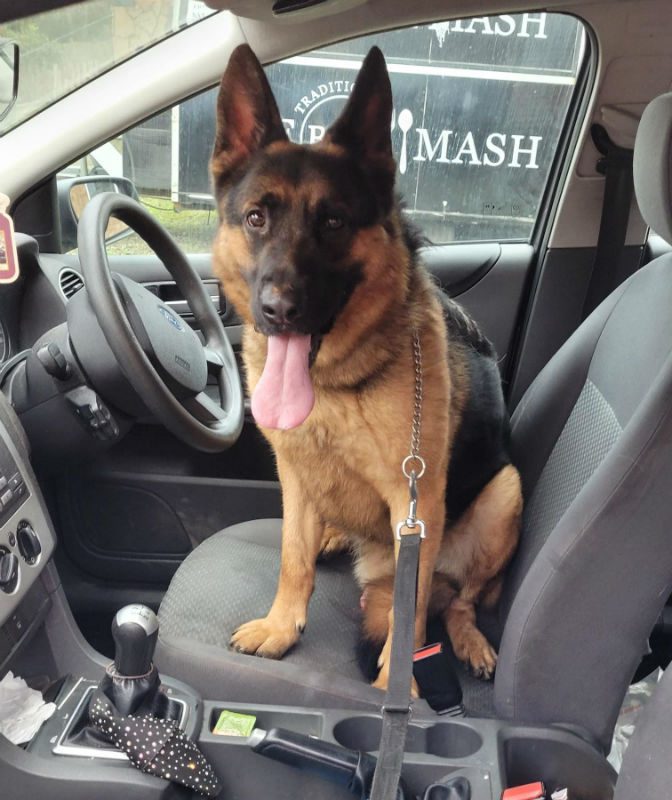 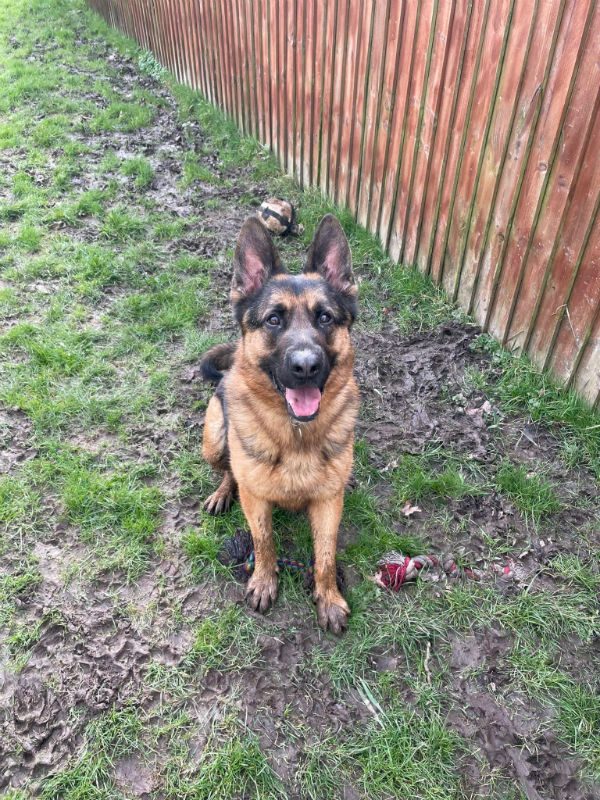 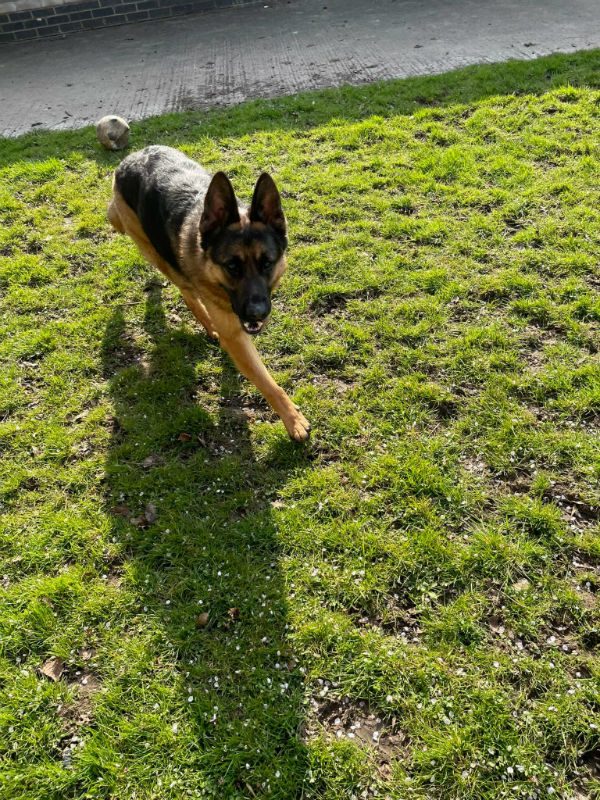 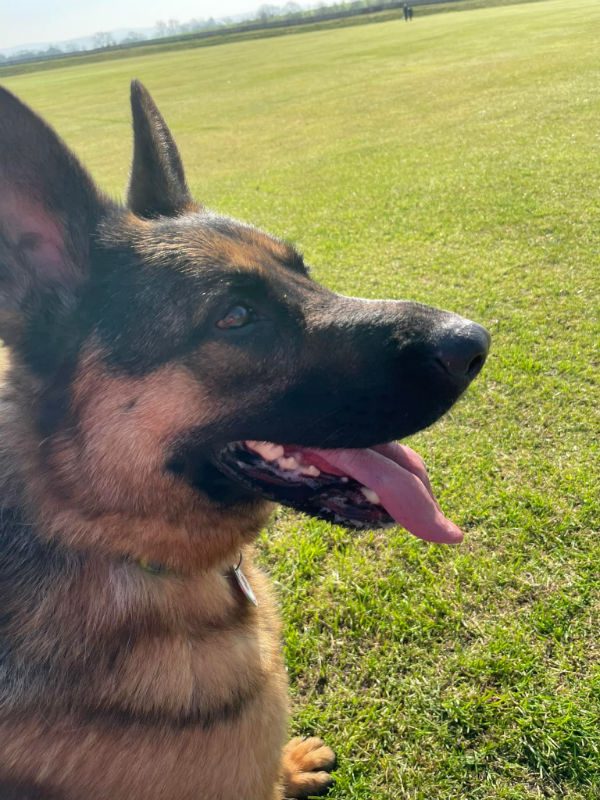 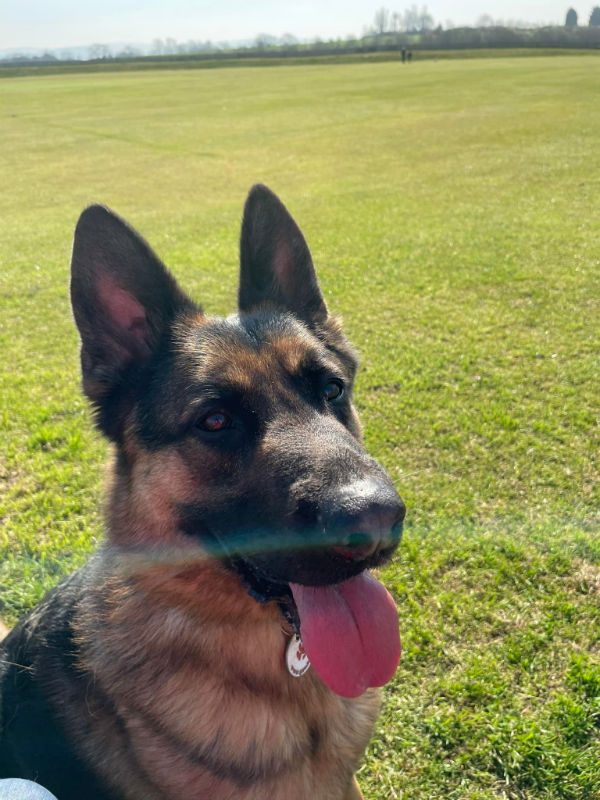 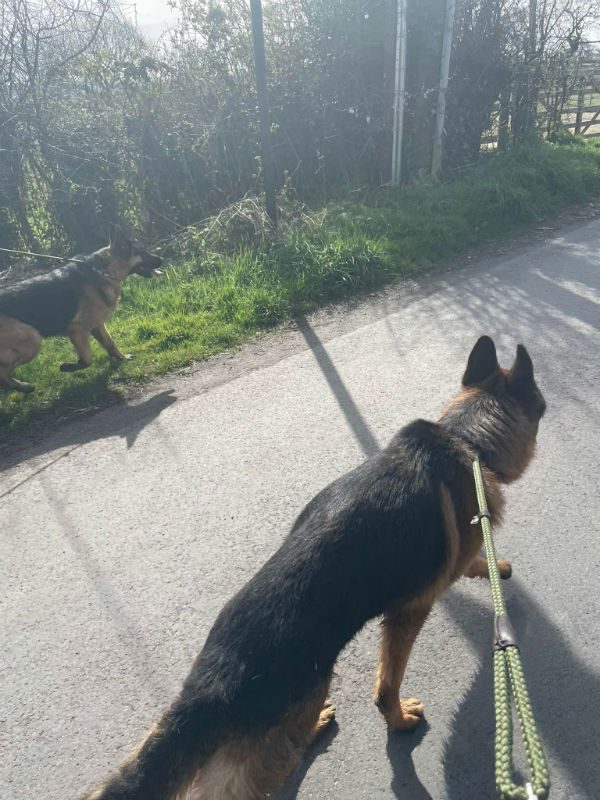 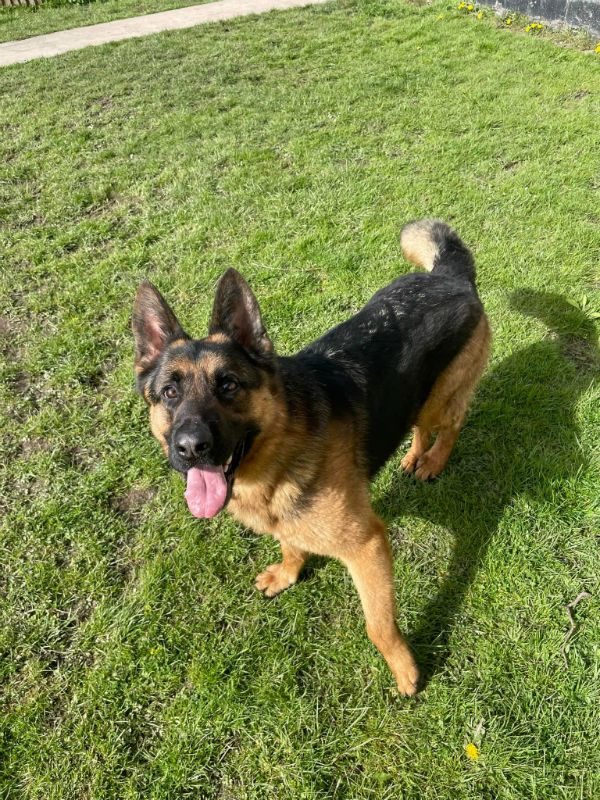 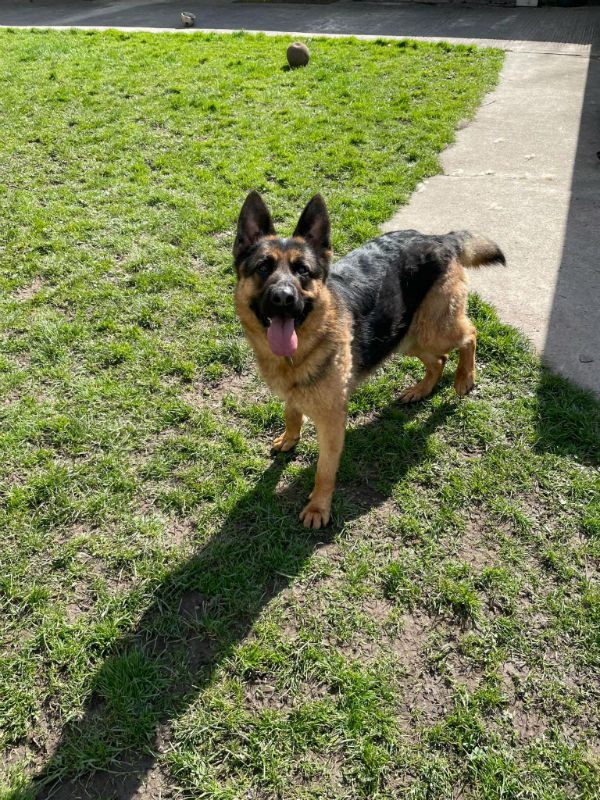 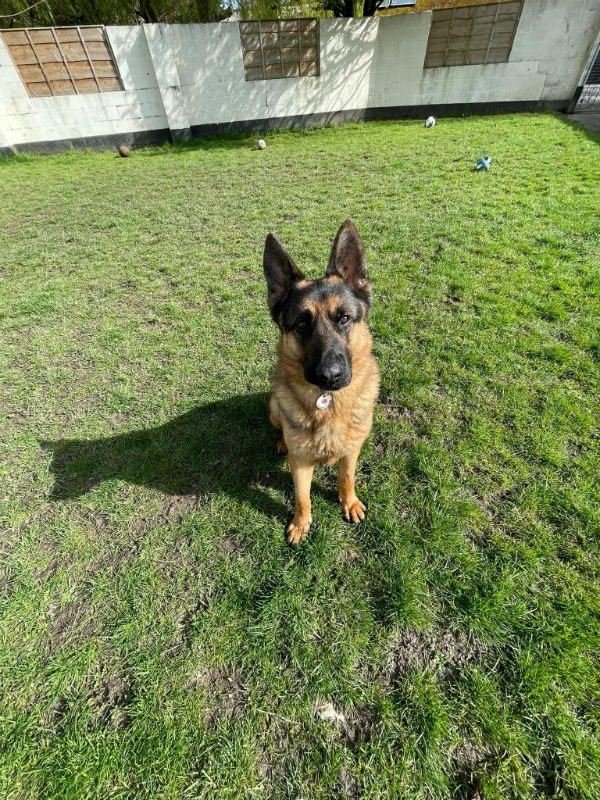 Rocky came into us via council kennels he is 4 years old, neutered, microchipped and fully vaccinated.

We were told he had some training for security work but he just loves people and showed no aggression so was rejected. His general nature is loving and playful, he loves doing zoomies. He is fine to be groomed and has shown no food or toy aggression.

Rocky had a couple of weeks in foster where he was the perfect house guest however the family felt his dog aggression was too much for them to deal with. Since being at the Cheshire kennels his reactivity has improved and he has ignored some of the dogs we have seen while out and has been walked alongside Gus another GSRE dog while muzzled with no major issues. He is improving all the time so this will need to be continued in any new home.

Due to his unknown previous history, we would not recommend rehoming with young children, cats or other dogs for safety reasons.