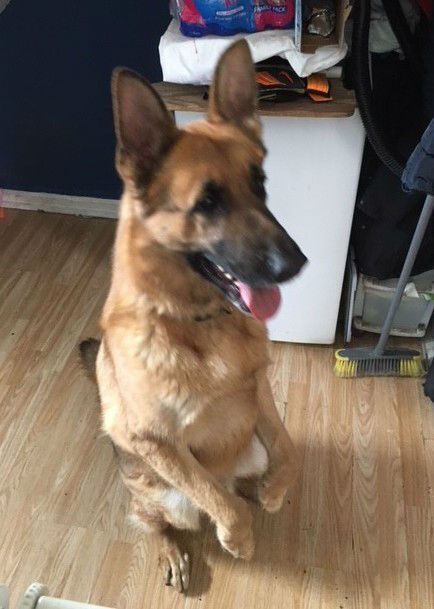 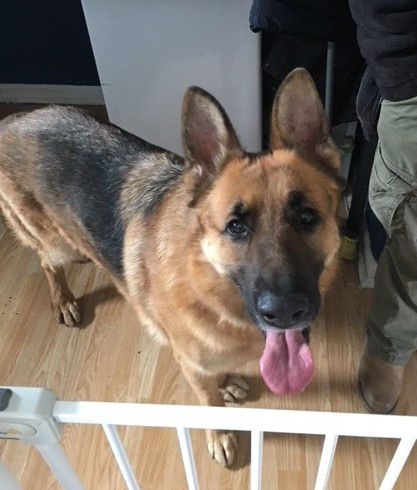 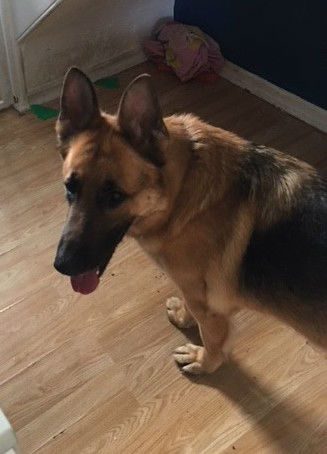 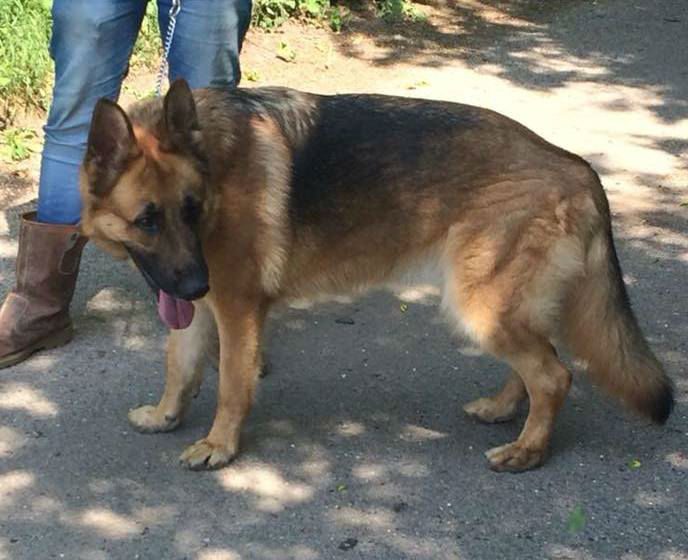 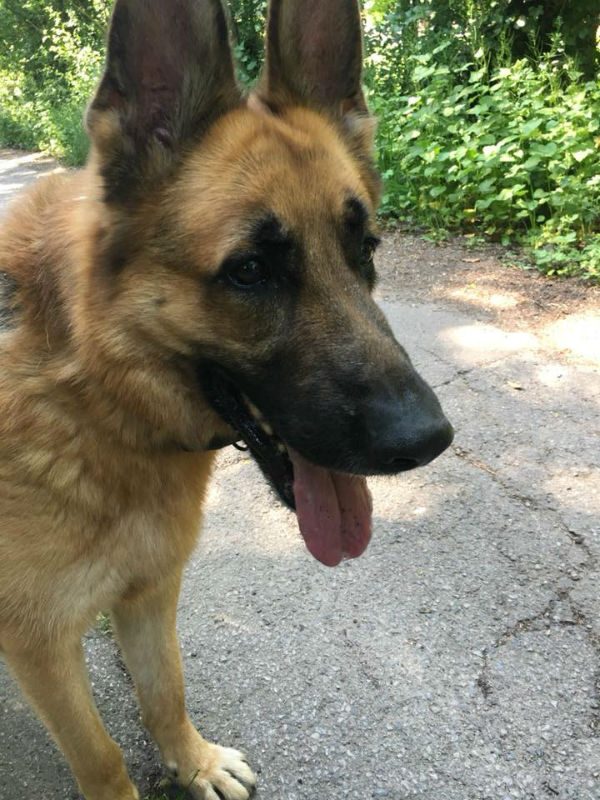 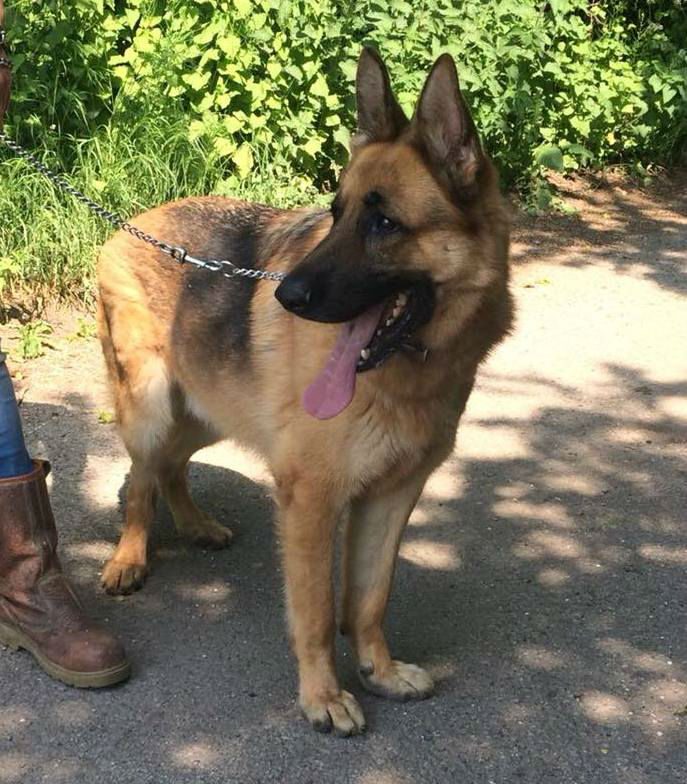 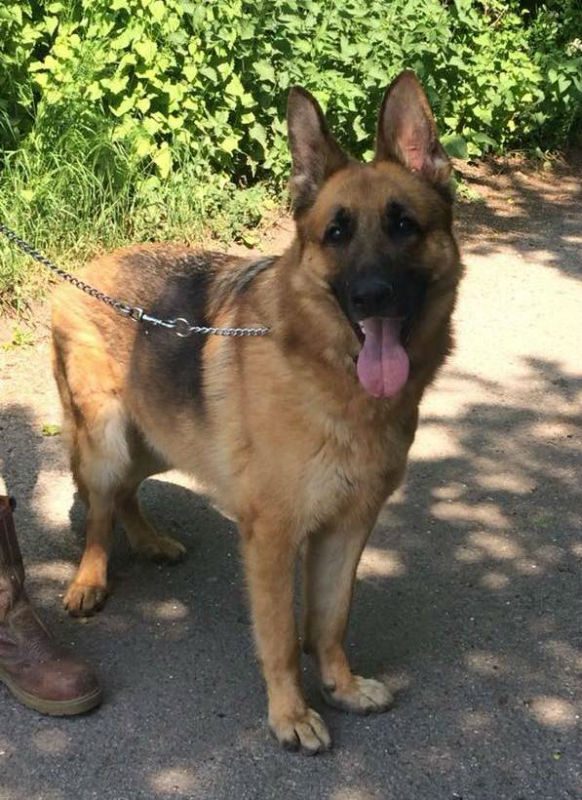 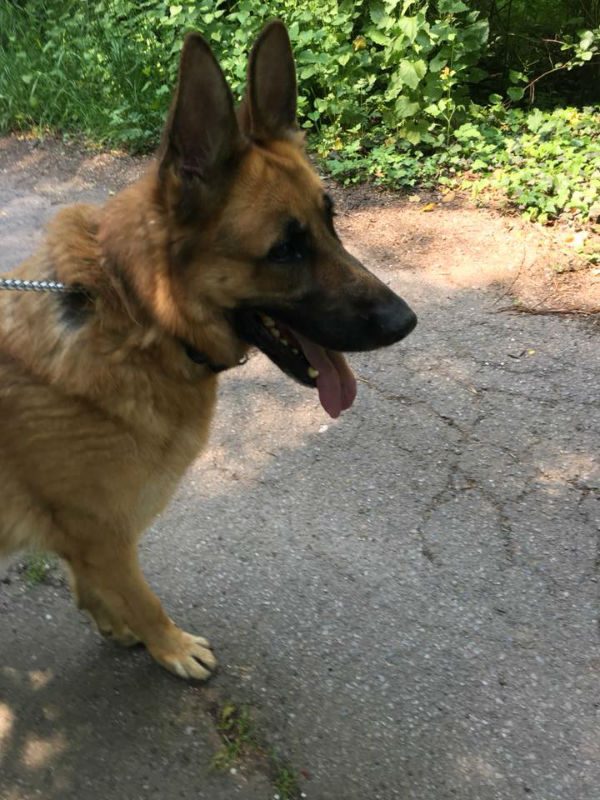 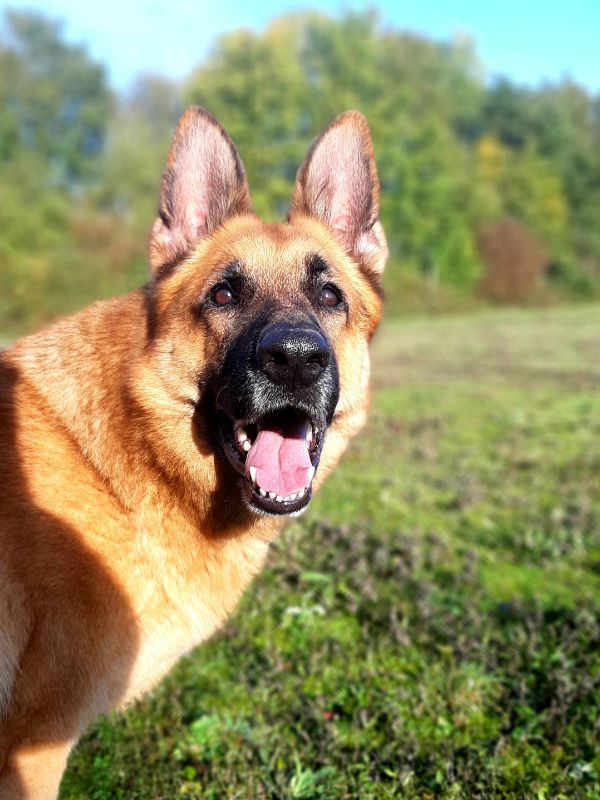 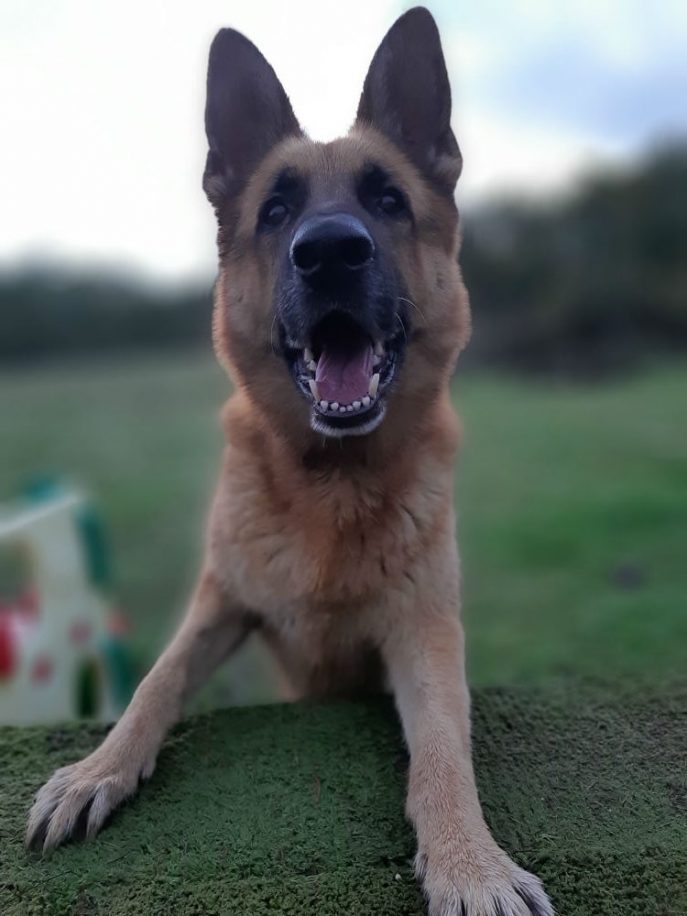 Rusty is 6 years old. He is neutered and vaccinated and of course microchipped. He was being rehomed as the man of the house who purchased him as a pup, had left, and mum was physically unable to walk him meaning he was stuck in the house day in and day out and only gets#ting any exercise in the garden. Mum also works so he is being left long hours alone.

We were told Rusty is good with the children but we feel he should not be in a home with young children. He lived with a Chihauahau but has not had much socialisation with other dogs and actually needs very careful introductions over time. A no to cats. He came in needing some lead training and recall work.

We were told he was very noisy with people entering the home, however our volunteer did not feel intimidated and probably more excitement at a new person than anything else.

Rusty when in the kennels appeared fine around the other dogs. Bonds with his handlers and can become protective so needs an experienced home that has the time and patience to work with this super lad.

Rusty had a short stay in a foster home for assessment and this is what foster dad had to say about him:

“What a great dog Rusty is!.  If only we could we would certainly keep him.  When we first met him he came charging out, barking, lunging, snarling and snapping at the air.  He was muzzled and the kennel maid said “He’s lovely once you get to know him but keep him muzzled until you feel comfortable”. Not the best of starts but she put him into the car and we set off.  On the journey home he lay quietly behind the dog guard and we were really wondering what we had let ourselves in for.  At home we took him through to the garden to meet our dog and that went very well but I couldn’t get near him to remove the muzzle but, after a while my wife managed to.  It then took several hours of treats and soft words before he, tentatively let us near him.  But, by the following morning he was rolling on his back for a tickle, sitting, giving a paw etc.  And, by the end of day 2 had become devoted to us both, particularly me for a change (They usually prefer my wife).  He follows me everywhere, sleeping on the floor by my bed and waiting outside the loo for me.

When my grandson and his friend came home on day one it was the same barking and snapping but eventually they made friends, as the week has gone on, more visitors have arrived and he has been better with each one as he feels more secure.  He just needs socialising.

So forget all the negatives at the start and now, after only five days:

He gets on very well with our dog, no sign of jealousy or possessiveness over food.

Very docile and loving around the home, spotlessly clean, no chewing or destructiveness

Once he knows you totally loyal and would defend you with his life.

Rusty does himself no favours on first meeting him but, he really is a gentle giant.  For his own sake, and much as I hate them, he should be on a muzzle when walked until his training is completed.”

Now in a long term foster home and having recently had surgery for a scrotal hernia, this is what foster mum had to say about him:

“Rusty is doing well here, he struggles a lot with new things and the repetitive spinning and barking behaviour did subside quite dramatically prior to his operation but that set him back again. He is still quite reactive to strangers on the property, i.e guests, more so men and dogs. Only in the past week I have had the door open with just a gate to help start the process of introducing him to one of mine, otherwise he can and has flown at the gate  he has a big fear of change, a new/ another person being added to the mix/room, the anxiety of being separated; me walking away is that which is the initial trigger that feeds the repetitive behaviours.

I could walk laps on the field and us together without any going around doing circles or figure of 8 but since the vet trip although its got back to that stage, if there is a dog behind an air lock and another gate it can start it off. sometimes its without barking sometimes it is with and when at his worse he is shouting. POOR CHAP!

He is extremely affectionate to me, he is very clear with his behaviour. he doesn’t like anything electrical like a jetwash or vacuum, leaf blower etc. loves playing with a hose. I wouldn’t trust him with strangers on the property or trying to walk in the house, he would have to join us and then we  could walk in.”

As you can see this very special lad is going to need a very patient and special home please.

Rusty has decided he is staying with his foster home.