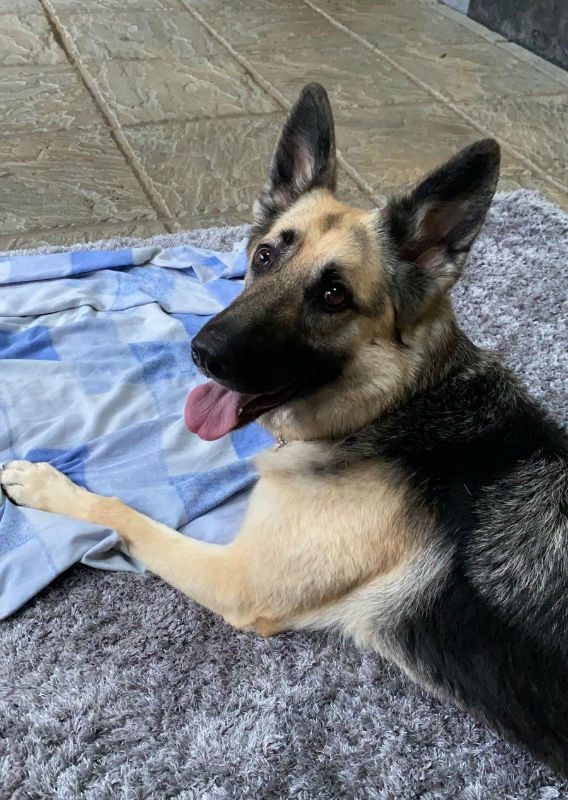 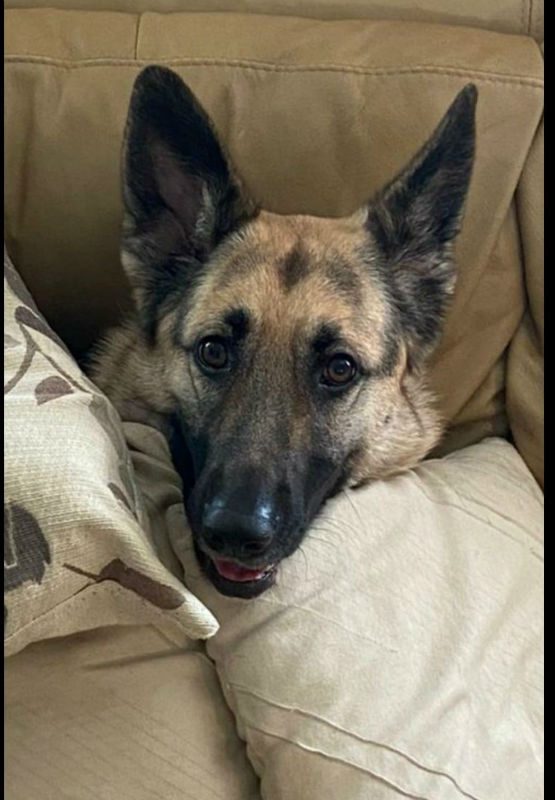 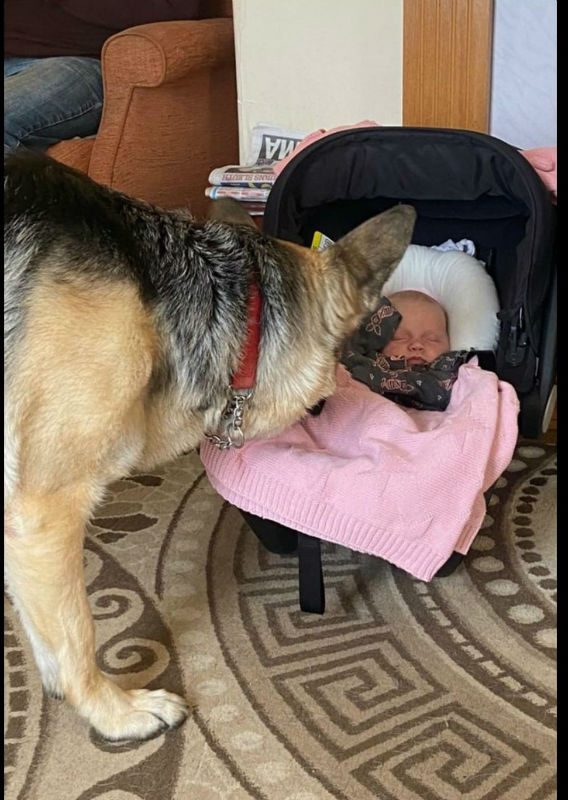 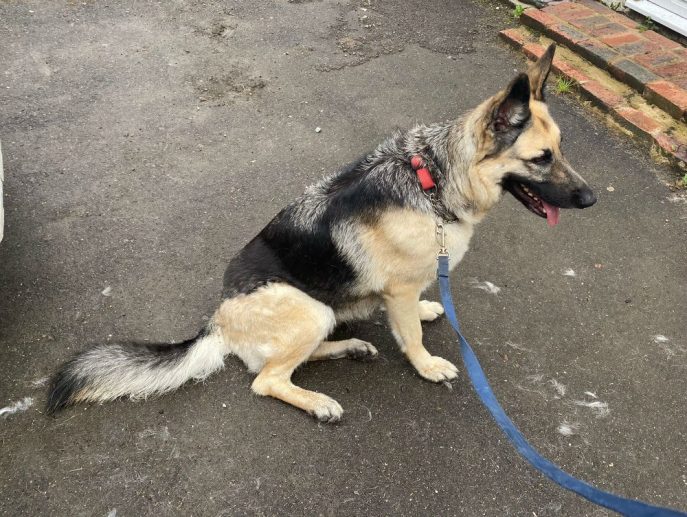 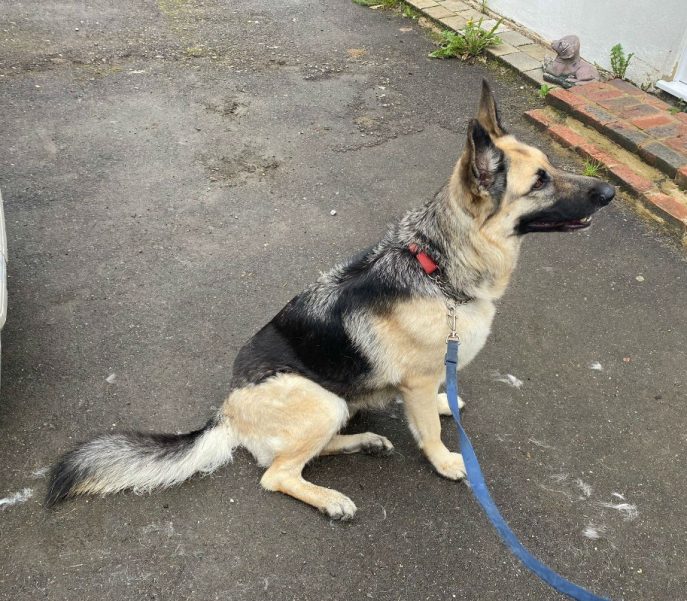 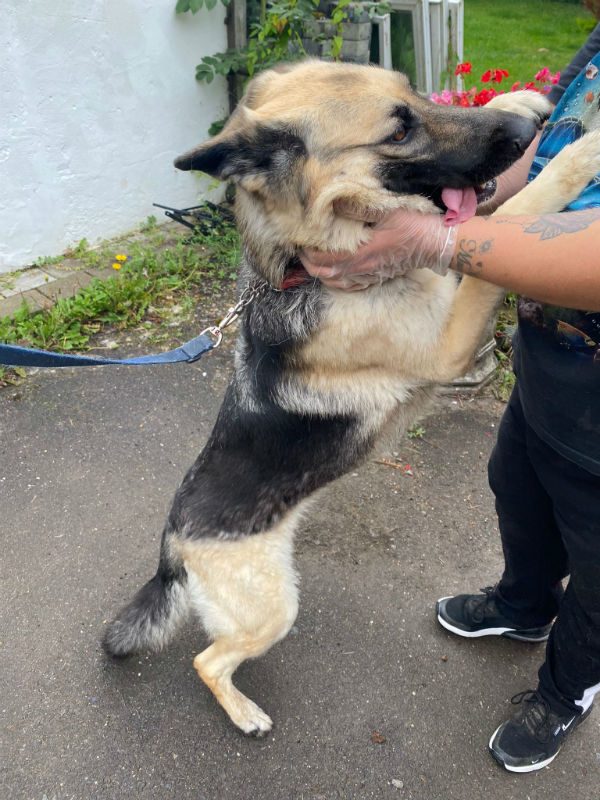 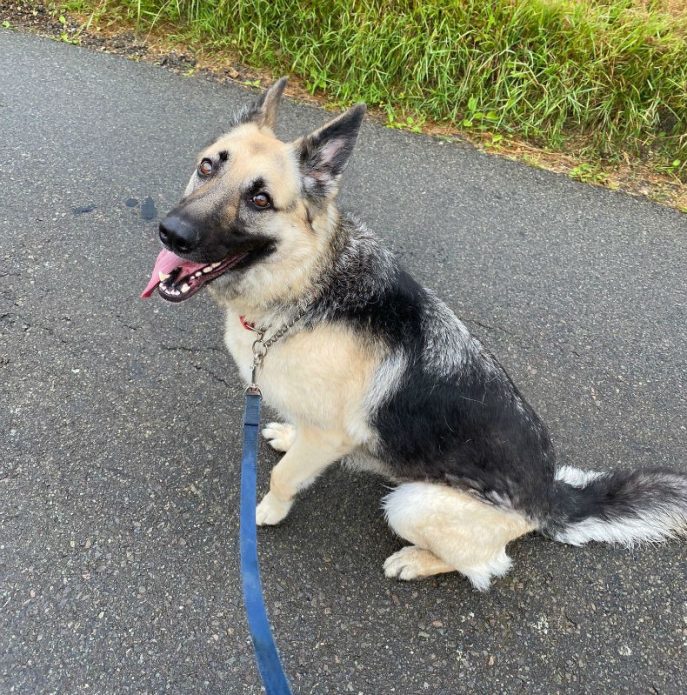 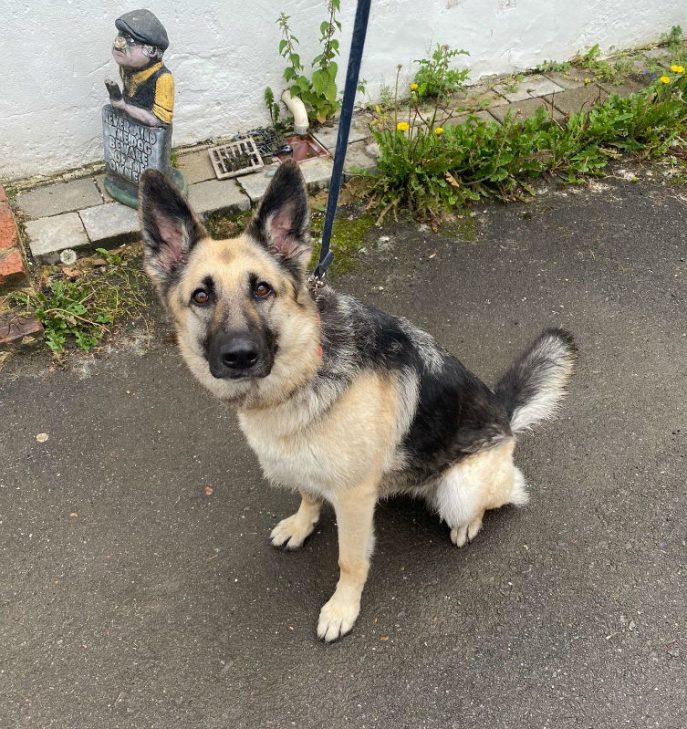 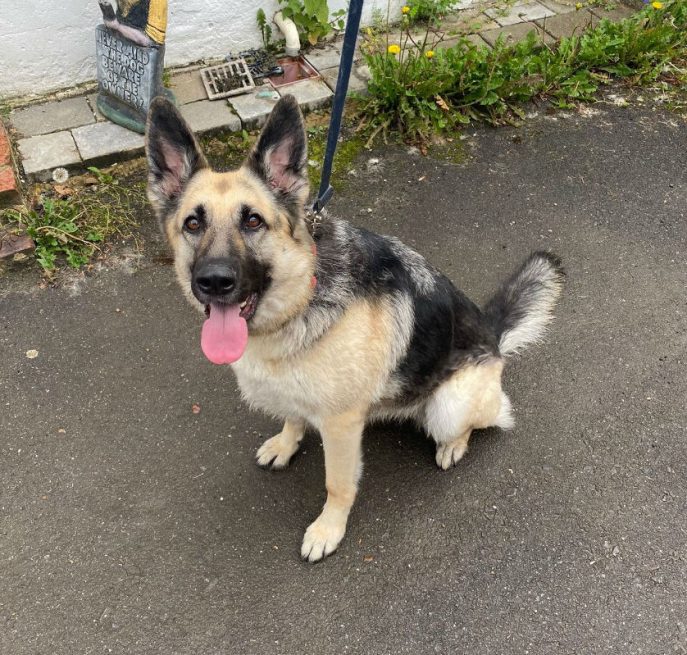 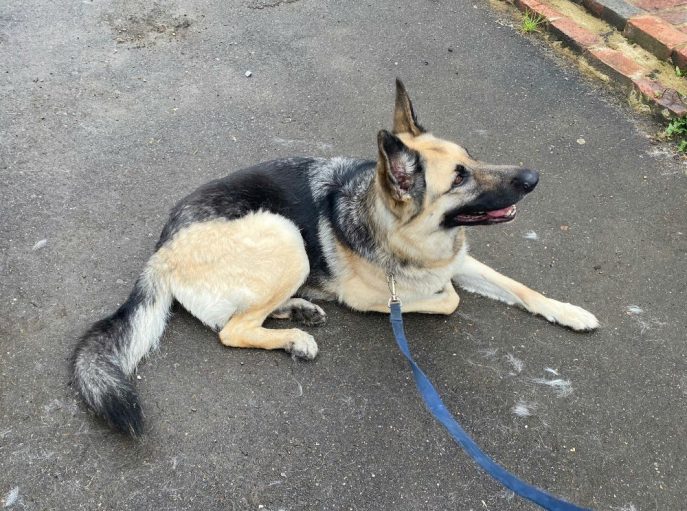 Saffy is 3 years old. She is spayed and microchipped and we are told vaccinated but have not yet received her paperwork. We were asked to take Saffy in urgently as below:

“Saffy will not be seized following incident in Ashford last week. Saffy managed to get out of an insecure back gate and ran at the Chis. Unfortunately, there is no video of the start of the incident which resulted in significant injuries to the Chi. However, watching the video, I largely see a dog wanting to play. Spoken to several behaviourists who agree. We suspect that Saffy was over-exuberant and panic/pulling made the injuries worse. If you look later in the video, she is trying to sniff their bums and honestly, as a Shep, if she was intent to savage them, she would have.

Current situation is a social media campaign against the owner and direct threats of throwing petrol on Saffy or poisoning her.

Saffy is said to be a delightful girl who loves people of all ages, including babies. She has always been said to be good with other dogs, including these Chis who apparently, she used to walk with in the field. However, owner has had difficulty controlling her due to her age (70’s). She is a wonderful dog in the home, very obedient and typical of her breed. However, she is not at all protective and welcomes everyone into the home.

She is fully house-trained, no seperation anxiety but sadly, travels poorly in a car due to sickness so will need crating. She has no current/past medical issues.”

Poor Saffy has become a victim of misunderstanding and had to leave her home for her own safety. This lovely girl has not shown an ounce of aggression, just love, since being with us and is looking for a home to call her own again please.

Saffy has been adopted.