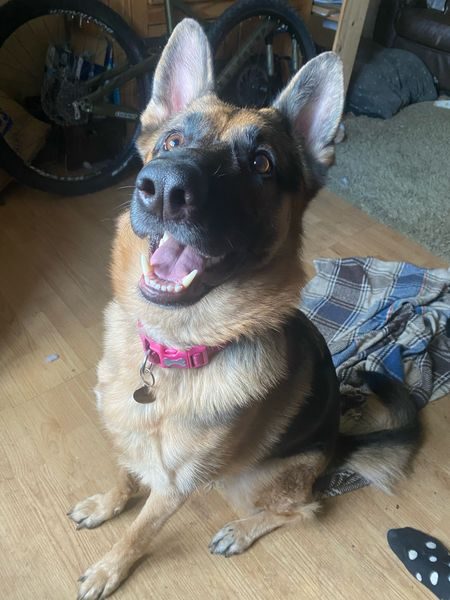 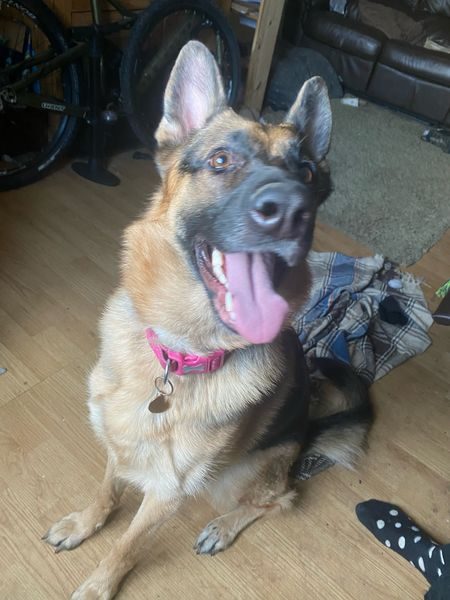 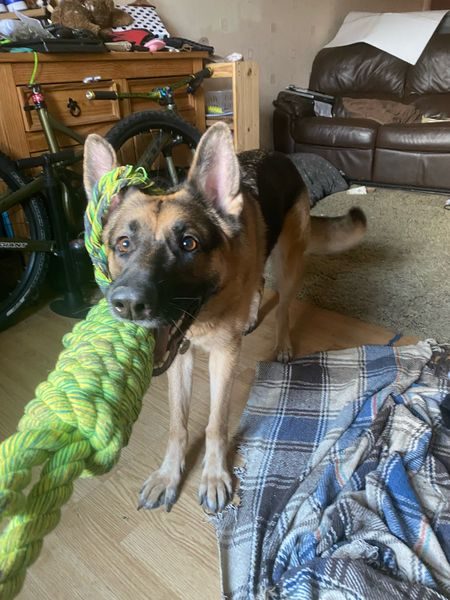 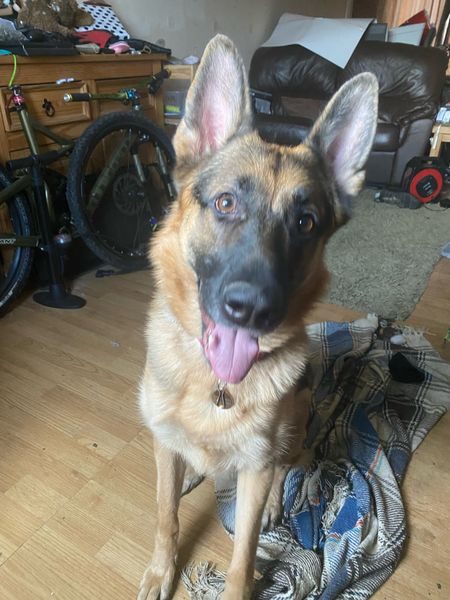 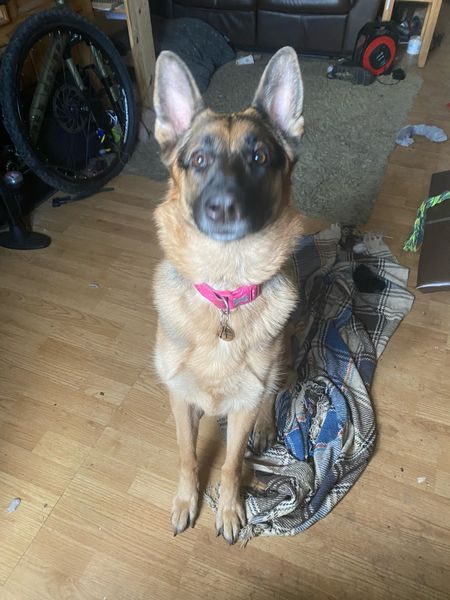 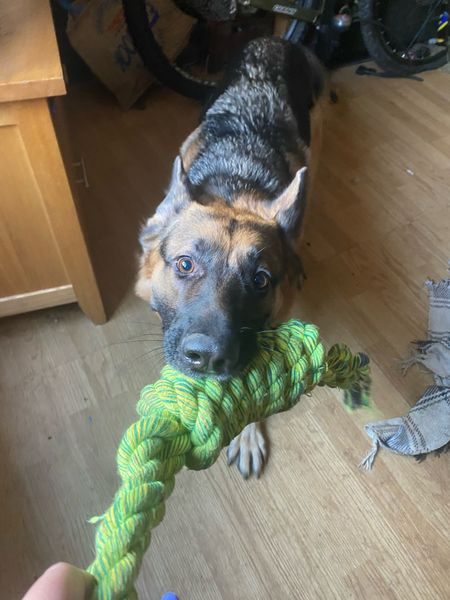 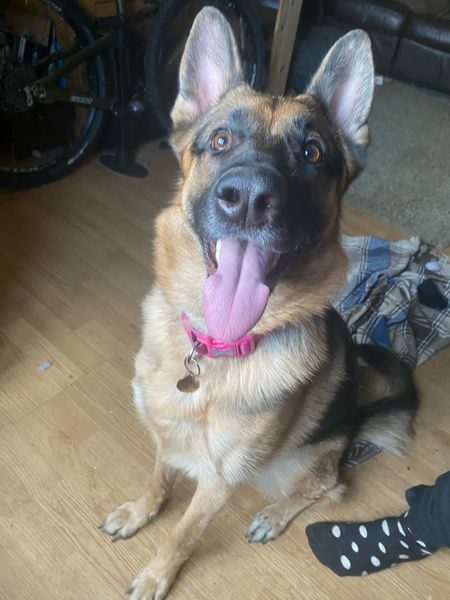 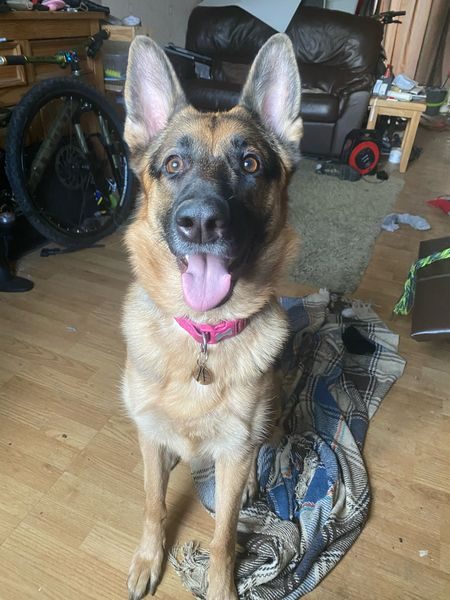 Sheba is available for adoption through GSRE – this is what her current owners say about her.

Sheba is a 2-year-old (dob Dec 2020) female, black and tan, German Shepherd with short hair. She is not neutered or micro-chipped. She is not vaccinated, wormed or flea treated. She has no known food allergies and no disclosed medical issues. Sheba has only been in her current home six months after her owners bought her online.

Sheba is being rehomed as she fights with their other dog.

The current owners say Sheba is good with children over the age of 12 years. She is aggressive towards other dogs. She currently lives with another dog but they fight (reason for putting her up for adoption). She does not get along with cats and is described as not great but mostly curious with livestock.

Sheba lives indoors and is mostly housetrained, although she uses puppy pads overnight. She is destructive when left alone but travels well in a car. She eats Harringtons dry mix with gravy and is described as being a fussy eater.
Sheba barks at people and dogs walking past. She barks if somebody knocks on the door, she jumps up and makes an excitable fuss at visitors. She can bark and lunge if she is not comfortable. Sheba mouths and nips when excited.

Sheba pulls on the lead. She has a fairly good recall and knows sit, paw and lie down. She has not shown any aggression over food and toys. She does not currently have a vet so her reaction towards a vet visit is unknown.

During the time the GSRE assessor spent with Sheba, this is what they said about her.
The assessor states that Sheba does not like traffic and will run into the road to chase the cars. She doesn’t like squeaky toys but loves balls. She hates fireworks which cause her to bark and cry. Sheba is eager when taking treats and can catch fingers accidentally.

The current owners believe that Sheba was allegedly previously abused with a shock collar which has caused her hate having her collar taken on or off. She does not like being pulled by her collar.

The assessor described Sheba as being in good condition with a healthy coat. They believe she would do well in a quiet home, away from busy roads. Sheba is very excitable which can cause her to mouth. She is affectionate but has not been taught any manners.