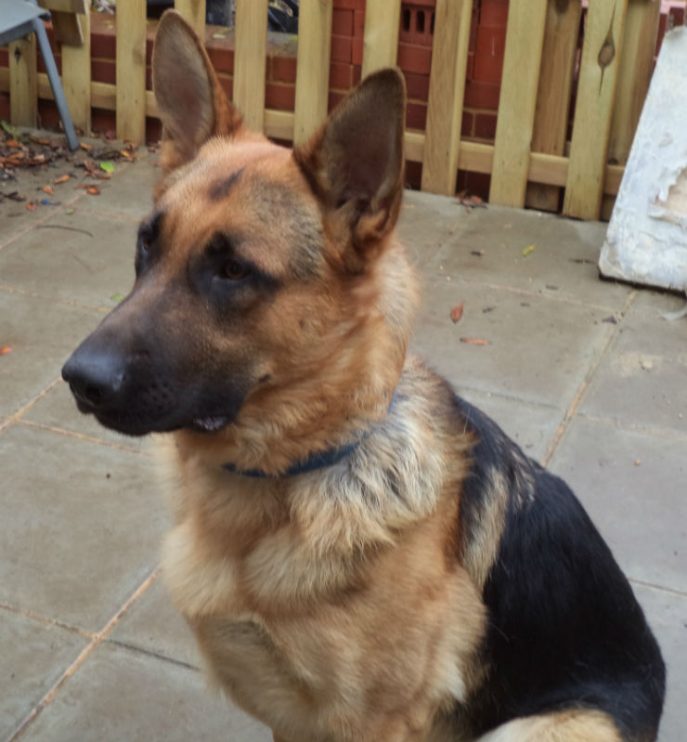 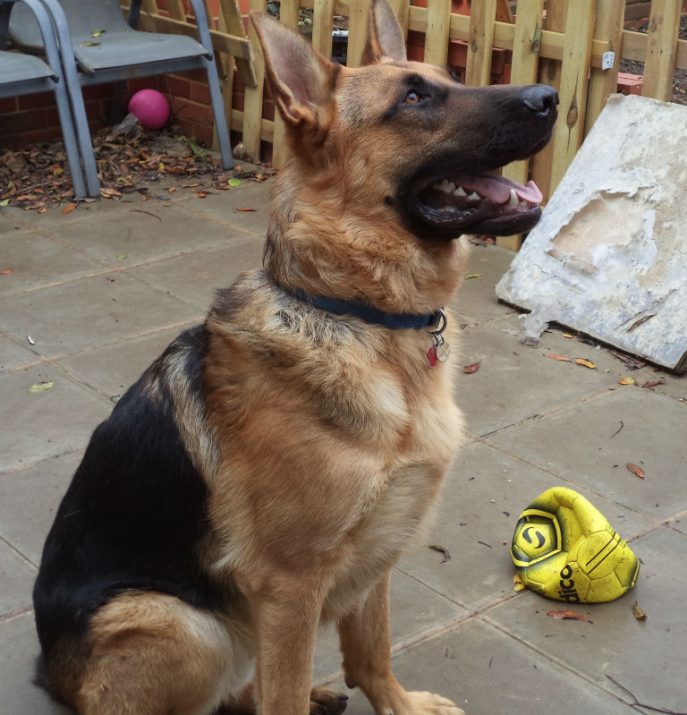 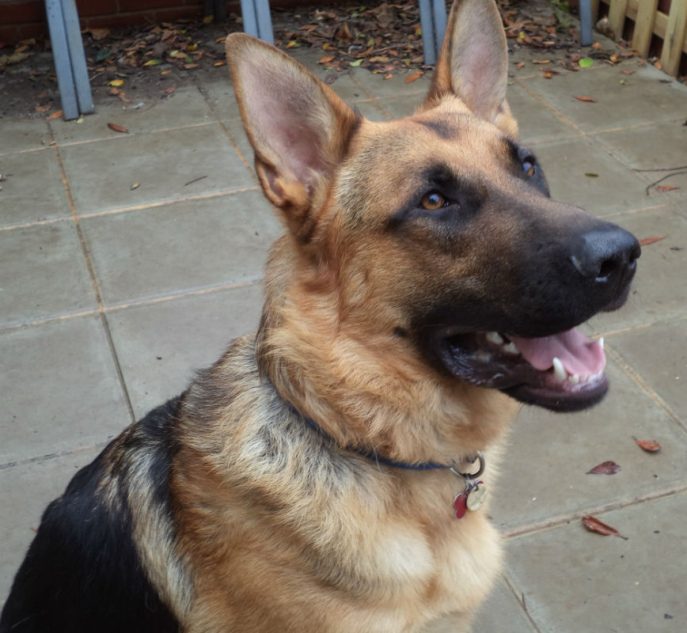 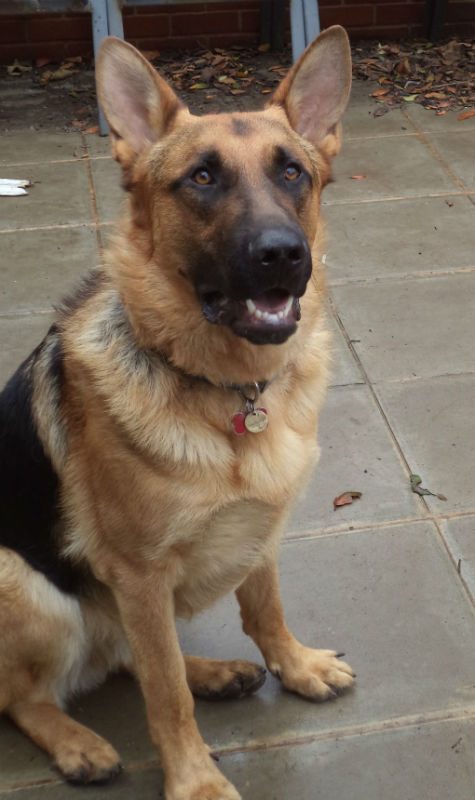 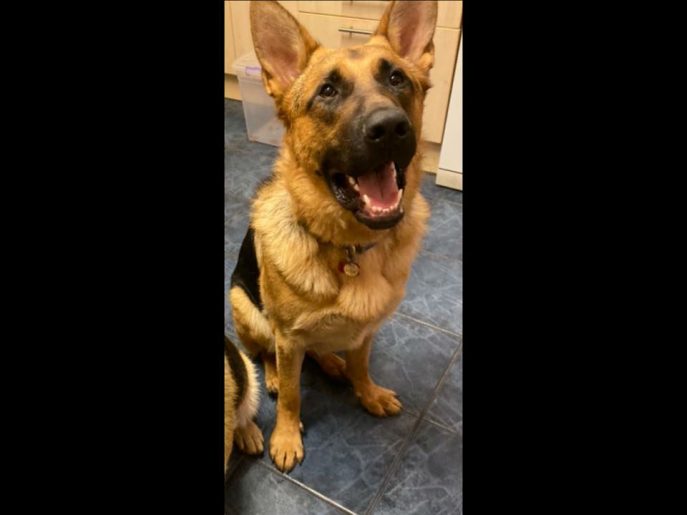 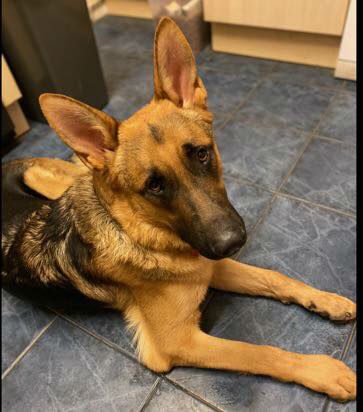 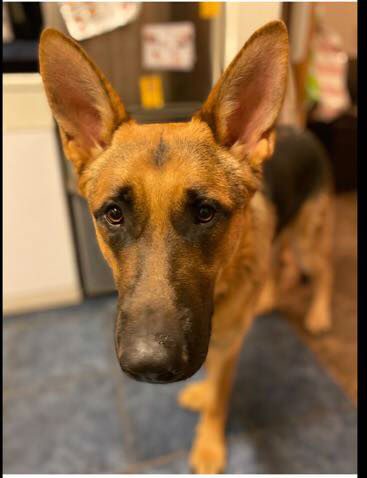 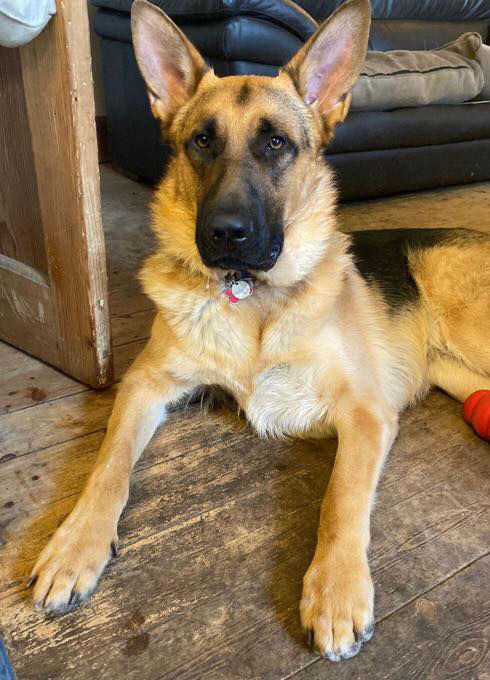 Stanley will be 1 in December. He is still entire but vaccinated and microchipped.  This is what our volunteer had to say about him:

“Stanley is a very fine and handsome example of the breed. Not a year old but quite a large and strong dog already with a bit more growing to do yet. Stanley was in the rear garden when I entered the house and on coming in he was very excited to see me and very inquisitive having a good sniff, probably smelling my GSD and another one I had just seen on a follow up visit. He jumped up at me several times, no aggression, just wanted to say hello and have some attention.  After several times and turning my back on him and being told No, he stopped. He also mouthed my hand and my jacket during my visit but no pressure or aggression, told No and he let go which was lucky as he has big teeth! As I was completing the form on laptop Stanley jumped up to say hello again and to see if I was typing the answers correctly!  Very inquisitive and lots of kisses!

Stanley lives with an older dog and is aggressive towards him at times.  Can be OK then for no known reason with go for the other dog, trying to be dominant and succeeding and growling. This has caused the other dog to shut down at times, frightened and not eat etc. Stanley is being left approx 7 hours whilst owners are at work and has been destructive, chewing sofas and chairs.

Took treats very gently.     Out walking Stanley wore a HALTI as he can and will pull.  He finds the HALTI uncomfortable and will try to remove it.  He does still pull slightly but settles after 10mins or so.    Ignored another dog barking and people around him whilst out walking.       Plays with the other dog in the local park and on the beach but indoors tries to be dominant and is aggressive. Stanley has attended training classes and is good with other dogs there. Stanley attends a dog play group 3 times a week for play and socialisation sessions and is fine with the other dogs, all except the other dog from his house.

The owners are very upset at having to re-home him but they have tried training etc but no change so reluctantly re-homing. Stanley would benefit from further training and would flourish and develop into a fantastic GSD.  At the moment he is bored and lacks stimulation and at times human company and attention.  He needs to be stimulated whilst behaviour training will instil correct behaviour and boundaries. He is a big strong dog, needing training so I would suggest someone/family experienced in the breed who can spend time with him, not leave him and put in the time training. He is an absolute lovely dog, loyal, friendly and definitely a cheeky loveable character.”

Stanley has been adopted.

Location:
Essex
Sex:
Male
Age:
1 year
Neutered:
No
Good with children:
Yes - Older Only
Good with other dogs:
Yes
Good with cats:
No