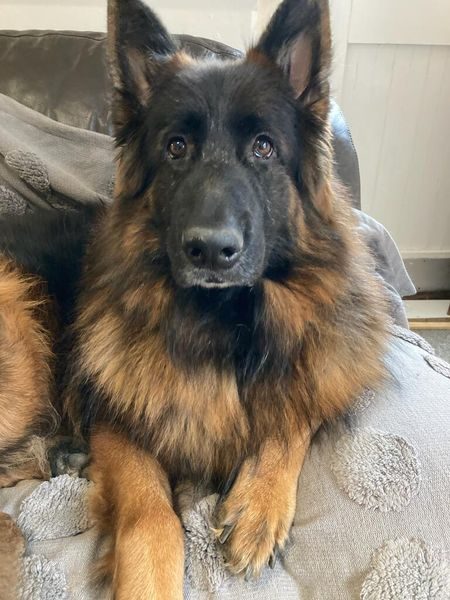 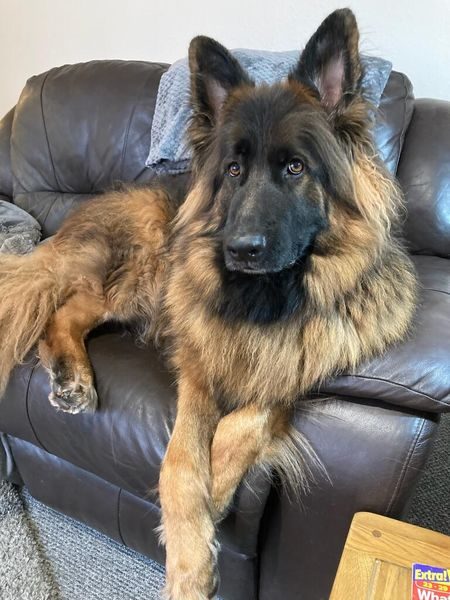 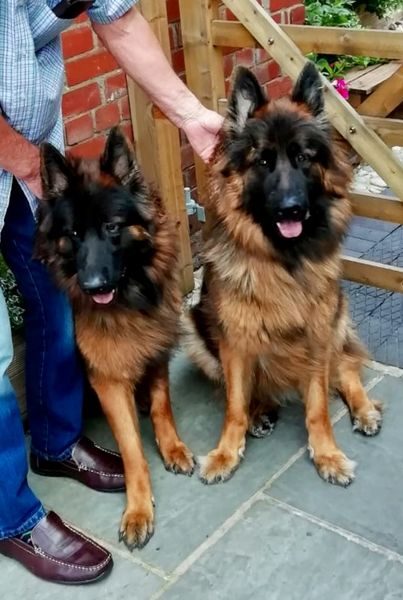 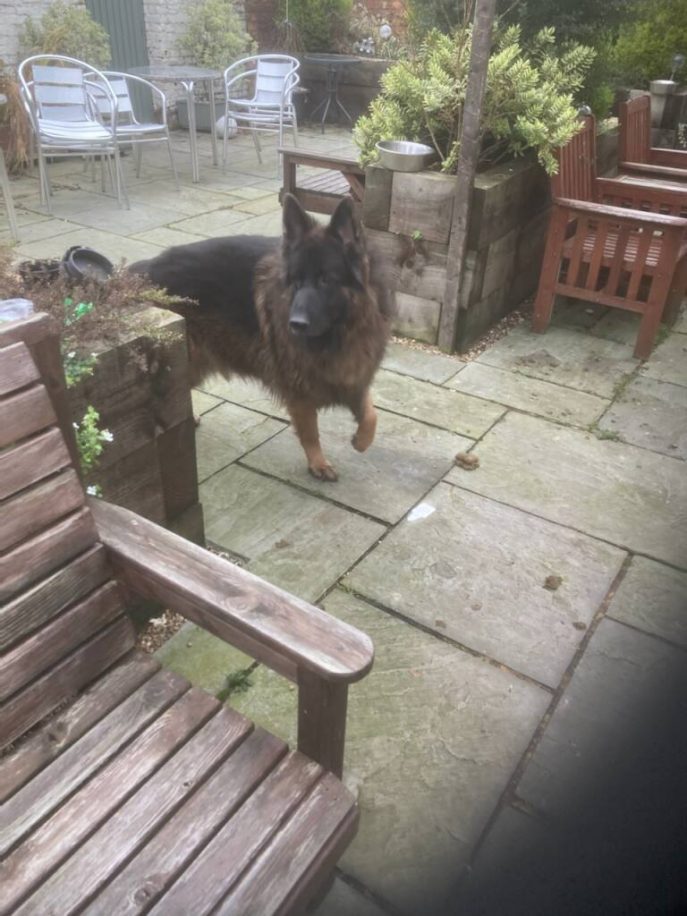 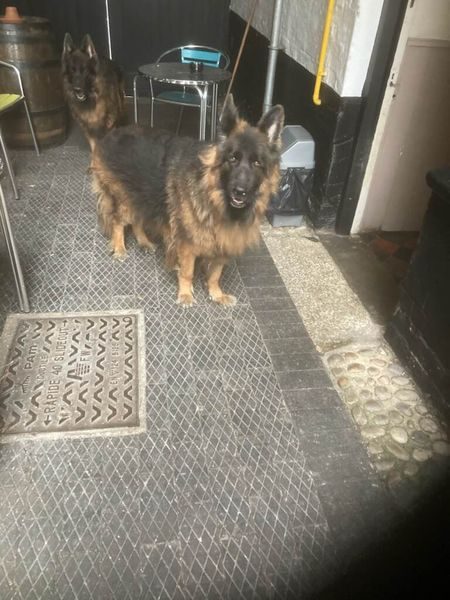 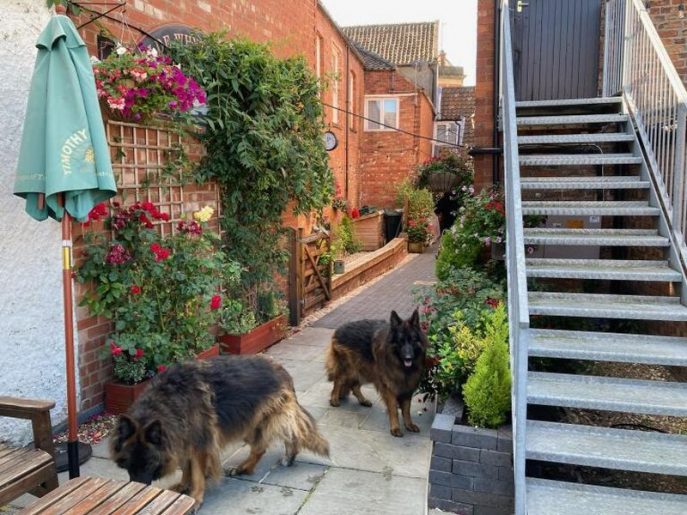 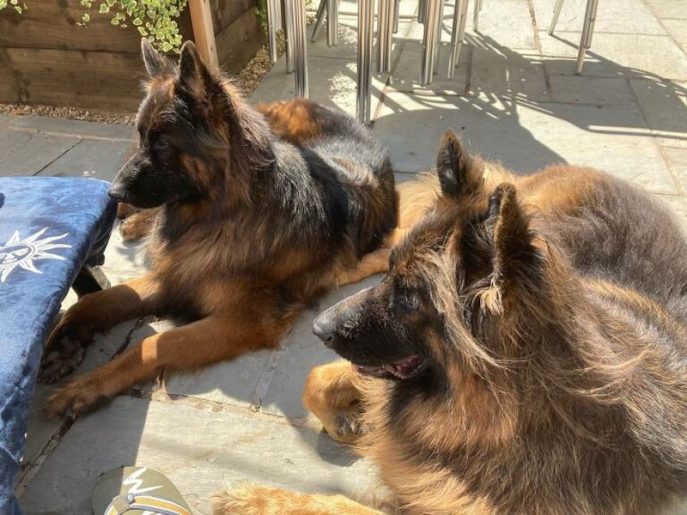 Ted and Storm are a bonded pair available for adoption through GSRE – this is what their current owner says about them.

Ted and Storm are both 4-and-a-half-year-old male, black and tan German Shepherds with long hair. They are both neutered and micro-chipped. They are vaccinated and were worm and flea treated in January 2022. They have no known food allergies and no disclosed medical issues. Ted and Storm have been in their current home since puppies when they were bought from a breeder.

Ted and Storm are being rehomed as their current owner has recently suffered a close family bereavement which makes it impossible for them to keep their beloved dogs.
The present owner says Ted and Storm are good with older children. They are good with other dogs but it is not known about cats or livestock. They have never shown any aggression or btten anyone and if visitors come to the house they will bark and then settle down.

Ted and Storm are good when travelling in a car. They currently live in a pub with their owner and it is not known how they react when left alone or for how long. They are described as being good with other dogs. They eat a dry and tinned food mix.
Ted and Storm live indoors and are both housetrained. They are good on the lead and have a recall as well as knowing sit, heal etc. They do not show any guarding tendencies over food or toys but they are not keen on visits to the vets.
During the time our GSRE assessor spent with Ted and Storm, this is what they said about them.

The assessor found Ted and Storm to be excitable when they first arrived but did settle after a while. They are food focused but do not like loud noises or fireworks. Both dogs are in excellent condition.

The dogs appear to be picking up on the owner’s current emotions and are likely to be grieving themselves. They were very alert and vocal but not overly so.
The assessor summarised Ted and Storm as being friendly dogs who are well rounded, social and obedient. They are a very bonded pair who need to stay together in their search for a new home. The pair have extremely thick coats which will need a good grooming regime. They are beautiful shepherds with no obvious issues. Any owner should be proud to have them.

Ted and Storm have been adopted together.