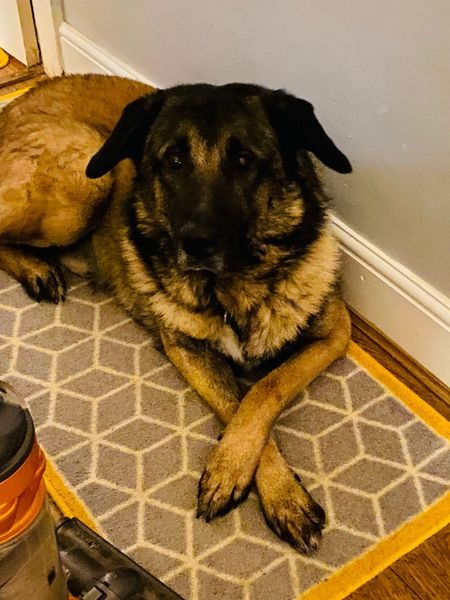 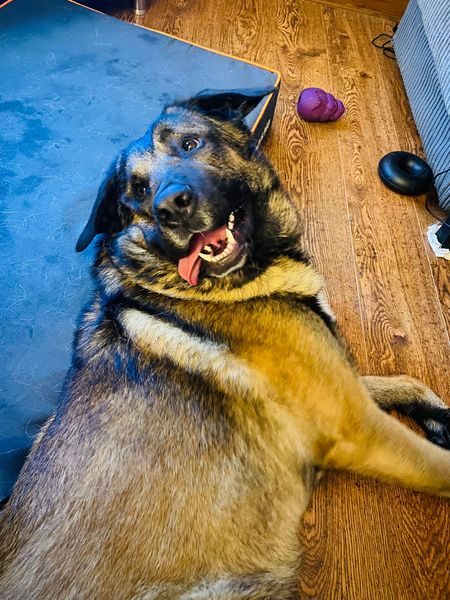 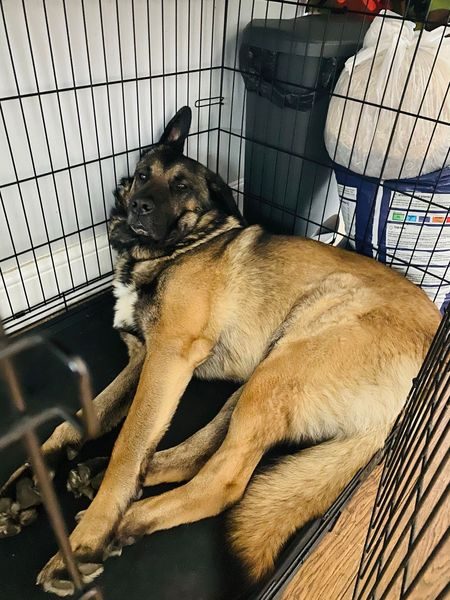 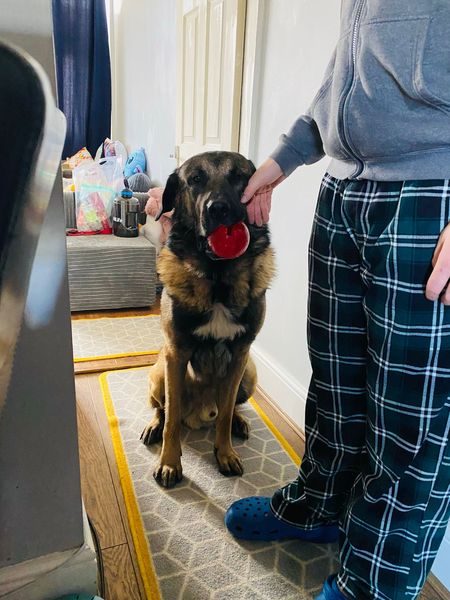 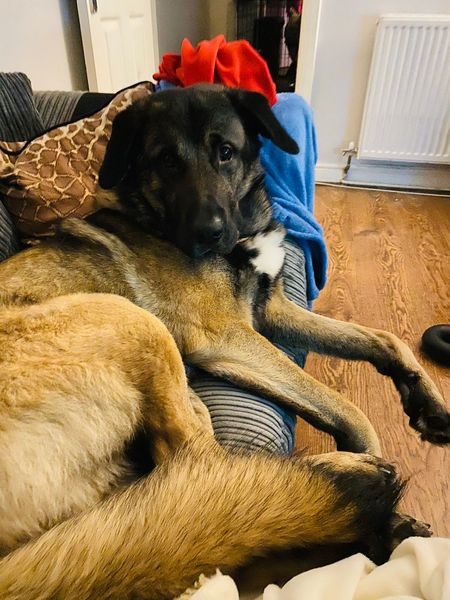 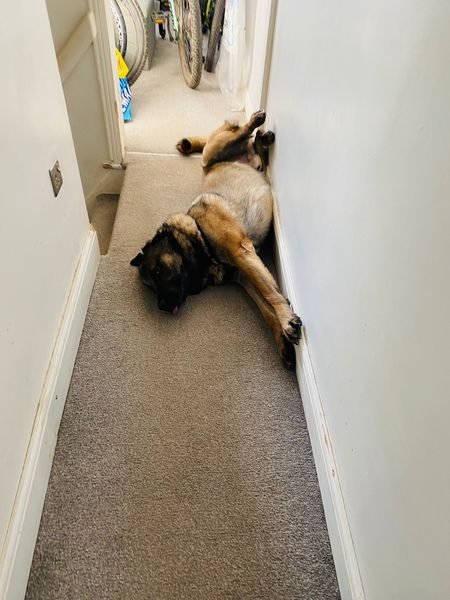 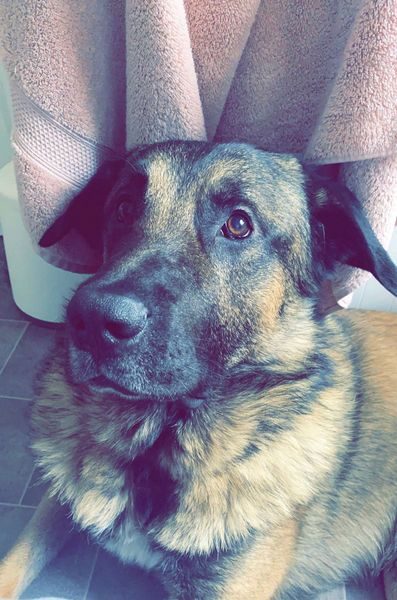 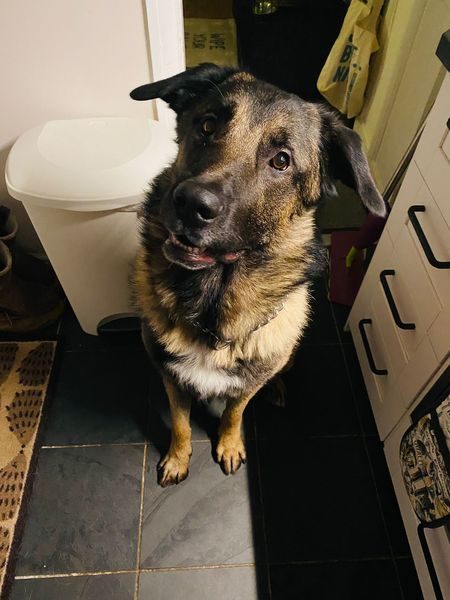 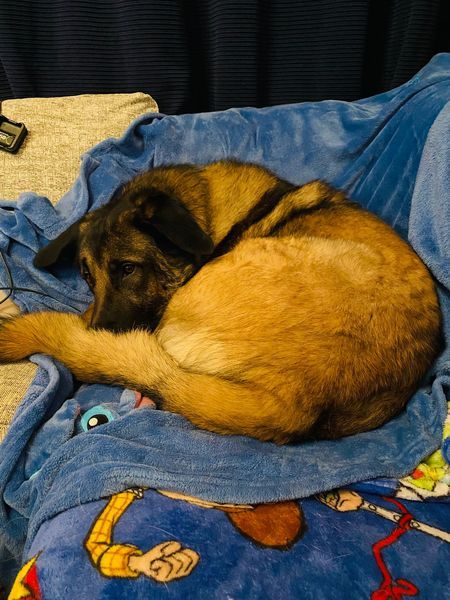 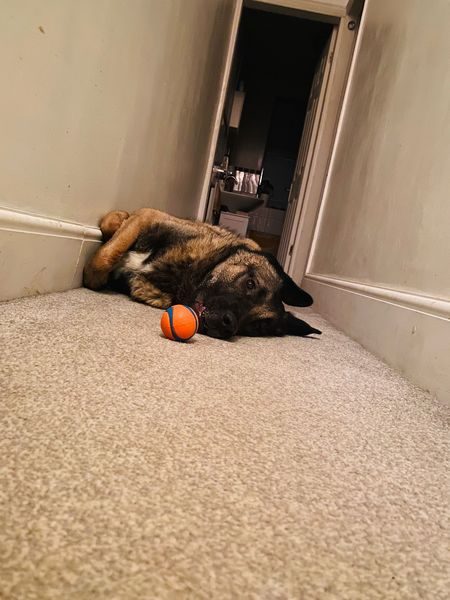 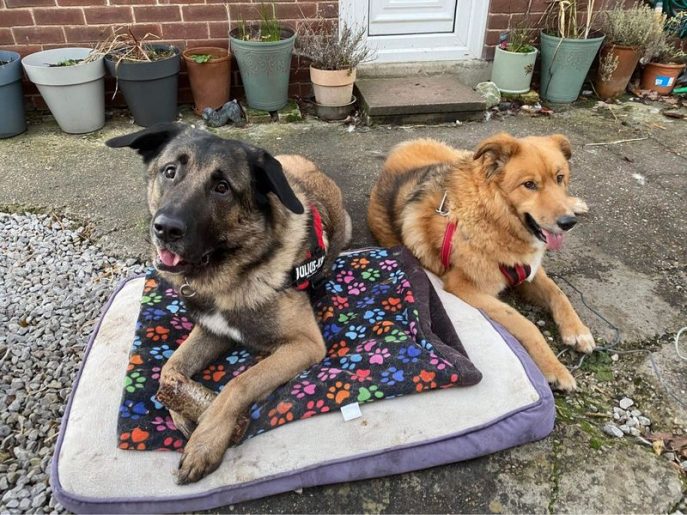 Odin is available for adoption through GSRE – this is what his current owner says about him.

Odin is a 3-year-old, male, semi haired, mixed colour German Shepherd cross. He is neutered, vaccinated and microchipped. He is fed on raw food once daily (doesn’t want to eat at breakfast) as he seems to have an intolerance (upset stomach) to all types of dry food that he has tried. He has no disclosed medical issues. He does not like the vets and will growl and grumble although he did not react during his last vaccination and was happy to walk away with a nurse when neutered. Odin is happy to be brushed and have his teeth cleaned.

Odin is being rehomed through GSRE due to his owners having a change in situation/circumstance and back surgery following ill health.

Odin is not good with children or cats and is described as being selective around other dogs. He used to live with and now plays with a relative’s dogs who are 13 (spaniel) and 10 (GSD x boxer). He has never shown aggression towards another dog and will only react to other dogs, when out on a walk, if they react to him first. Odin is interested in horses but does not react to them. He does not like birds. Odin is not bothered by fireworks.

He travels well in the boot of the car and has been in his current home since he was a puppy when he was bought from a private breeder.

Odin barks and growls when visitors come to the home, unless he knows them. He has had little practice of meeting new people in his home due to the COVID lockdown restrictions. He is generally muzzled when meeting new people. He will bark at deliveries as well as people and lorries going past the home.

Odin can be left alone in the house for between 4-6 hours. He is left in a crate, which he is happy going in if he is given treats. He lives indoors and is housetrained. He walks well on a lead and only pulls initially from excitement and if he sees another dog and wants to say hello to. He doesn’t have a consistent recall due to lack of practice, but he does know sit, paw, wait, spin, up and stay. He does not have any possessive tendencies over food or toys.

Odin has bitten his owner when they pulled him down from the gate by his collar. This did not break the skin – possibly a warning nip due to not liking being restrained? He has also nipped the clothing of the owner’s brother (16 years) as Odin tried to steal a tissue and was told no – This may have been Odin trying his luck, rather than showing aggression?

Odin is described as being a gentle giant, loving fuss, treats, toys and company from his humans who he follows around. Other than tissues and wipes (which he has a liking for) he does not steal items or food. In the evening Odin plays independently with his toys, bringing them to his owners when he wants them refilling or will laze on his bed whilst they watch TV, which he ignores. He enjoys chasing a frisbee and balls but will rip up soft toys.

During the time the GSRE assessor spent with Odin, this is what they said about him.
On arrival, Odin had snapped his Baskerville muzzle and was therefore in his crate with a fabric muzzle. He settled as soon as we left the room. When we were out of the room he whined and when we returned, he barked and growled. After around 5 minutes he began to calm down and took a treat through the crate, turning his back to eat it. People he knows can enter the house with no fuss from Odin. When strangers visit, he will settle and allow them to fuss him but stays close to his owners.

Odin is walked on a double ended lead, check collar and harness. When off-lead he is kept close-by so they can secure him by his harness if need be. He is walked with his muzzle on. On walks he is jumpy at strange noises and reacts badly to being approached by strangers. However, if allowed to approach people in his own time, he is much more receptive to meeting them.

Odin’s current routine involves and 20-minute walk in the morning before going into his crate – which he does willingly, anticipating his treats! He is left for 4-6 hours until his owner returns for one hour over lunchtime, after which point, he returns to his crate until they return home later. Later in the day, Odin has a further 45-minute walk before his mealtime.

To summarise, the assessor believes that if Odin has the right boundaries, space, training, reassurance and consistency, with a new owner putting in the effort to continue his training, socialisation and building his confidence, Odin has the potential to be a lovely dog and will make someone an amazing companion.

Location:
Chesterfield - Own home
Sex:
Male
Age:
3
Neutered:
Yes
Good with children:
No
Good with other dogs:
Selective
Good with cats:
No