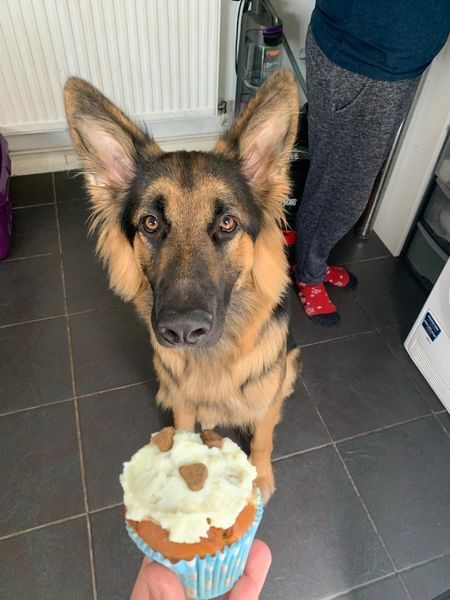 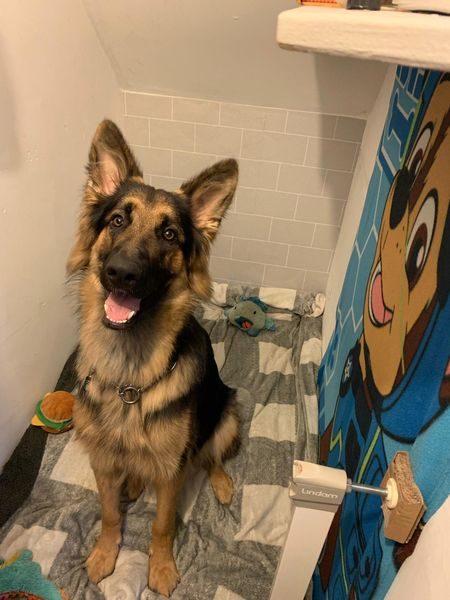 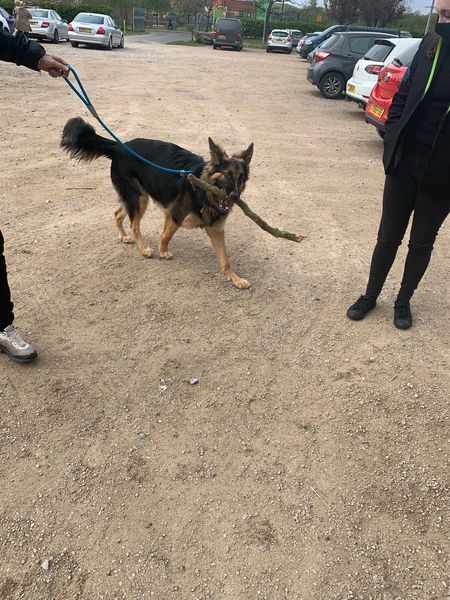 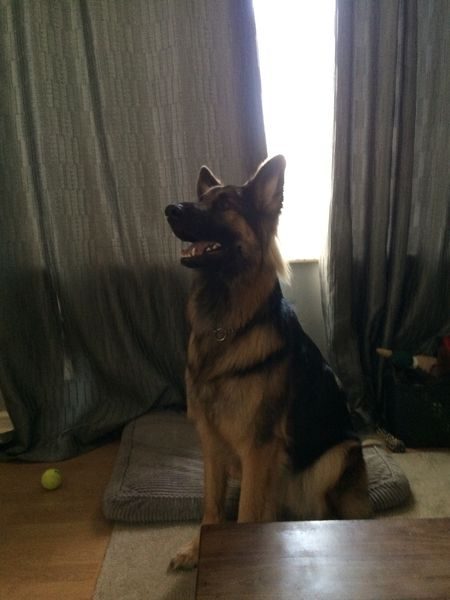 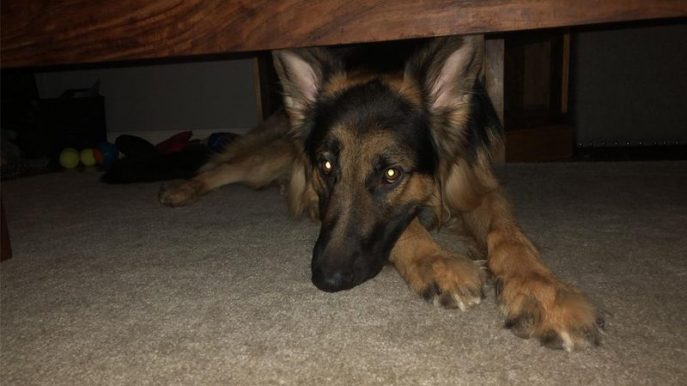 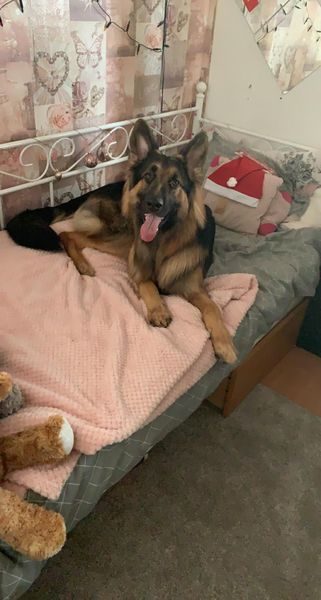 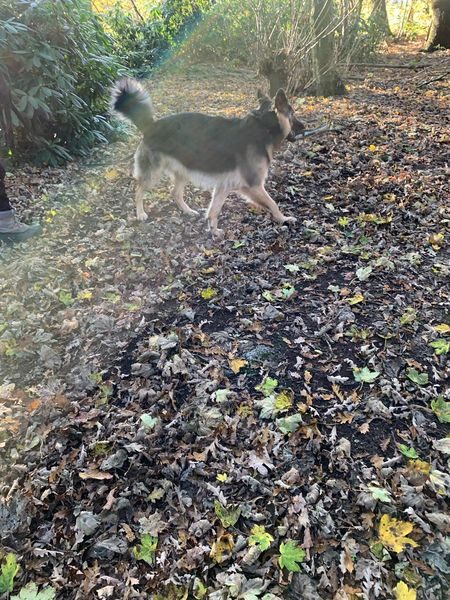 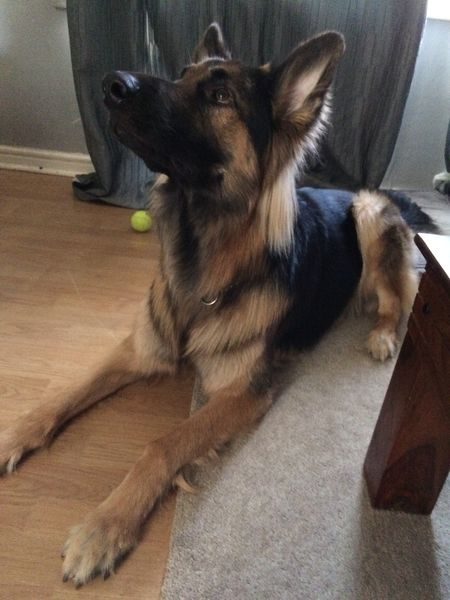 Stryder is available for adoption through GSRE – this is what his current owner says about him.
Stryder is an 18-month-old, male, long haired, black and tan German Shepherd. He is not currently neutered but is vaccinated until Oct 2022. He is microchipped and was flea/worm treated in early Feb. He has no known food allergies although he is a fast eater (currently uses a slow-feeder bowl). He eats Dr John’s kibble and wet food, twice daily. He has no disclosed medical issues.

Stryder is being rehomed through GSRE because of a relationship breakdown. His current carer has no large breed experience and two children to look after, finding it difficult to give Stryder the life he deserves.

Stryder currently lives with two children, aged 10 and 13 years. It is not known how is he with other dogs but he will bark at them when out walking. It is not known how he would react to a cat but is ok with cows and horses. Stryder does not show any possessive tendencies over food or toys. He gets nervous at the vets which results in him barking. He is not scared of loud noises or fireworks.

Stryder has never shown any aggression but will bark if someone comes to the house (deliveries etc.). He is described as being a bit nervous but does settle quickly. He can be left alone in the home for 3 to 4 hours and will usually just lay by the dog gate. He loves travelling in the car.

Stryder has lived in his current home since being 8 weeks old when he was bought from a private breeder. He lives indoors and is housetrained. He is strong on the lead even when wearing a Halti headcollar. He has a selective recall but is good when exercised on a longline. He knows sit, down, paw, speak, spin, wait (for food) and gentle.
Stryder is described as loving to cuddle and believes he is a lap-dog!

During the time the GSRE assessor spent with Stryder, this is what they said about him.
Upon the assessor’s arrival, Stryder was barking and appeared nervous of them. After a couple of minutes and with the offer of treats he went over and took them gently. Within 5 minutes he was very comfortable with them and went over to sniff and have a fuss.

The current owner clearly loves him and would dearly like to keep him, but in their current situation feels this is not fair on Stryder. He is very strong and due to a medical condition, his current owner is not walking him, just playing in the garden. One of the children came into the room and Stryder gave him a lick of acknowledgement but otherwise was not bothered by him.

Stryder is not tested with cats, but does chase leaves and squirrels. His experience with dogs is very limited, he barks at dogs he sees on walks so other owners keep their dogs away, which hampers socialisation opportunities. He sleeps upstairs at night but not on the beds. The furnishings are in good condition and no sign of chewing/scratching of furniture etc.

Stryder is a stunningly handsome boy who is well behaved with good manners. When told to leave something he promptly did and backed away. He responded to commands sit, paw, down, speak and waited until told he could take a treat. He also knows “spin”. He loves his toys but possibly loves his treats more. He spent most of the visit relaxing by the assessor’s feet. His coat is in very good condition and he loves to be brushed. He looked a picture of health.

The assessor was impressed that Stryder is such a polite, friendly, loving dog given his limited early start. He would be a fabulous family dog and in a home that could show him that the world isn’t scary, he would quickly flourish.

Stryder has been rehomed through another rescue.