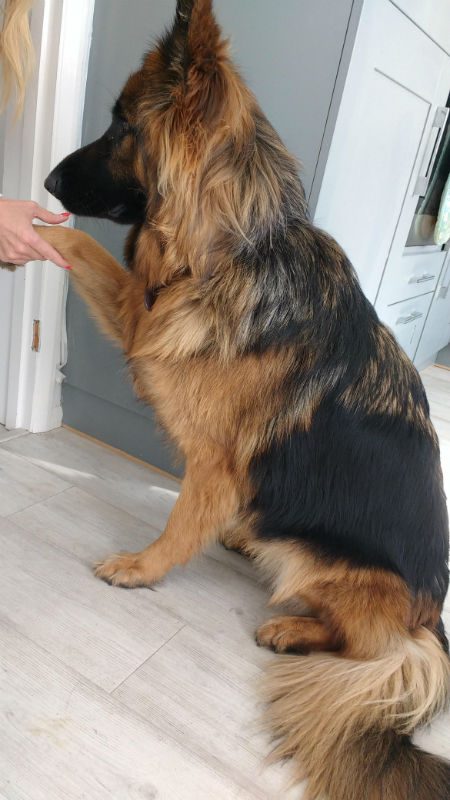 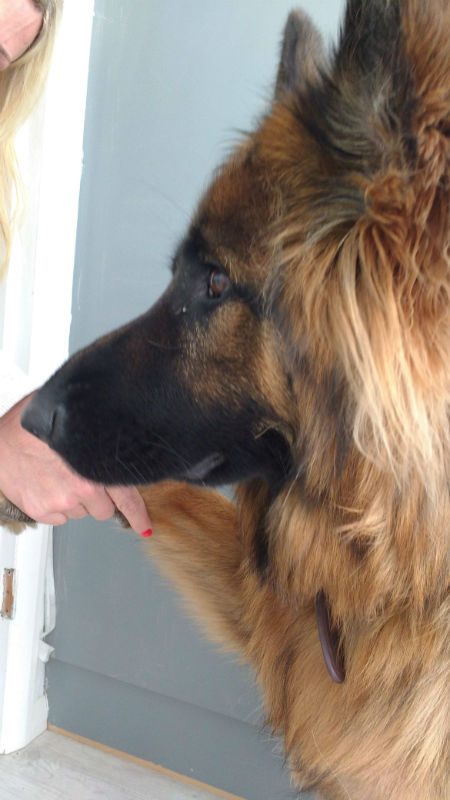 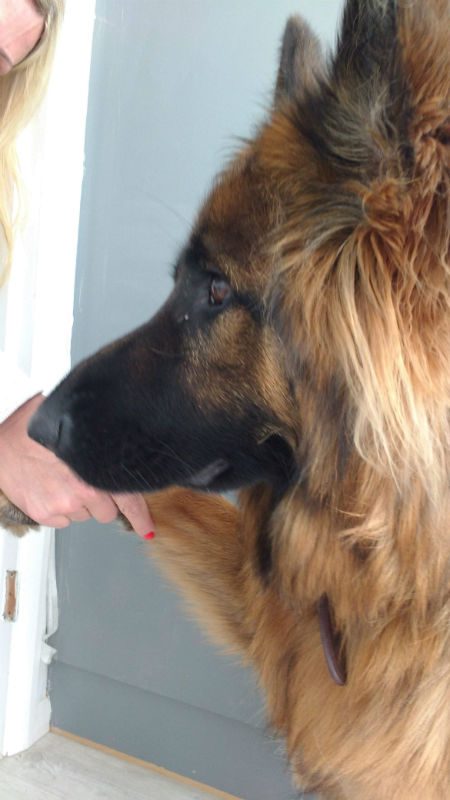 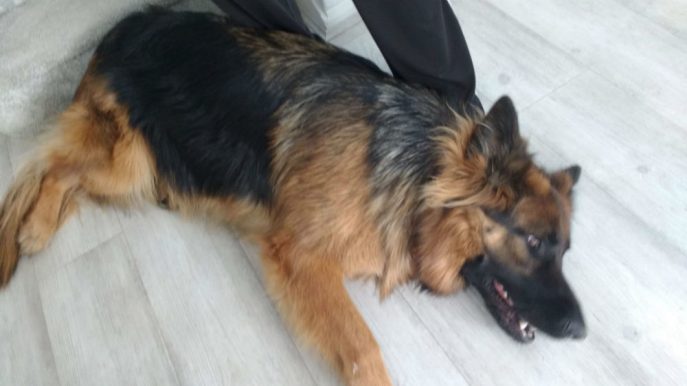 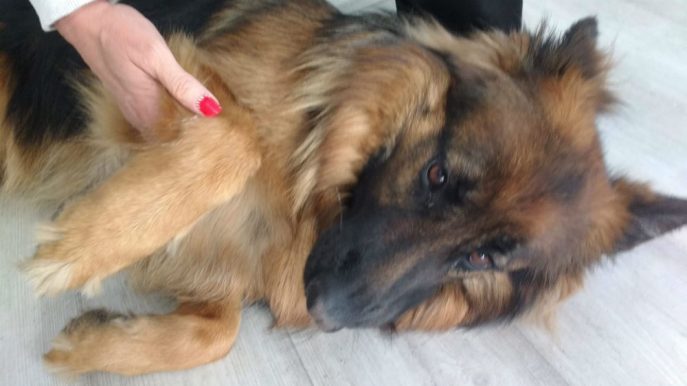 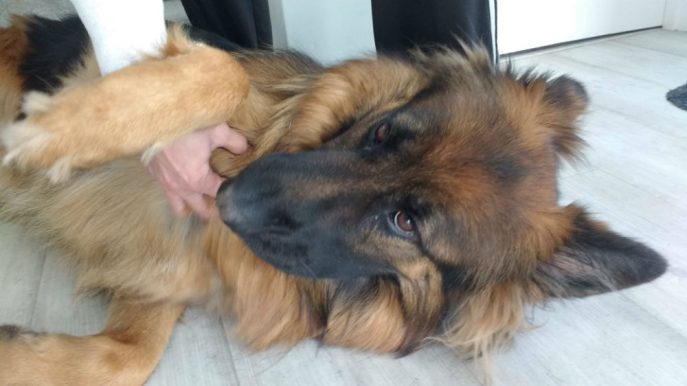 Tiffany is 2 years old. She is spayed and we are told she is vaccinated and microchipped. She is used to children 11 upwards and good with most dogs but has a problem with some smaller dogs. She does live with a cat but they are not sure how she would be with an unknown cat. Being rehomed due to a change in circumstances so she is not getting the time and attention she deserves. This is what our volunteer had to say about her:

“Tiffany is a beautiful GS with a loving nature.  She greeted me with no barking, sat on my feet and lent against my legs giving me her paw.

Tiffany has developed a random aggression to some small dogs (mainly terriers).  She was attacked by one and hasn’t been the same since. Tiffany belongs to their son who is 15 and he has lost some interest in taking her out and is slightly put off by the occasional aggression.

The parents take her to work in the daytime, but they do need to travel so they feel that it is difficult to look after her.  They think she should be with a family who are about in the daytime.

Her coat was in stunning condition and she is groomed professionally every month.  She’s a beautiful healthy dog and if my Indie wasn’t so bad with other dogs, I would love to give her a home.

She was good on the lead, although she pulled initially.  We did see some small dogs and she lunged a bit, but to be honest I thought she was well behaved compared to our dog!!  She walked well on a narrow pavement, close to traffic. I do think the father was very good with controlling her, but his wife isn’t so strong and has an arm injury from Tiffany lunging.

She was so good with their cat too…..gently licking it.  She rolled over for me to give her a tummy tickle. She stayed by the front door and didn’t run off.  Her behaviour with young children is unknown, but personally I think she would probably be fine.”

Tiffany’s owner has decided she cannot bear to part with her.