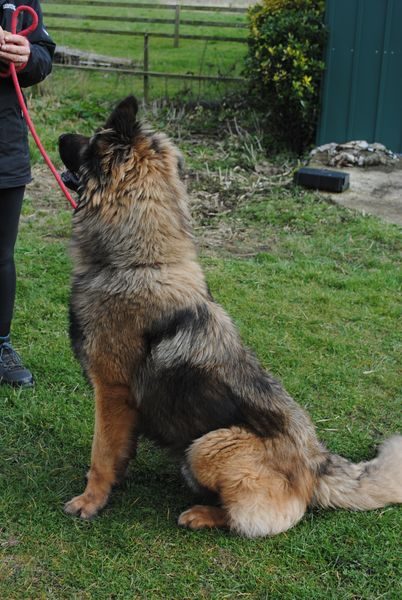 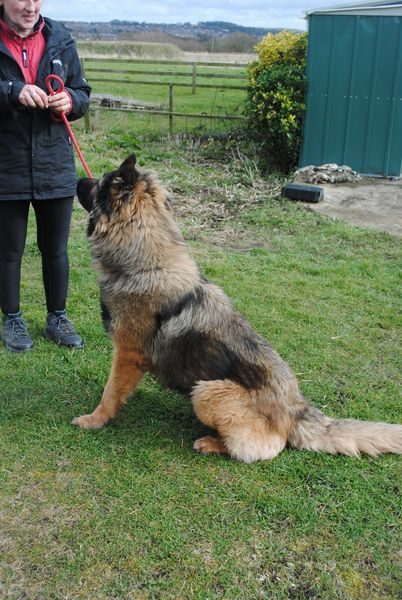 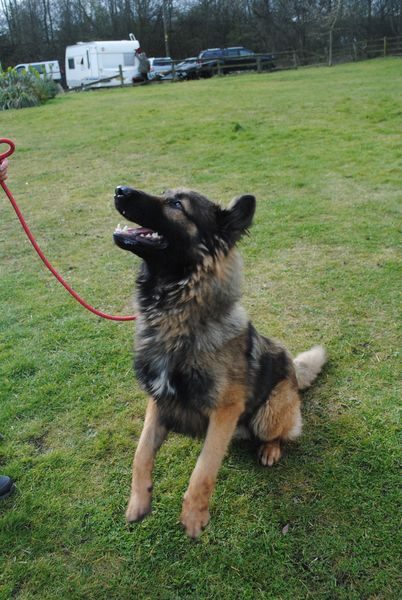 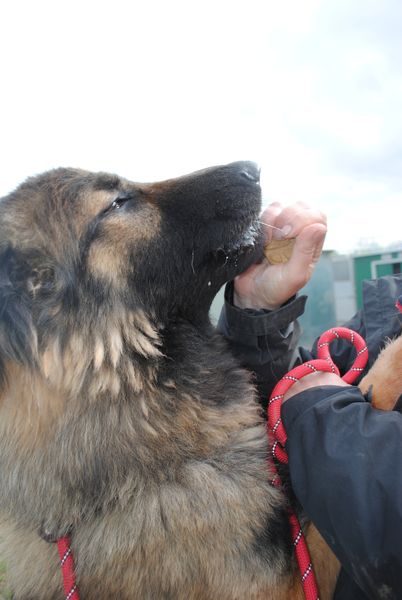 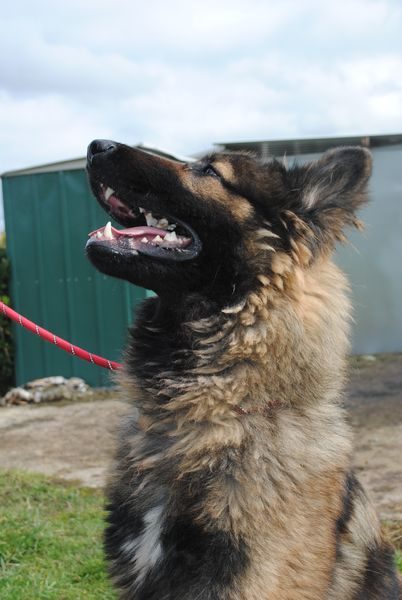 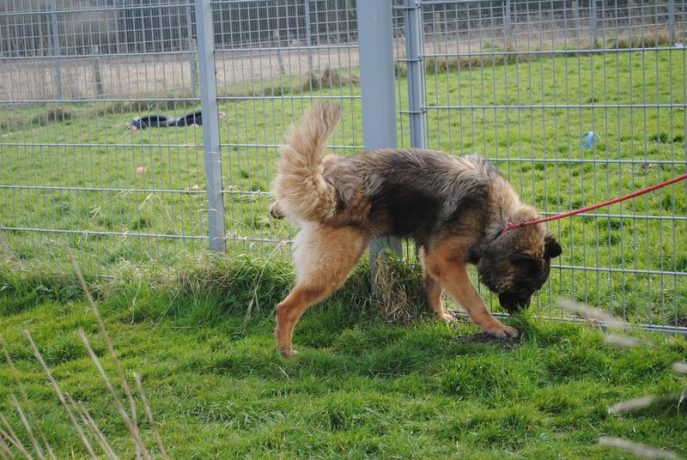 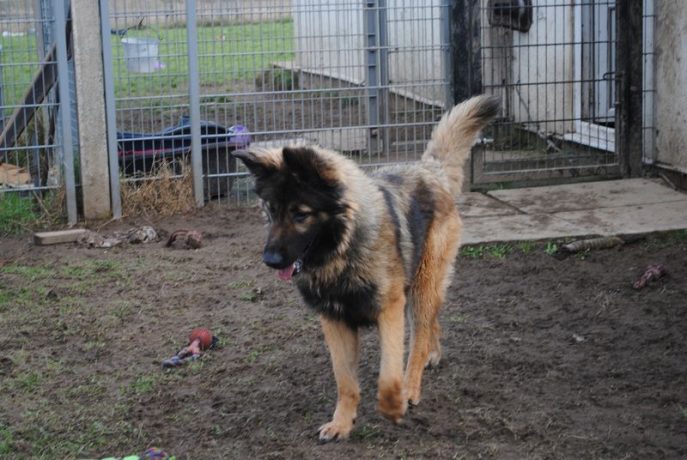 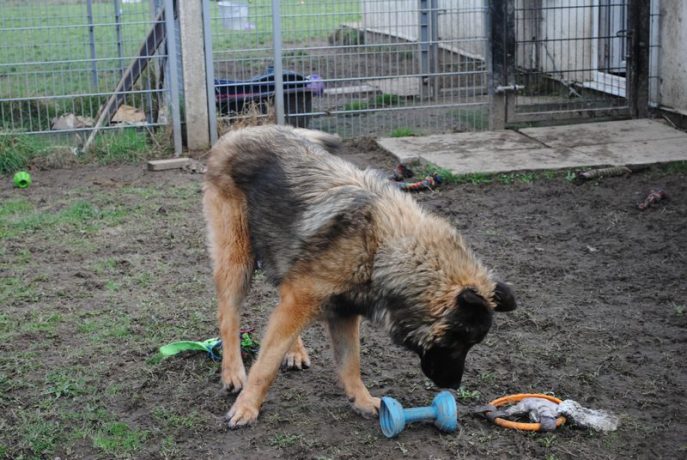 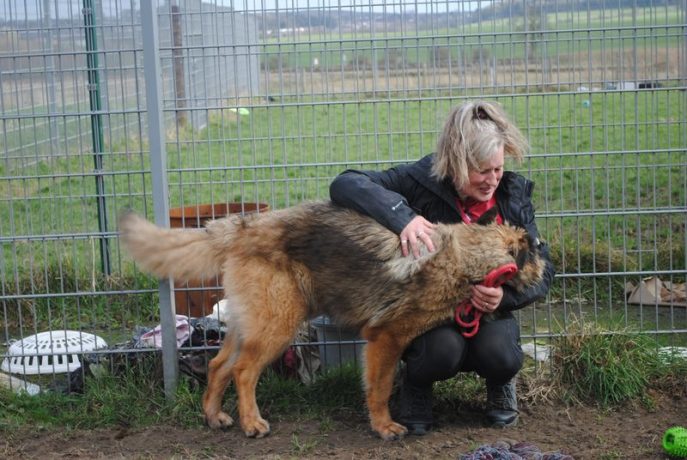 Every now and then we take in a dog that either melts our hearts or makes us laugh well this boy did both!

Please meet Tom or ‘The Shetland Pony’ as we have called him!

Tom arrived into our care as he was in the stray pound, we have very little information on him but he is quite simply just stunning and very large!
This big lad is around 1 year old, still entire, he is micro chipped and he has started his vaccinations.

Tom, considering his size is quite an easy dog to walk once he realises that this is better done with all four paws on the ground….yes he likes to jump around and bounce as apparently it’s good fun!

Tom is obviously crossed and we would guess at Leonberger or something similar, everything about him is huge including his heart! He loves everyone and meets them with a big kiss and an even bigger paw, then two paws and then his whole body just wraps around them.

Without doubt Tom will need some training, it’s clear that he’s had none but he’s a bright lad and will very quickly learn.

Tom has been fine around other dogs, he meets them all with a big smiley face and a wagging tail even if they don’t like him!

The worst thing that we’ve seen so far with Tom is that he will cock his leg on absolutely anything, it’s not funny, big or clever Tom! He may need house training but again he’s a clever boy and will soon pick this up.

Tom hasn’t been cat tested and due to his size and the lack of history we would say that he could live with older children only especially as he does mouth when excited but applies no pressure.

He’s fine with the vet and he really enjoyed being examined, he even gave her a high five as a thank you!

Tom has seen traffic, passers by, dogs and joggers whilst out on his walks and he’s not been phased by anything.

We are looking for a home for Tom that has large breed experience as he really is a giant compared to most of the dogs that we have in and also someone who has the time and patience to make him the dog he should and can be.

Tom has been adopted.