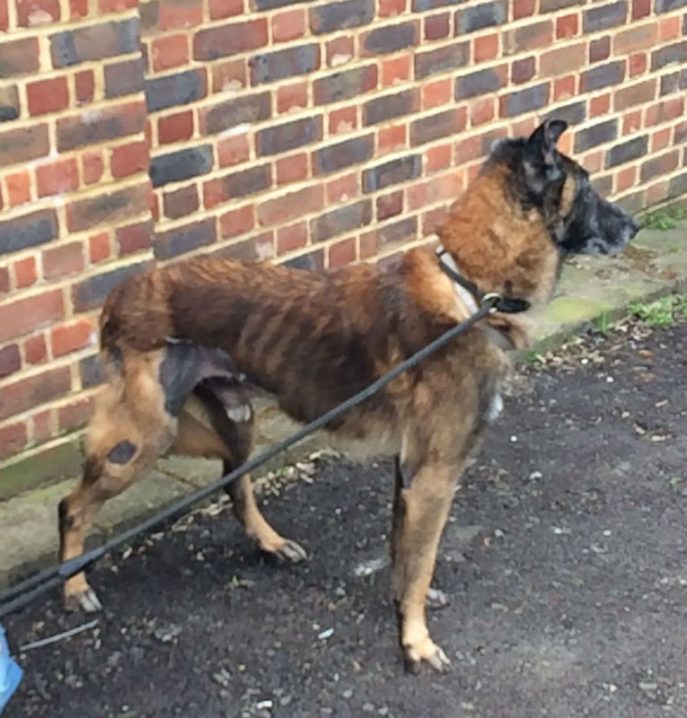 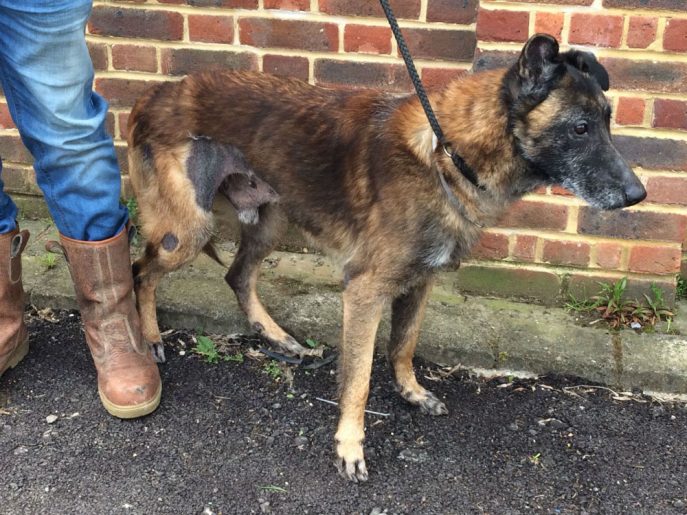 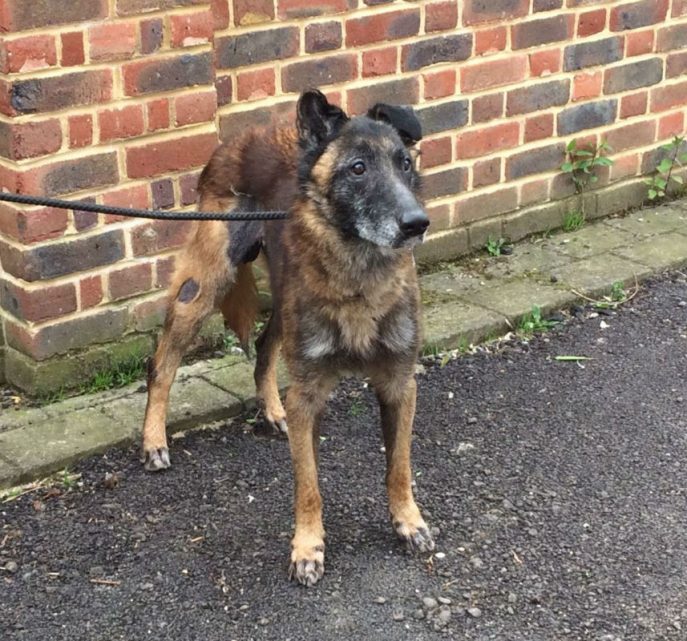 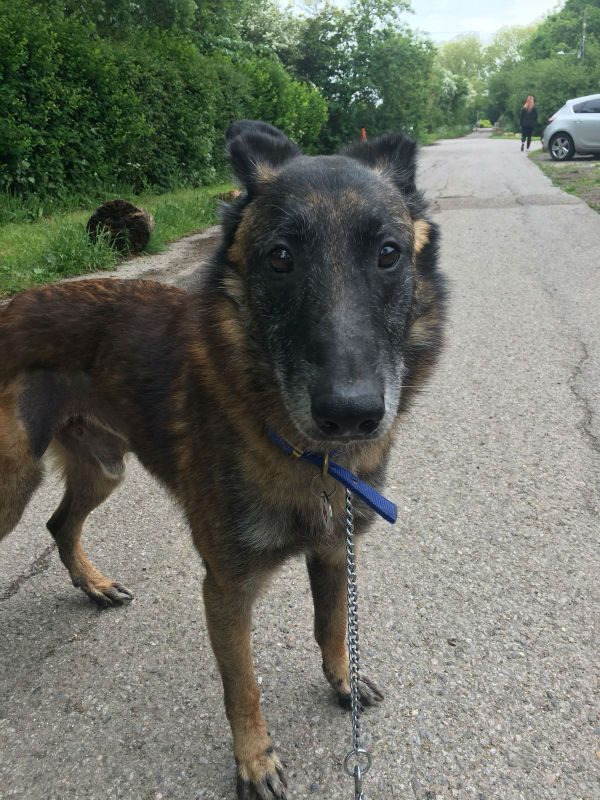 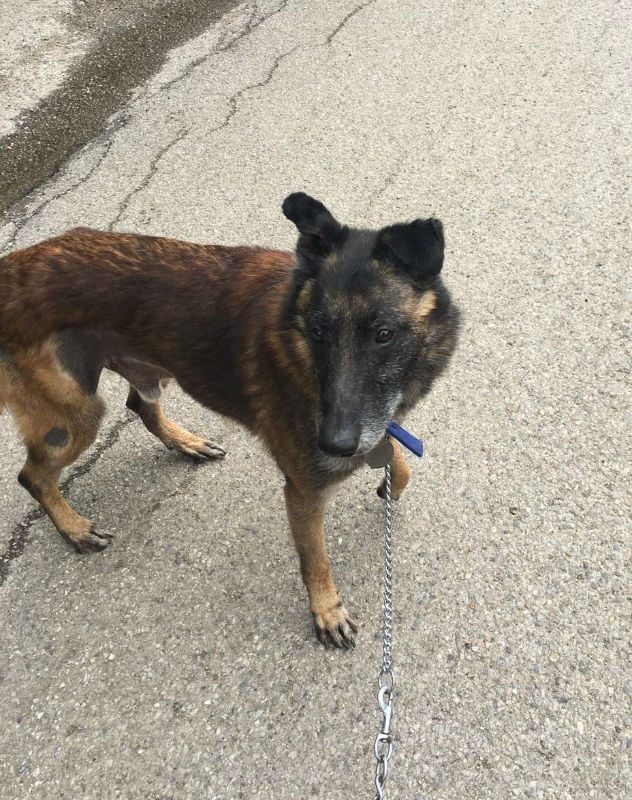 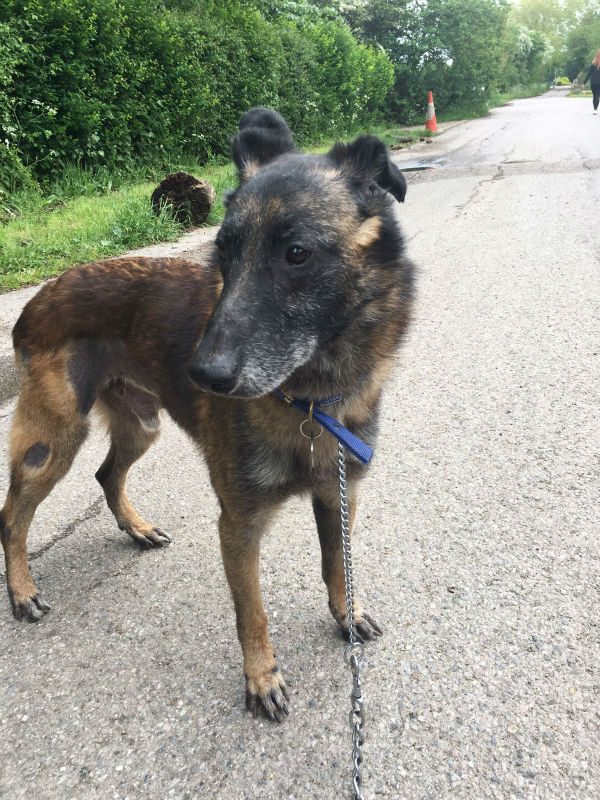 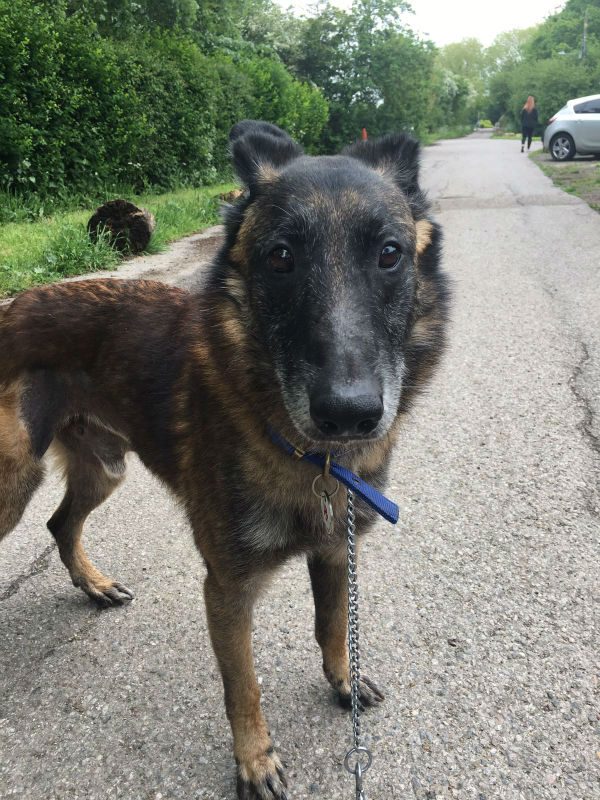 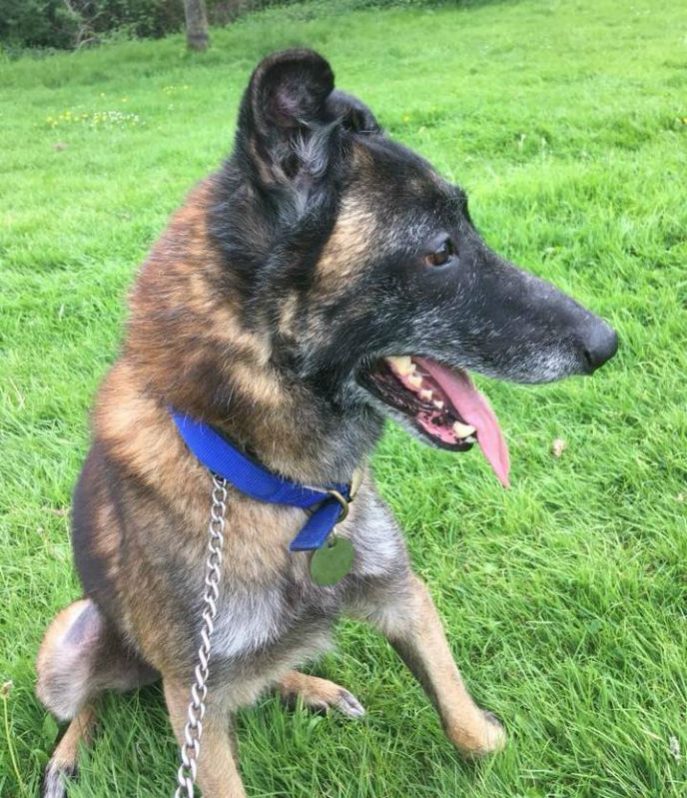 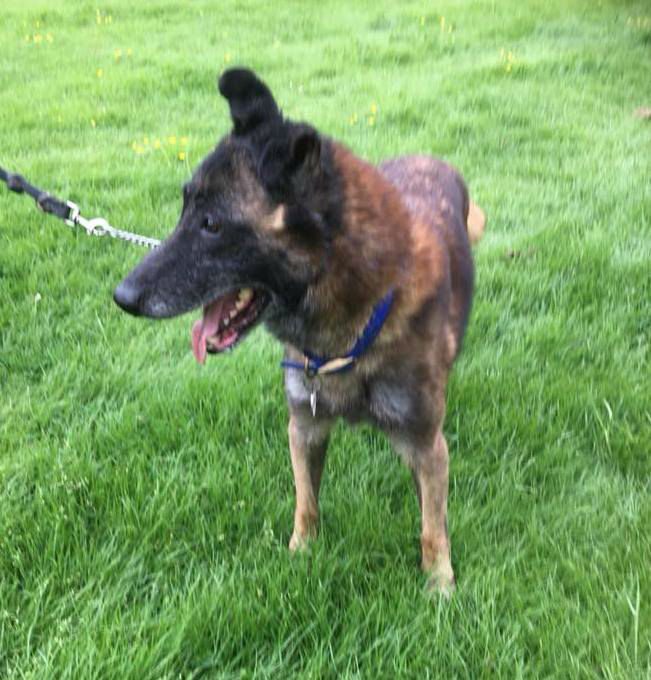 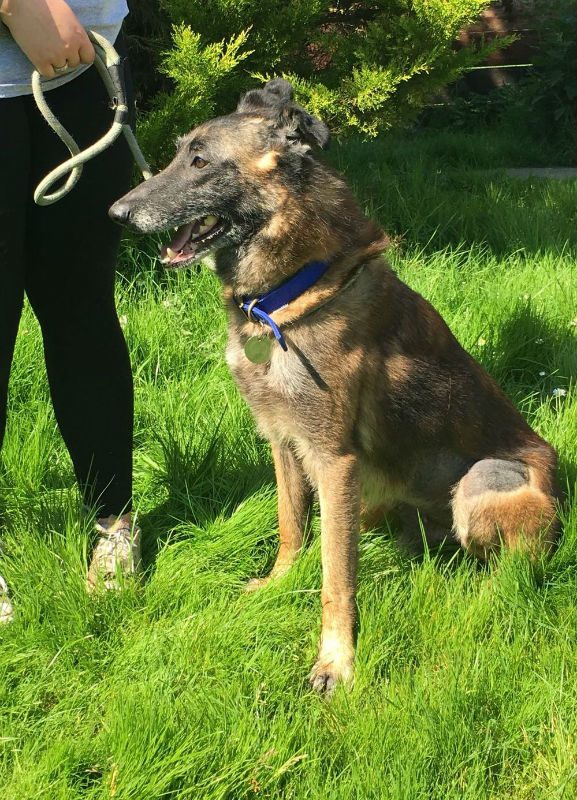 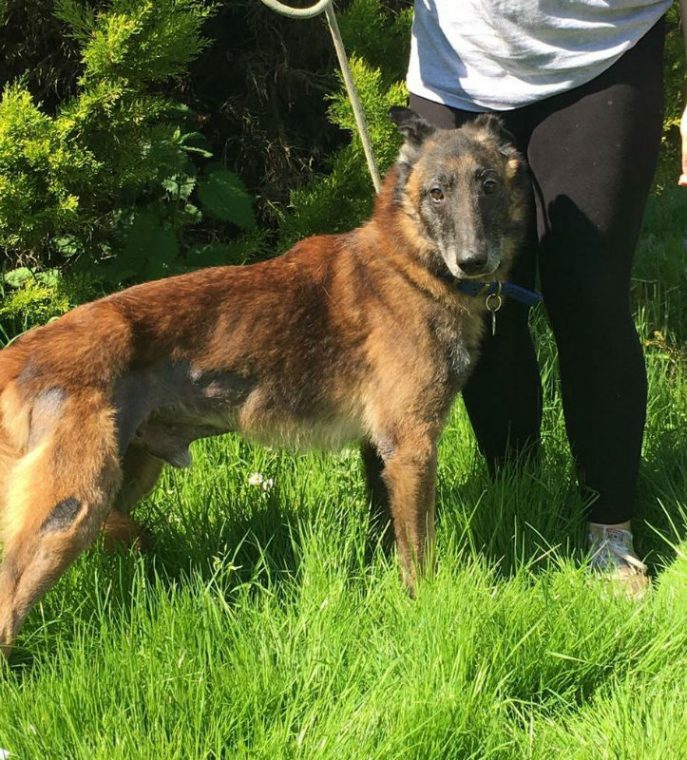 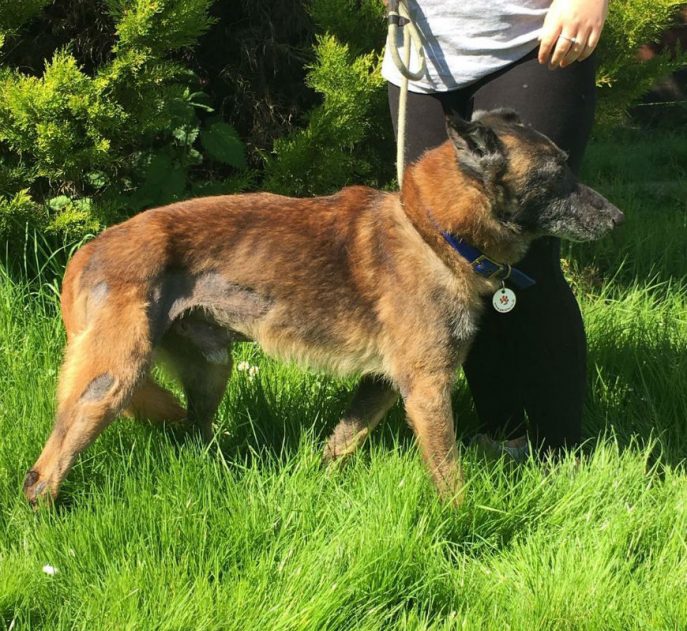 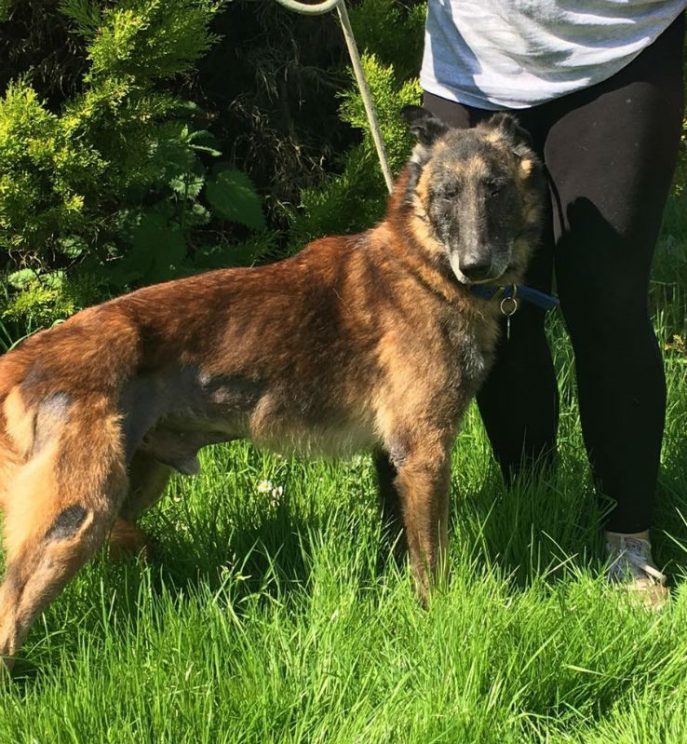 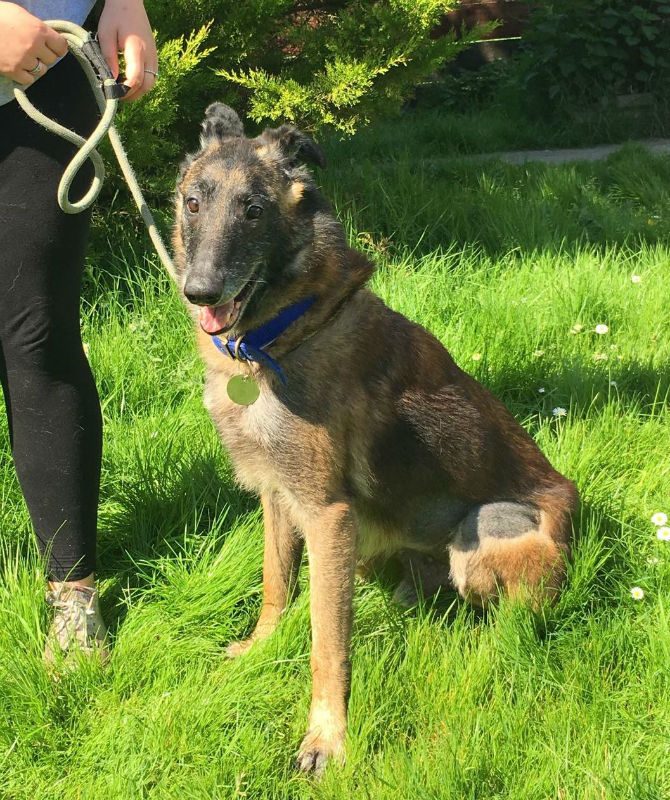 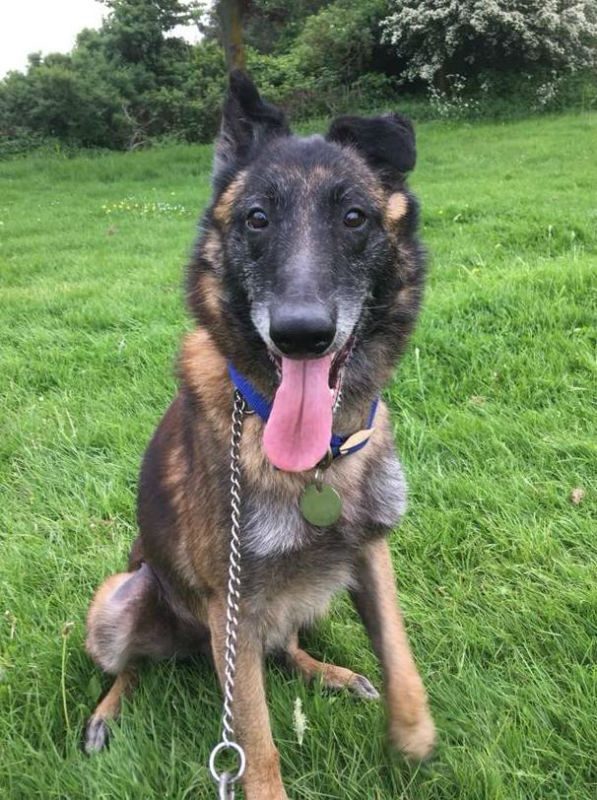 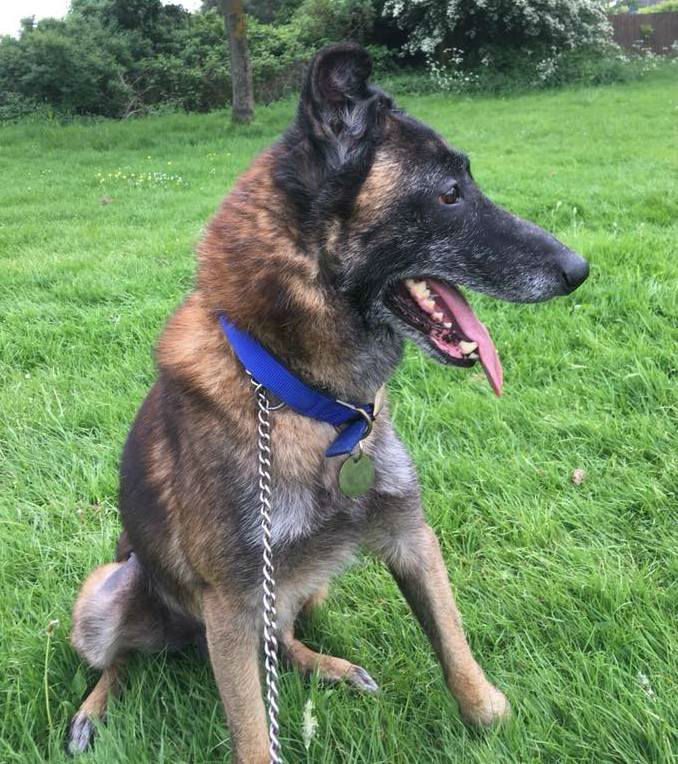 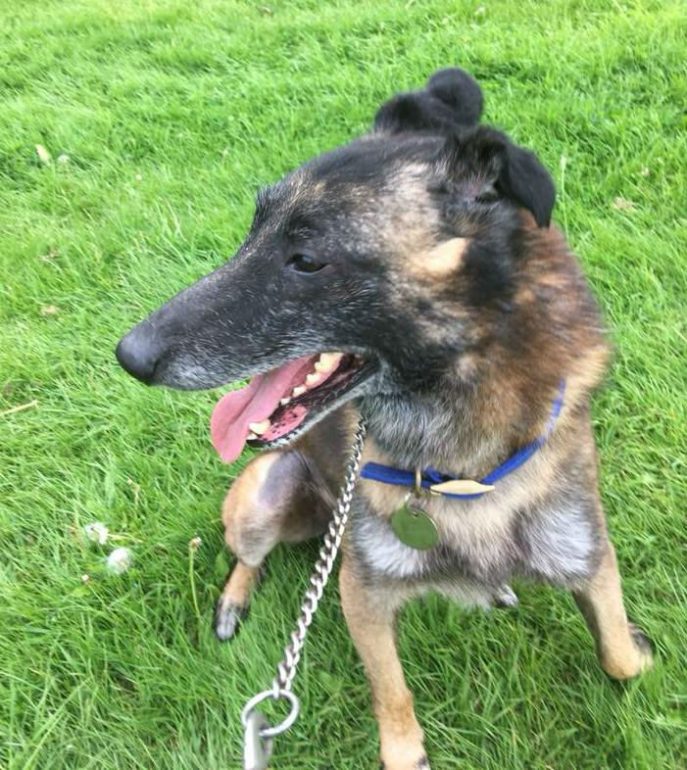 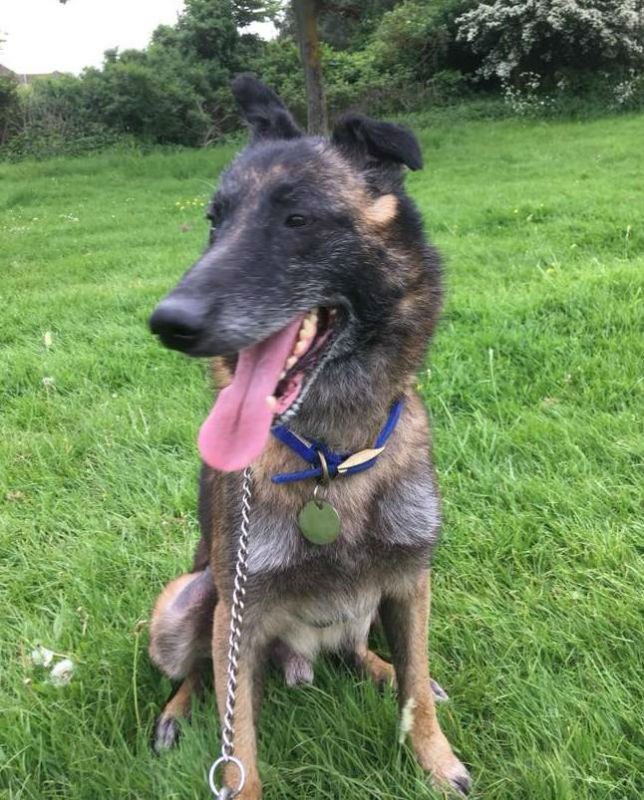 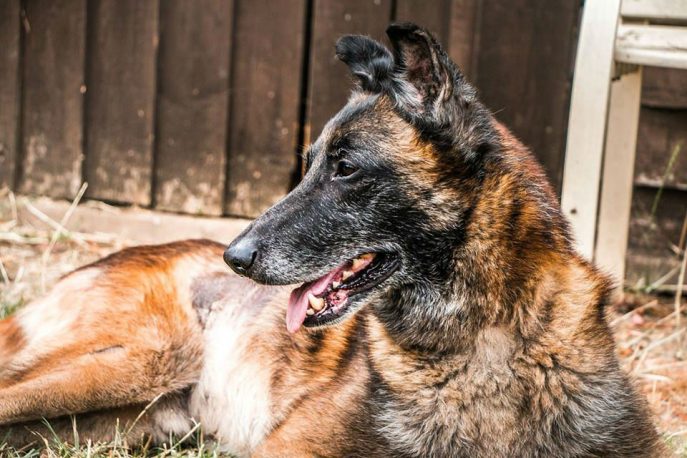 May I introduce Tyson who is a 10 year old a Belgian Shepherd Malinois. We could not say no to this poor fella after being contacted by Social Services who were as concerned about the dog as they were the rest of the family. Tyson had been with them since a pup. Entire, no chip, no vaccinations. He spent most of his life shut in a cage that wasn’t even big enough for him, hence the chewing of his fur.

Tyson has been with us 2 weeks now and you can see the difference in him from the photos. His vaccinations have been started, he is now microchipped and neutered and of course putting weight on, and most importantly, he has learnt to smile about life again.

Tyson is used to children but would probably appreciate a quieter home now. Been fine with the dogs he has met and would probably live happily with a mature bitch. Met the cat at the kennels and wanted to play with it!

This lovely lad would just like a retirement home please where he can spend the rest of his life being a dog in a happy and calm environment.

Tyson is staying with his foster family.