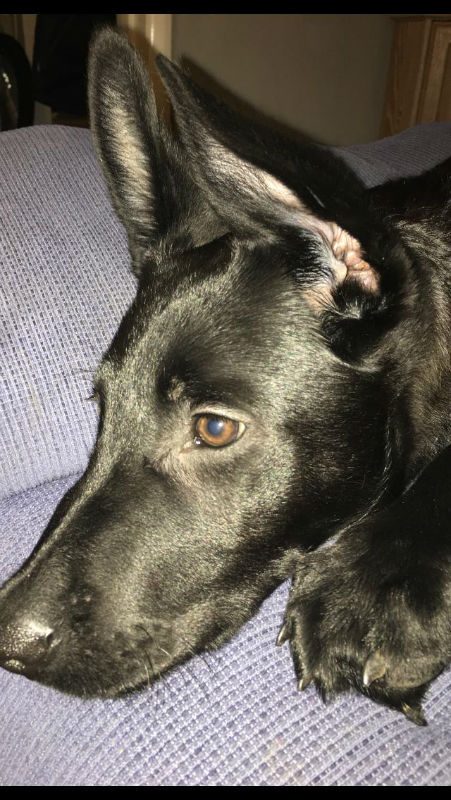 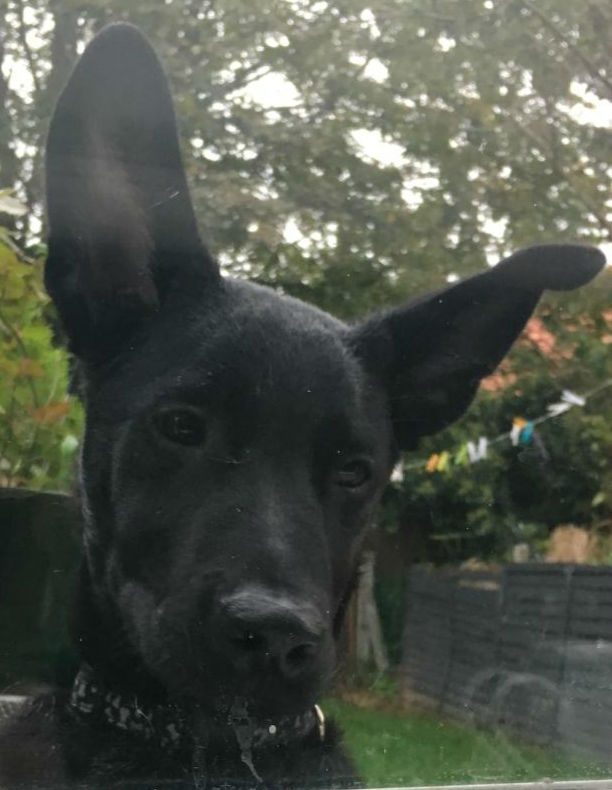 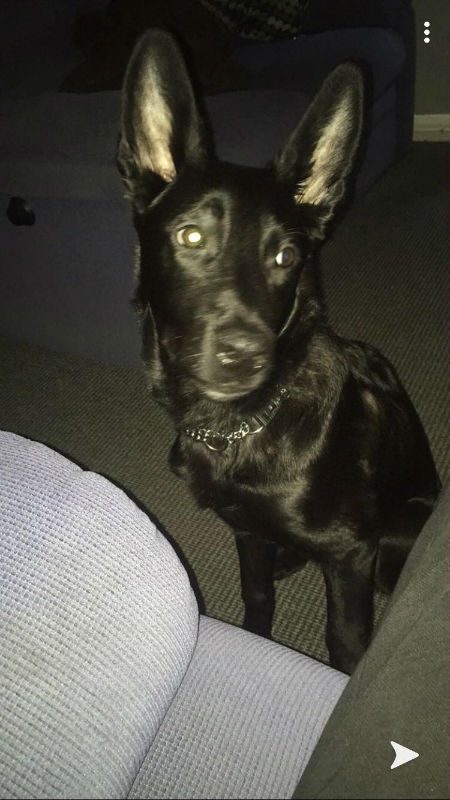 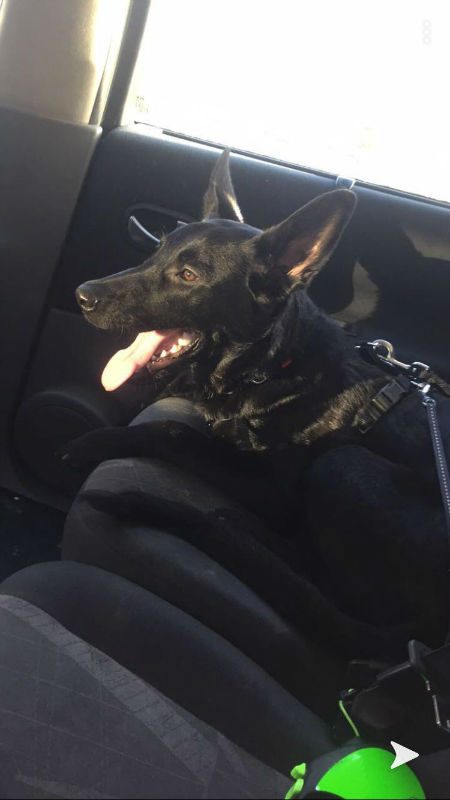 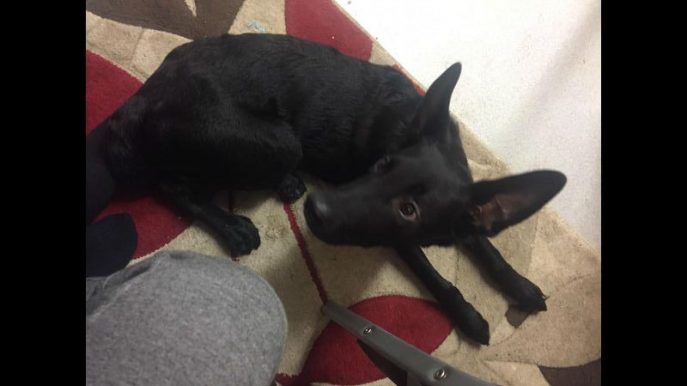 Form an orderly queue…..  Vinnie is a 7 month old jet black Dutch Shepherd and he is absolutely gorgeous! He has been in this home since he was 2 months old.

Vinnie is a super smart and agile breed and every day should be a school day for him, unfortunately he is not being taught much at the moment.  He is not fully housetrained yet, has no real walking discipline and still uses his mouth to nip and bite if he doesn’t agree with something.  As with all large breed puppies he needs firm but kind guidance, routine, discipline and lots of time spent training, exercising and playing with him.  He should be enjoyed for the delight that he is.

He barks excitedly at the door and greets everyone by jumping up (very high) and is very excited.  He can scale any gate or barrier they have put up to hold him back.  He barked at me a bit but not in an aggressive way.  He settles quickly and enjoyed a fuss and treat.  He snatches treats.

Vinnie was bought from a breeder by the teenage son of house but he is at college a lot and is not experienced or motivated enough to train this type of dog.  The mum of the house is returning home from a busy day at work and being left to clean up after a dog that she simply didn’t sign up for.  Vinnie can jump up onto the worktops in the kitchen, opens boxes, destroys the garden and eats anything he finds including his own poo and the cats (which is obvious when he kisses you, his breath could melt your face).

Vinnie lives with a cat and they do lay together sometimes but he will also chase if the cat runs as he wants to play.  Vinnie has bitten and growled at the mum of the house several times but this has slowed/stopped in the last month or 2.  He still growls at her sometimes but also enjoys a cuddle and has decided to sleep in her bed now rather than the teenage son, along with the cat.

They have bought a crate but unfortunately they use it as a punishment rather than making it a haven.  I have given some tips on how to use correctly.

Vinnie has not been neutered yet, he is microchipped and vaccinated and has no health issues.  He has only been to vet twice (for vacs) and was well behaved.  He whines on the few occasions he has been in the car.  He is very aggressive at the hoover.  I believe he is underweight, I can feel and see every rib.  I have advised them to have a vet check.

I walked Vinnie and he pulls excitedly at first and weaves all around but he was very responsive to my guidance and became a pleasure very quickly.  He enjoyed a little job with me and would make an excellent running mate.  He loves other dogs and wanted to play with the few we passed, he ignored the dog barking aggressively at him to look for a nicer one.  He has not been taught recall and is not socialised much.  He has taken one agility course (the day I assessed) and was apparently very quick to learn.

This boy is just a baby, he is adorable and could be an amazing companion and family dog.

Vinnie’s owners have decided to keep Vinnie and work with him.