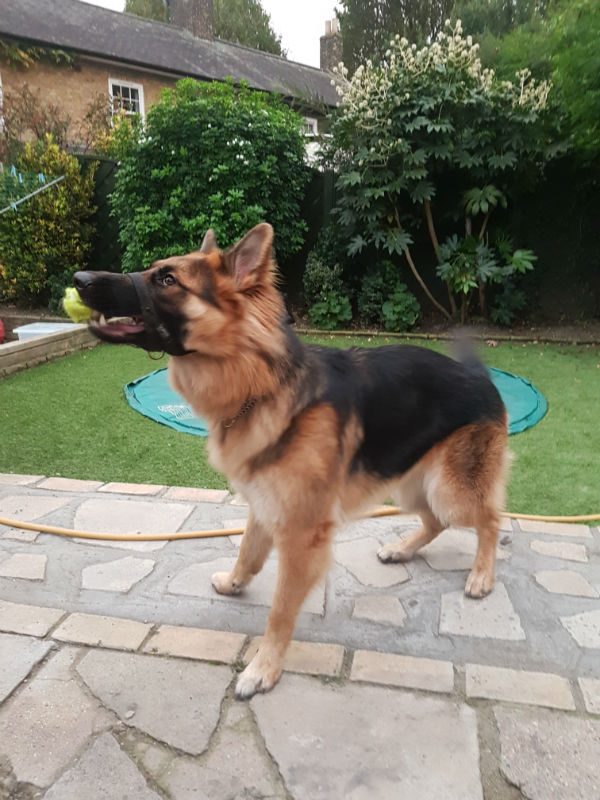 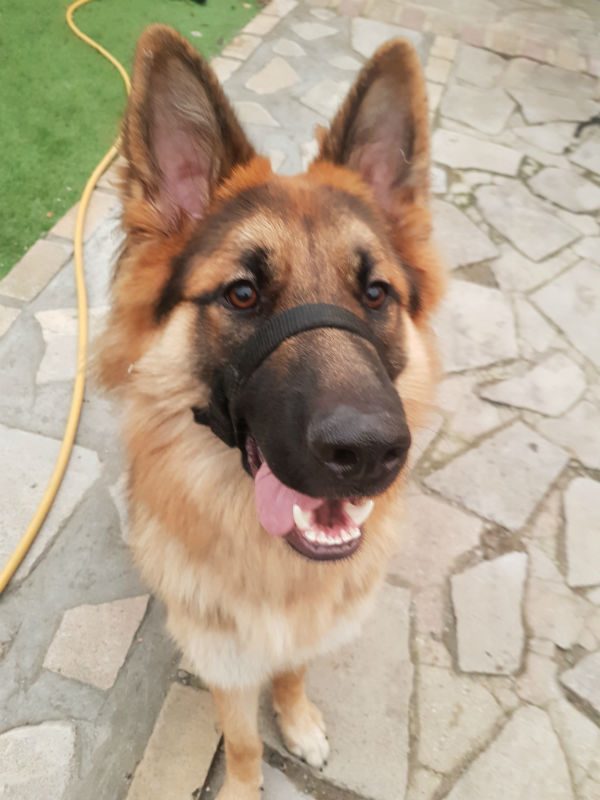 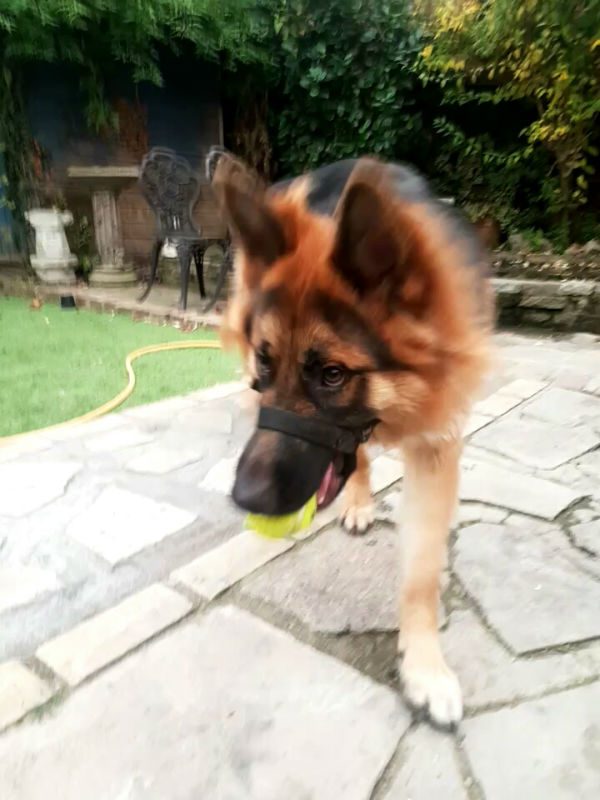 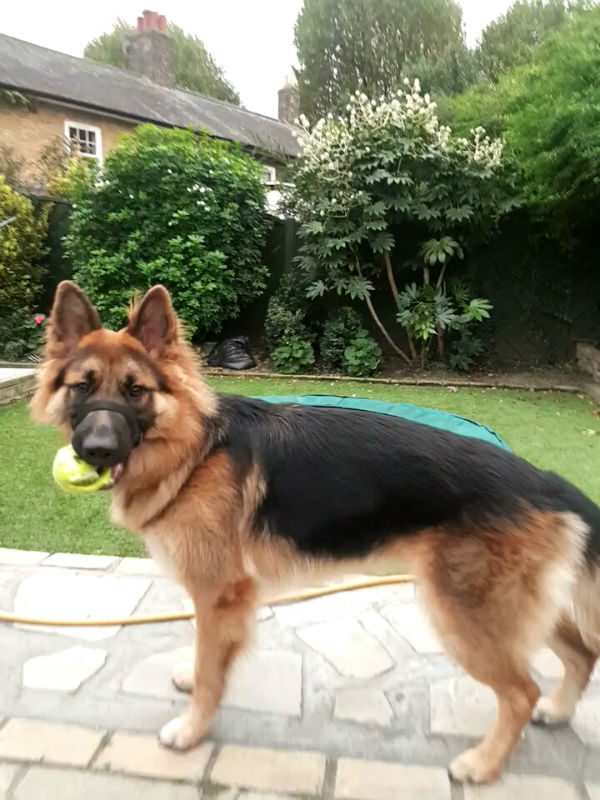 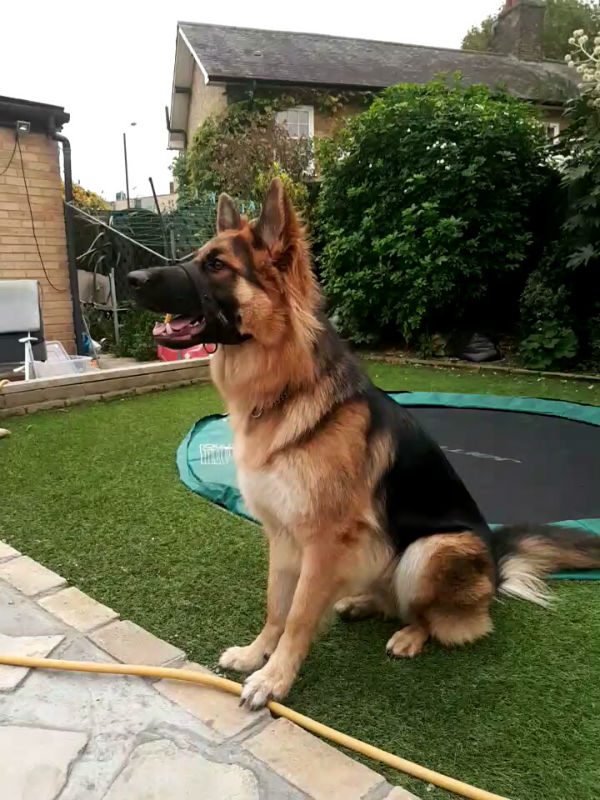 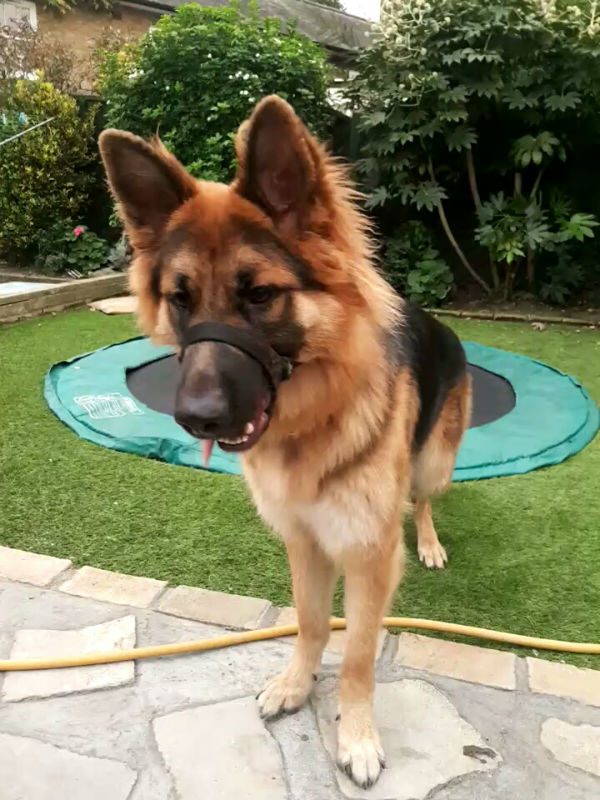 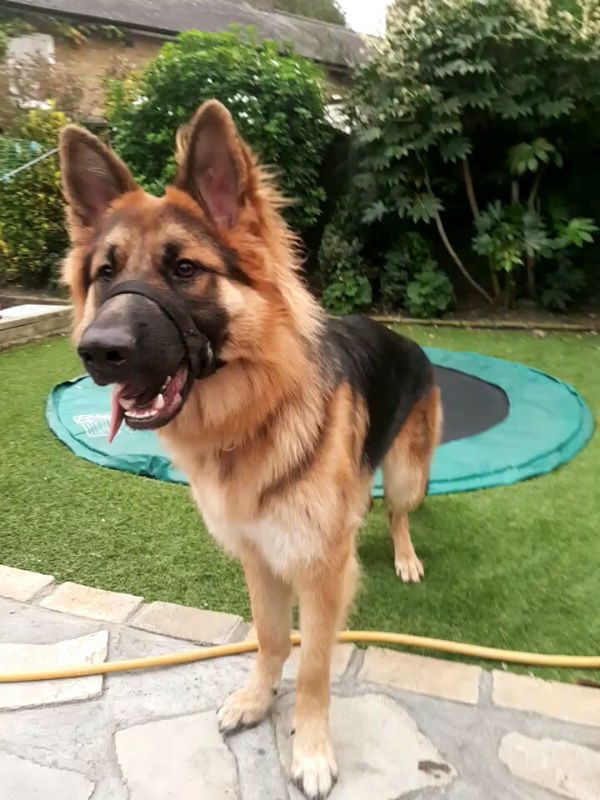 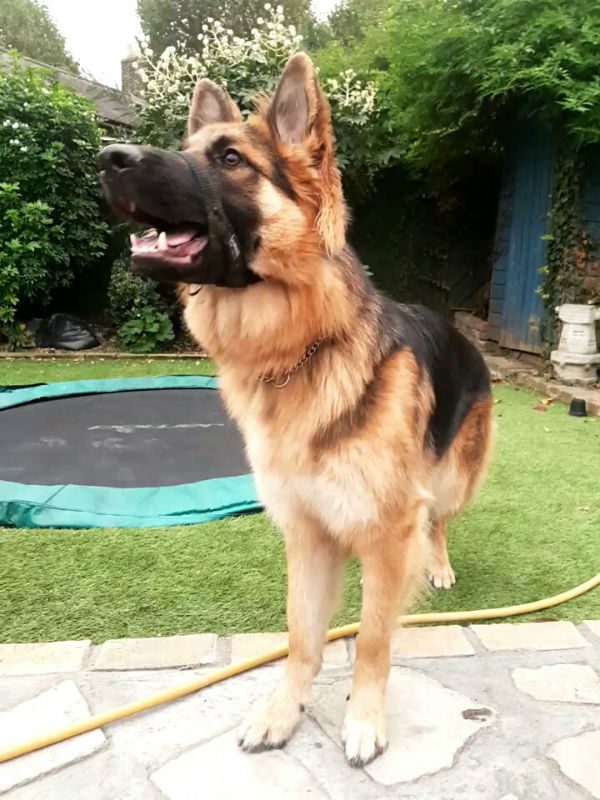 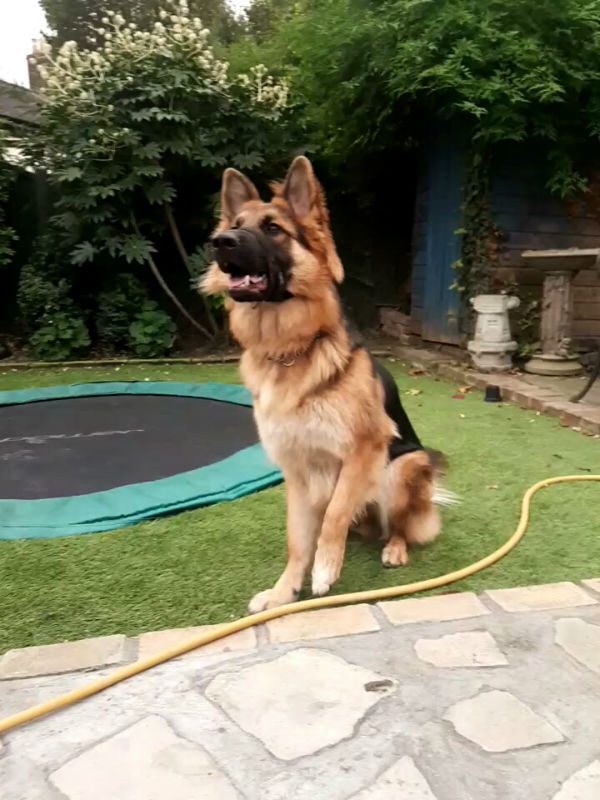 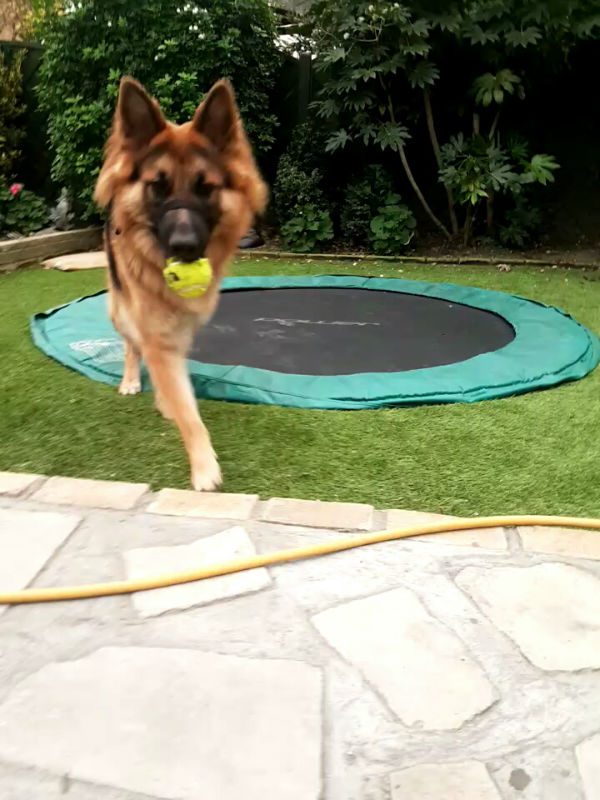 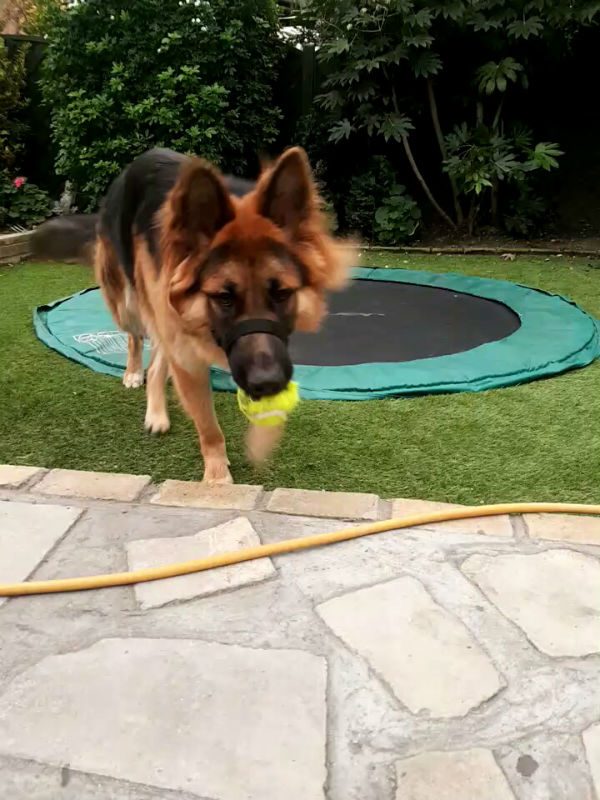 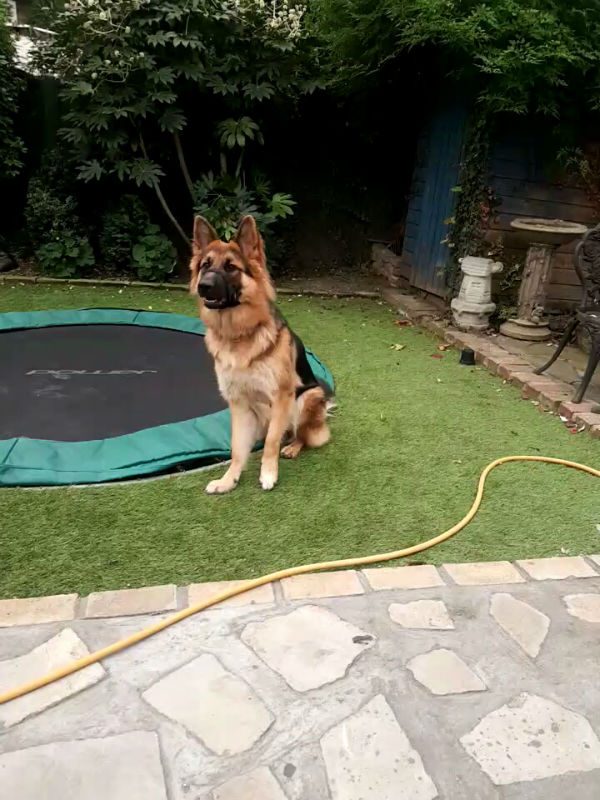 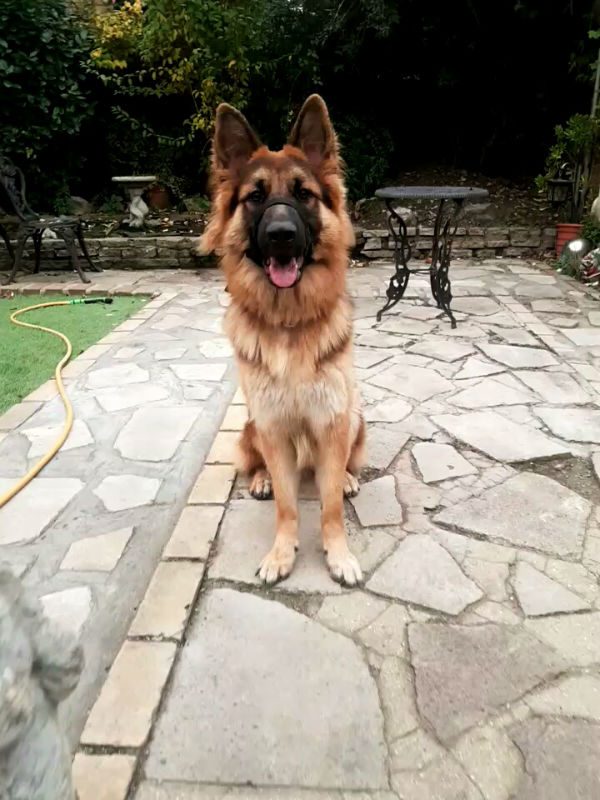 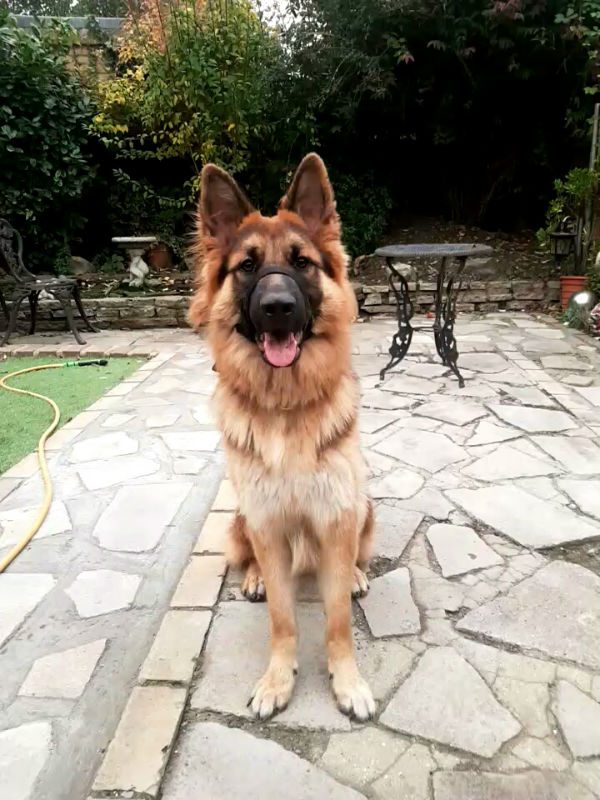 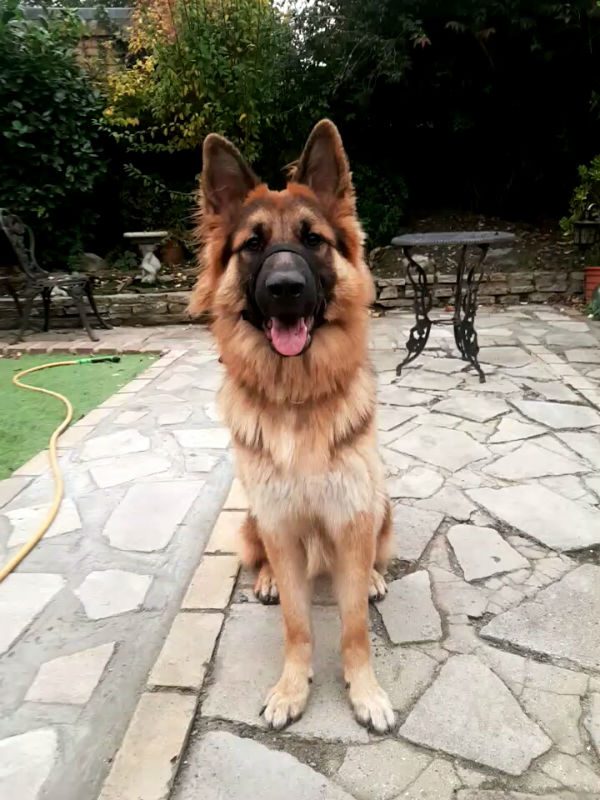 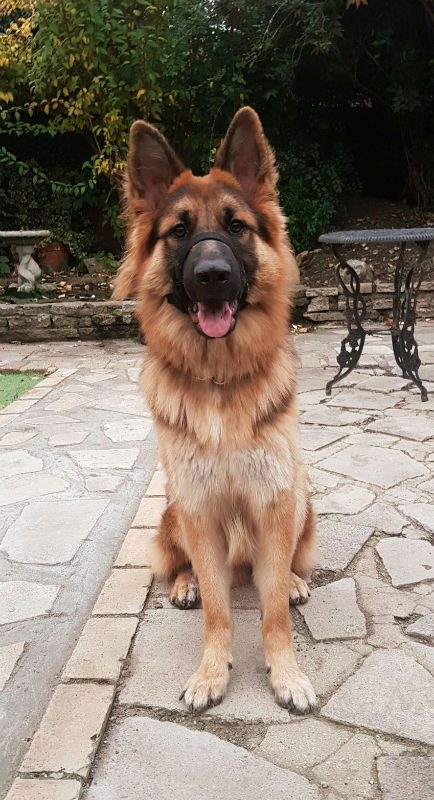 Woody is just 1 year old. He is neutered, microchipped and vaccinated. He has been in the same home since a young pup but suffers with a touch of nervous aggression which his owners do not have the experience to deal with.

For this reason we would not rehome him with young children, however once he knows people, he is absolutely fine. He needs some help with socialisation with other dogs as he has never been off lead to interact properly. He does live with 3 cats but unknown if he would accept new cats into his life.

Woody is very treat and toy orientated and in an experienced home who can give him the training, exercise and socialisation this lad needs, he could turn out to be a super young lad.

Are you up for the Woody challenge?

Woody has had a few days in foster and this is what foster dad has to say:

“Woody has huge potential.  He needs a lot of firm but kind training, loads of exercise and plenty of stimulation,  With all of this and time he will become the iconic Shep.  Classic good looks, very bright, loves to play and loves treats so he should train up very well,  We can’t do much in the couple of days he is with us but he is already making progress.  However he is very strong and very excitable.  He will bark at other dogs on the street and he does pull.

He was very anxious in the car on the way home, at the time we thought he was nervous but I now think that it was being separated from us behind the dog guard was the problem.   We put him onto the back seat and he was much more settled.  I took him straight over to a green space and we brought our dog out so that they could meet on neutral ground.  Woody barked and pulled for a long while but eventually decided that our dog was no threat and we went off for a walk with me holding them both, no problem.  By the time we came home they were firm friends and there has been absolutely no problem since.  They get on very well.

He has been very friendly with people in the street and visitors to the house, once settled he is a very happy dog, but he is not keen on going out in the garden alone in the dark and can be jumpy,  He is house trained and will make it very clear when he needs to go, if you are a bit slow on the uptake he will sit and stare at you and yap until you move.  He will try to be helpful by going around the house collecting shoes and slippers and bringing them to you,  If there are none handy scraps of paper, cushions, even a potted plant is worth trying!

He gets very unsettled if we are not all in the same room and if one of us goes out he is very anxious.  I think he will need company for the majority of the time but he very loyal and loving and will settle with patience and love.”

Woody has set off to his new home.