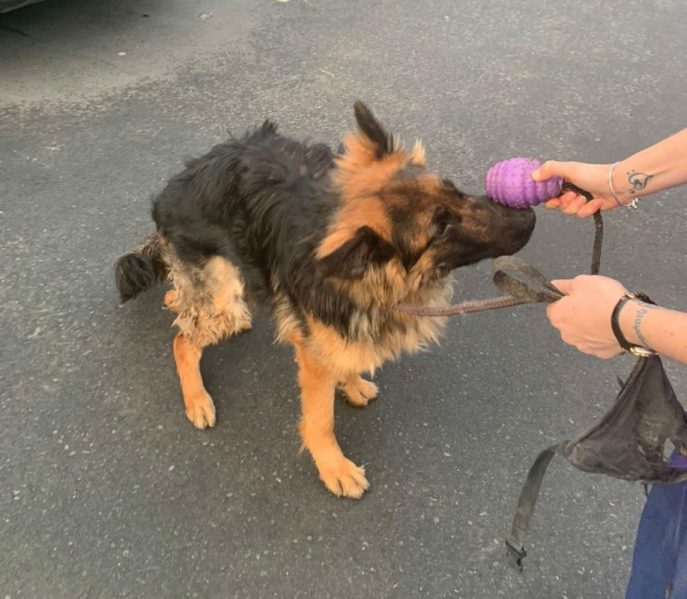 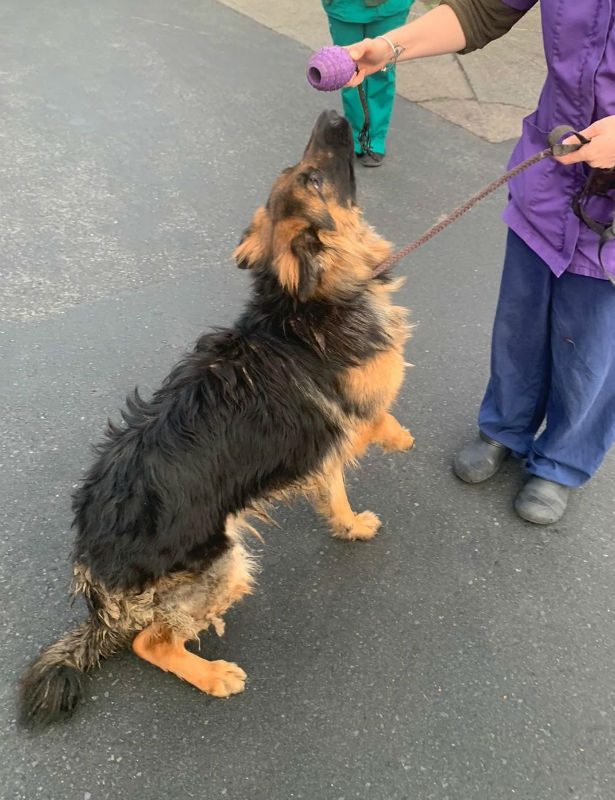 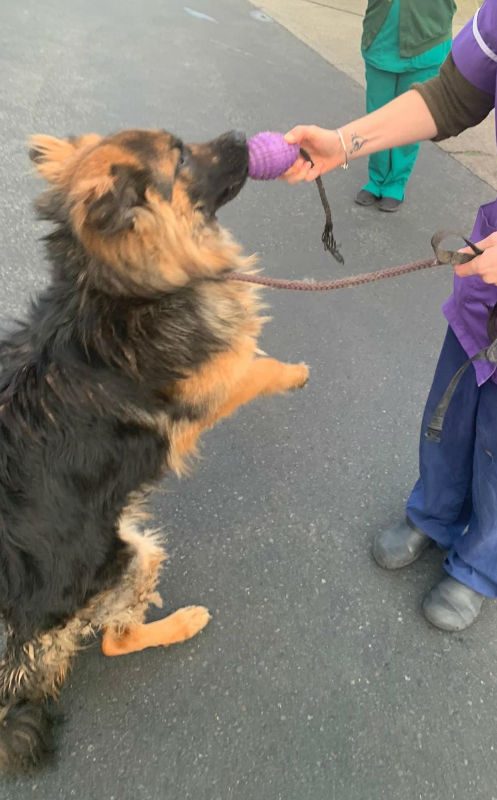 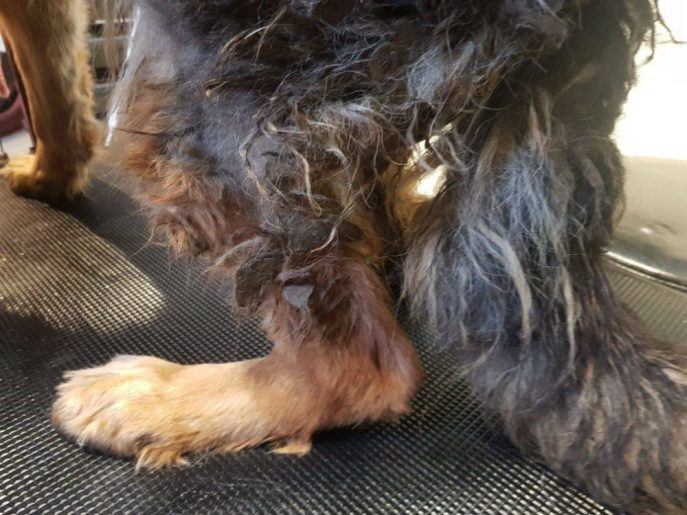 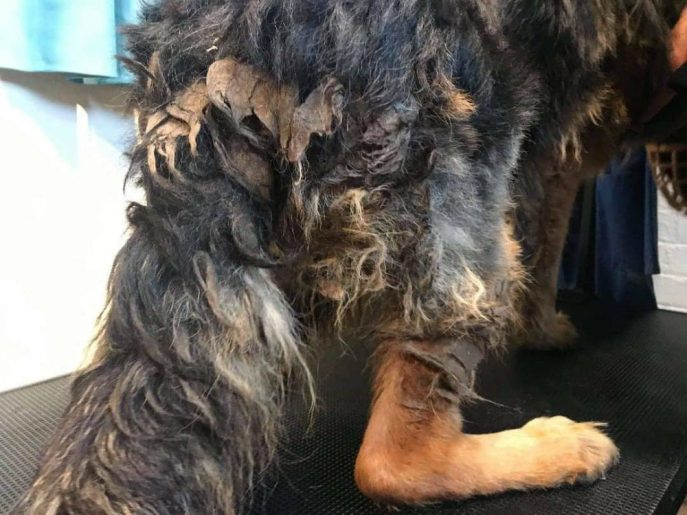 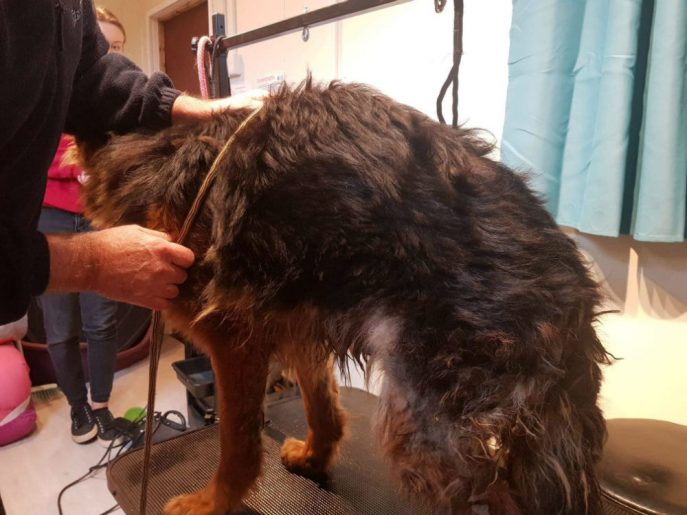 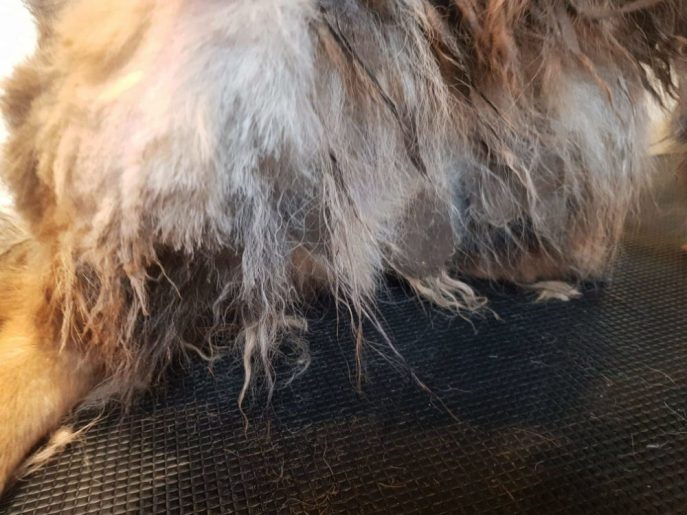 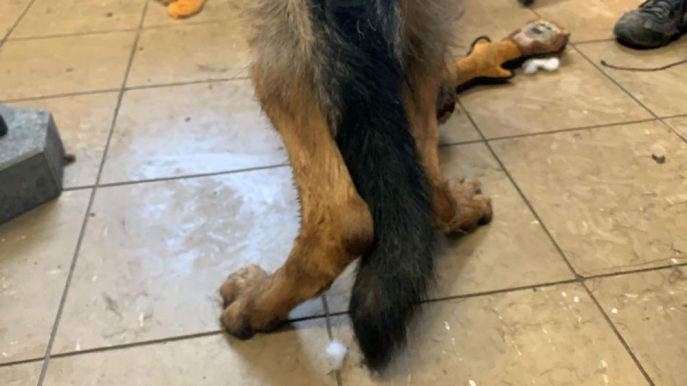 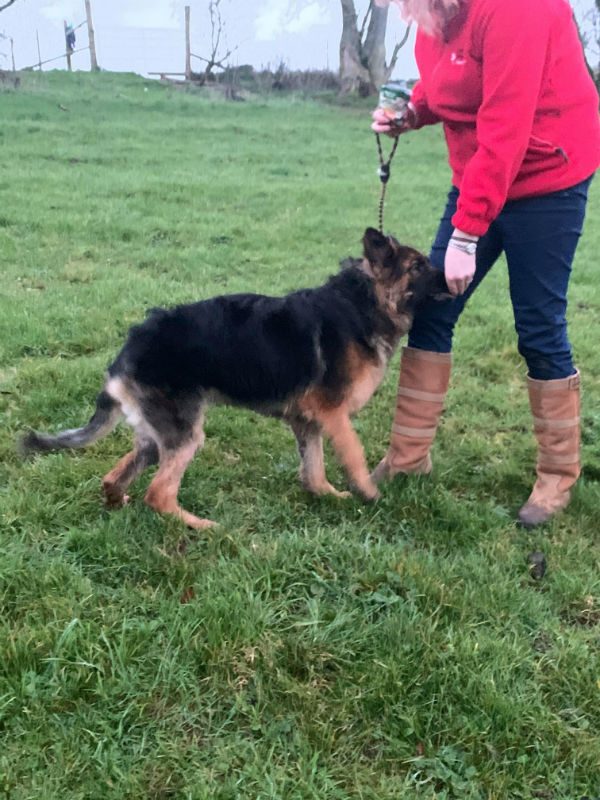 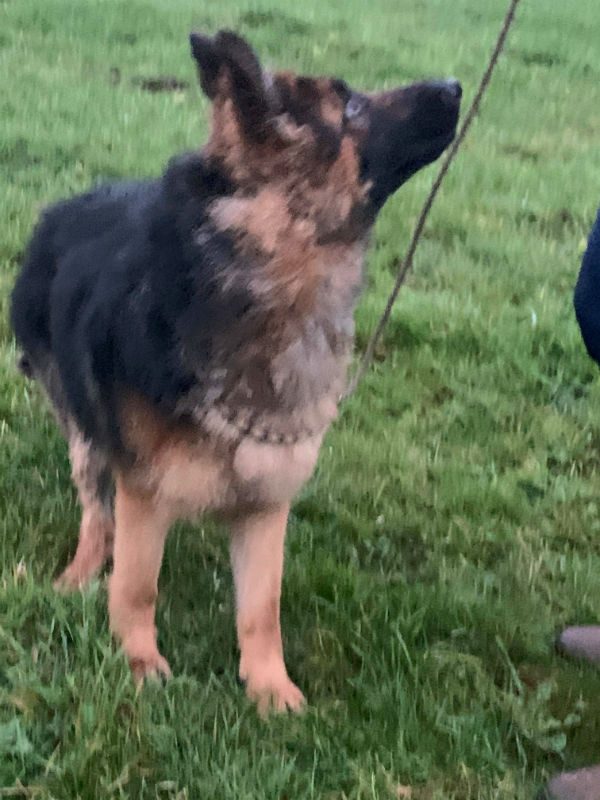 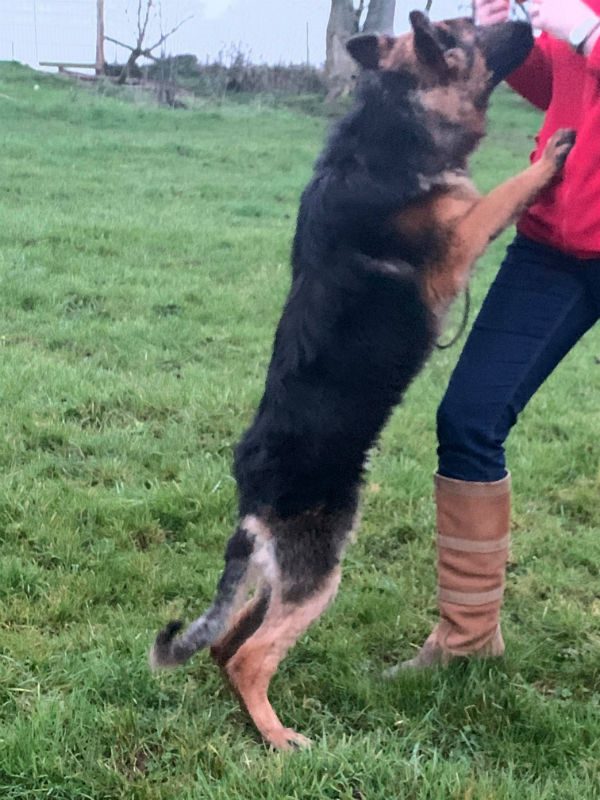 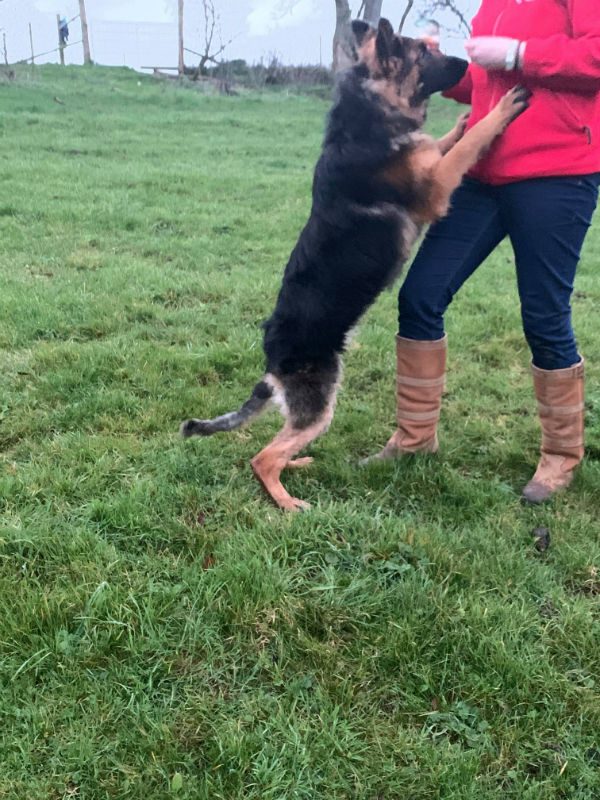 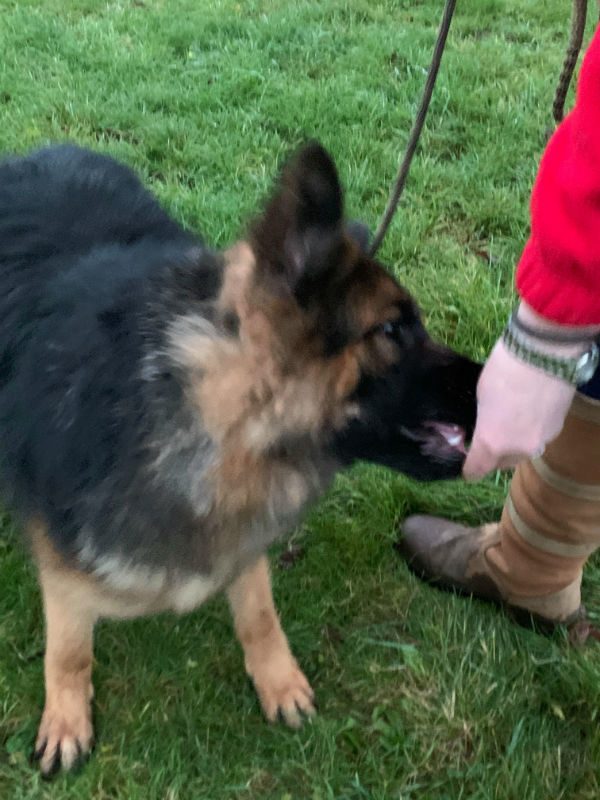 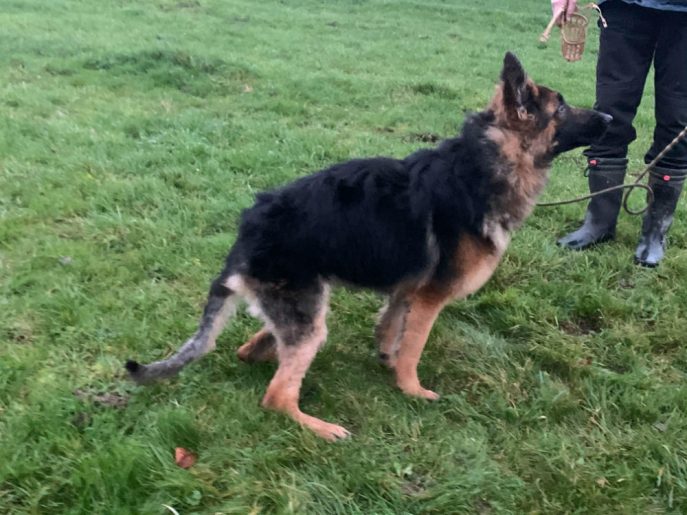 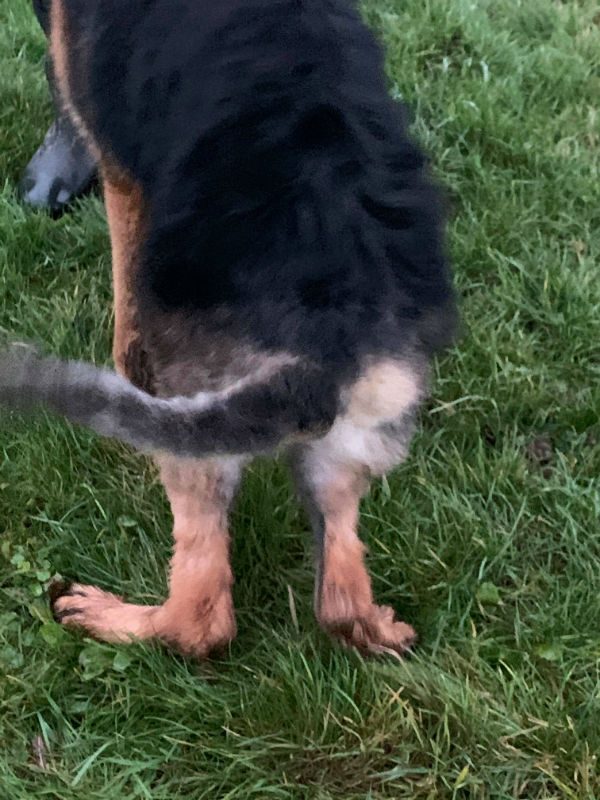 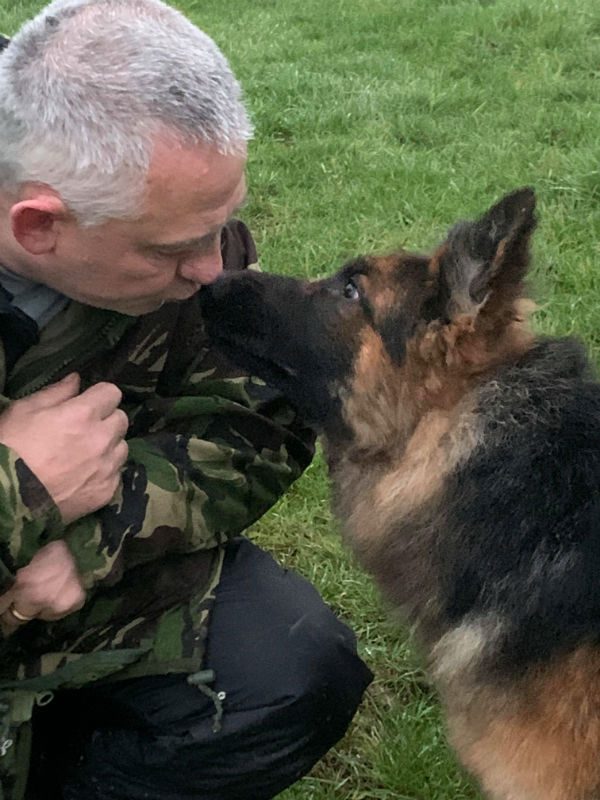 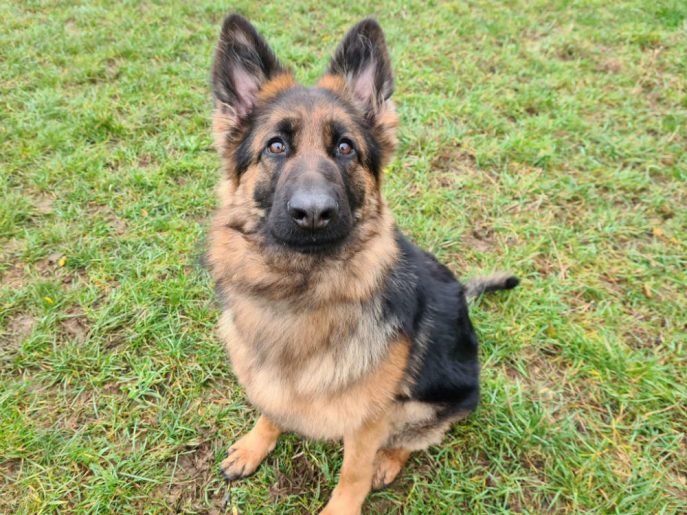 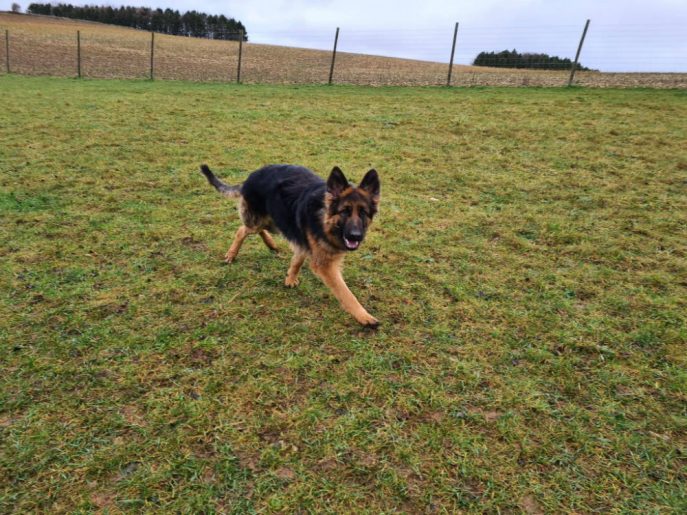 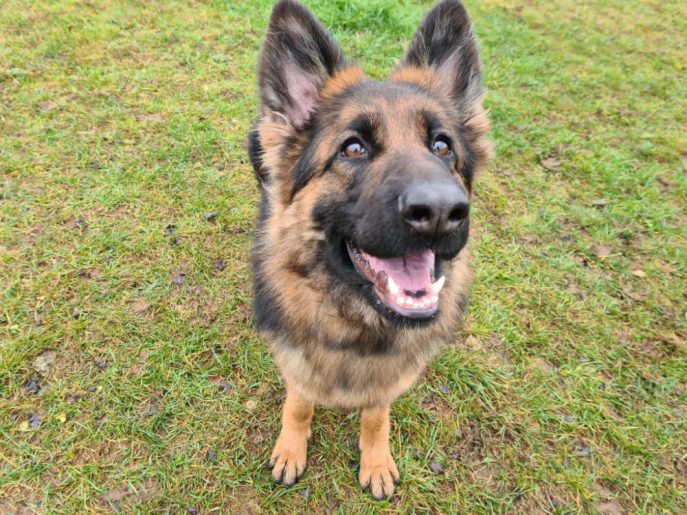 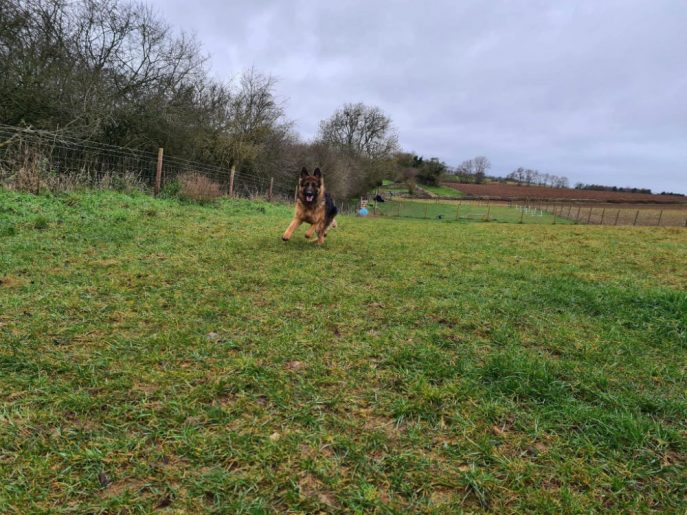 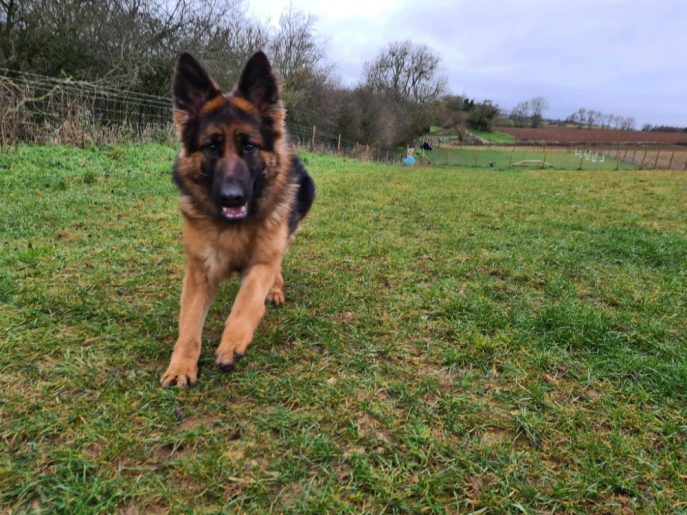 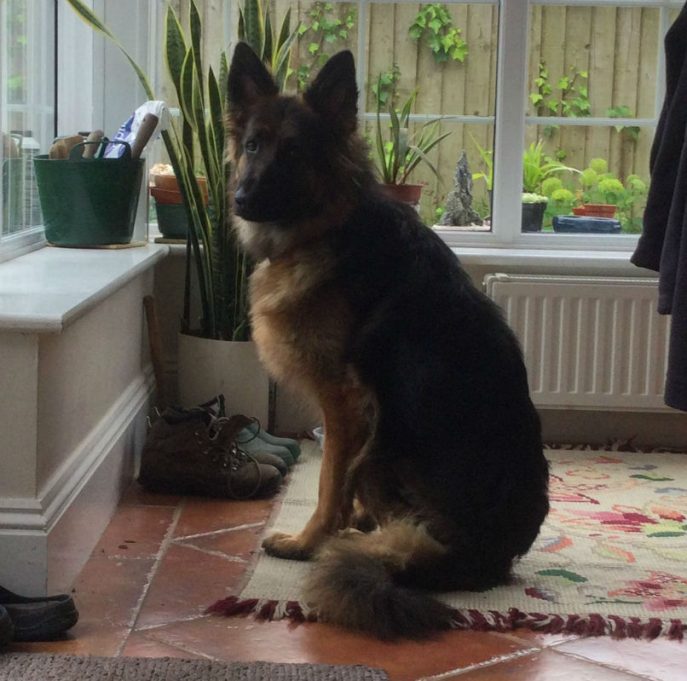 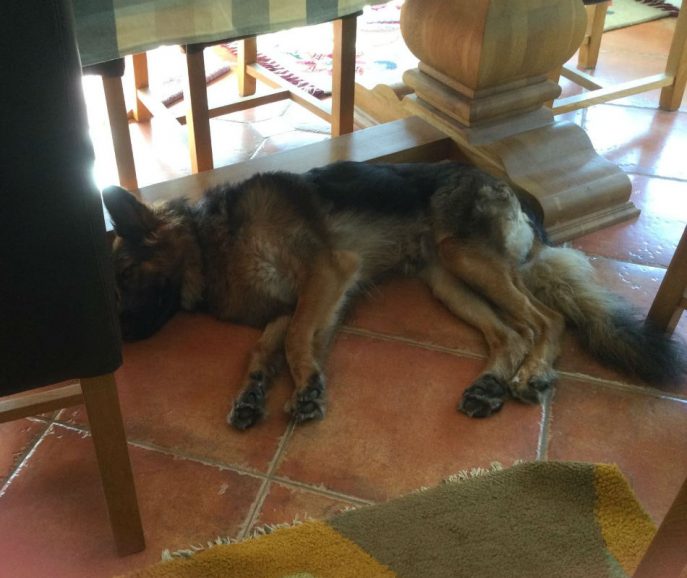 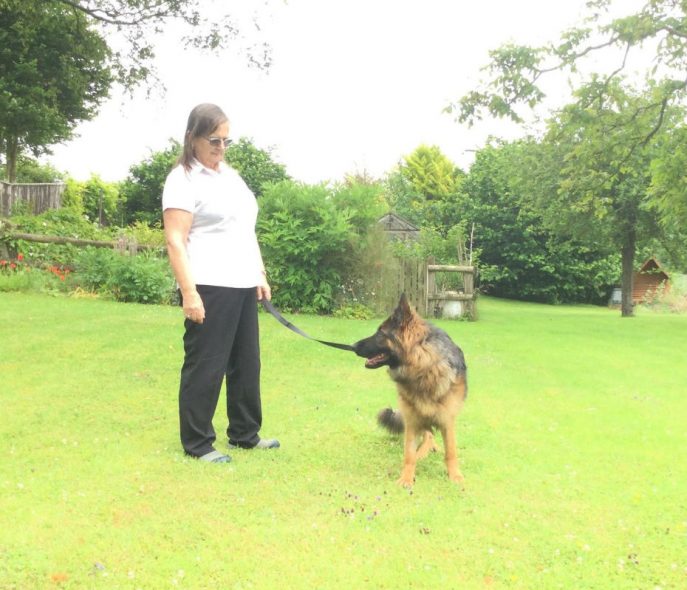 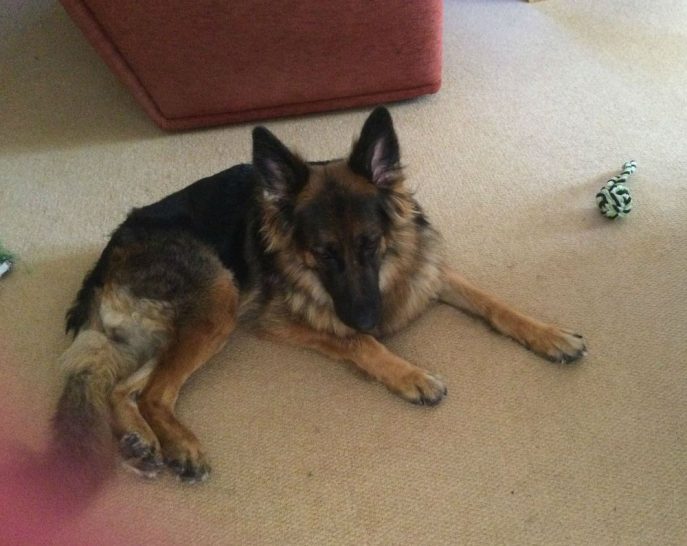 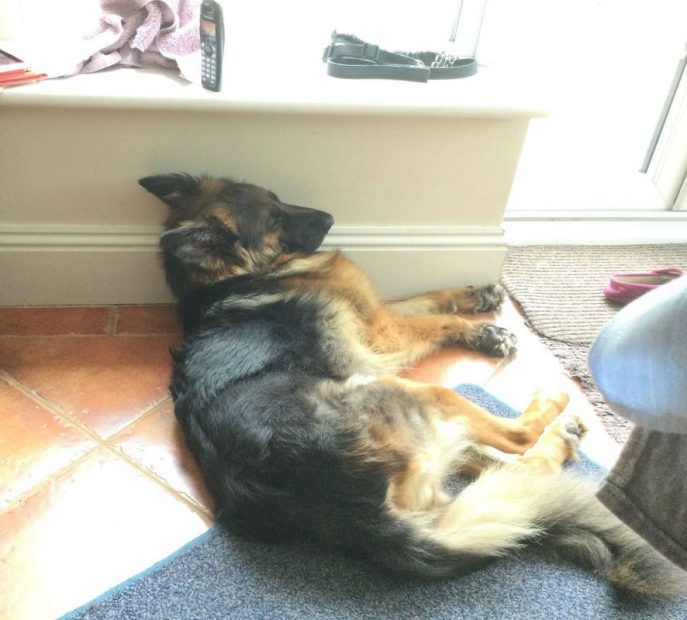 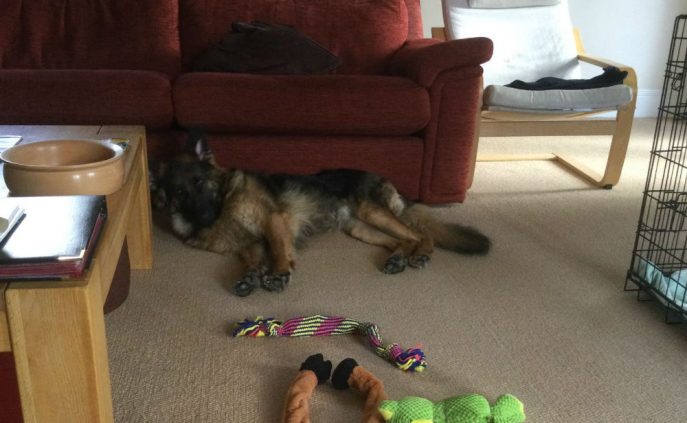 Meet Aria. The first GSRE knew of Aria was when we received a phone call from a vet in Hereford to say that he had taken possession of a one year old GSD bitch that had been brought in by her owners to be euthanised. Fortunately for Aria, this wonderful vet refused as he felt that their reasons were not justification for taking a life and so he endeavoured to find her a rescue place with a breed specific rescue that would support her and give her the care that she so obviously needed.

Cue GSRE…. One phone call later and the next day one of our volunteers set off to collect her and bring her into one of our kennels. Upon arriving at the vets, our volunteer was totally devastated to find such a beautiful girl in such an appalling state of neglect. Her long coat was matted with faeces and urine and she absolutely stunk. Her rear legs also lacked muscle and it was obvious from the way she was walking that once she was settled, GSRE would have to get her some expert veterinary help as she couldn’t even jump into the boot of the volunteers car (which is super low).

The trip to the kennels was very unremarkable, she travelled like a dream with only the odd squeak to let the driver know she was ok. Upon arriving at our kennels, the owners were speechless at the sight of her. The pictures below tell the full story, that just cannot be denied or refuted. But Aria is now safe and will get everything she needs, including eventually a forever home of her very own. Scroll on a few days of ensuring Aria was given time to decompress and bond and Lynn set upon removing all the matts from her coat. It was a horrible job and sometimes Aria must have been a little uncomfortable, no matter how much care was taken. However, throughout Aria was a little star! The floor bore the evidence of the matts and grime that this poor girl was left to live in. Disgusting and just wrong. We would hate to have to think of what kind of a place she would have been living in, that would allow her to get into this state.

We are pleased to say that now when she walks, at least the matts no longer cause her pain. We have learnt that she absolutely loves treats and playing with her ball. She thoroughly enjoys feeling the grass between her toes and having gentle sniffari’s in the field. She has met more of the kennel volunteers now and absolutely loved them all. Her journey to a new life starts here..

Aria had a long journey of expensive operations as it turned out both of her knees were dislocated! This brave girl took it all in her stride, along with the physio and aftercare whilst staying with a wonderful foster couple who bent over backwards to ensure her recovery.

Aria has now found her forever home and is learning how to be a normal dog whilst continuing her physio and aftercare. One very lucky girl!