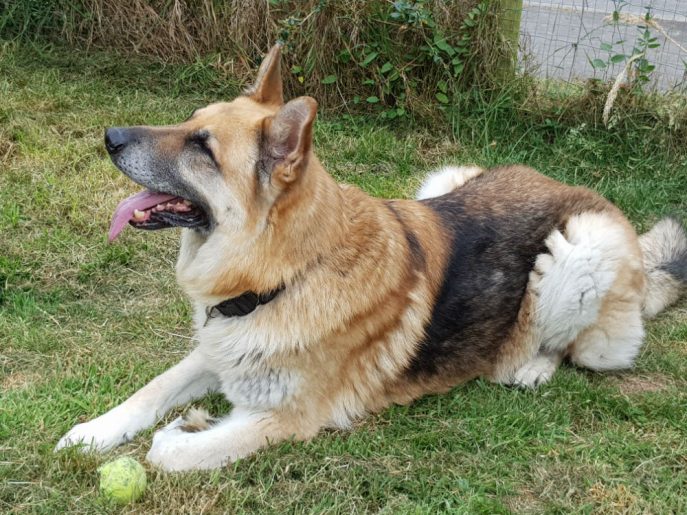 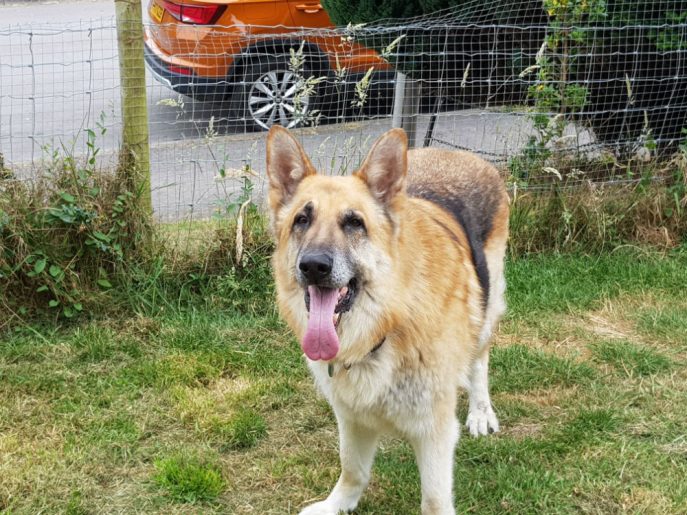 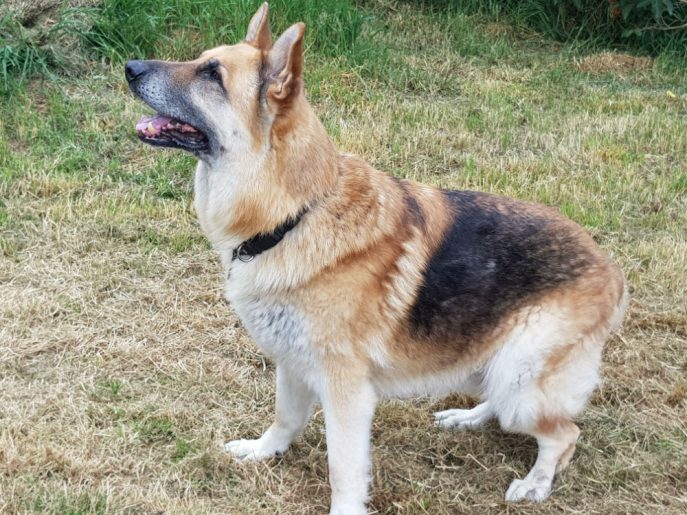 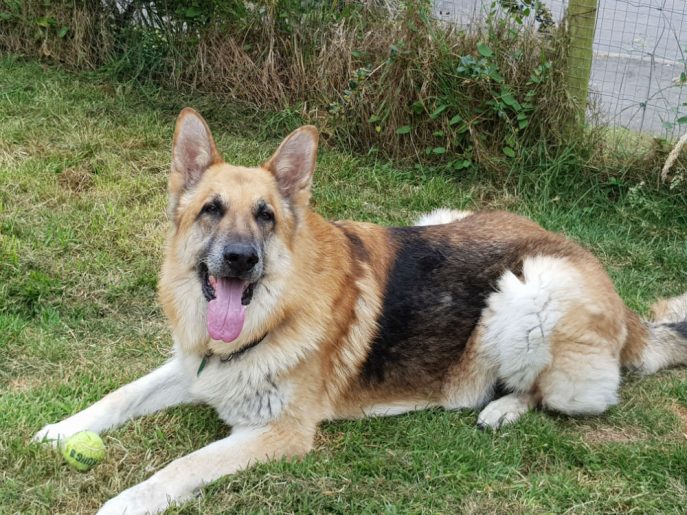 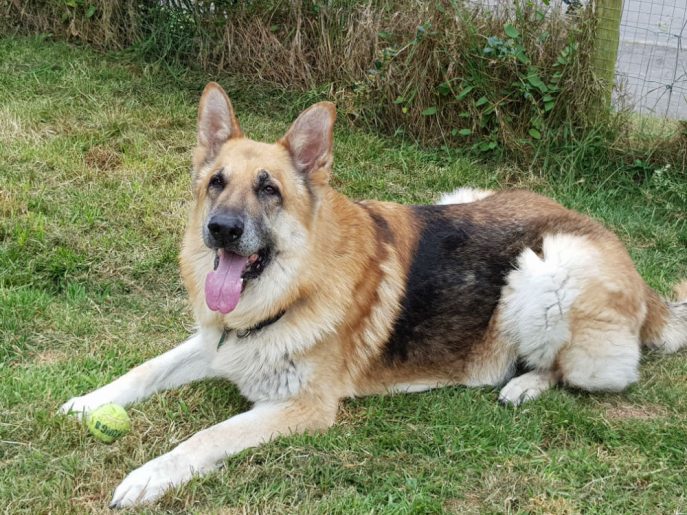 This is Bailey who is a very affectionate 7 year old who is neutered and we are told microchipped. Vaccinations are out of date but he is wormed and flea treated on a regular basis. He is in need of a home through no fault of his own. Due to a recent house move he is being left for longer periods and is reacting with the resident cats and starting to chew himself.

He walks well on the lead, has good recall and reaction to voice commands. He will chase livestock and cats of they run but has never attacked.

Bailey is very affectionate and love his squeaky toys and cuddly toys. He loves being hoovered and chasing the hose pipe and loves a cuddle. He has no aggression issues with either toys or food and is fine with being handled/brushed. He would love to find a home that can give him more time and attention, regular walks and stimulation as he is a very bright and active dog. His needs are simple but he is unfortunately not getting these at the moment.

He is good with children and other dogs and currently lives with a small breed dog and has no issues with him but there are also resident cats which he is chasing and harassing since the house move.

Visitors are greeted with a waggy tail and he will bring you his favourite cuddly toy. Bailey is a lovely affectionate dog who loves just about everyone and everything and would settle in any home that can give him the attention and time he is craving.

Bailey has been adopted.

Bailey had a wonderful couple of years with his new family but passed over Rainbow Bridge peacefully.