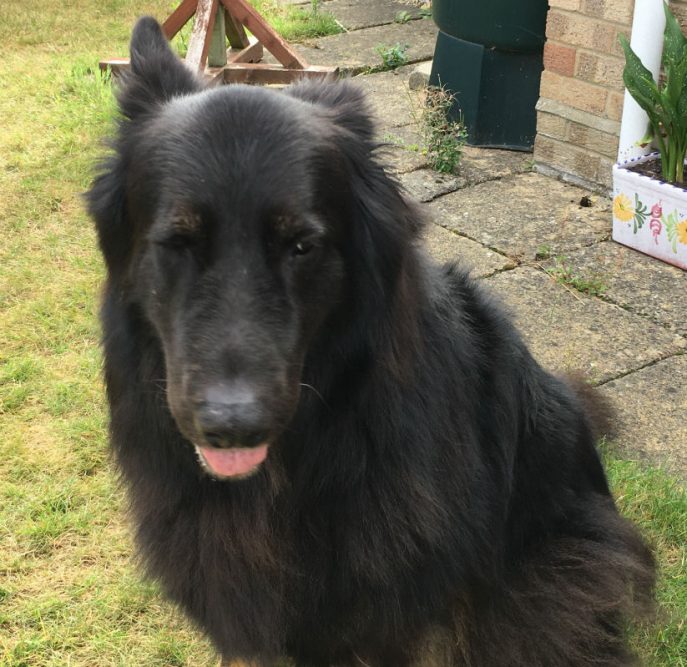 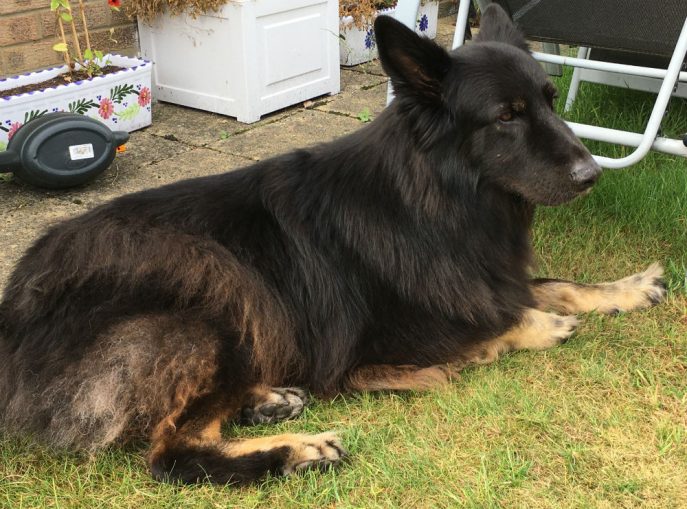 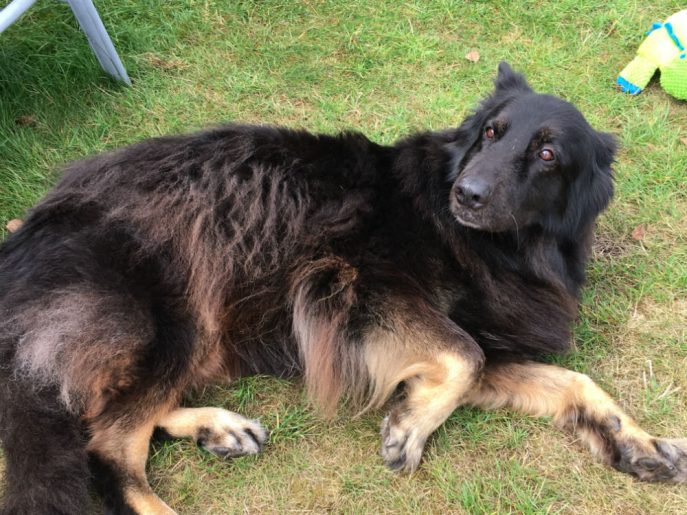 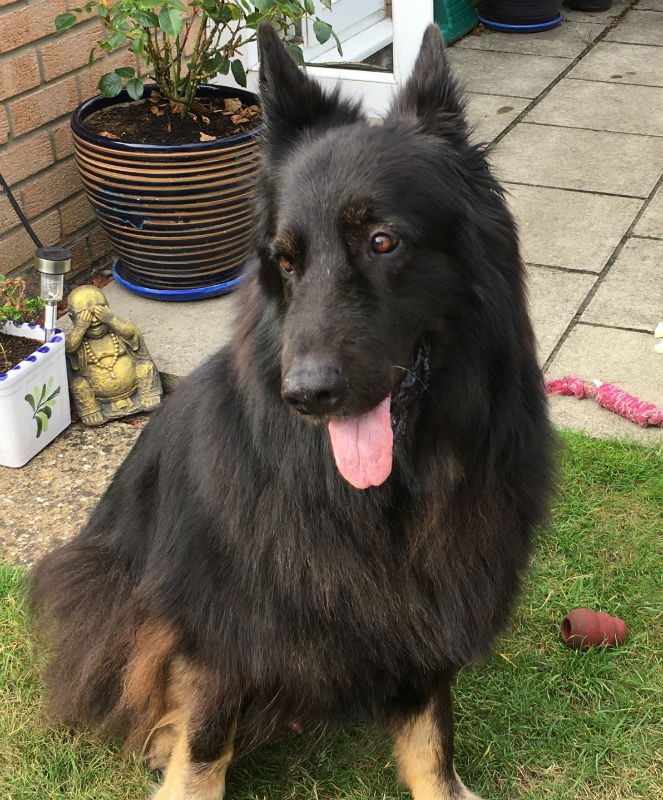 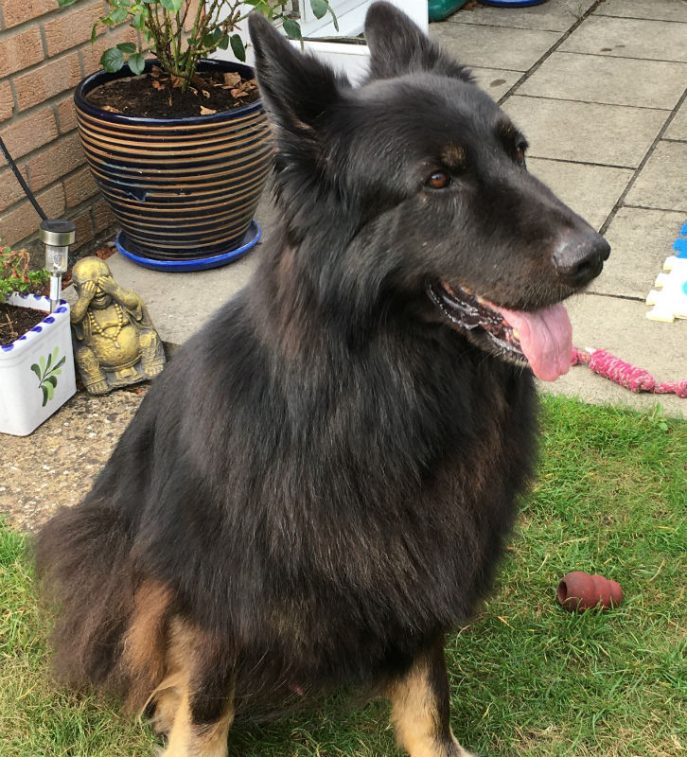 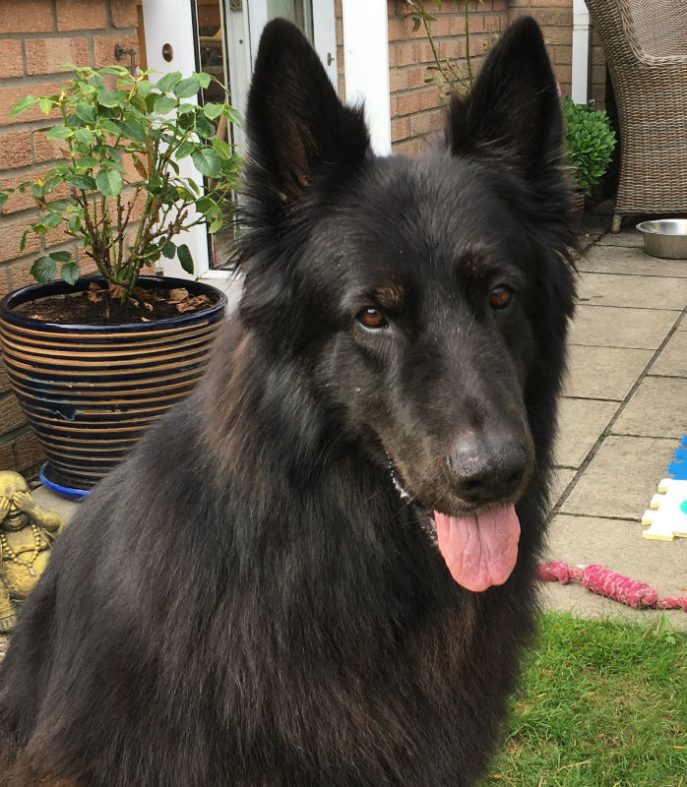 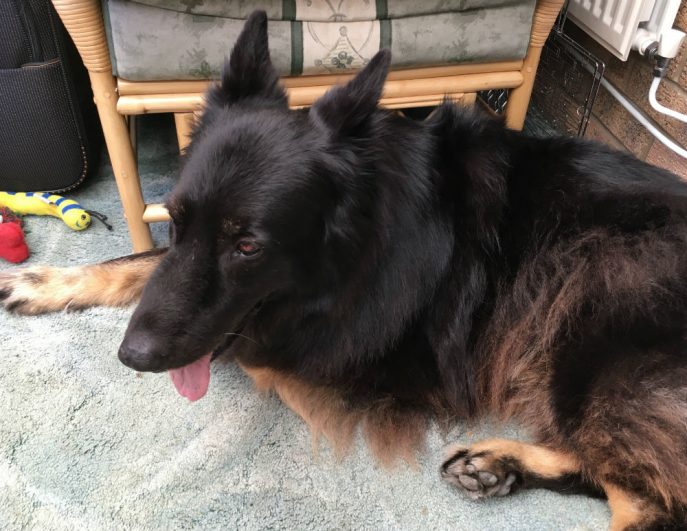 “Blade is a 9 year old German Shepherd although you would not think he is 9 as he behaves as though he were 4 or 5 years old. Blade could be heard barking when I arrived.  Introductions at the door by having a sniff of me, could obviously smell my dog.  Absolutely fine and I was allowed in! He was very happy to be made a fuss of. Blade soon settled, laying down near me or at my feet, looking up for a fuss and a stroke. Alert and looking up when cars went by or someone walked by on the footpath at rear of garden.

Blade has lived in Spain for a number of years. Owner’s step daughter has looked after him for a while and unfortunately has not kept his vaccination boosters up to date. He is neutered and microchipped however. Blade’s owner has several medical issues which will not improve and is unable to walk him.  He has been walked by a neighbour.

Blade got quite excited when his collar and lead came out, knowing he was going out for a walk. No harsh pulling on the lead and quickly settled on walk round the block.   Kept very alert, alternating between scanning all around and sniffing. Any pulling quickly corrected by slight tug on the lead. Did not encounter any other dogs so unable to view reaction but owners states he tends to ignore other dogs. Did encounter someone walking parallel to us on other side of the road.  Blade watched him for a bit then ignored. Owner states that Blade likes the beach, the sand, not so much the water.

Blade seemed to be very comfortable with me and I was very comfortable and at ease with him. No adverse/negative behaviour seen during my visit. An absolute stunner of a lovely dog. If I did not have my dog I would want to take Blade.”

Blade has been adopted.