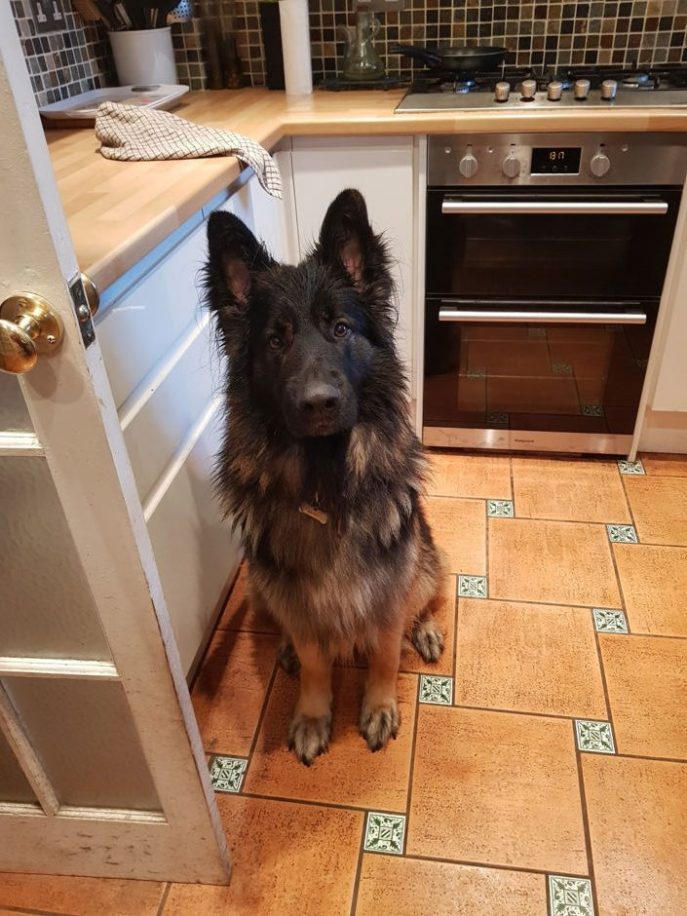 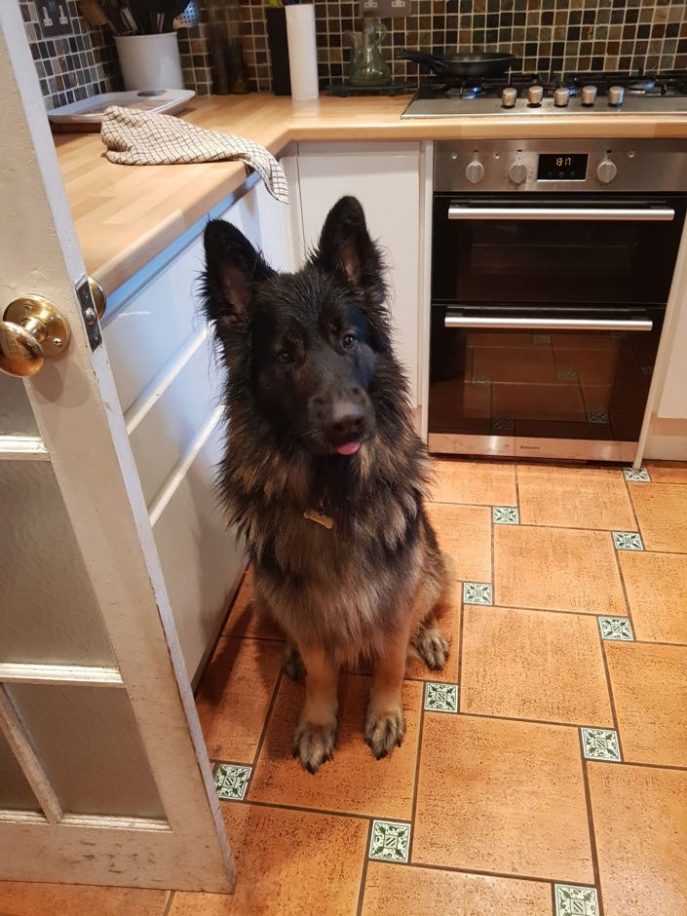 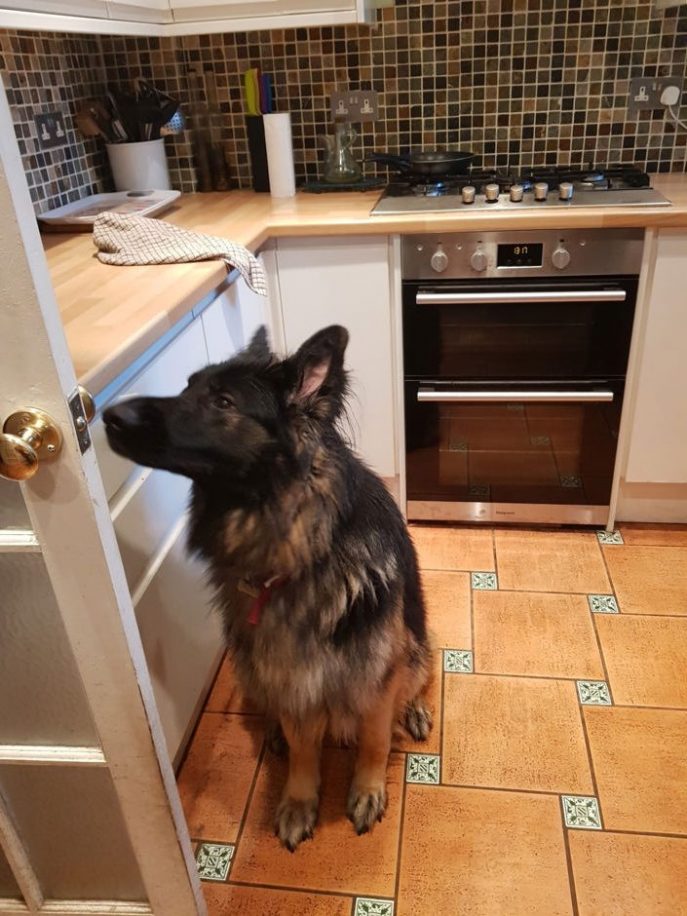 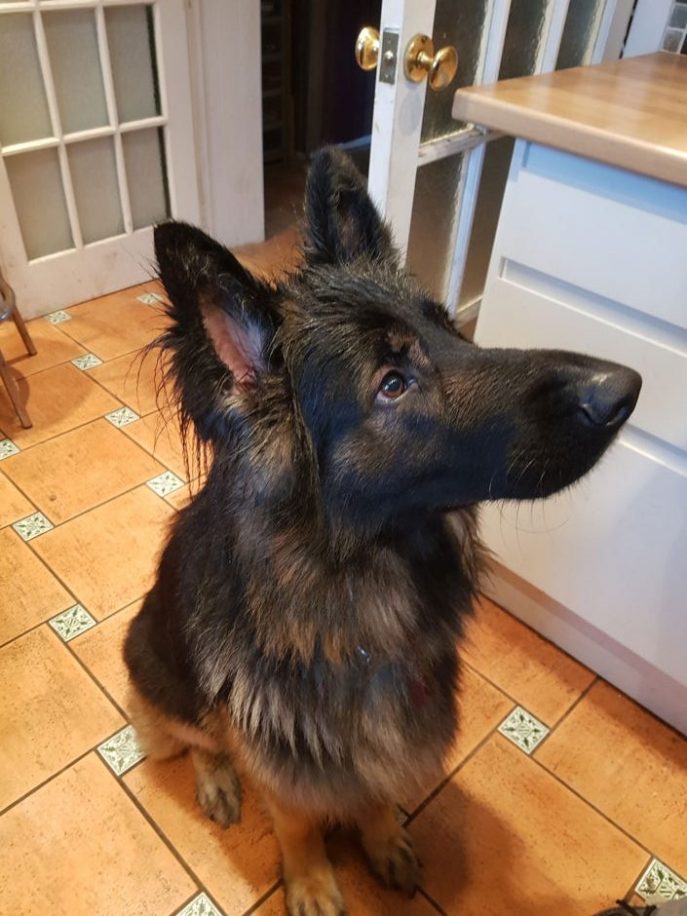 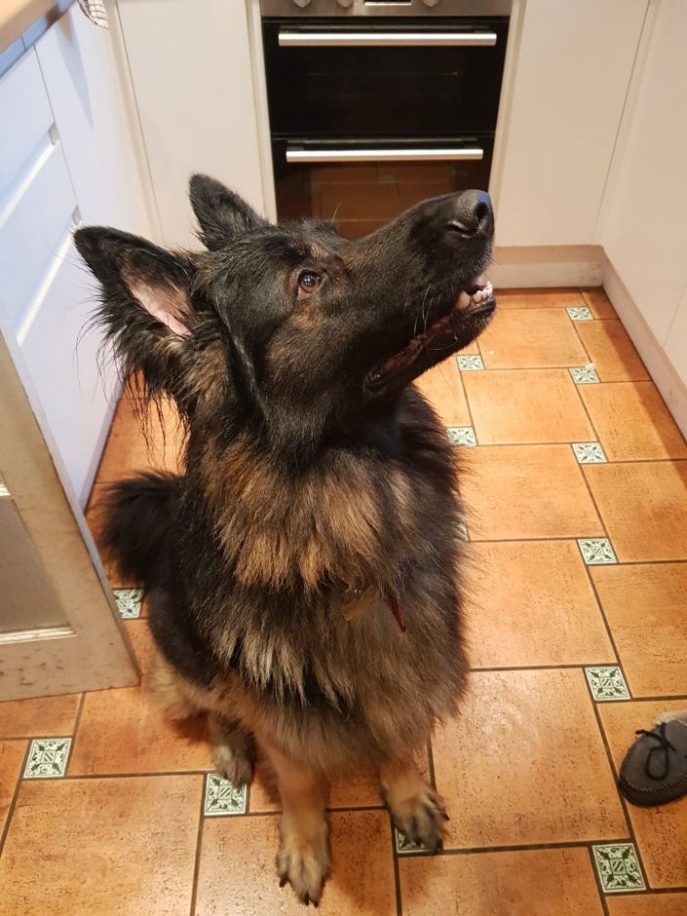 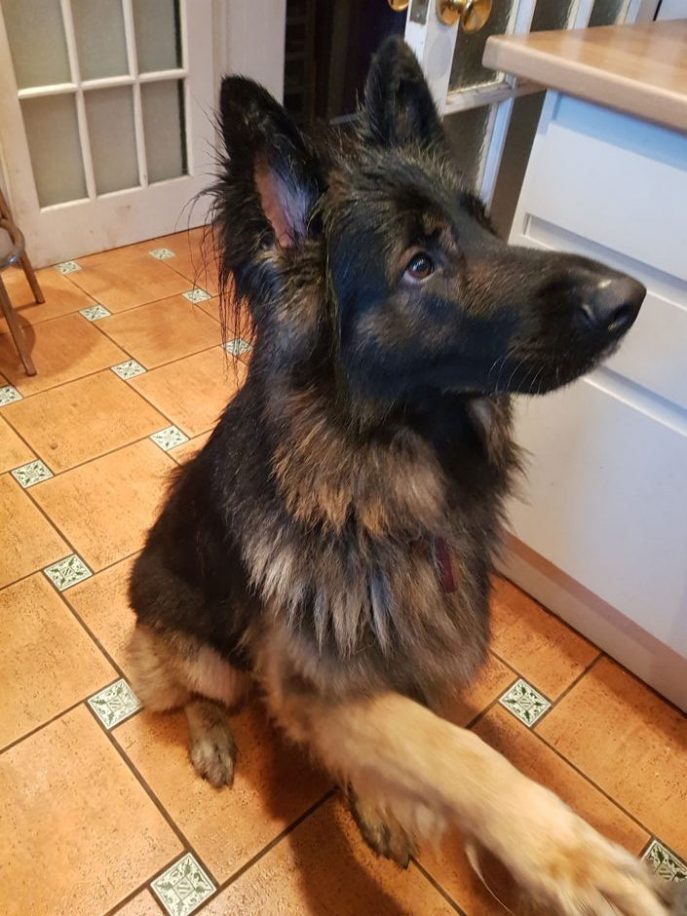 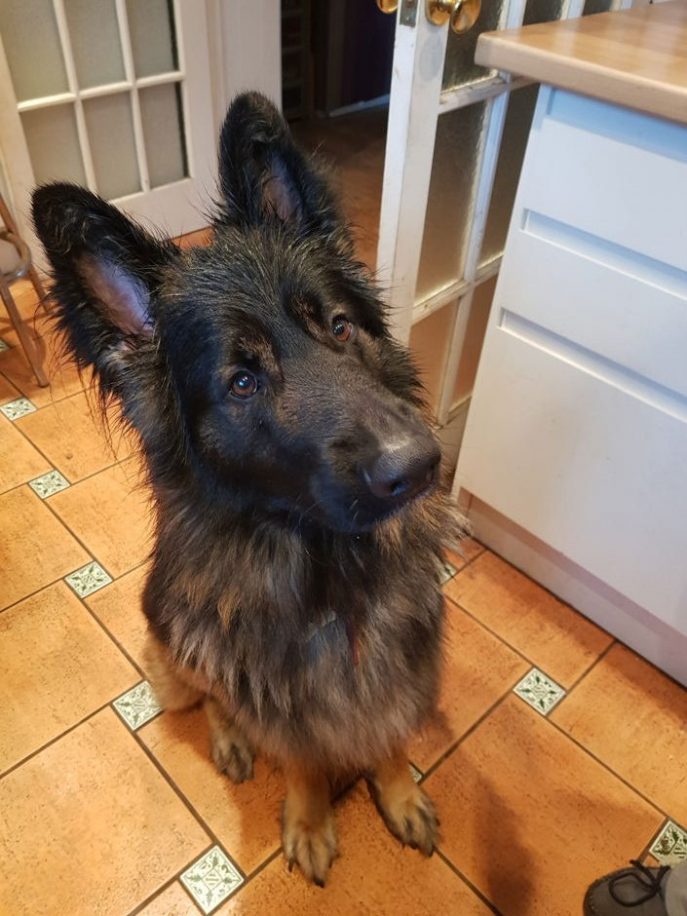 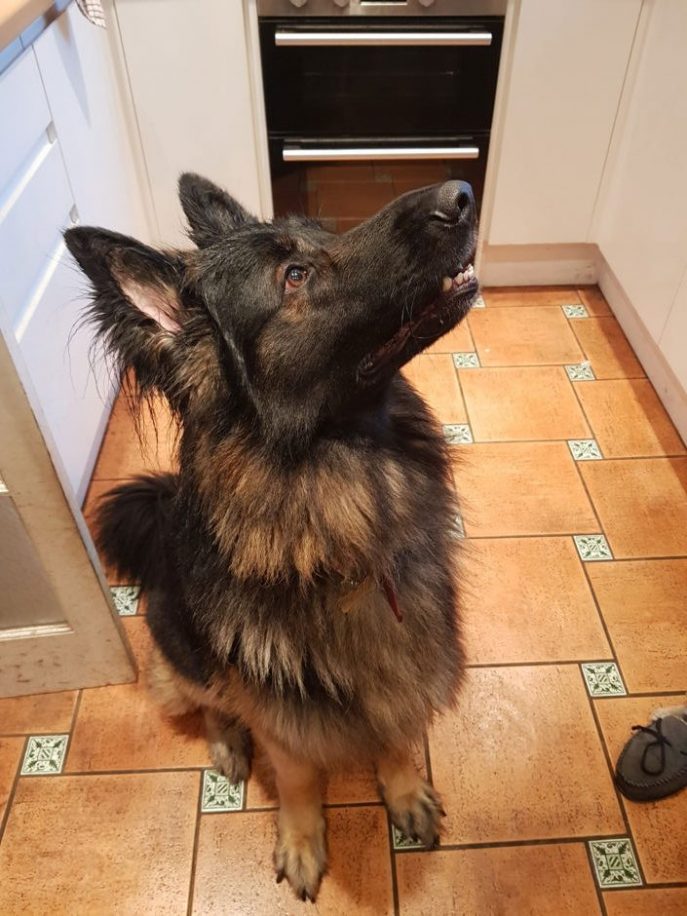 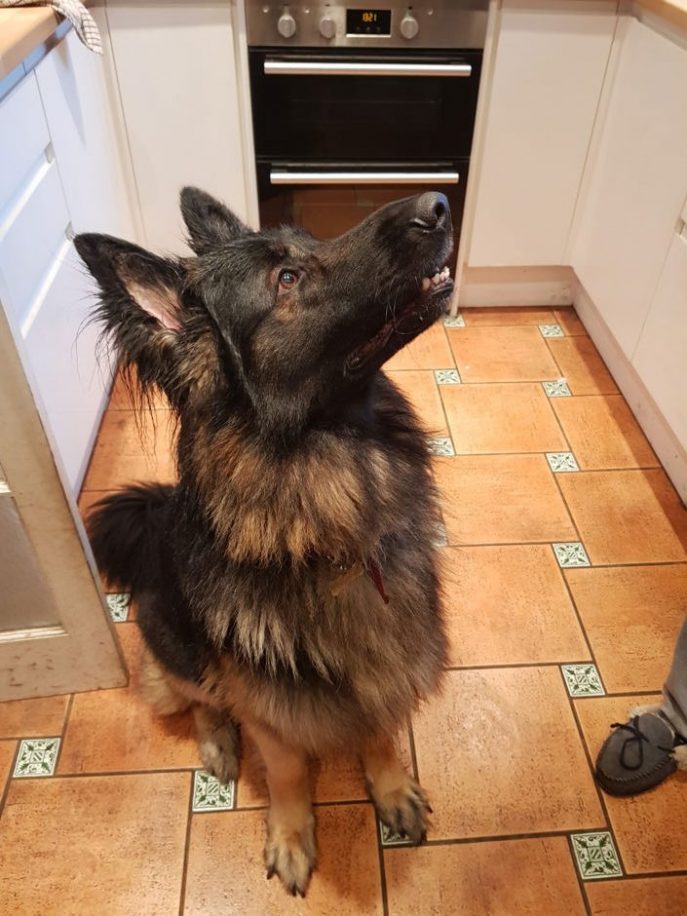 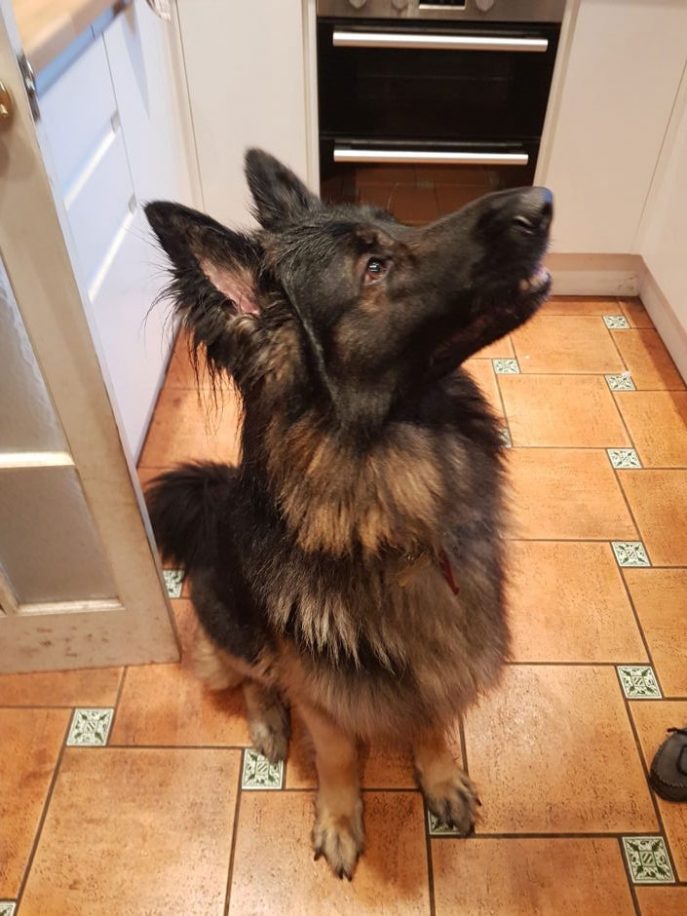 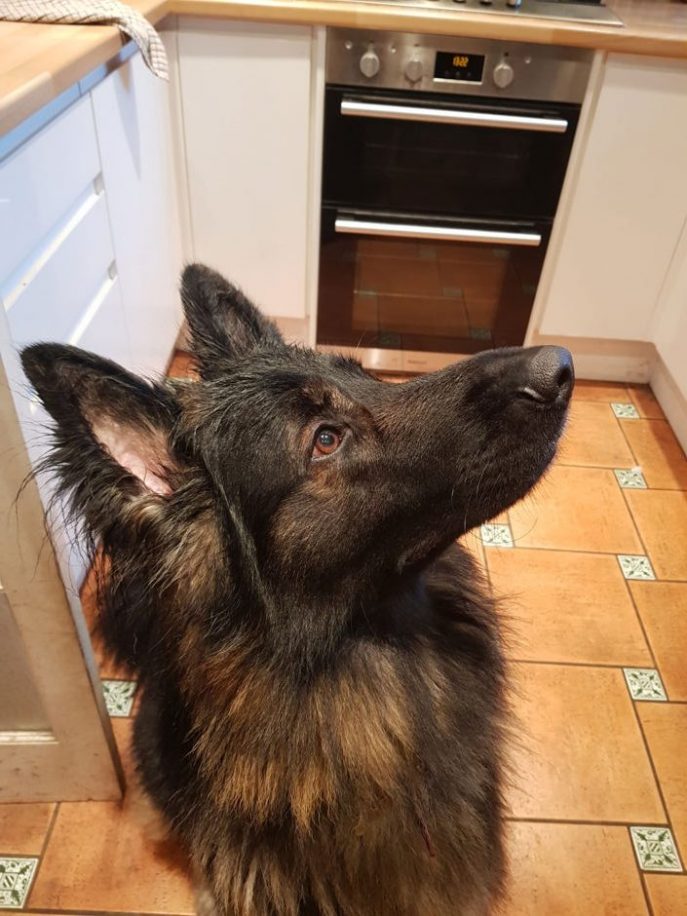 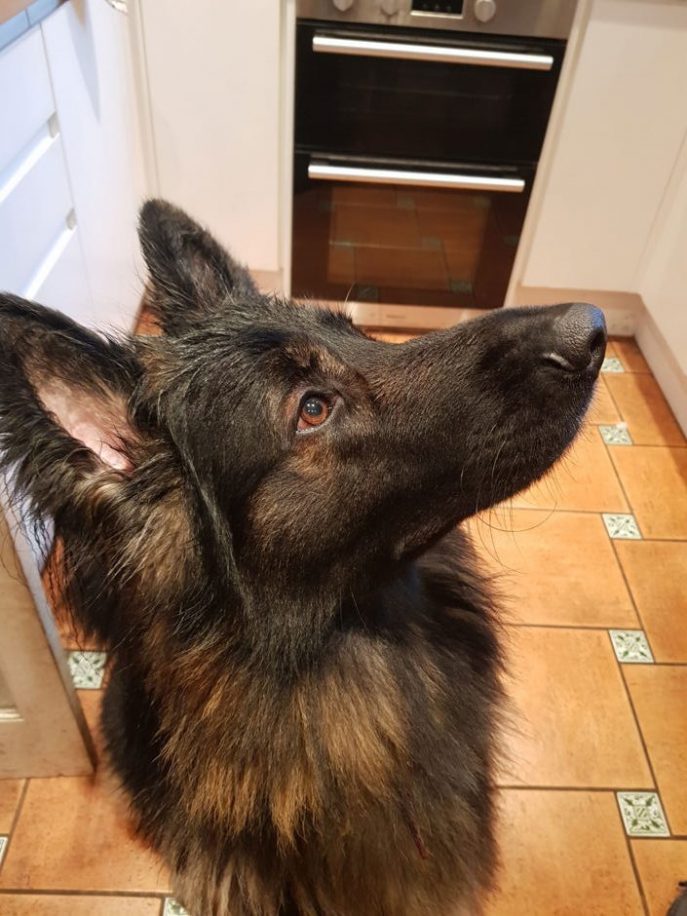 Let me introduce you to Blue who is a black and tan long haired GSD.

Due to an impending house move and the owners health issues Blue is being rehomed through no fault of his own.  He is a large boisterous lad (3 at the end of March) and is entire.  He is protective of his home to strangers especially at the door or people on the street but ok once in the home (except for some jumping up and occasional mouthing issues).  The volunteer was greeted in this manner but feels this is easily worked on as it was clear he was excited initially but calmed down a little over time.

He has basic commands and received some training at an early age although this never continued and as he has gone through his teenage years he has been able to do his own thing. He is house trained.

He is only walked once a day in the early morning and is sometimes left for up to 8 hours (does not chew) when the owner is working although they do work from home at times. The reason for the early walk is due to his boisterous behaviour (jumping/barking) when meeting other dogs and that he also gets attacked if there are other dogs off lead. It is clear there is a socialisation issue to be worked on but it is felt this would not be a problem to solve. He does pull on the lead (even a Halti) but this may be due to the lack of exercise and socialisation but it is having an effect on the owner’s health issues.

The volunteer was unable to walk him during the visit as Storm Dennis was in full swing. He does have issues (barking) with anyone in Hi-Viz clothing (postman etc) and people in hats/caps/hoodies.

He lives with a cat so is ok in the home but not outside. Livestock is unknown and as he is boisterous when out at the moment it would be wise to be in a home without. Not sure if he could live with another dog at this time either however, with some careful introduction he may be able to.

He is fine around the owner’s grandchildren but with his jumping issues it may be worth considering a home with older children. Blue is toy and treat focused and this helps with distractions. He has no toy or food aggression. He does not like loud bangs or fireworks

Blue is a typical young dog that shows boisterous behaviours due to the circumstances he is in. Once he gets to know you he is an affectionate boy who with a little time and patience will makes a really good dog. The current owner has had Blue from 8 weeks old and is very upset at the circumstances they are in where he cannot stay.

He is out of date for jabs/worm/flea etc. He is well looked after in most respects with grooming etc.

The photos were taken after Blue had got wet from going outside in the garden during Storm Dennis!!!