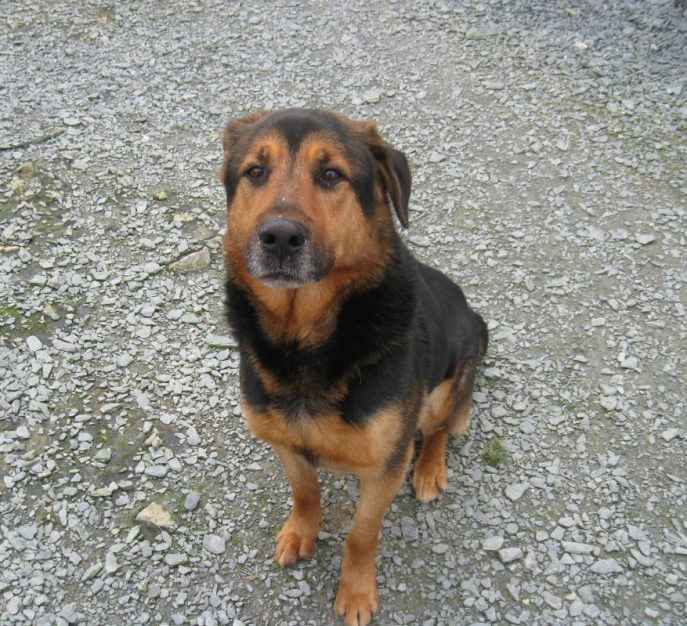 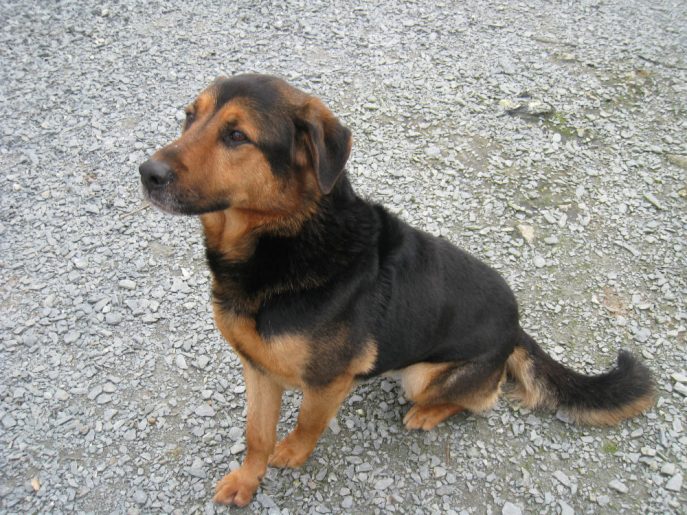 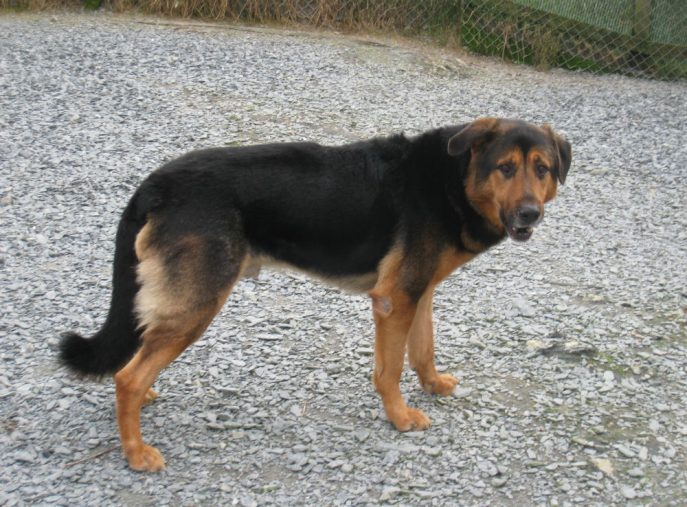 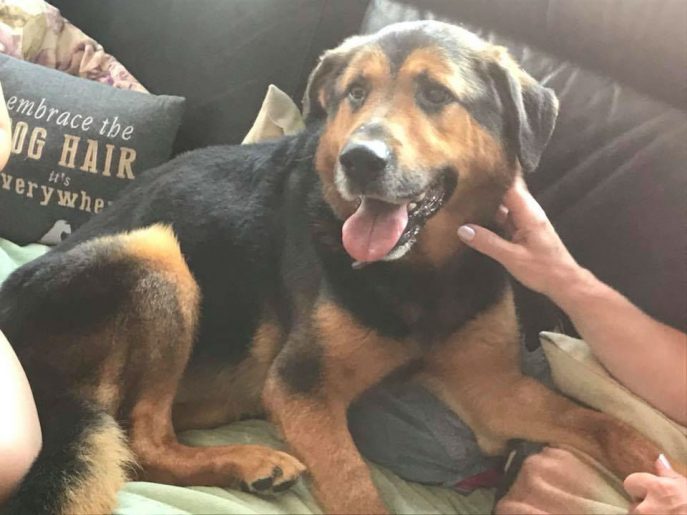 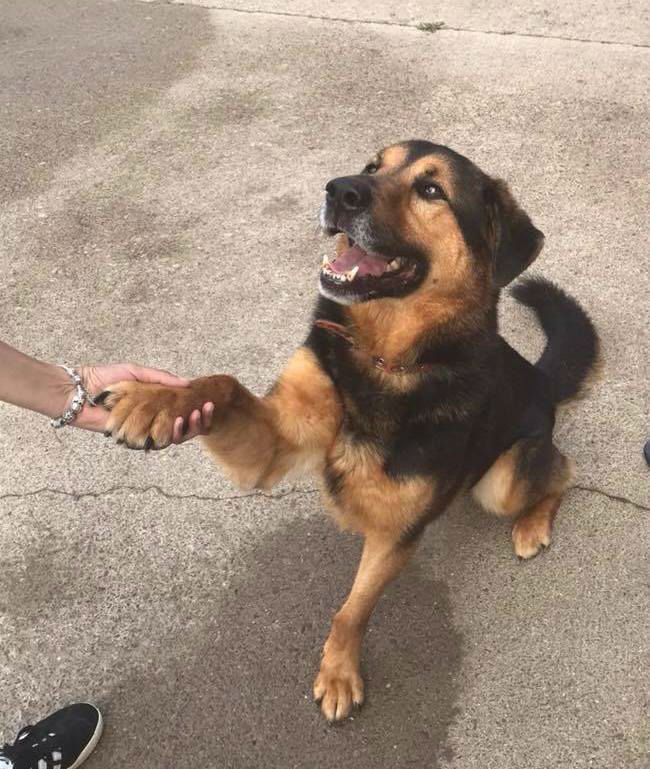 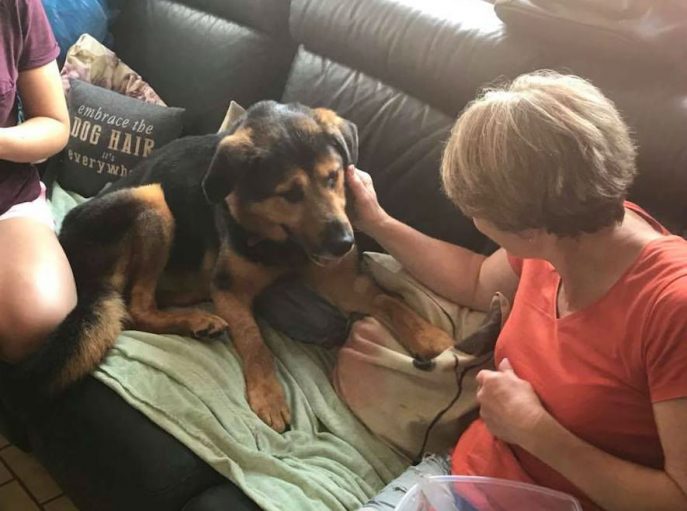 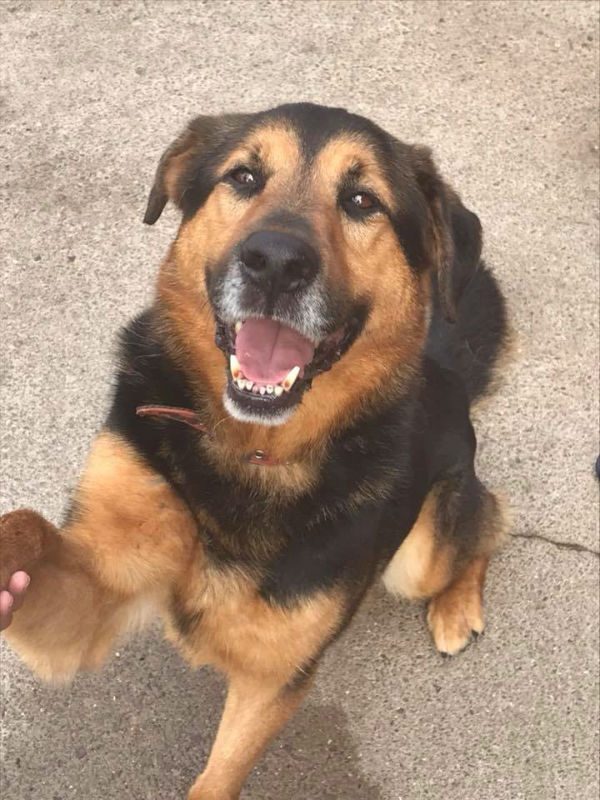 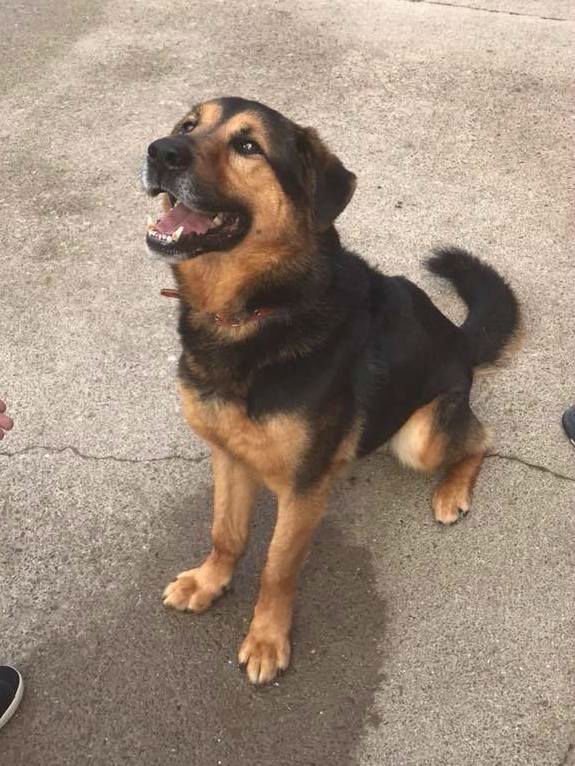 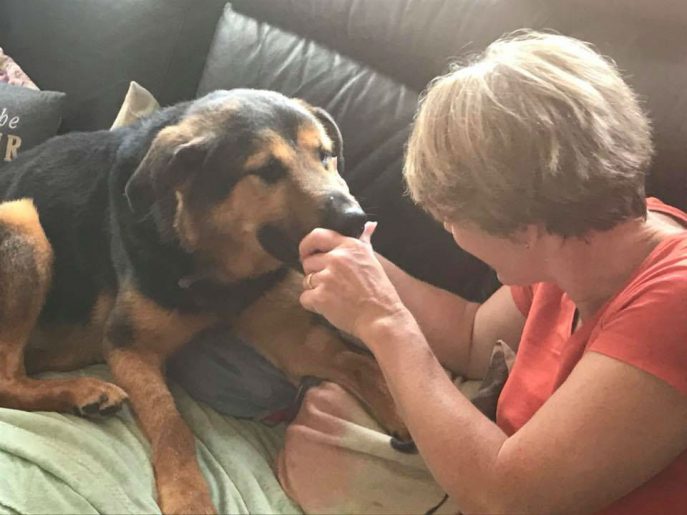 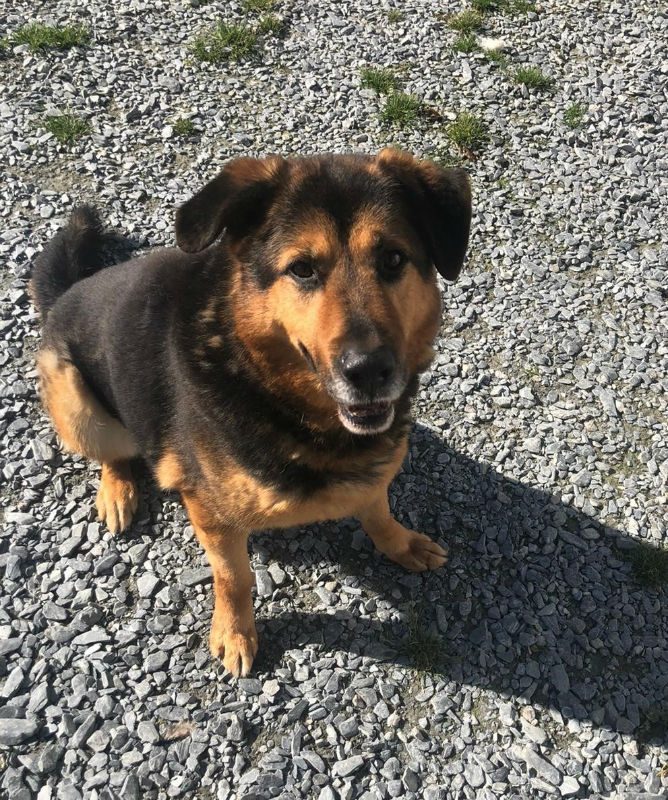 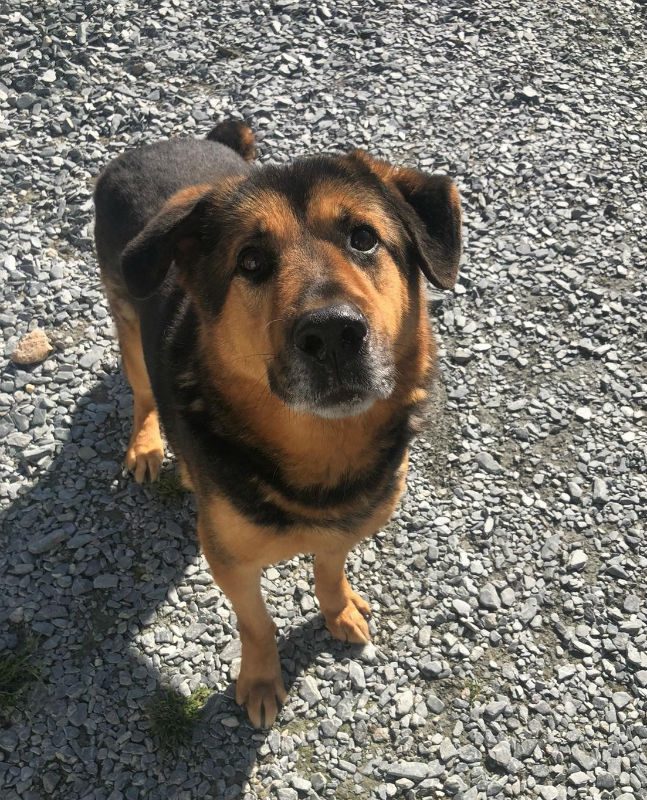 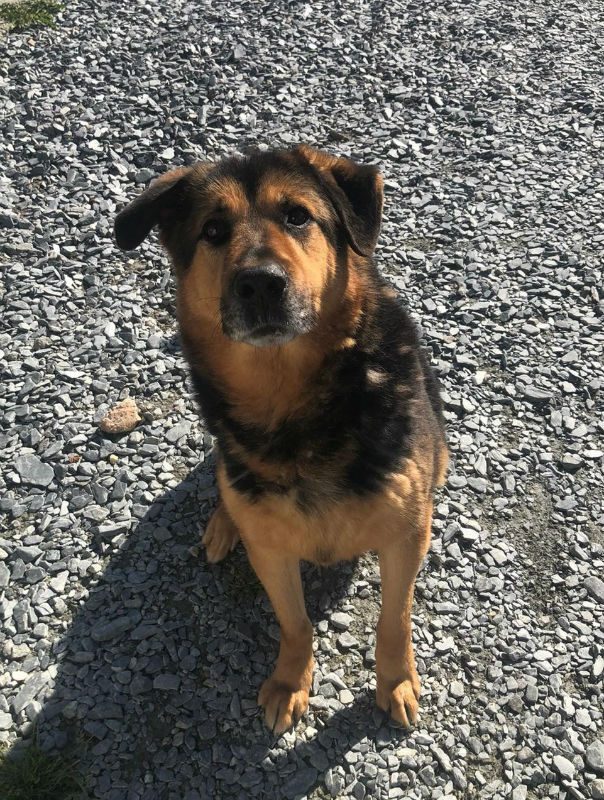 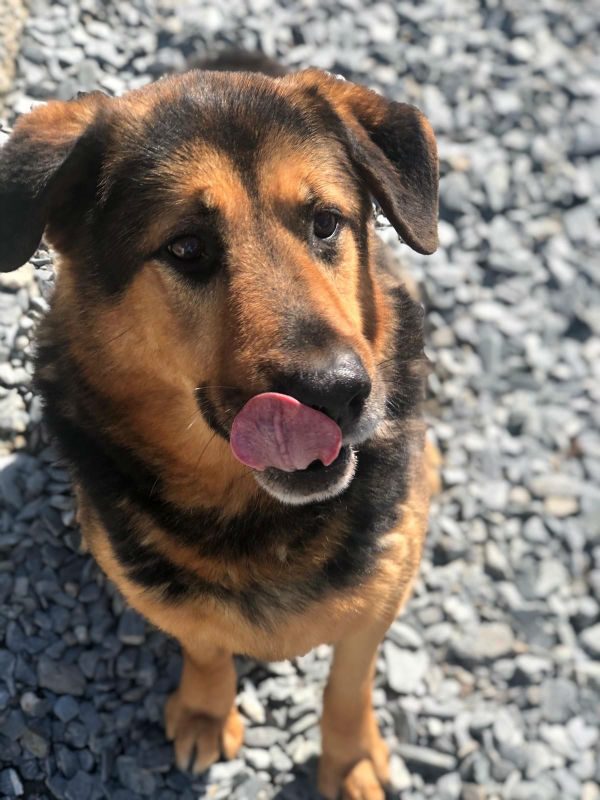 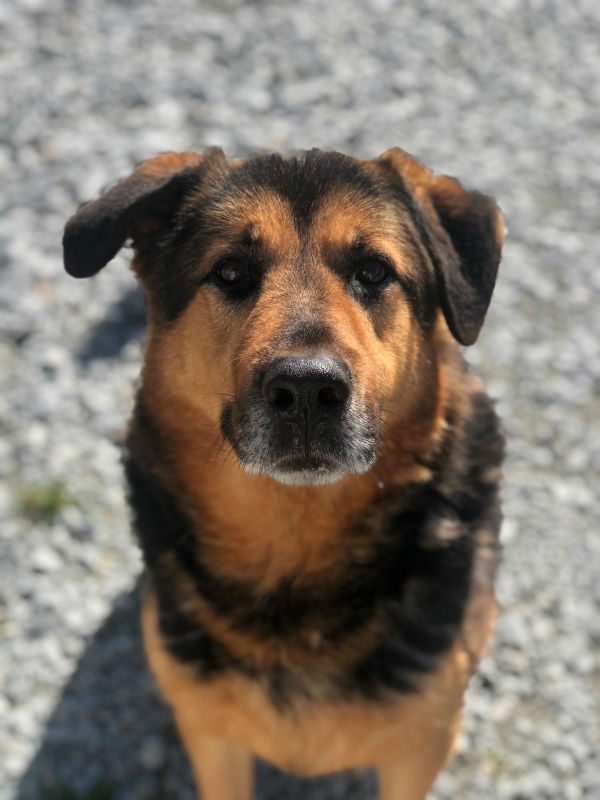 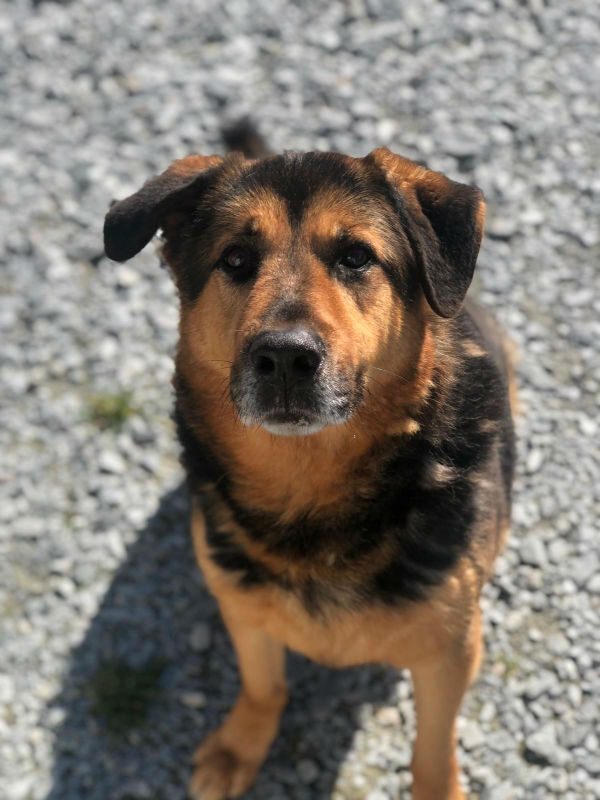 Buster is 8 years old and is a GSD cross Rottie. He is neutered and microchipped and now vaccinated. His current owners have only had him a week and took him in because he was going to be put down as surplus to requirements. He had spent a month shut in a room on his own.

Buster is fine with other dogs and loves people but was struggling in his new home as it was very busy with people in and out, and he was finding it very stressful. This meant he latched onto the lady in the house and is trying to keep everyone else away from her. Outside of the house he is very calm and happy.

Good on the lead, has recall and basic commands. Is treat orientated. Given a quieter home he will become a loving and loyal lad which he yearns to be.

“The dear lad Buster. Lovely boy,  very friendly, can be strong minded on occasion, but as long as you’re firm with training, coming along nicely. Exuberant with other dogs in play, but again time, and patience. Doing well with lead training and basic obedience, putting weight on now and ready for his next new loving home. xx”

Buster went into a new home with older cats but sadly was not introduced correctly and the cats were hissing at him before he had a chance, so came back to the kennels within 48 hours. In every other way he had been perfect, so please do not not overlook this lad who so deserves a home!

Buster was also adopted by a couple but over bonded with the lady, which we know is his trait, and was not given boundaries such as not being allowed in the bedroom. This sadly resulted in an incident where he decided the man was not allowed in the bed and he did bite him.

Buster needs an experienced home that understands that dogs need boundaries from the start. Boundaries can always be removed but very hard to put in place.

His perfect home is out there somewhere.