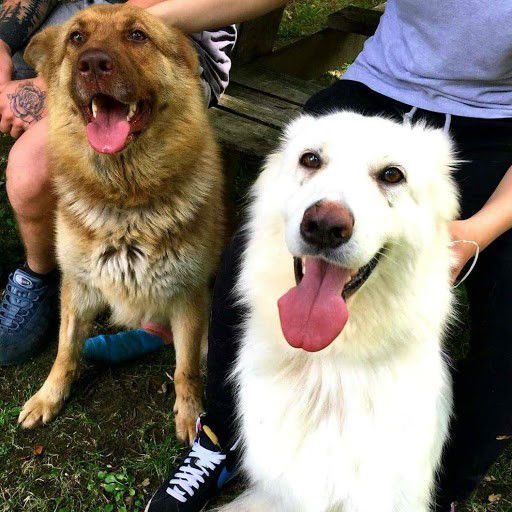 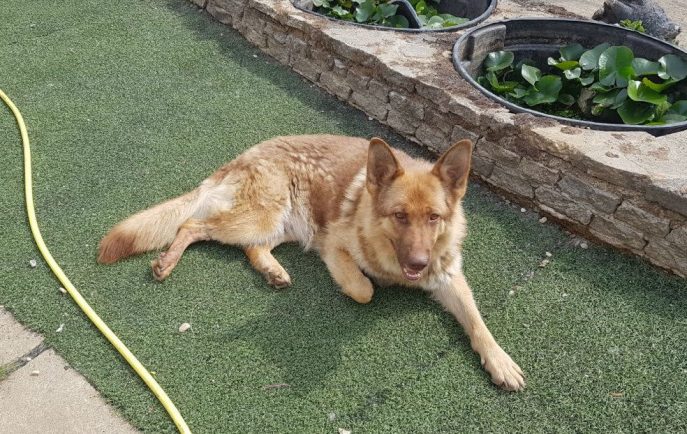 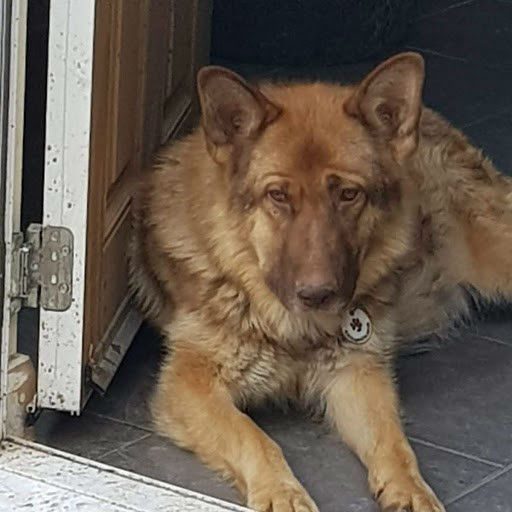 Ghost and Snow (Ghost on the left) came in together having been taken in by a pound. They had been living outside on a farm. Both were very scruffy and covered in ticks, which the pound kennels treated.

Both girls are 4 years old and as far as we are aware, not spayed. They are microchipped and vaccinations to be started over.

No young children as we do not know their history, however they are both super friendly girls with people and other dogs. Unknown with cats.

They will be rehomed separately as although they came in together they are not overly bonded.

What we didn’t know when we took Ghost in was that she was pregnant.

She had 3 little pups and once weaned Ghost has now been adopted and getting the rest she deserves.

Ghost was adopted but sadly had to look for a new home as she does not like being left for long periods of time and her mum’s working hours changed, however the lucky girl has found herself another super home!