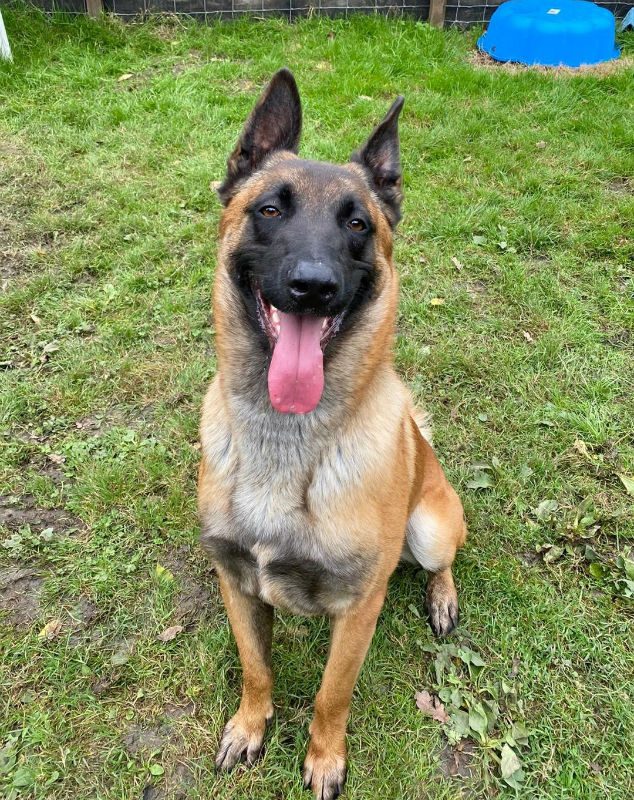 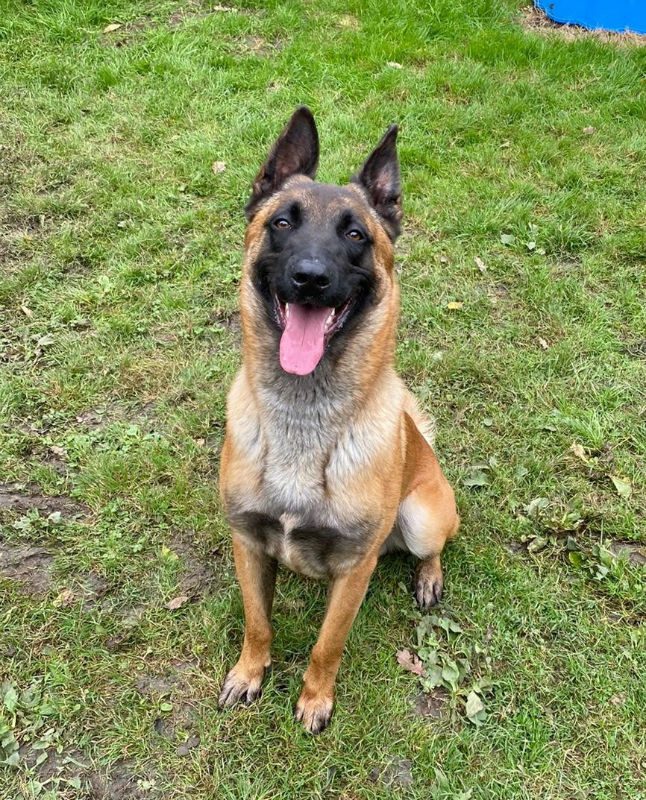 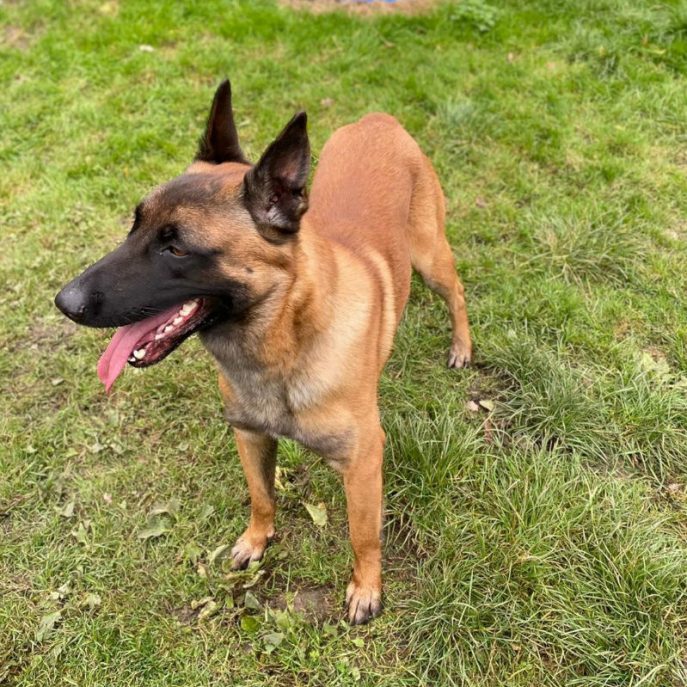 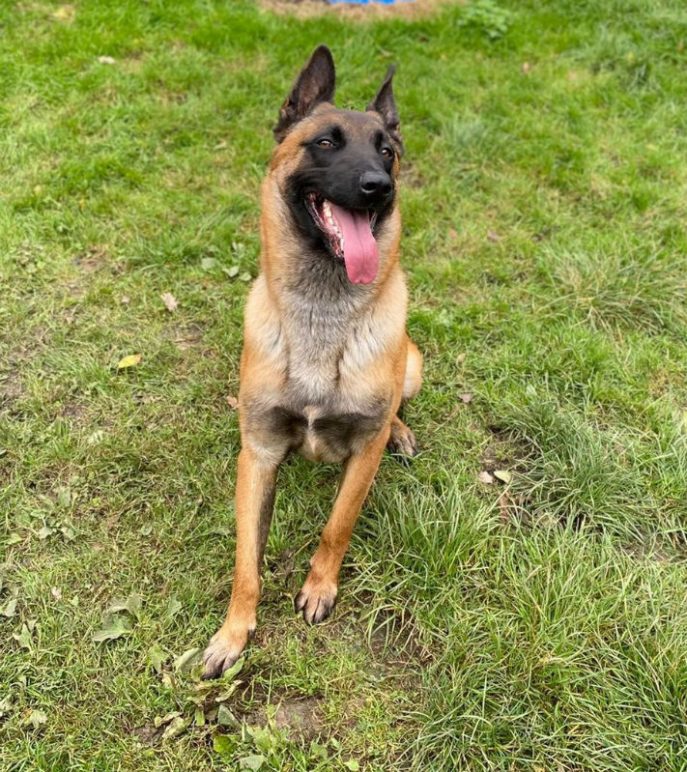 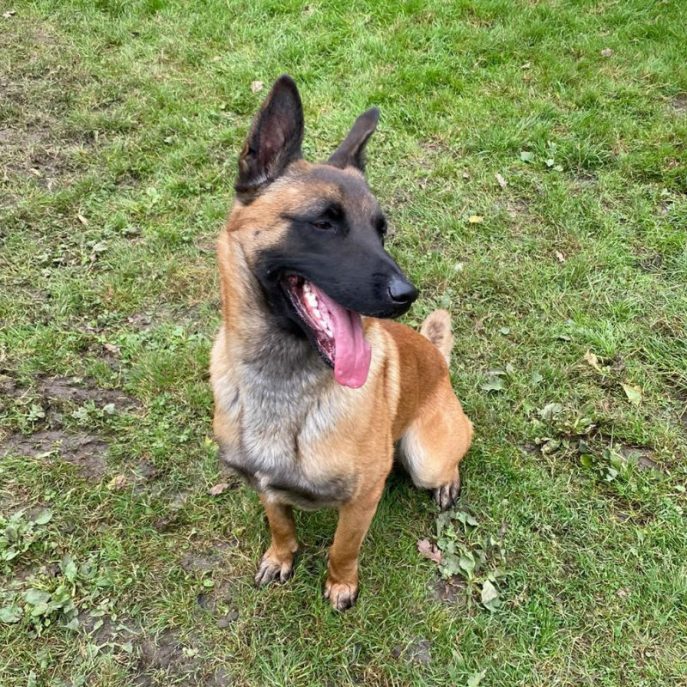 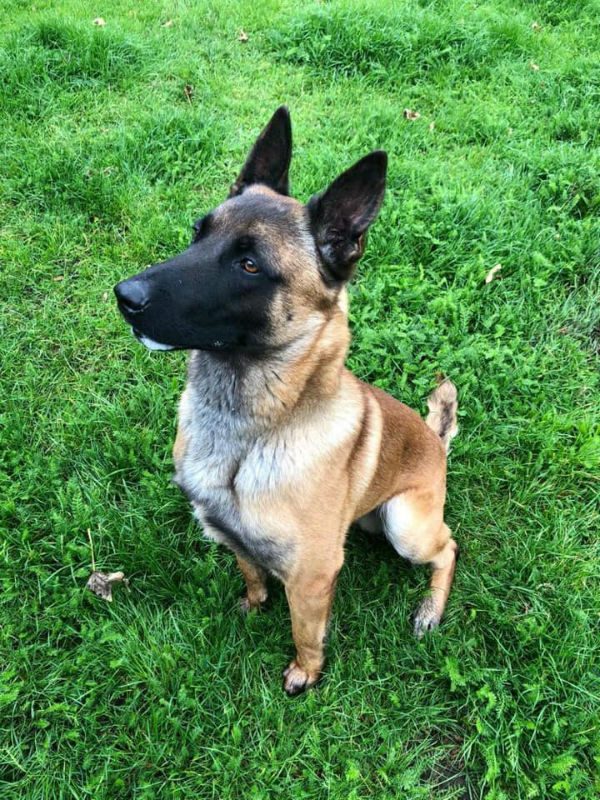 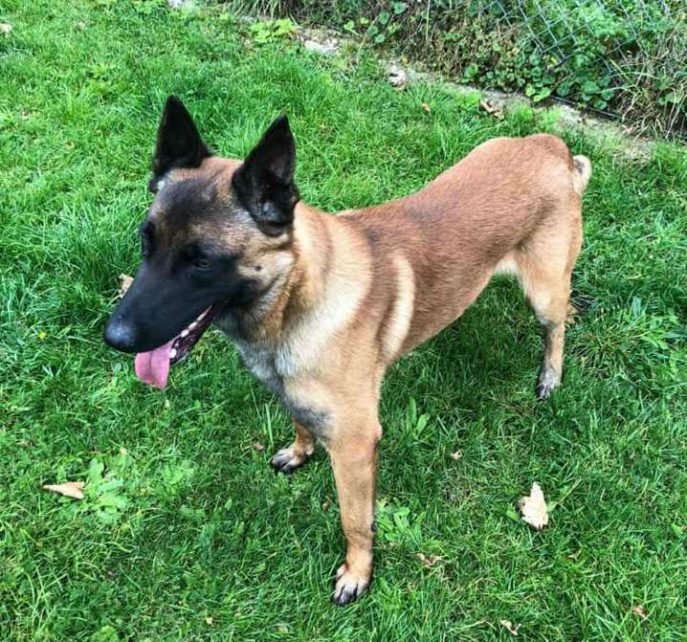 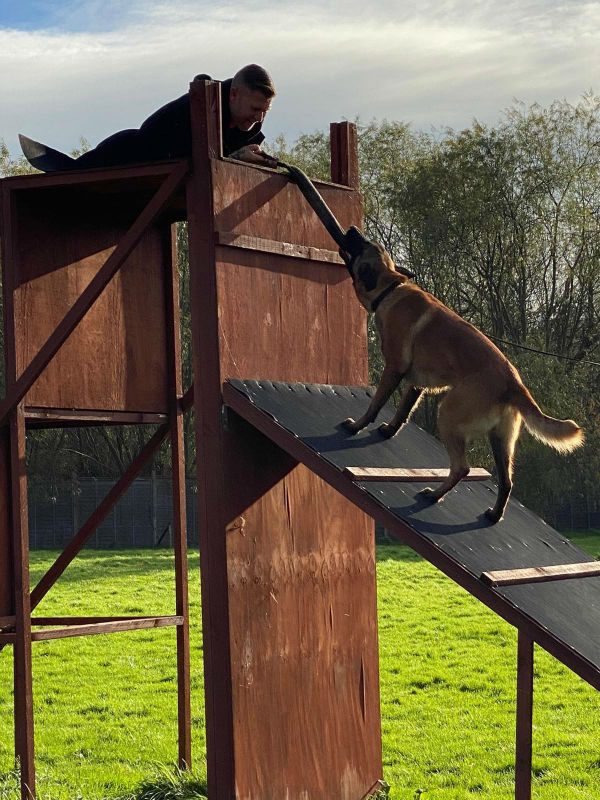 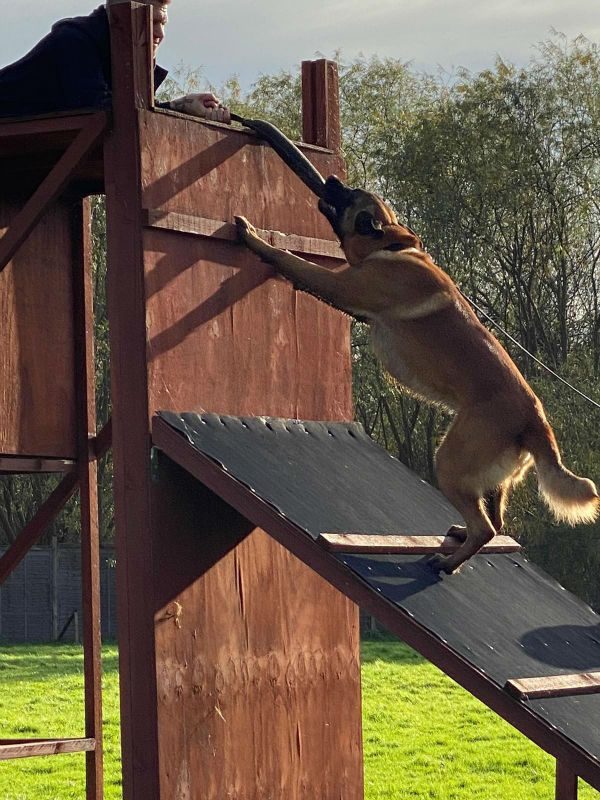 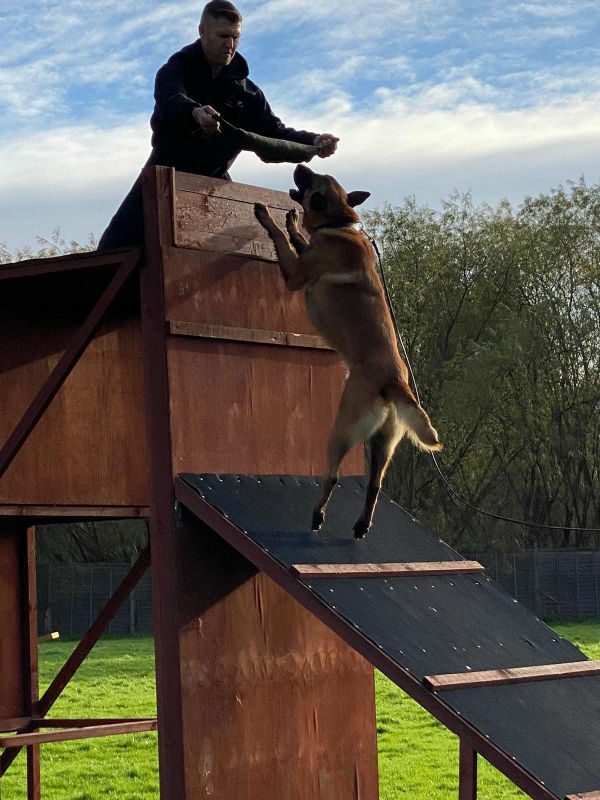 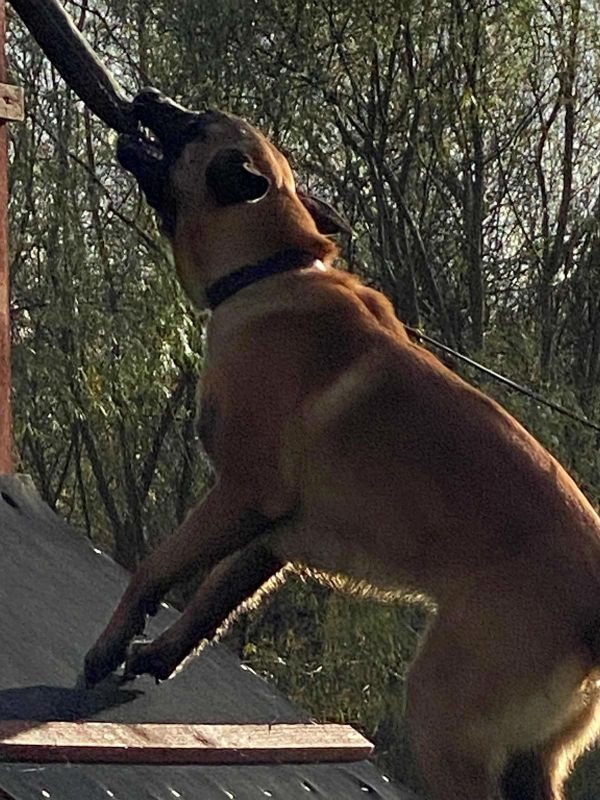 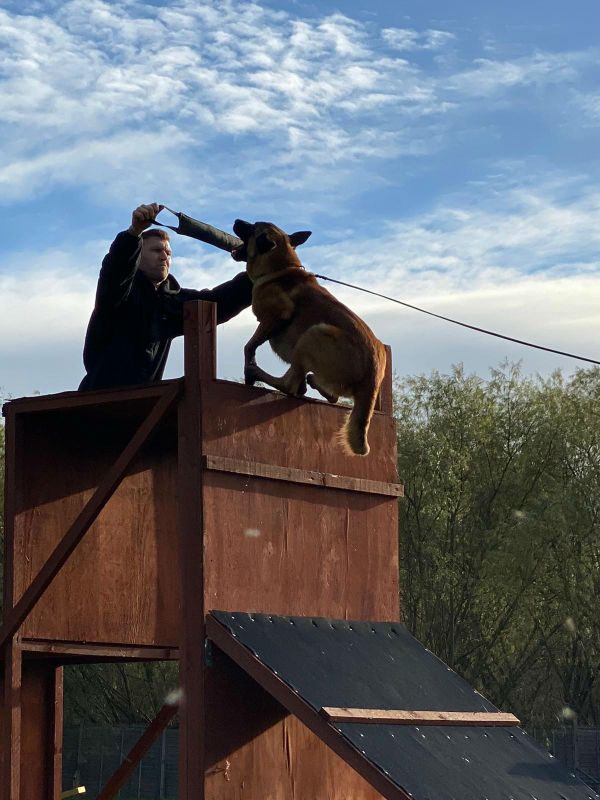 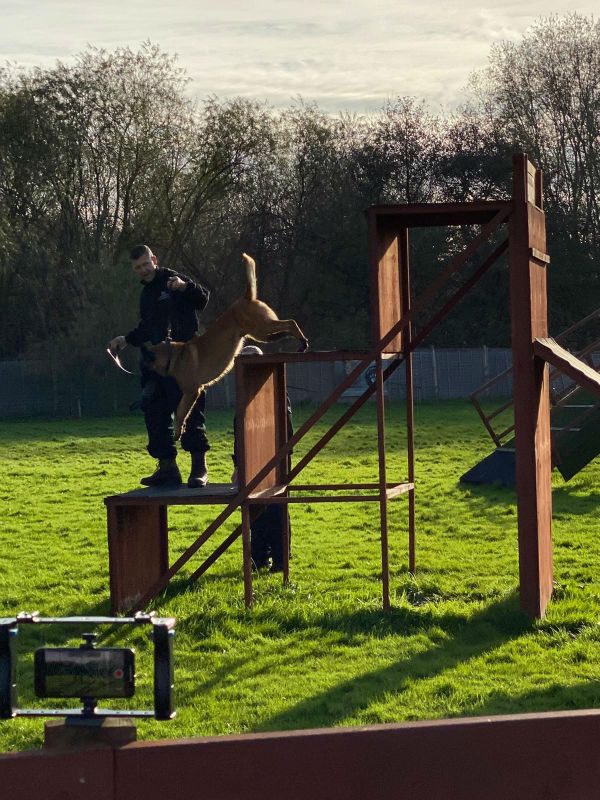 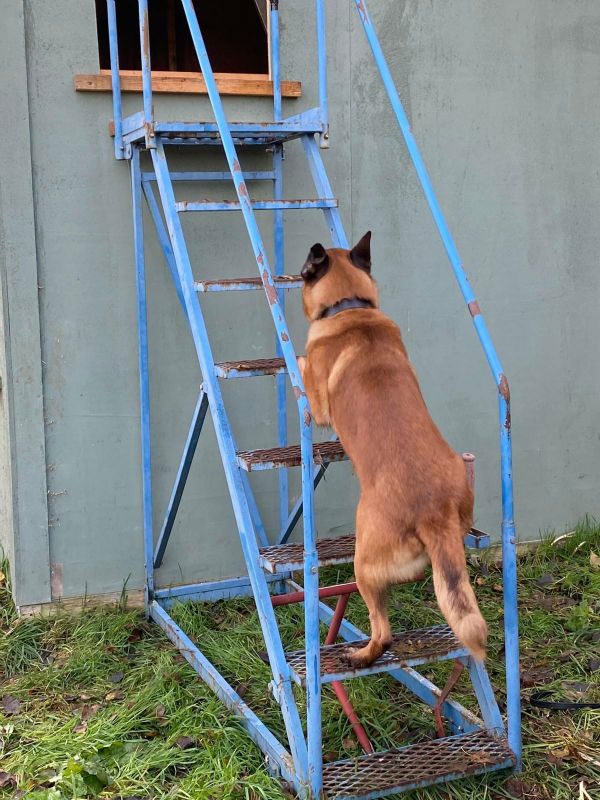 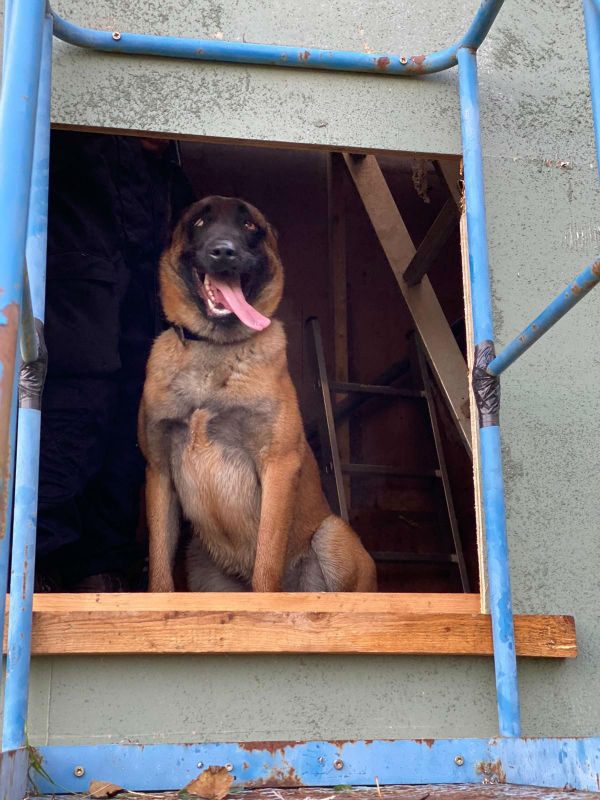 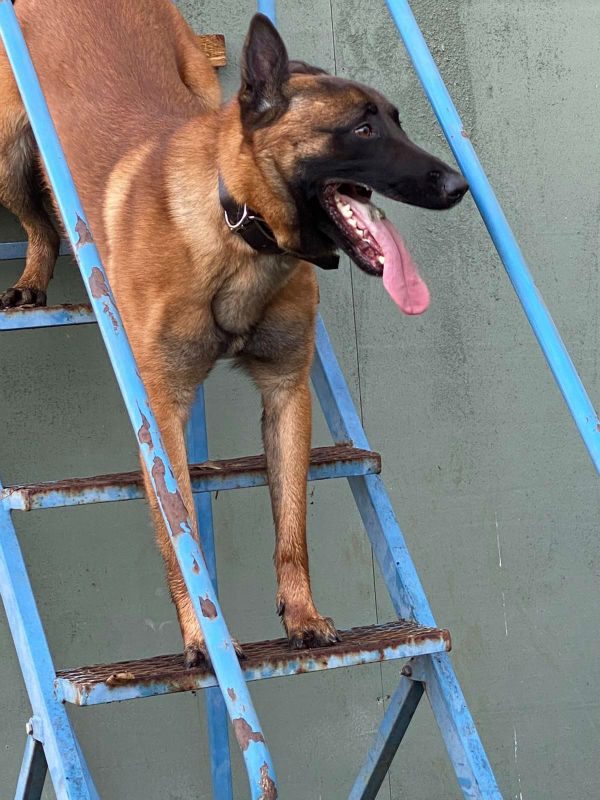 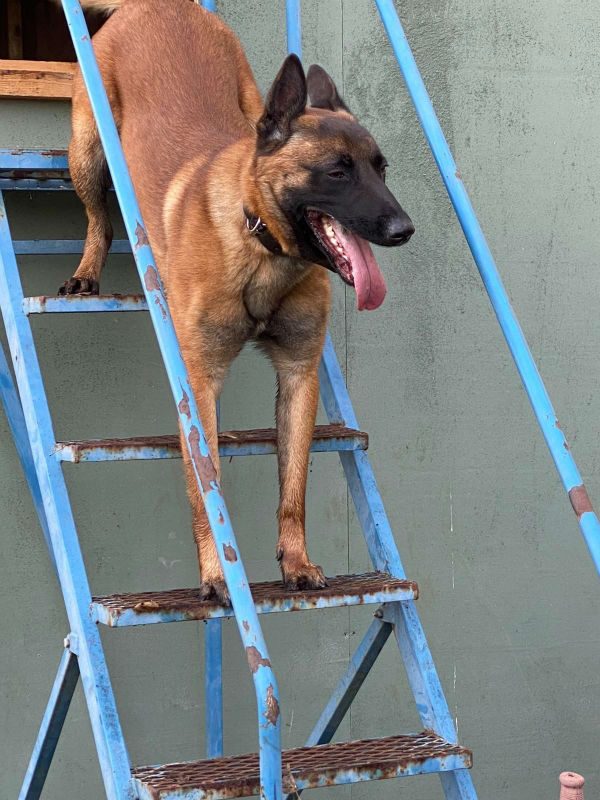 Jackson is a Malinois who we believe is coming up to 2 years of age. Foreign microchip which of course has never been registered in the UK but is registered in Belgium. Jackson is now neutered and vaccinations have been restarted.

As no history we would not rehome with children. Unknown with dogs at present but has not paid much attention to them when out walking or training

Jackson was assessed for a working role as an anti-poaching dog and whilst he was very confident with equipment and environments, and was starting to track very well, he did not like the helicopter blades which would have been an important part of the job. Jackson is very much a one to one dog if working and would need a very experienced handler, but in the right hands could be very special.

However, Jackson would happily adapt to a home as long as that home recognises that being a Mali, not only does he need physical exercise, but mental stimulation; he would like a job of some sort. He can be very cuddly with his people but be warned, he has a tendency for ‘material’ objects and can see them as fair game to be destroyed.

A typical young Mali, Jackson will need a home that has experience with the breed!