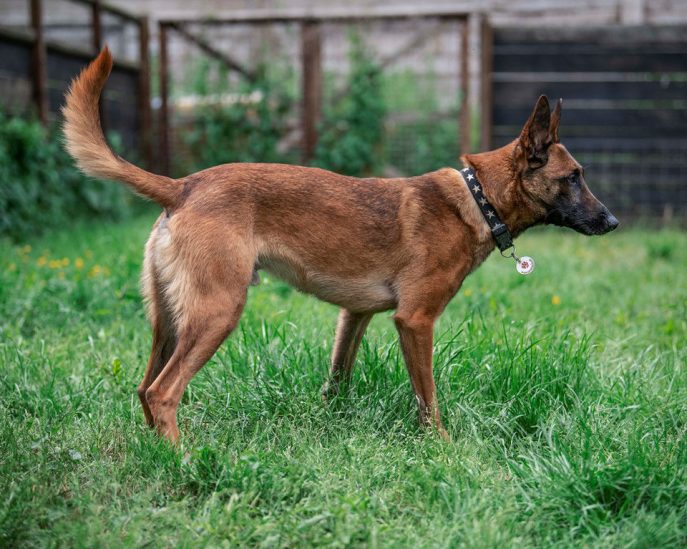 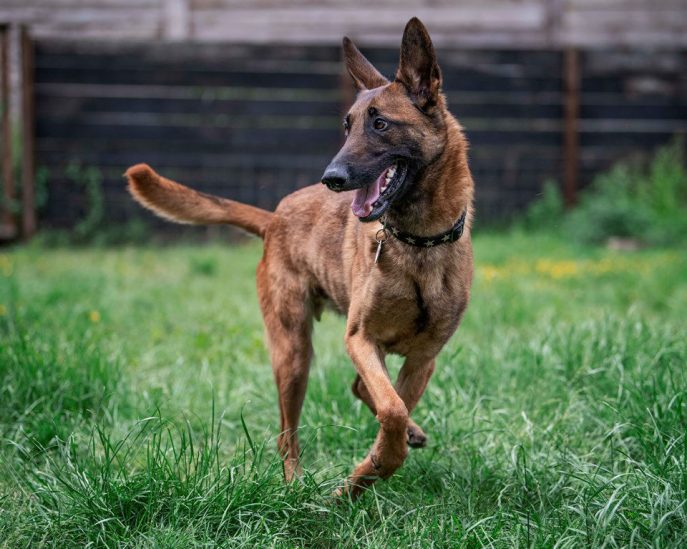 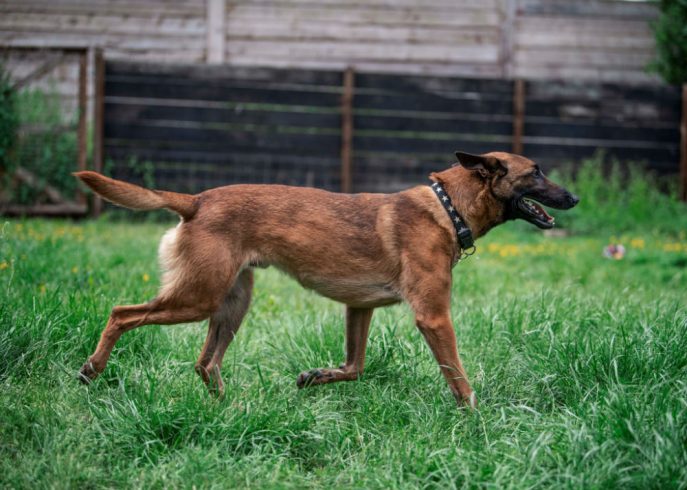 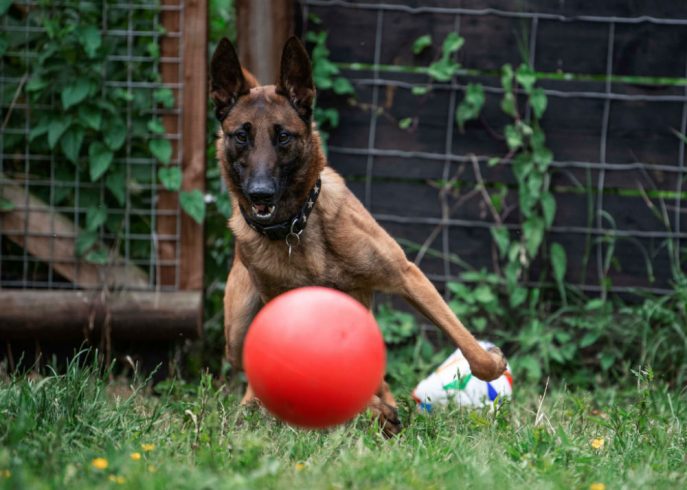 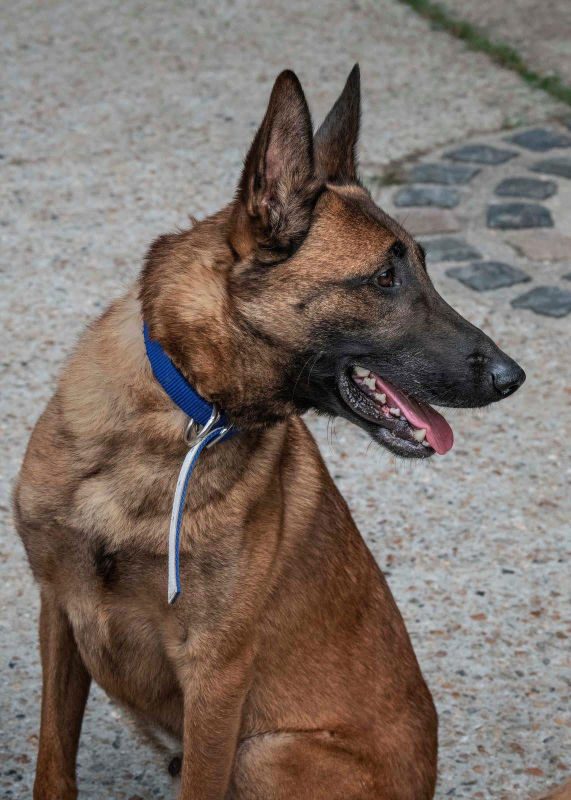 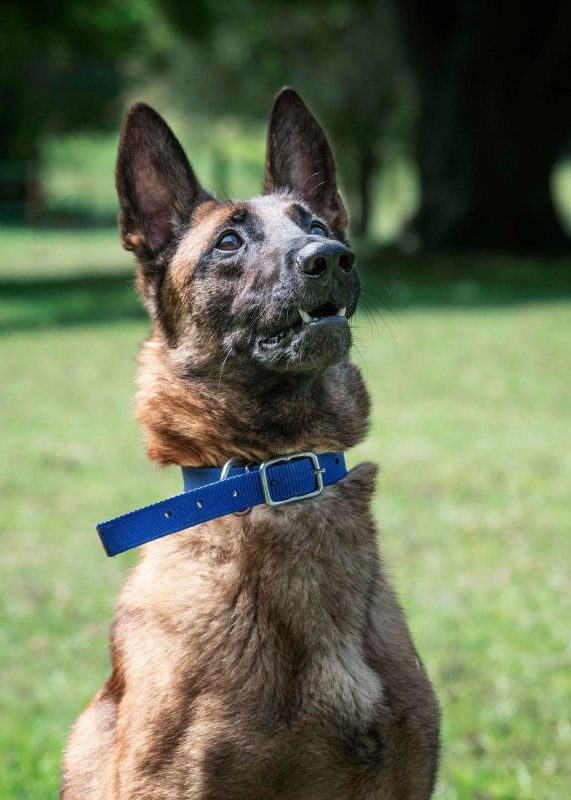 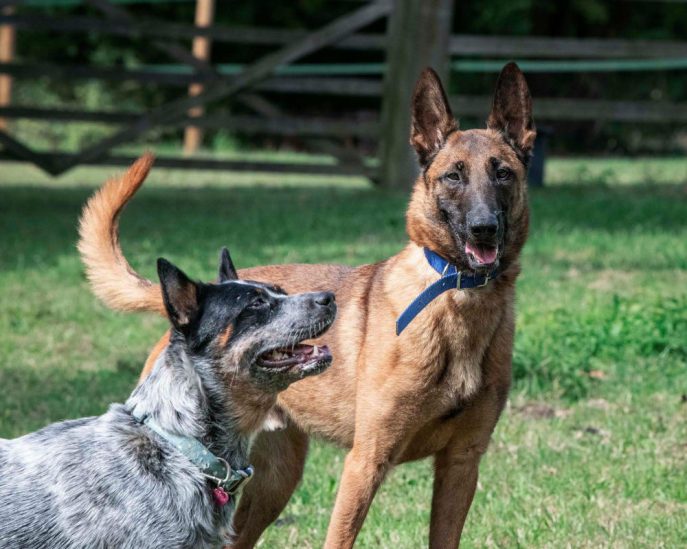 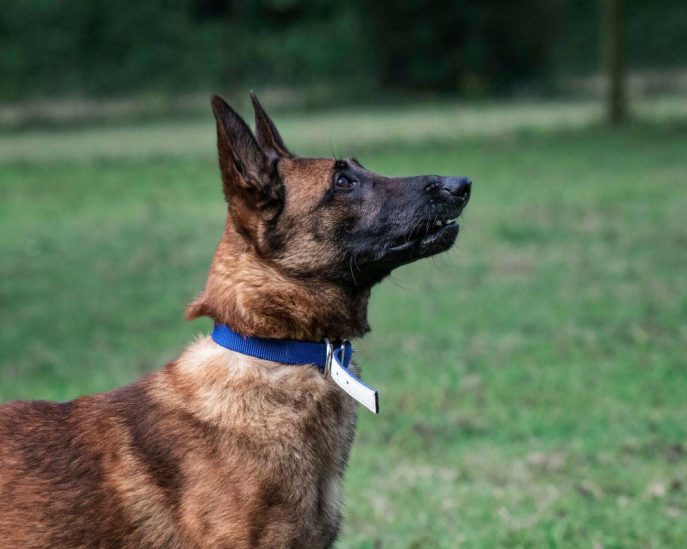 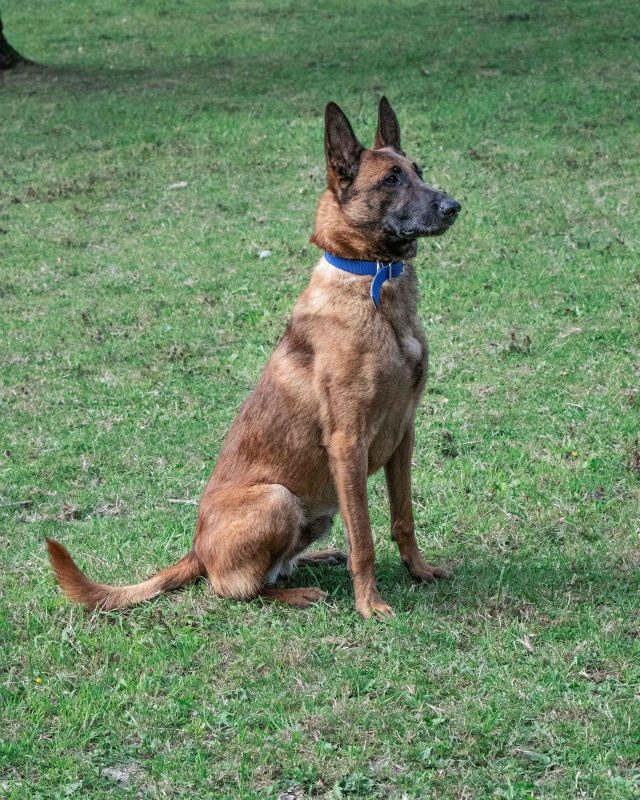 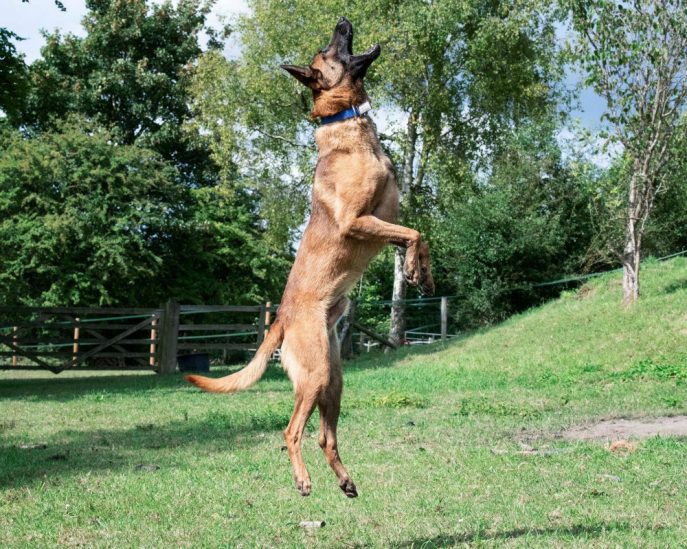 Harper the Mali came into us from the pound. We were told he is between 1-2 but is in fact is 3 years according to his microchip. Now neutered and vaccinated.

Harper was petrified when he first arrived at the council kennels and would bark and run away, but being food orientated soon won him over, and then he showed his loving side.

We would not rehome with children as we do not know his history and suspect he may have had some security training as he knows what a sleeve is for.. He does bark at other dogs but has not shown any aggression, and happily walks out with others now with us. A no to cats.

“Harper is 3 years old vaccinated and neutered his such a lovable boy and loves to curl up on your lap 😂 his such a sweet boy who is finding kennels quite stressful for him he’s good with other dogs with careful introduction. Could you give him a forever home or foster?”

Harper is a lovely young Mali with a friendly temperament who needs a very experienced home with the breed taking into account his past training.”

And this is what his holiday foster home has to say about him:

“Harper has come for a short holiday and assessment. Harper is a Malinois. Neutered Male, aged 3.

Harper is an affectionate and loyal dog. He absolutely wants to be with you all the time. He hates kennels and would happily sit on your lap for cuddles all day. He has shown no malice here. He has been good with people he has met. He has also been walked at the kennels with volunteers on a regular basis.

He isn’t dog reactive on the lead and walks nicely. He’s been on and off lead with a variety of dogs, boys and girls big and small and has been good. Livestock and horses an absolute no. He is very fixated on larger animals…we have had him mixing with them, muzzled but it’s a working progress.

He has had some form of protection training so this would need to be taken into consideration. He hasn’t shown himself to be too protective nor aggressive but given his breed and training he needs an experienced home with a firm but fair handler.

Harper, now known as Trooper, has been adopted by his foster family!