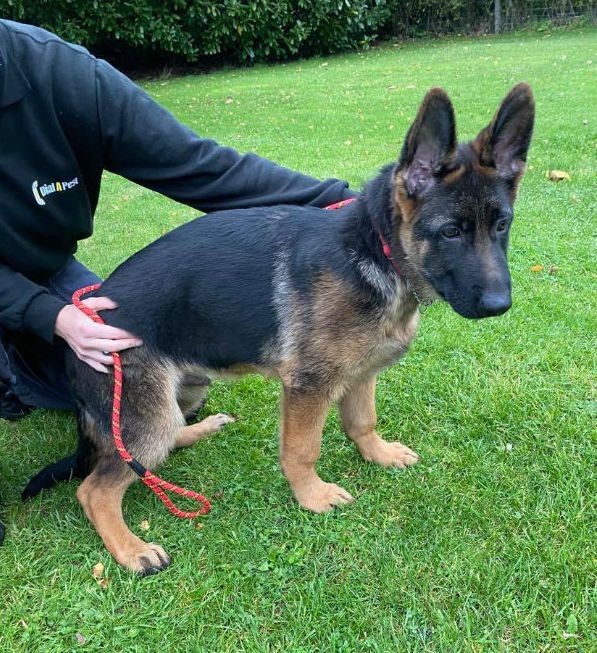 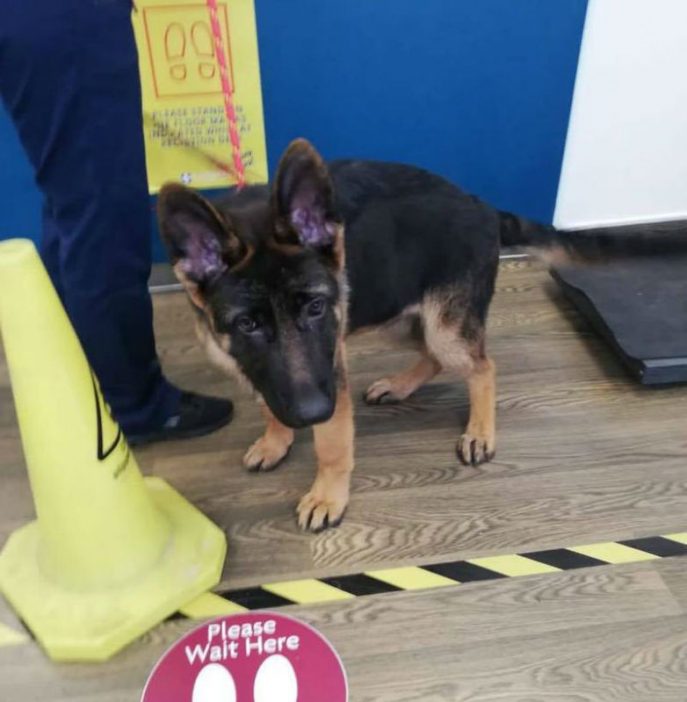 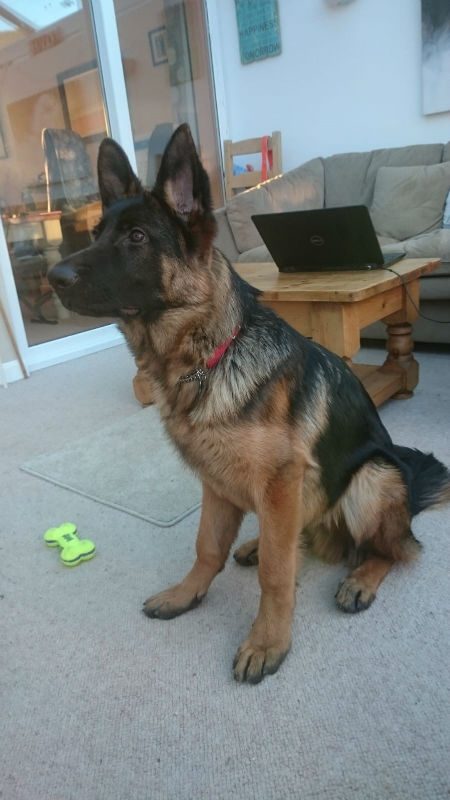 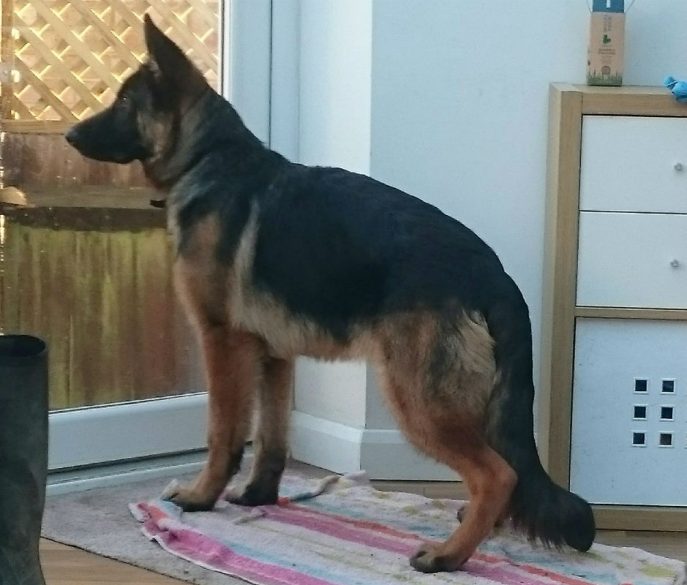 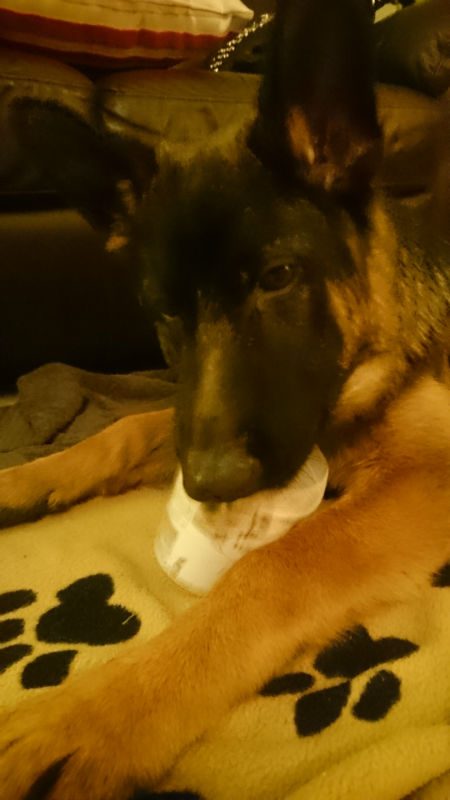 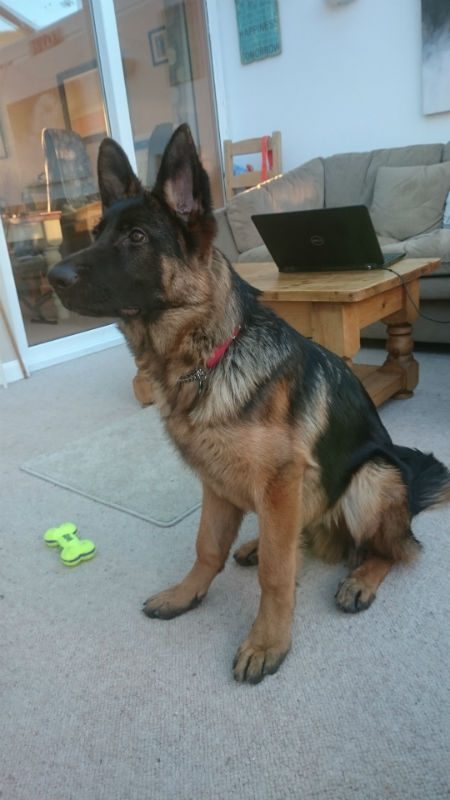 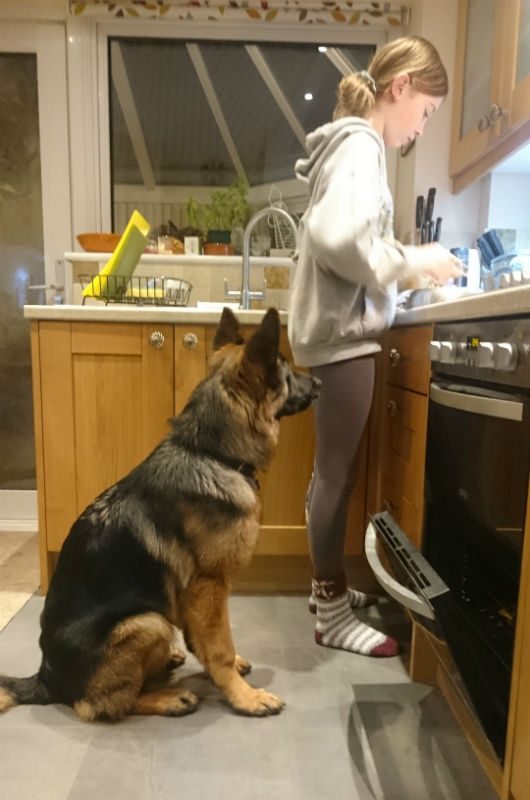 May I introduce Kaiser who we believe was born July 2020. This poor little man was picked up as a stray. He was microchipped but surprisingly it had never been registered and nobody claimed him so he came to us. Having picked up kennel cough as well he was very sorry for himself but we managed to get him straight into a foster home with no other dogs.  Now also fully vaccinated. This is what foster mum has to say about him:

“We brought this young guy home from kennels as a foster after he’d done his seven days as a stray, and named him Kaiser. He was very thin and full of kennel cough. A round of antibiotics and plenty of quality food later, he’s putting on good weight and has come out of his shell. He gone from 19kgs to 24kgs in just over a month and is still growing.

Kaiser is a bright-eyed little charmer who likes to be with his family and is interested in whatever they’re doing. He’s a comical, curious and confident dog who loves to give kisses. Lawn mower, vacuum cleaner, washing machine, tumble dryer, hair dryer: nothing fazes him. He barks at the voices on Zoom calls, to the amusement of my work colleagues! He loves his crate. We leave the door open and he often goes in for a nap. When we turn off the lights at night before bed, we say “Go Bed” and he goes straight to his crate for a cookie and bedtime. On opening the crate in the morning, he heads straight to the back door for toileting.

His training is coming along well. He sits on command. He’s learning to lie “down” when you point & bend to the floor. We practice “wait”, “stay”, “come”, “off”, “leave” and “find it”. I hide a treat in the hallway when he’s not looking and tell him to “find it”. “Leave” is still a work in progress, especially when he’s run off with a slipper in his mouth. He likes socks, tea towels, toilet rolls, wheat packs, slippers, shoes, boots: don’t leave it lying around if you don’t want it “Kaiser’d”. He is still a puppy, though, and it’s all part of the learning process.

Kaiser loves squeaky toys, tennis balls, deer antler chews and especially a stuffed Kong. He tries to bite the grooming brush, but I hold his collar as I brush him, giving him occasional treats while telling him he’s a Good Boy. I’ve clipped his nails a little, and he’s not bothered, only curious. We can handle him from head to toe: ears, face, eyes, teeth, paws, nails, tail, boy parts. The whole dog. No problems. The vets love him as does our postie!

He’s learning to walk politely with a “Dogmatic” head collar as he’s strong and pulls on the lead. He’s very shouty at other dogs and can leap around on the lead, so his social skills definitely need ongoing work.

He has occasionally barked at people and children so continued exposure to all people is a must. He’s not sure about joggers and bicycles, so he’ll need more exposure to these, too. He’s great with my 12yr old daughter, but she’s big-dog savvy as we’ve always had GSDs.

I would recommend a family with previous GSD experience, who may already have a calm resident dog or two and older children who know big dogs.”