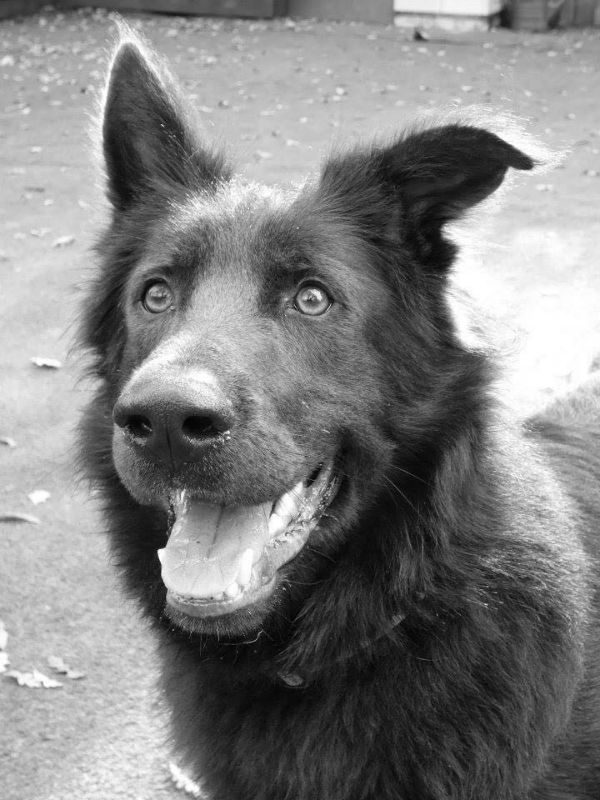 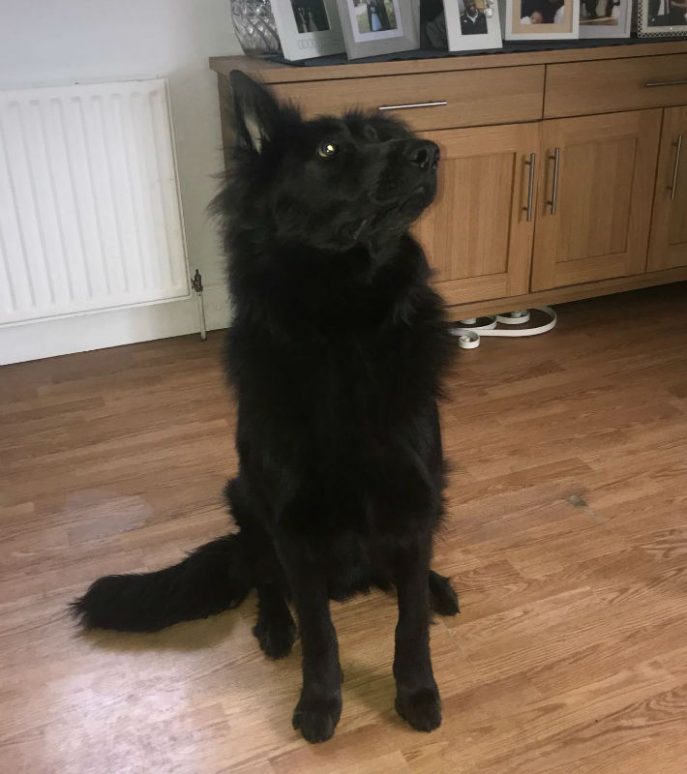 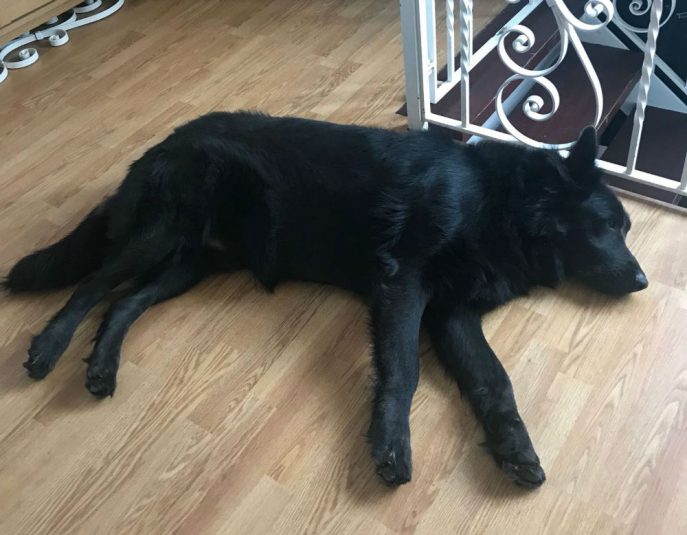 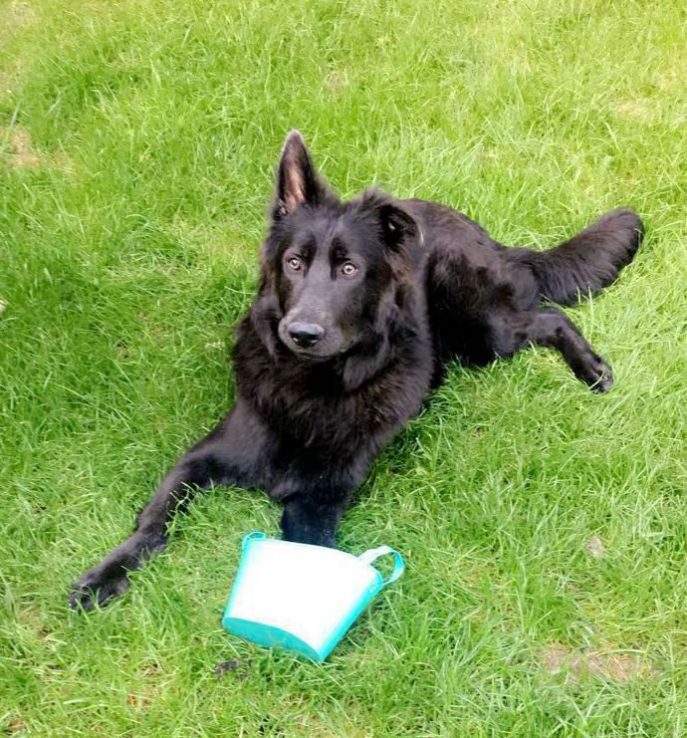 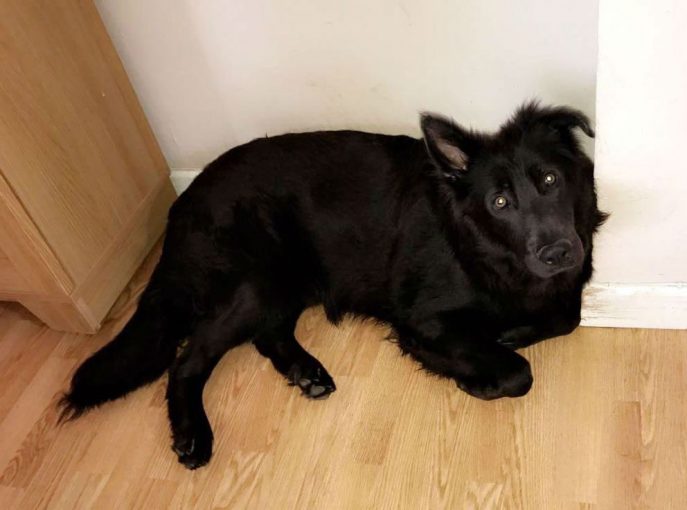 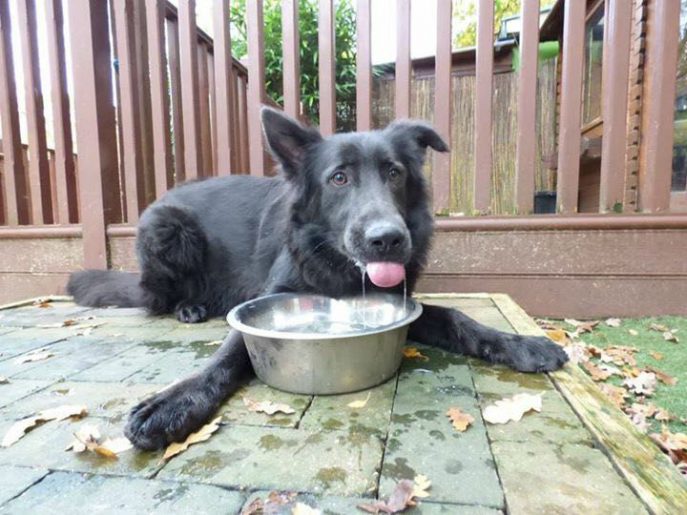 Luca is just 17 months old. He is neutered, vaccinated and microchipped.

This stunning lad has become protective of his female owner and is therefore displaying signs of dominance. We would not rehome him with children, but he is good with other dogs, currently living with a Bichon.  With his family he is loyal and loving, and shows no signs of aggression or possession with food or toys, and in fact is very food orientated which will help with his training. Does not like the vets so does have to be muzzled. Strong on the lead to start but settles, and has recall and basic commands. Being rehomed because his female owner struggles to handle him when out walking, and her anxiety about his protectiveness is of course making him more protective.

When our volunteer arrived to assess him, he was behind a gate and muzzled (as we had requested). After sitting and talking to the family for a while, our volunteer asked he be let through. It was apparent his female owner immediately became very anxious. Luca came through and straight over to our volunteer, and immediately tried to show his dominance by putting his front legs on the table and barking. He was told no by his dad, and got down, proceeded to give our volunteer a good sniff (who was totally ignoring him still at this stage) and then lay down by her feet, had a nibble on the fur on her boots and then went to sleep! He seemed very relaxed and was fine with our volunteer stroking him and fussing him. When she went to leave, both owners again became anxious but Luca did not react in any way.

Luca is a typical youngster who has got above his station and just needs an experienced home that can give him the guidance and boundaries he needs. He will need lots of exercise and mental stimulation, which sadly his owners are struggling to give him, and an older bitch in the home to guide him would probably be of great benefit. In the right home, this lad could be fantastic fun and also has the potential to be a working dog.

Luca has been adopted.