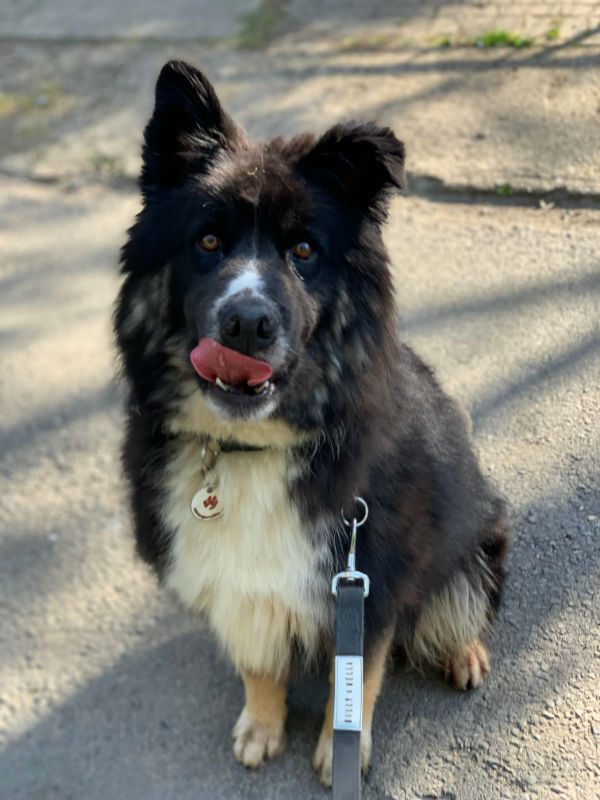 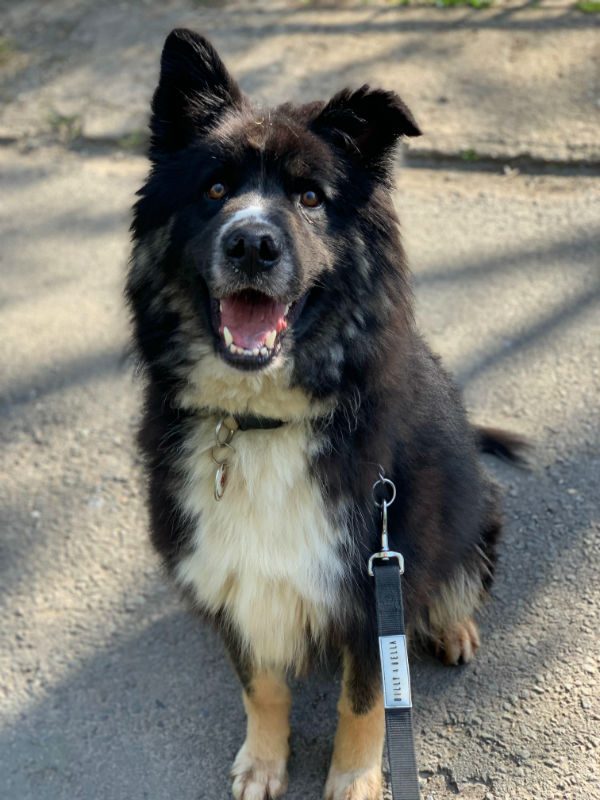 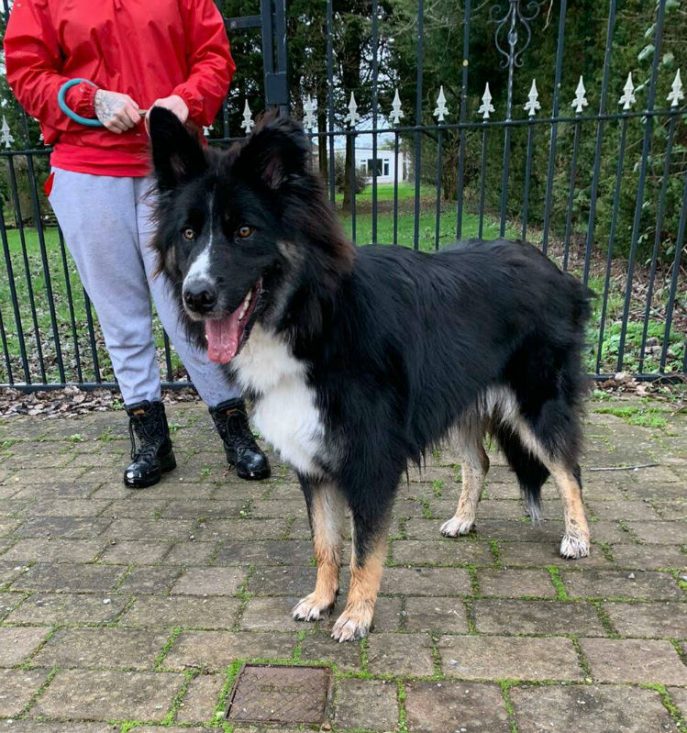 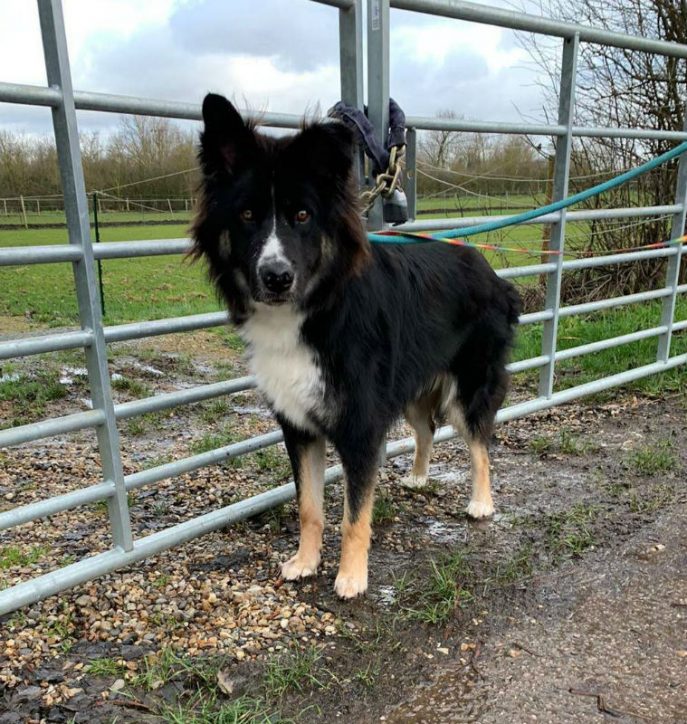 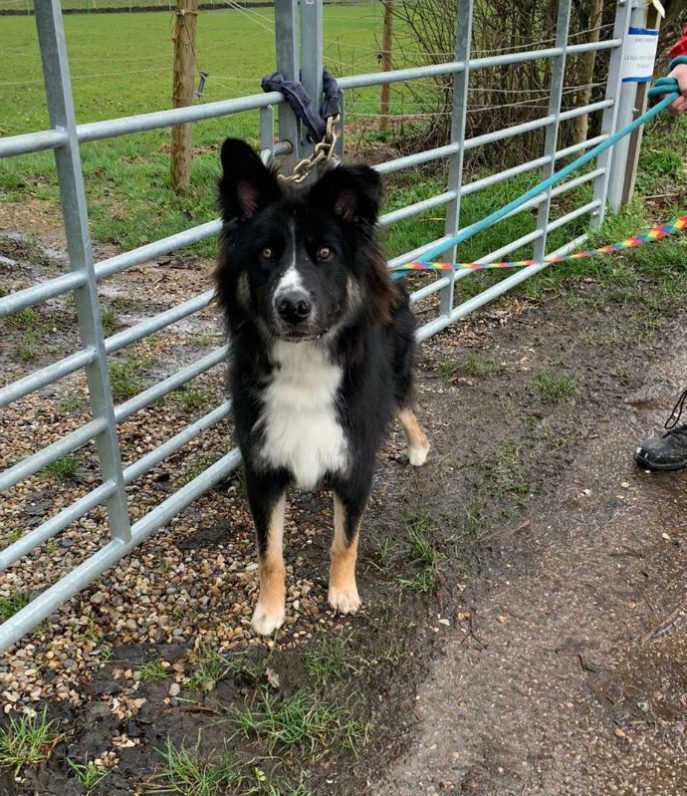 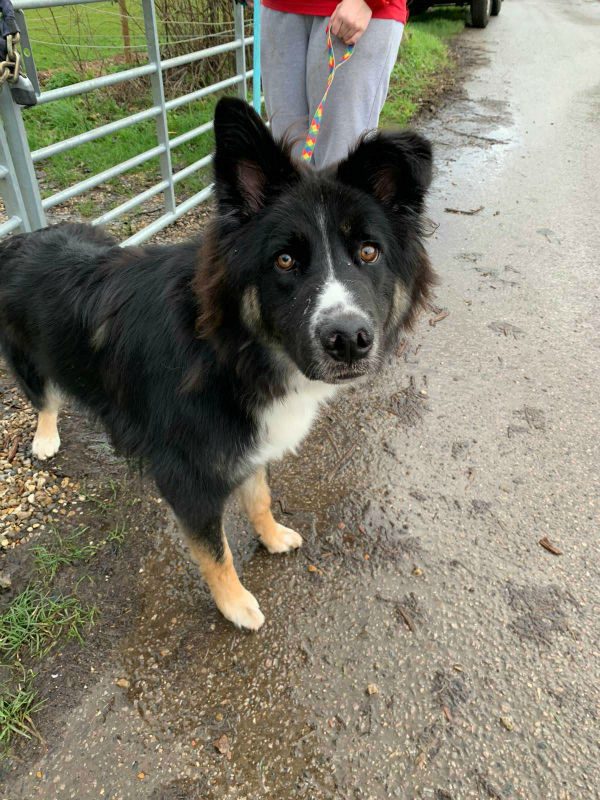 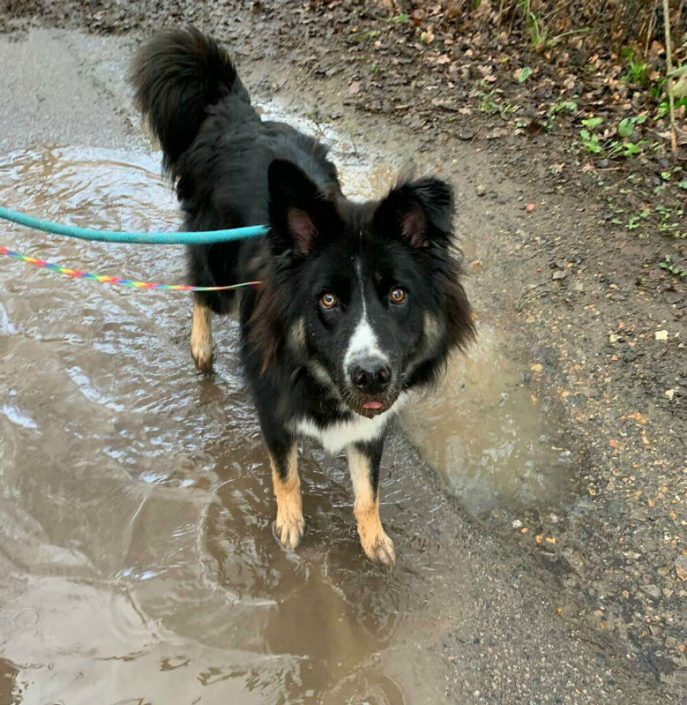 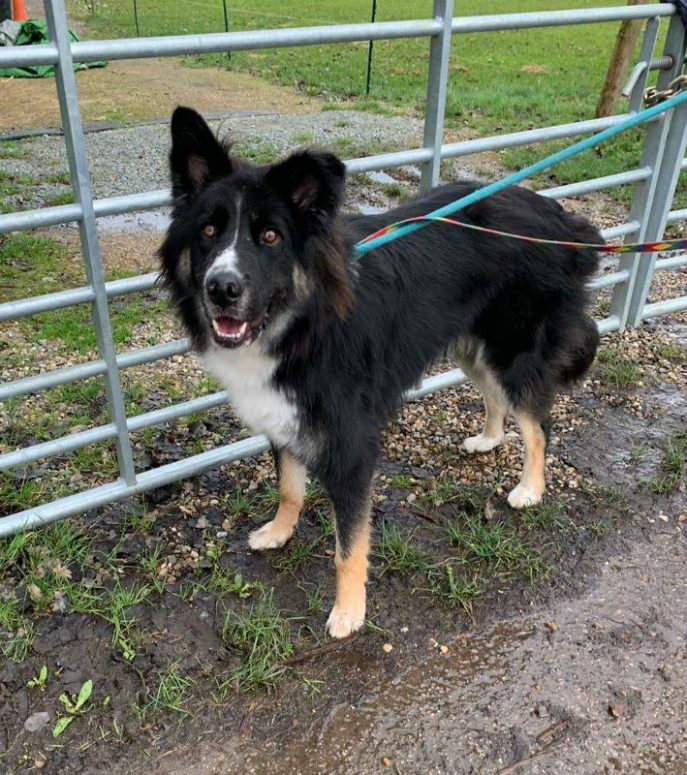 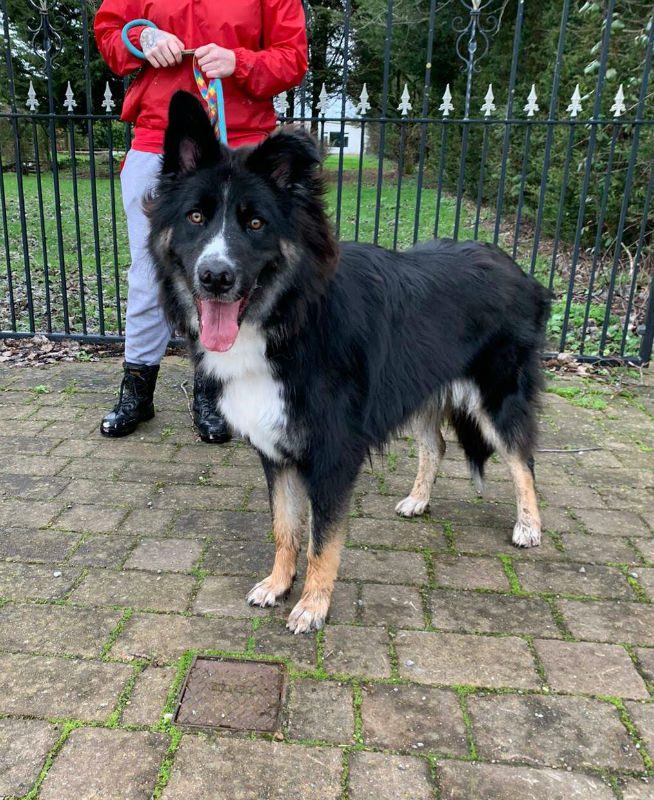 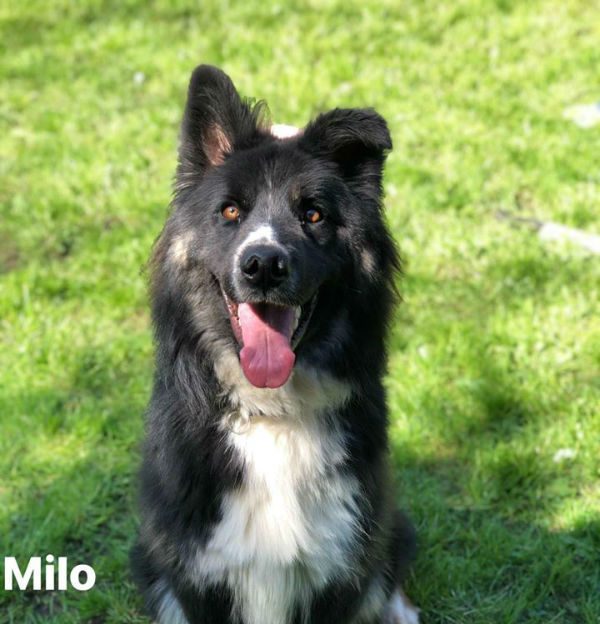 “Milo is our longest resident at Essex and is a cheeky chap. Milo does have food aggression not over his food bowl but over large treats or bones so best not to give or if you do leave in another room. Milo loves meeting new people but doesn’t like to be over fussed at first, he does pull on the lead a little but soon settles. Milo can walk with dogs but he best in a home as only dog as he likes his people to himself.”

Milo came in to us after a call from a rescue we work closely with, who had a call from a vets to say they had a GSD in who was only 14 months and his owner wanted him put to sleep because he had bitten him. We of course said yes we will help so arranged to collect Milo the next day. Then I get the panicked phone call a bit later saying he had just got a photo and it wasn’t a GSD and so he had no idea where he was going to put him. So yes, we took him in anyway!

We are told Milo is a GSD cross Husky. His microchip just says cross. He was born in Nov 2018 and is now fully vaccinated and neutered.

No young children as we do not know his history. Milo was very nervous when he arrived but was very happy to go out for a nice walk and have his photo taken.

Milo can be a strong lad and does show some aggression over high value treats. Whilst he will happily go for walks with other dogs, he does get very jealous if the other dog is being fussed and he is not, so will need to be the only dog in the home.

Milo has had a spell in a foster home where he could be very loving but also very grumbly at times which could not be pinned on any particular trigger. A firm no to this behaviour did seem to work.

Milo is going to need a very patient and understanding home that has dealt with a dog of this type before, where he can be treated fairly but firmly whilst allowing him the space he needs to fully relax and realise he is safe and can relax his guard.