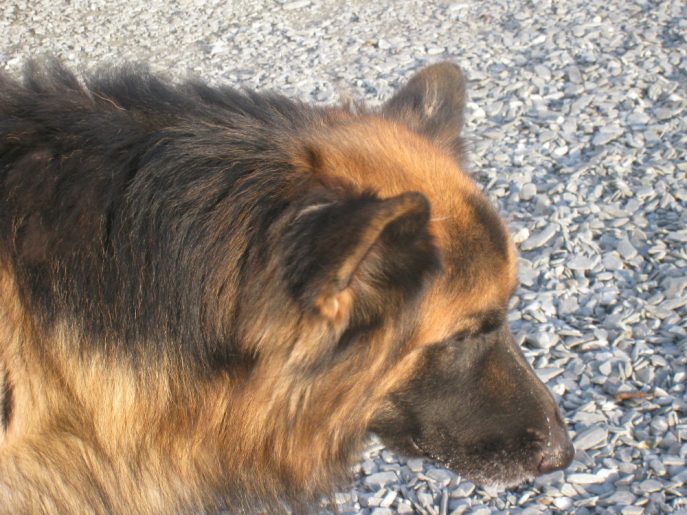 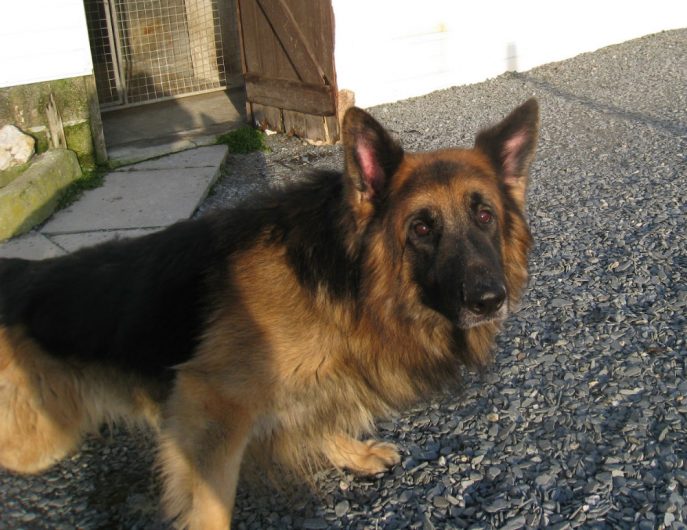 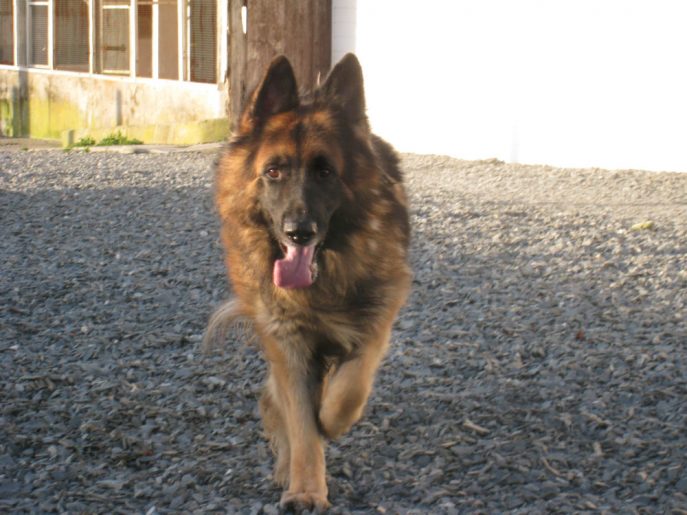 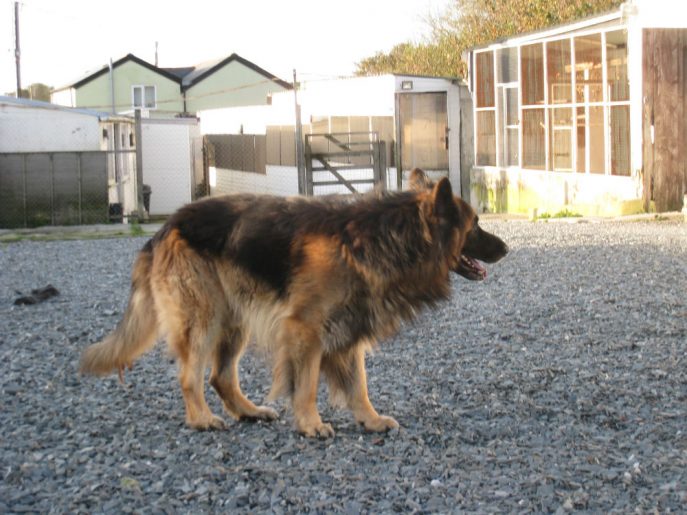 May I introduce Monty who we were told was called Kojak but had no idea of his name. This handsome lad came in with Zauber when we were contacted by Social Services for emergency help. Their elderly mum had collapsed and been taken to hospital. The dogs were in separate rooms when found, we don’t know why as both do not seem bothered by other dog. Sadly mum had stopped going out and the boys had probably not been walked for a very long time, and in fact Monty, the younger lad, did not even seem to know what a lead was. Mum has sadly died so the boys are up for adoption now.

Monty is 4 years old. He is currently entire and was much too nervous to even consider neutering. In fact he is only now calm enough that we will be able to start his vaccinations. He is microchipped.

This is what the kennels have to say about him:

“DAMN GREAT BIG FOOL,,,,,,Monty has a massive way to go. These 2 beautiess unfortunately know nothing, Monty in particular never been on a lead. We are working hard with this gorgeous lad he has spent his whole 4 yrs of life as a recluse with his mum and another lad Zauber. Even a brush frightens the life out of him right now, BUT THROUGH ALL THE UPHEAVEL I NEED TO STATE THERE ISNT A BAD BONE IN HIS BODY,  his answer to anything is buck like a pony upright on chris shoulder face to face,  BIG LAD, long way to go.”