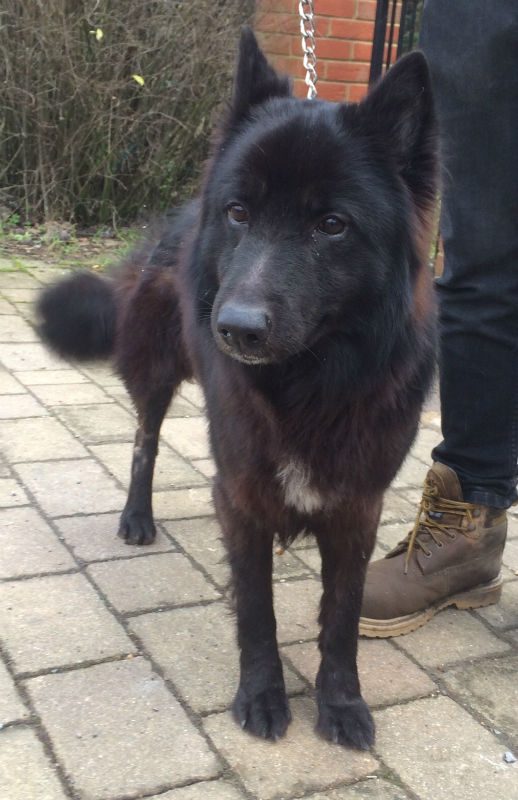 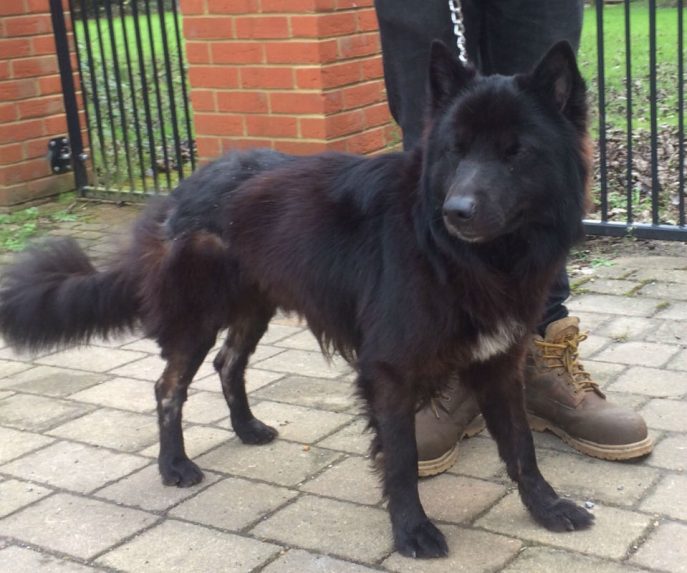 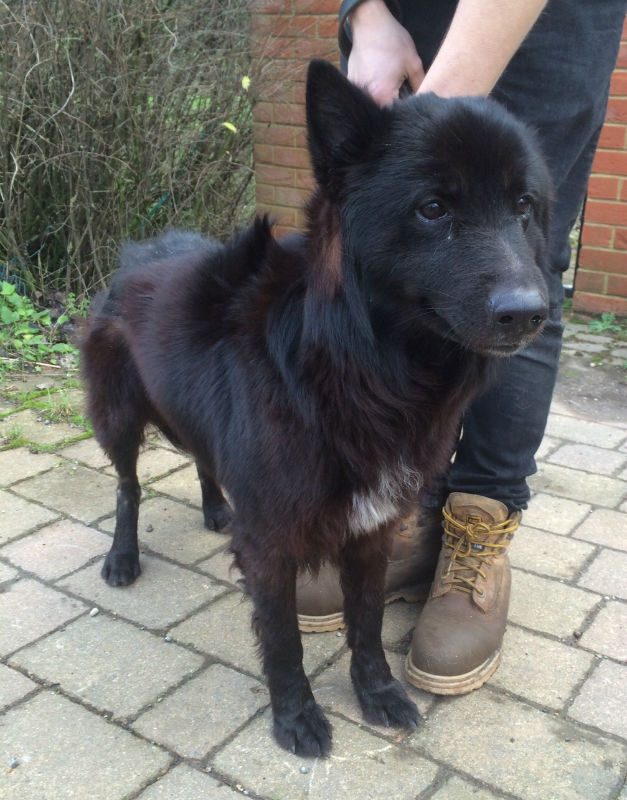 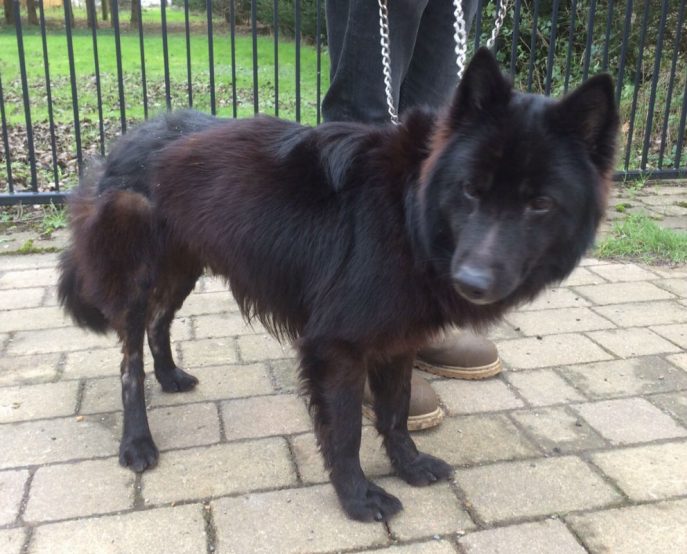 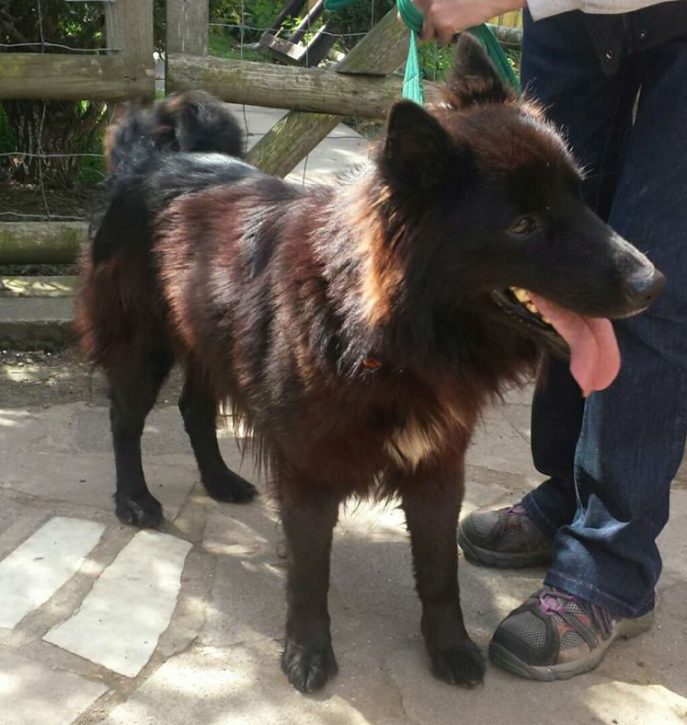 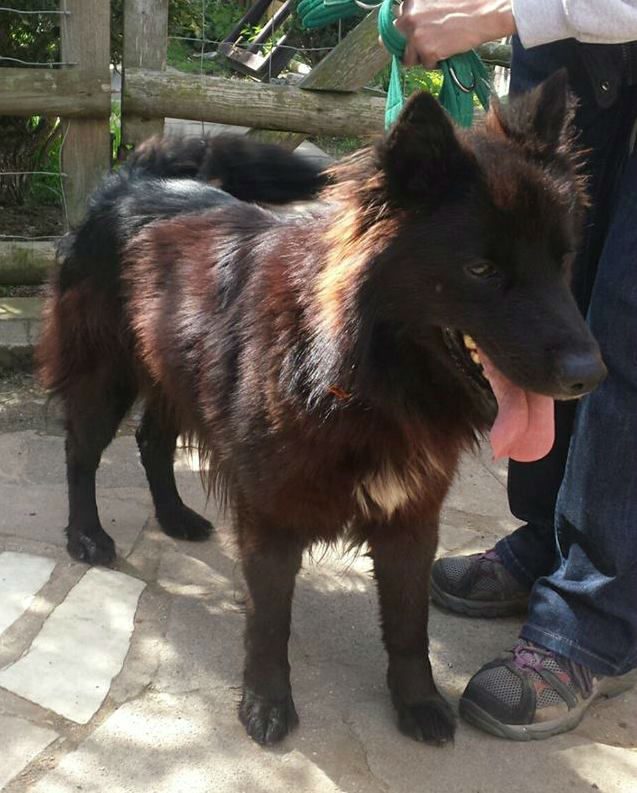 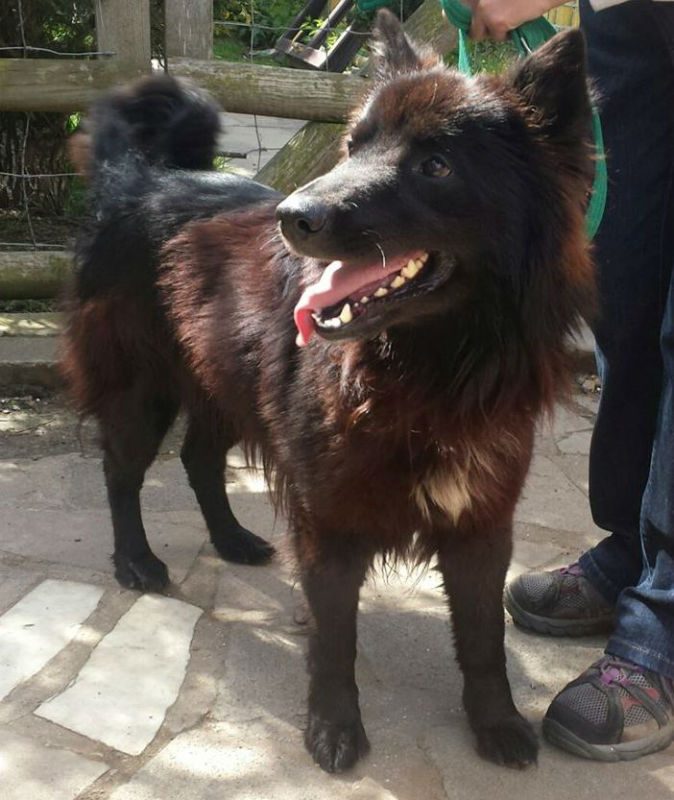 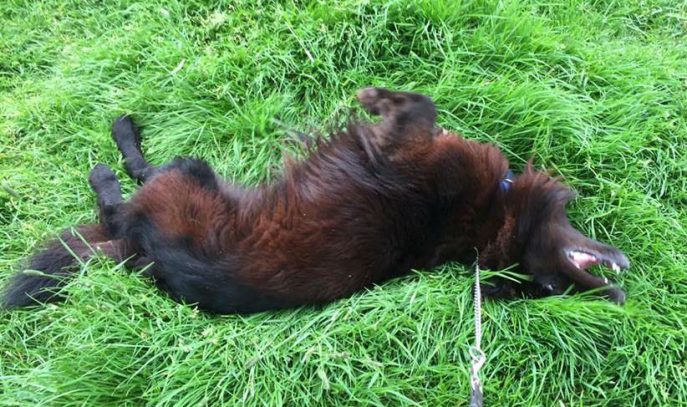 Onyx came to us from a pound in London. He had been left tied to a lamp post and was in a bad way being underweight and having a skin problem on his back. We believe he was about 2 years old.He is not a pure Shepherd.

Onyx was entire but now neutered. He is now microchipped and vaccinated, and his skin has cleared up and his coat grown back nicely.

Onyx was very nervous when he first came in but did learn to trust the staff at the kennels and got a twinkle back in his eyes. He does have an issue if grabbed by the collar, he will turn and snap, probably because of being tied up, but this has been worked with. He also has a stubborn side once settled in a home, and when told off, he will stand up to you and snap back. This has been worked on by a foster home but he was continually trying to escape. He is now back in his original foster home where he is mixing well with all the other dogs again, pushes his luck but knows better, but will still try it on with someone new.

This naughty young lad needs a very experienced home to help him continue to realise he cannot and is not in charge of everything. He is fine with other dogs if they stand up for themselves but he will bully the weak. Onyx is not for the faint hearted but having had so much work put into him we felt he deserved another chance to try and find a home of his own. Are you up for the Onyx challenge?

Onyx has now crossed over to Rainbow Bridge where he will be free to run and play.