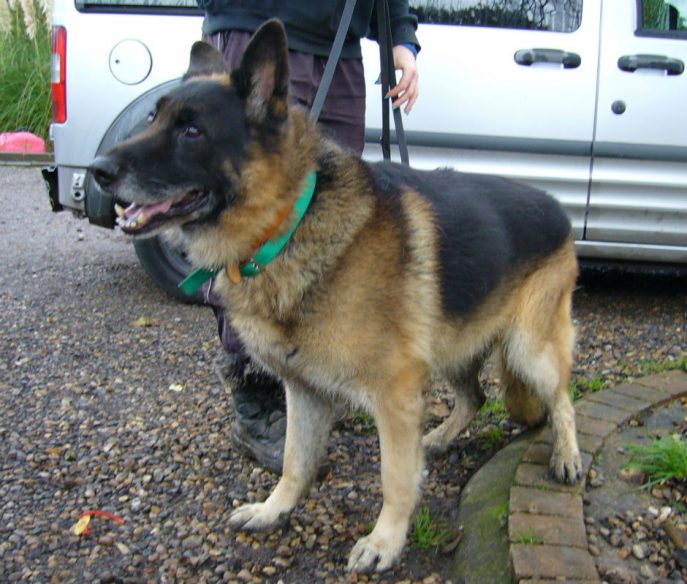 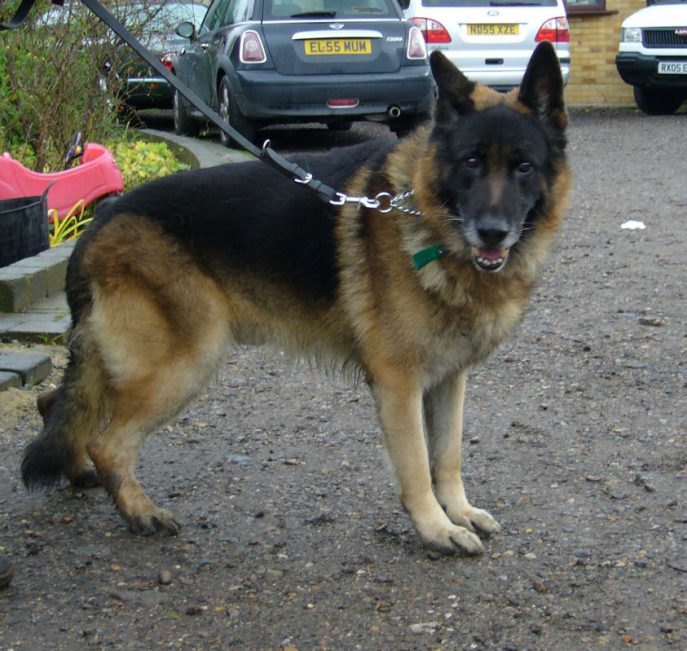 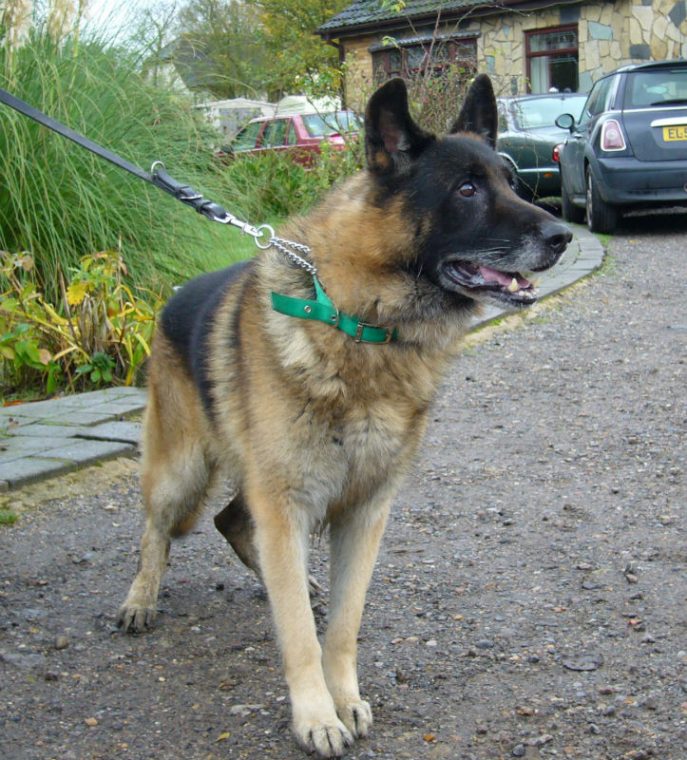 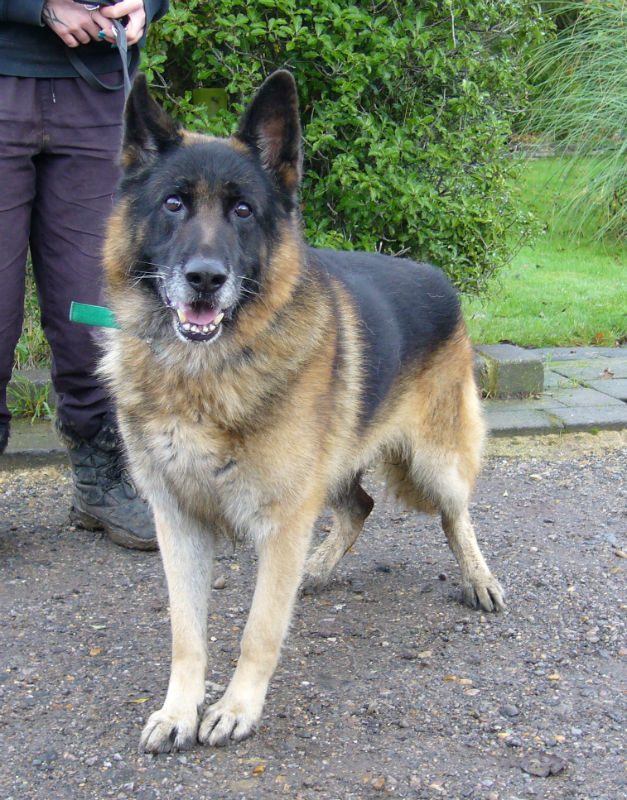 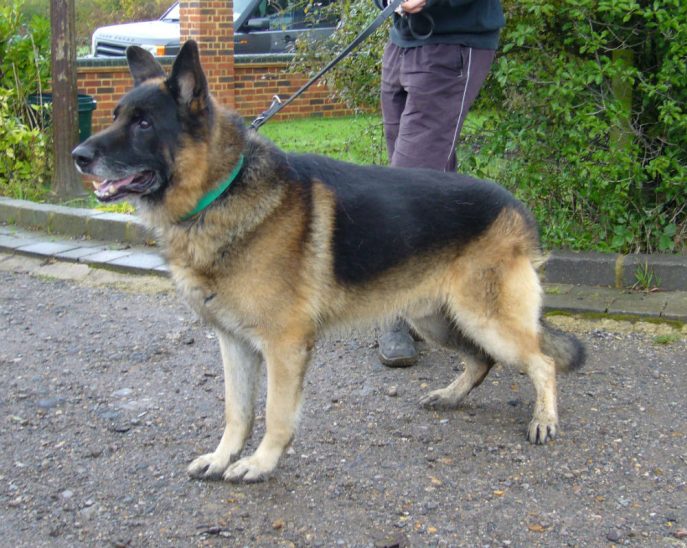 What about this lovely lad? Sam is 8 years old. Currently entire but microchipped and vaccinations have been started.

Sam came into us from another rescue where he was so stressed in kennels he was not even assessed.  We are told he was with his owner from a pup and was used to living with children who are now teenagers but was used to visiting grandchildren of 1-5. We would not rehome with young children however because of his age.

Sam was especially bonded with his dad but was fine with all people he knew and was used to going to the groomers every 6 weeks.  Sam we are told can grumble at women whether he knows them or not but we have seen absolutely no sign of this so wonder if it was just a jealousy thing with his dad.

Loves a game of retrieve! He has good basic commands. Can be apprehensive of smaller dogs as was attacked by a JRT but did not retaliate. Generally loves to play with other large dogs. Unknown with cats.

Only came into rescue as his owner had to move into rental which would not accept dogs.

Poor Sam had only been with us a few weeks and was being the perfect gent in kennels when he was found dead one morning with suspected bloat. Life can be so unfair!