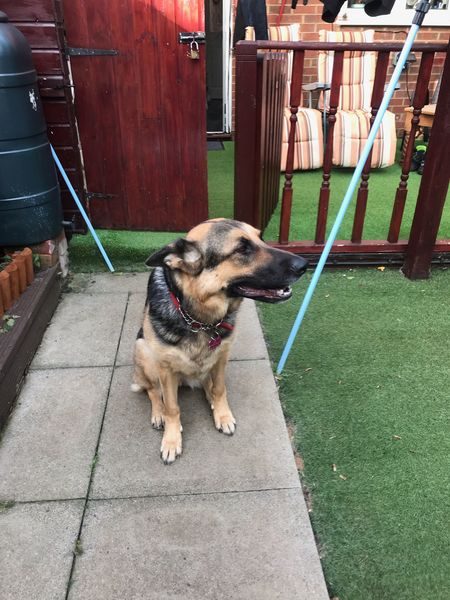 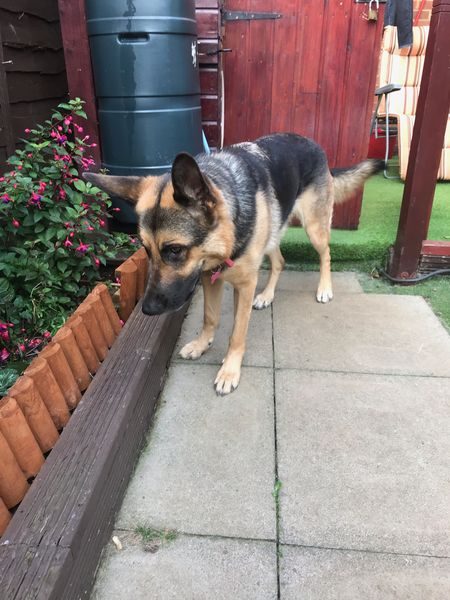 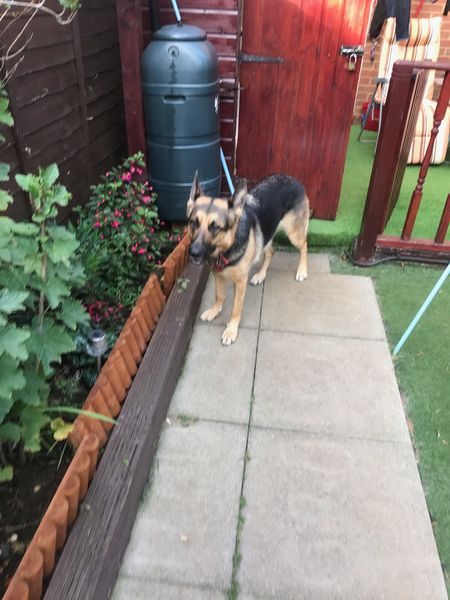 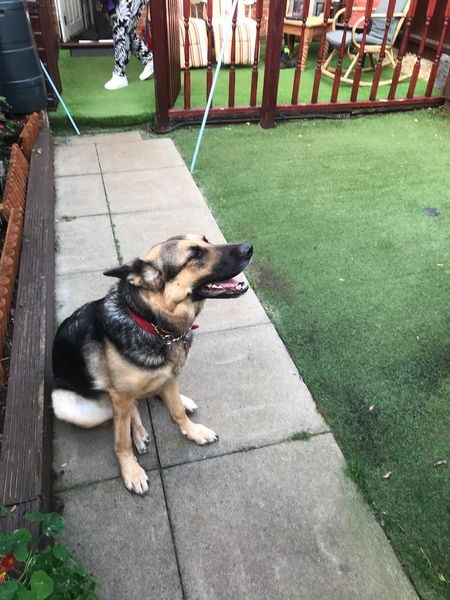 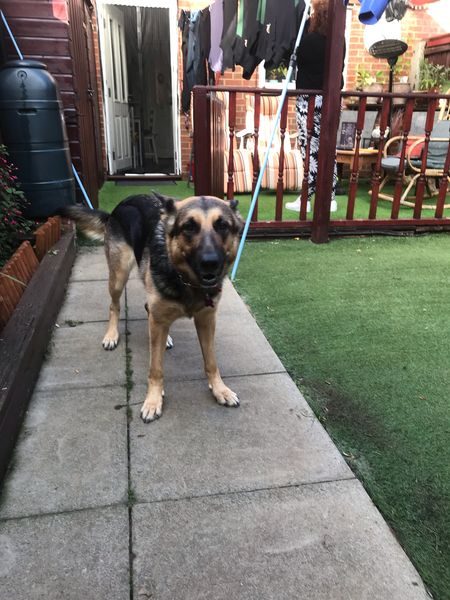 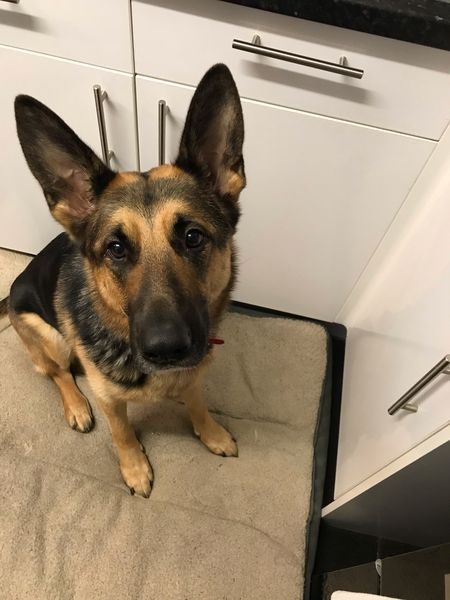 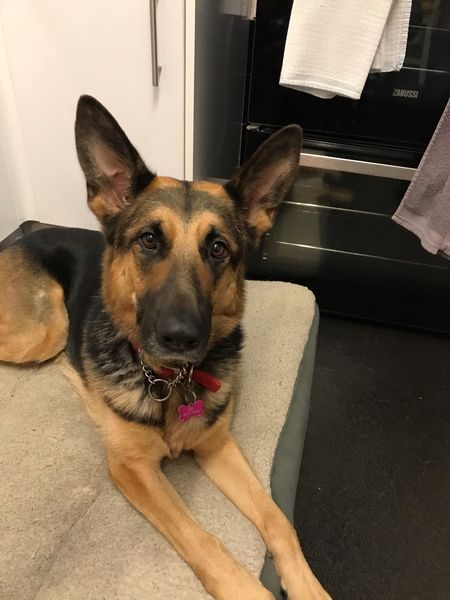 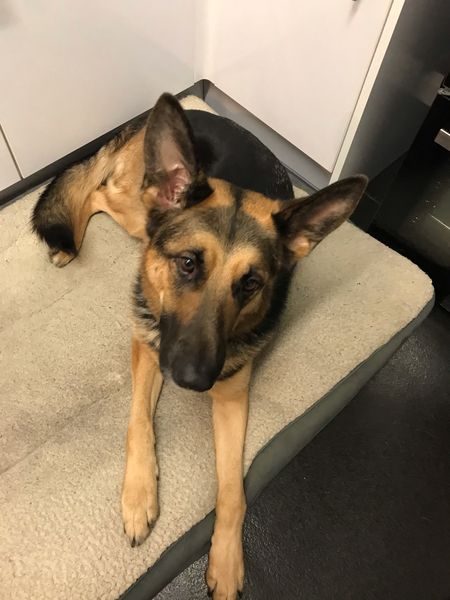 Sasha is available for adoption through GSRE – this is what her current owners say about her.

Sasha is a 3 and a half year old female, black and tan German Shepherd with mid length hair. She is neutered and micro-chipped but not currently vaccinated, wormed or flea treated. She has no known food allergies and no disclosed medical issues. Sasha has been in her current home for around three years having been given to them from a friend at the age of six months.

Sasha is being rehomed as her current owners are unable to walk her. They state that Sasha has high energy levels and can no longer meet her needs.
The present owners say it is unknown if Sasha is good with children but she is not good with other dogs, she will bark and lunge when she sees them. She is not good with cats and it is not known how she would react to livestock.
Sasha is housetrained and usually kept in the kitchen in her current home. She is being left alone for around 6 to 8 hours with no destructive behaviours and she travels well in a car.

Sasha is described as being good with people coming to the house, such as visitors, deliveries, postman etc. but will bark at people walking past the house outside. She pulls on the lead and will react to dogs, cats and cars. It is not known if she has a recall as she is walked on-lead but Sasha does know sit, down and wait as her basic commands.

Sasha has not shown any aggression over food and toys and is described at being fine during visits to the vet. She is also described as being better with men than women.

During the time the GSRE assessor spent with Sasha, this is what they said about her.
The assessor found Sasha to be a lovely and friendly girl but was prone to jumping up, possibly due to limited stimulation and exercise. She seemed to have a lot of energy without a way of burning it off. Whilst walking Sasha, they found her to be lovely on-lead, walking nicely wearing a dogmatic. They walked past a dog and although Sasha was described as fixated, she showed no reactivity beyond that and was happy to take a treat from the assessor.

The assessor summarised Sasha as a girl that will flourish with a confident and experienced handler that can give her an avenue to spend her energy. It is possible that Sasha’s behaviour may be appearing more reactive than she actually is due to the limited stimulation and exercise that she is currently receiving.