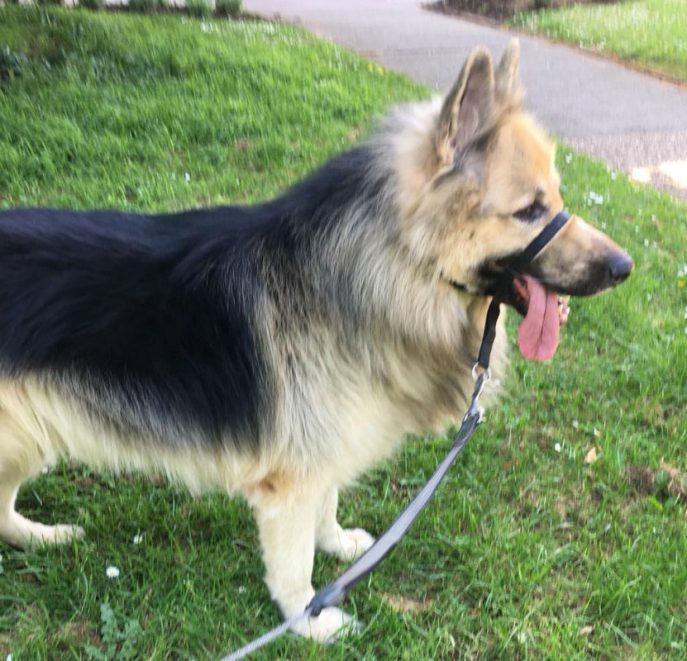 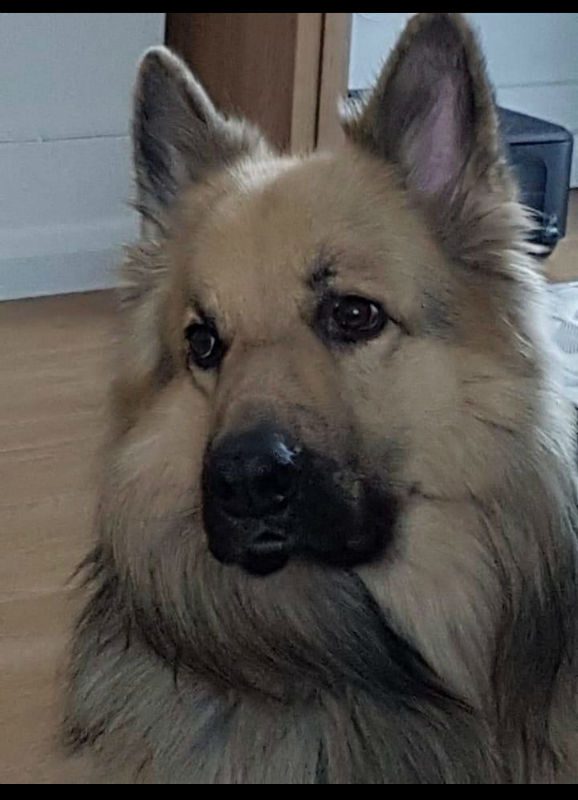 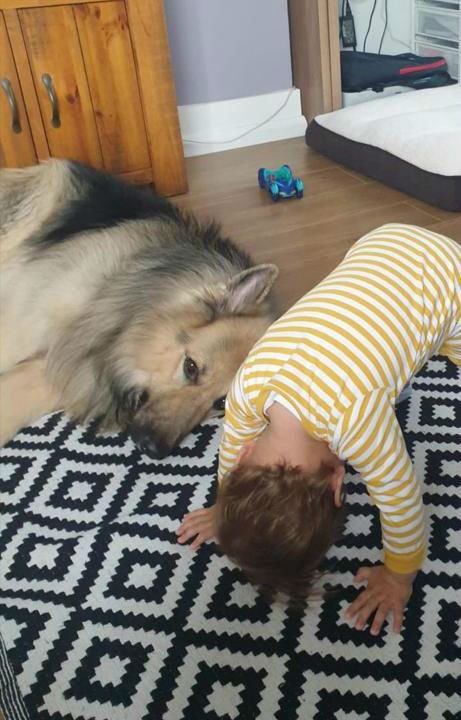 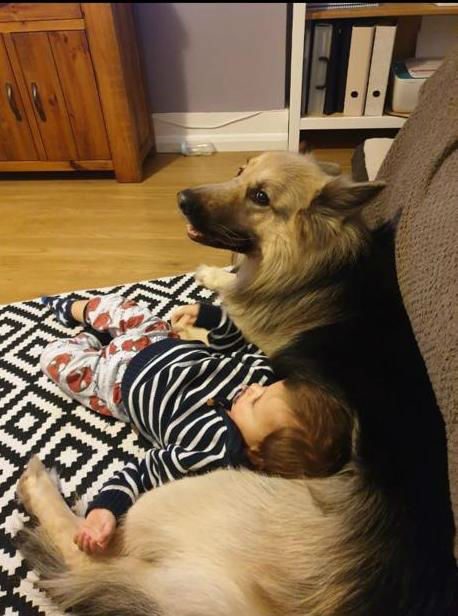 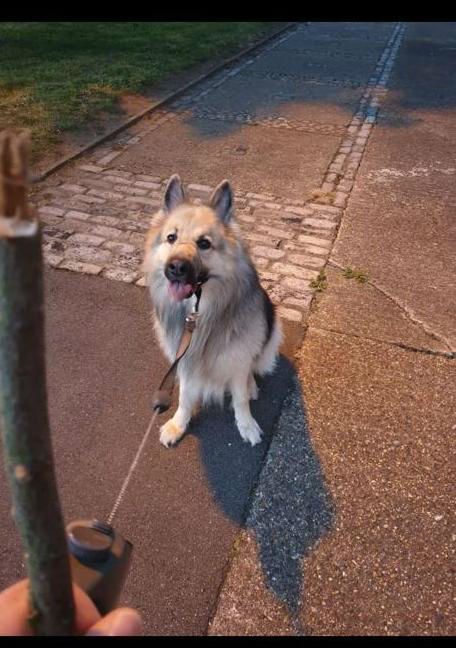 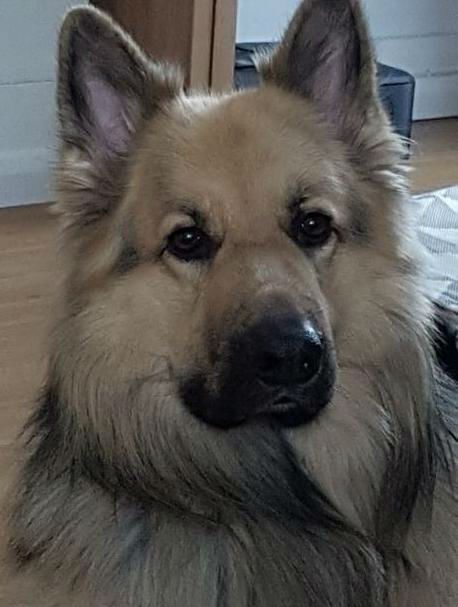 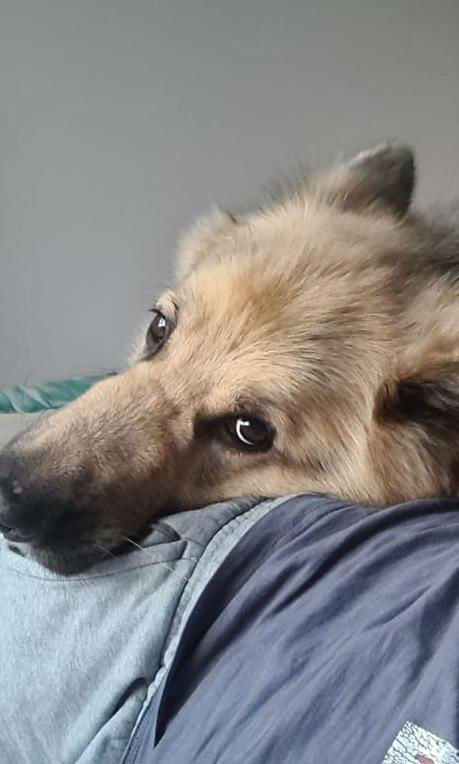 Sid is 8 years young. He is microchipped but vaccinations are out of date and he is still entire. He has been in his home since a pup and has grown up with young children, however can be quite boisterous even at his age. He barks and pulls towards other dogs but really not had much socialisation so would need to be the only dog in the home. A no to cats. Being rehomed as due to family circumstances he is being left long hours and not getting the time he deserves. This is what our volunteer had to say about him:

“Both work full time, and with two small children, they are unable to devote sufficient time to Sid and have reluctantly decided he would be better off with someone who could spend more time with him. At the moment Sid is being left for long periods (up to 8 hours a day) and although getting some exercise, by the owner’s admission it’s insufficient. He doesn’t chew or bark when left.

He is a large handsome dog (at a guess some 40/45Kgs), a little overweight, but not hugely. He has a long black and sable coat, and is entire. He appears in good health, the owner said he doesn’t have any health issues.  I took him for a walk, using his head collar and he walks well, with no real pulling.  We passed a few people and there was no reaction. We didn’t see any dogs, so I can’t comment on his reaction to them.  The owner said if Sid sees another dog he barks and pulls towards them.

When I knocked at the front door, Sid barked,  he was shut in a room and I was asked to sit down.  Sid came flying into the room, running towards me, barking and leaping about. He remained quite lively until we returned from our walk. It was excitement, and there was no aggression. Sid like his toys, but didn’t appear to be treat orientated. Meeting Sid in the flat for the first time isn’t for the faint hearted!  He kept chucking his toy at me, wanting me to throw it, he certainly didn’t behave like an 8 year old dog!  Interestingly, he was much calmer when we were out on our walk

Sid is not let off the lead when exercised, because he can be a little reactive if people come rushing up to him, which does happen because he looks big and fluffy.  He doesn’t have many commands and his recall is unreliable, especially if there is a distraction. Sid is not keen on the vets. Apparently, he had a bad experience at the vets when he was young. He barks whilst in the waiting area and is muzzled whilst in the consulting room.

Sid is a big fluffy boy, who loves attention and being with people.  Unfortunately, due to family circumstances, he’s left for long periods with little in the way of stimulation or exercise and it’s resulting in over excitement in the flat.”

Location:
Kent - IN HOME
Sex:
Male
Age:
DOB 11.11.13
Neutered:
No
Good with children:
Yes
Good with other dogs:
Unknown
Good with cats:
No