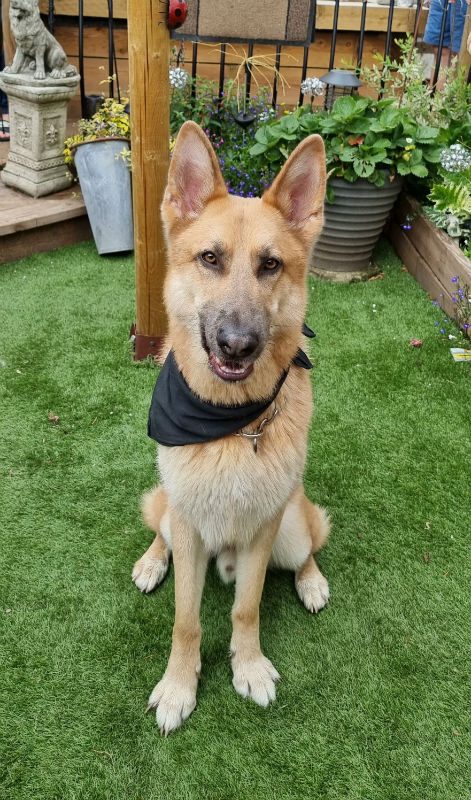 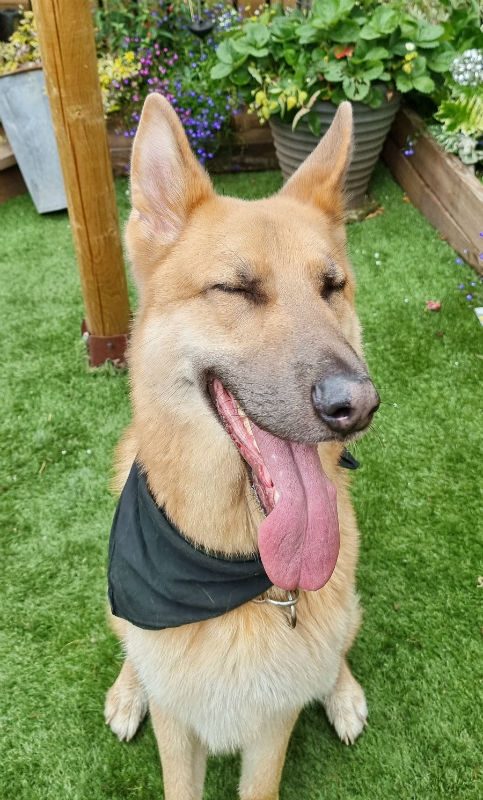 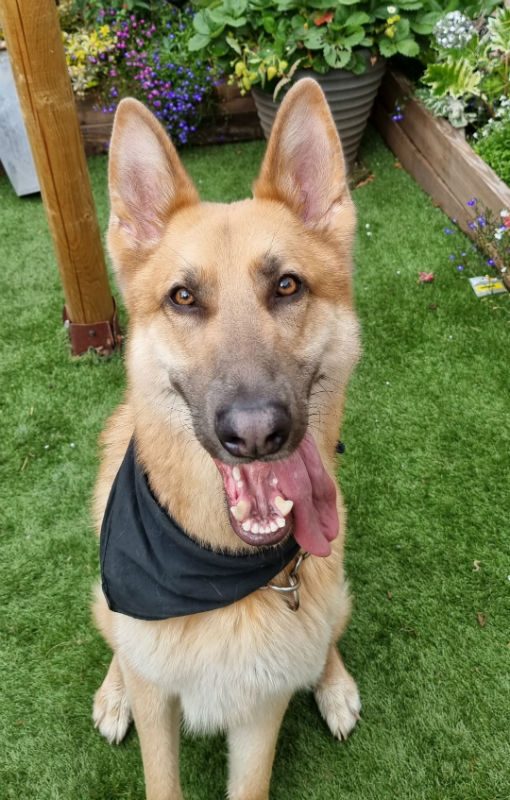 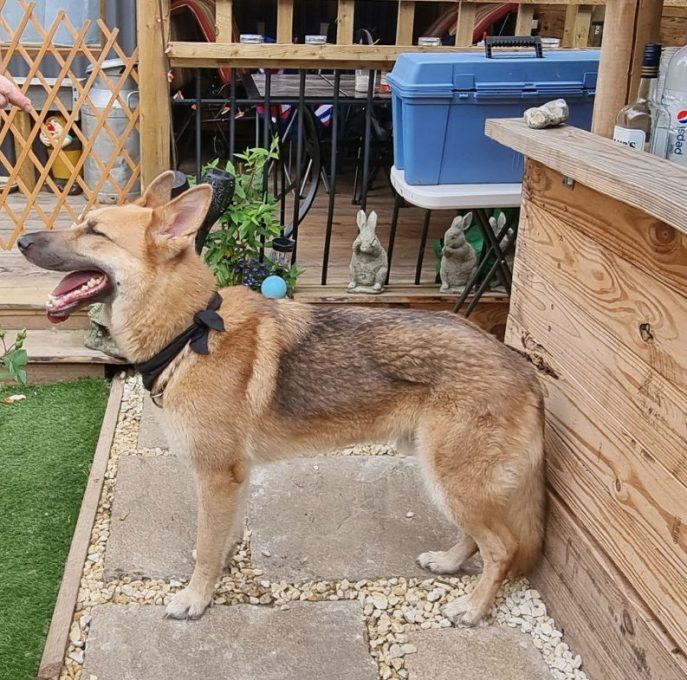 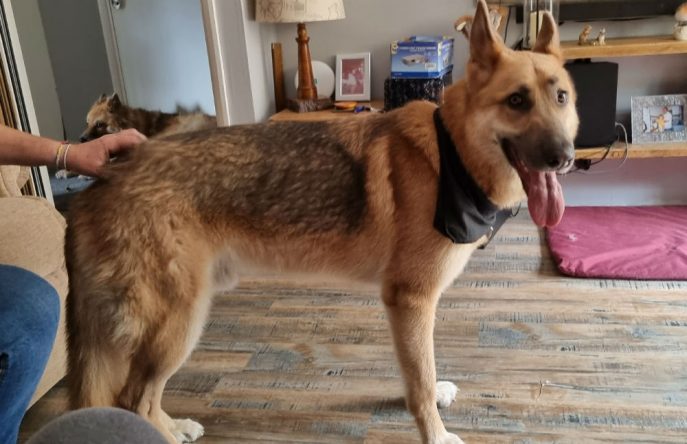 Sonny is just 3 years old. He is neutered, microchipped but his vaccinations have lapsed. Sonny has not really been around children so older children only. He does live with an older dog and is ok with large dogs but is not keen on small dogs and no cats.

This lad can pull on the lead, but not too much, has recall and basic commands. Toy and treat orientated and when our volunteer saw him, he was fine off lead focusing on his ball and ignoring some other dogs across the park. He doesn’t always like giving back his toy though. Currently on a raw diet.

Sonny travels well but is not overly keen on being groomed or being at the vets so an area to work on. Not a cuddly dog but likes attention on his terms and could maybe do with some leadership as the reason he is being rehomed is because of his protective nature. Recently he has become more protective of his owners and the elderly dog he lives with and has nipped a few people that have come too close to his home.

In a GSD experienced home where Sonny is not allowed to become the protector, this lad should excel. Could live with a female shep and may be beneficial for some guidance.

Sonny has been adopted.