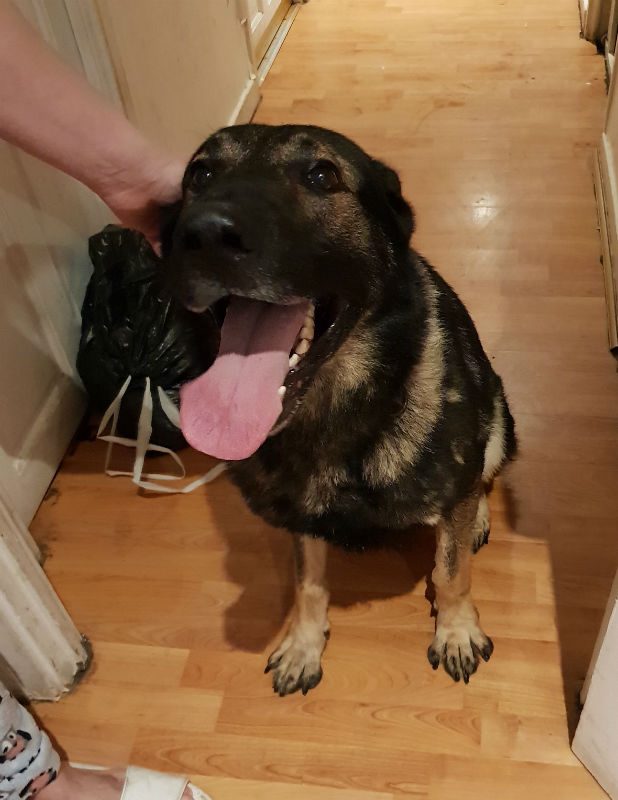 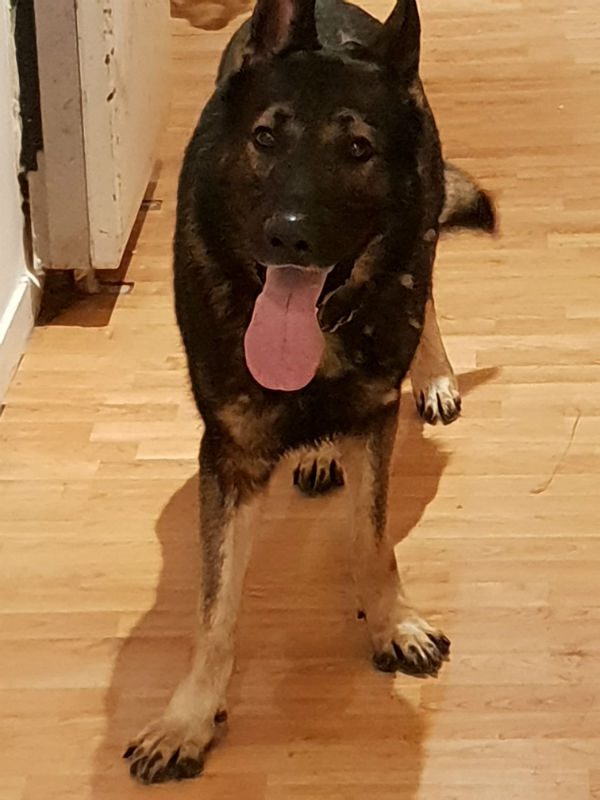 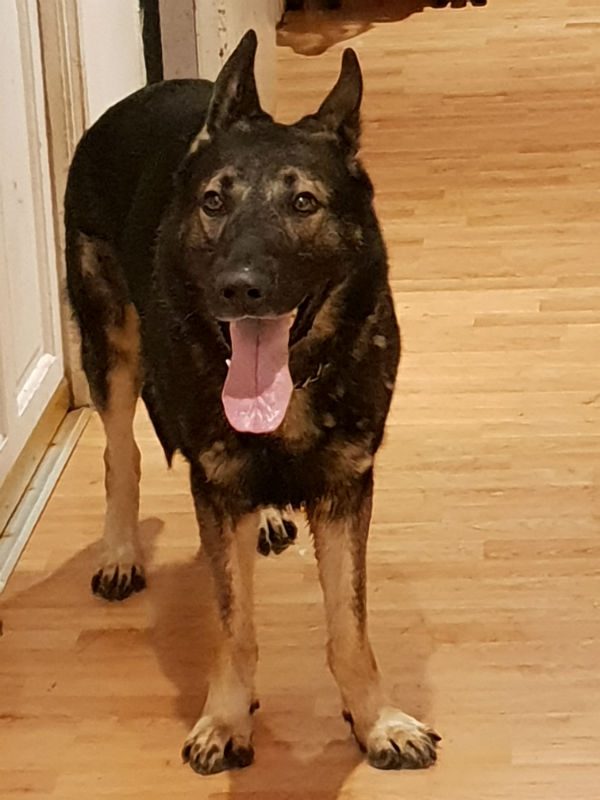 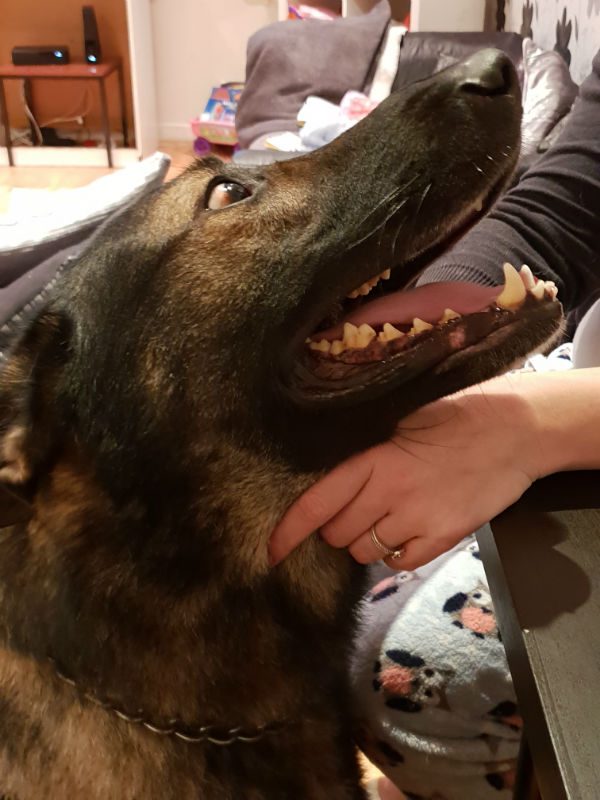 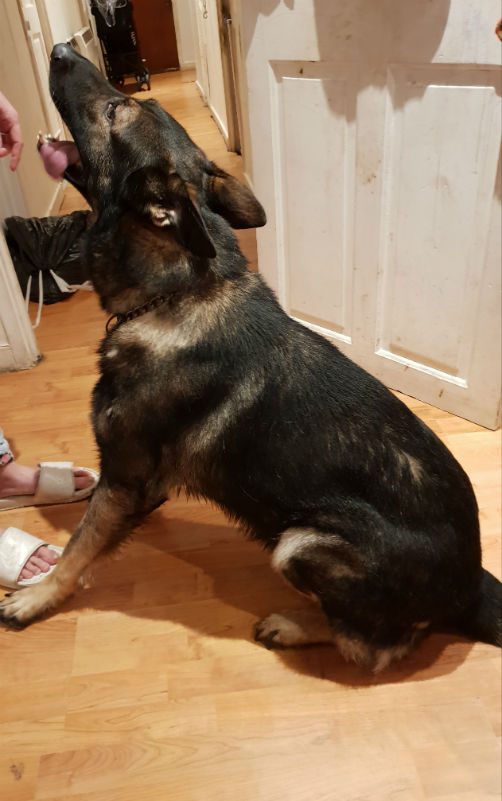 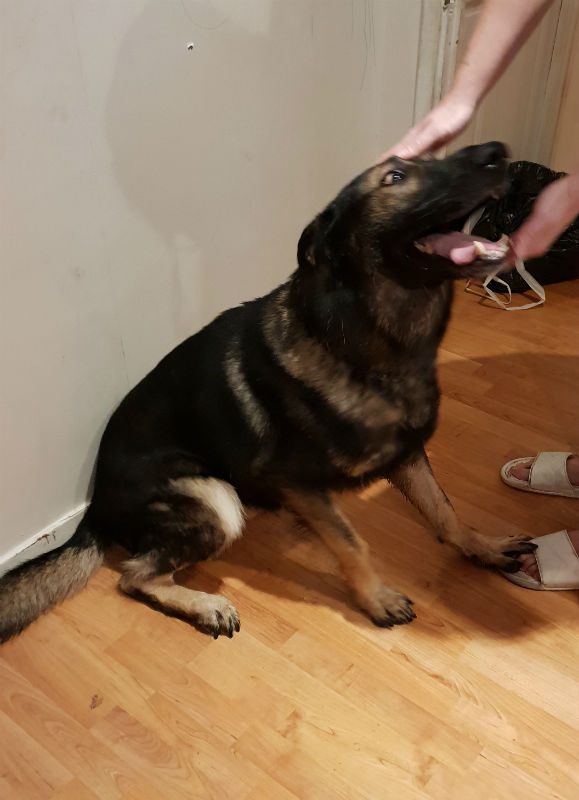 This lad is Stuffy (yes that really is his name) who is 6 years old. He is entire and his vaccinations are out of date but we are told he is microchipped.

Stuffy is good with children of all ages but can be selective with other dogs in a wary and defensive manner. A no to cats. He can be very noisy and excitable when you meet him but is very friendly. Used to being left half a day. He will pull and is very strong when you first take him out, so some lead training needed, but has quite good recall and basic commands. No issues over food or toys. Is muzzled at the vets as a precaution as he gets nervous.

This lad has been in the same home since a pup but is having to be rehomed as his dad works away from home and his mum is unable to walk him due to an injury.

This is what else our volunteer had to say about him:

“Fairly treat motivated, loves ham and cheese! Hates fireworks, wimpers and gets nervous and barks. Looks very healthy moulting (as they all are) and claws a little long.

Needs a firm hand and to know who is boss. Very energetic (probably due to current lack of exercise) and could do with more training, but overall fairly well behaved but does jump up a lot out of excitement.”

Are you able to give Stuffy a home?

Stuffy has been rehomed by his owner.