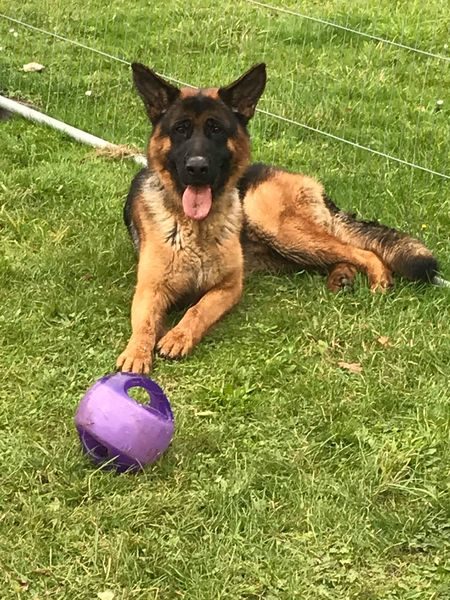 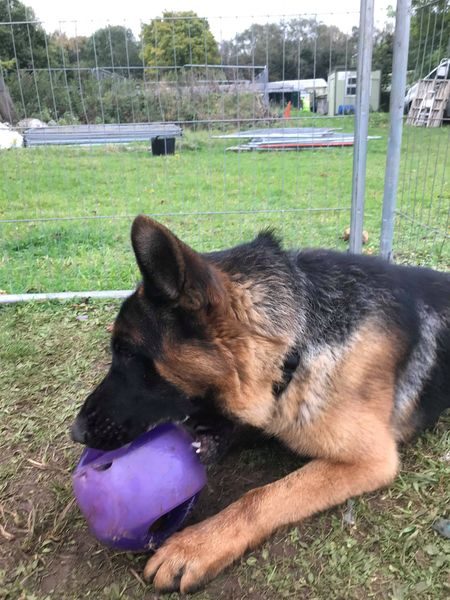 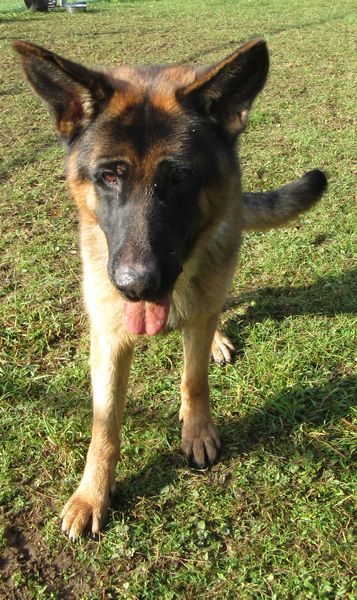 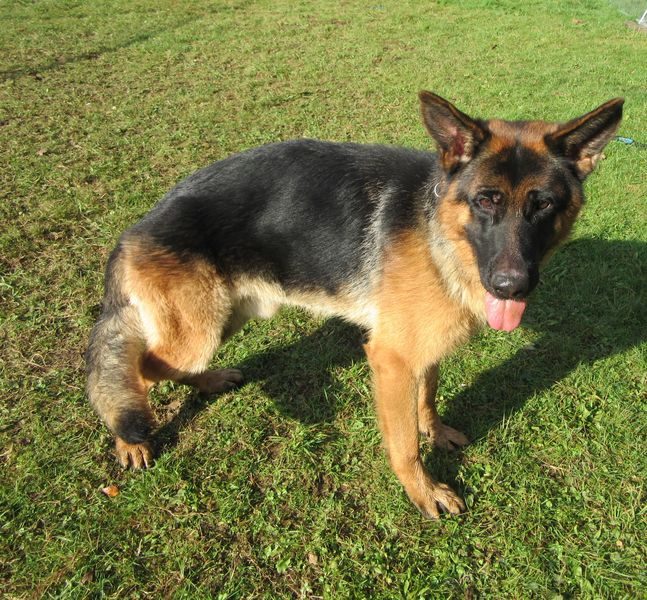 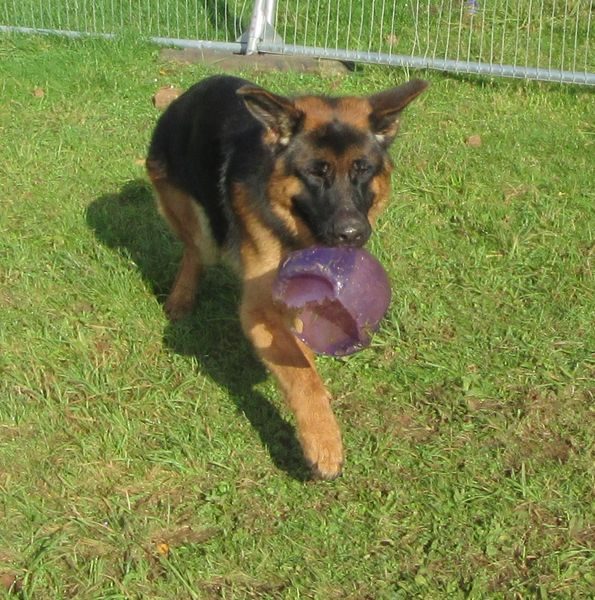 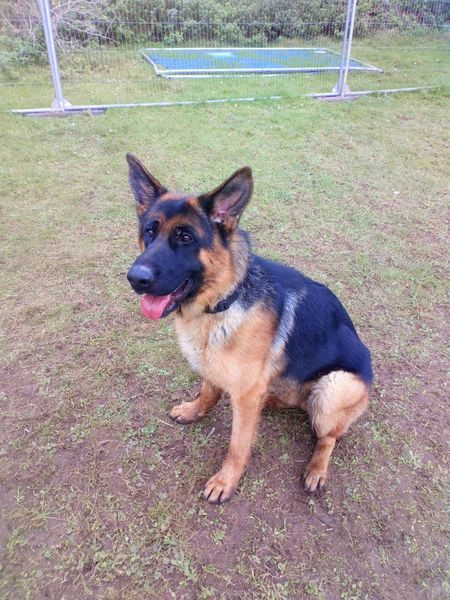 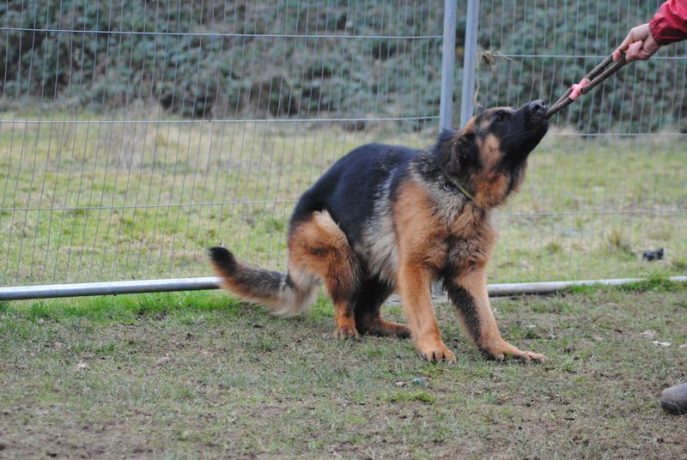 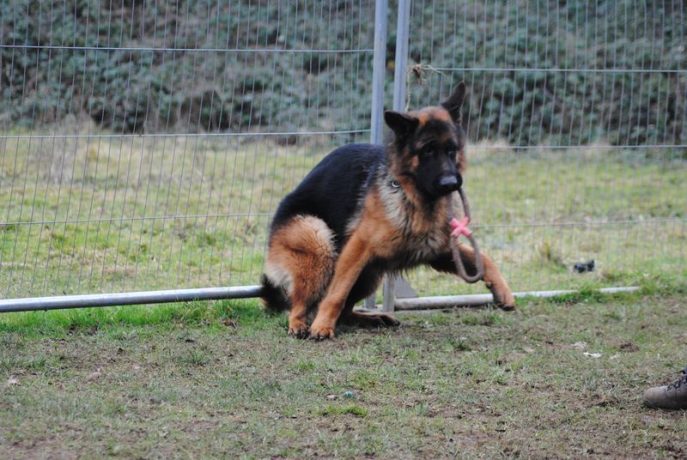 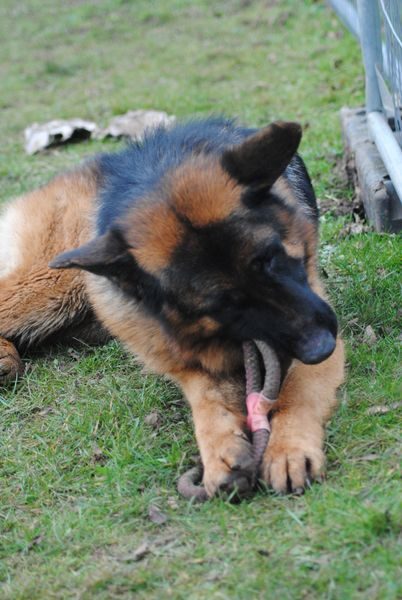 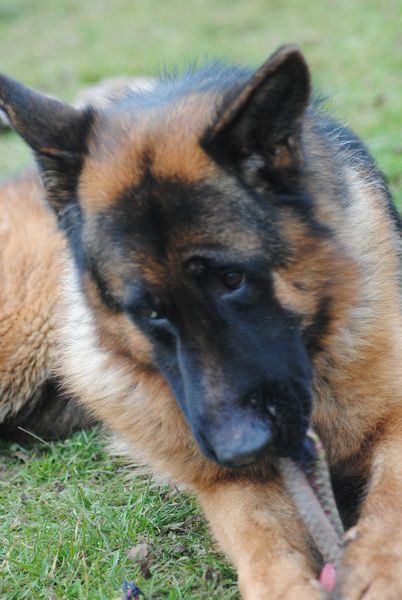 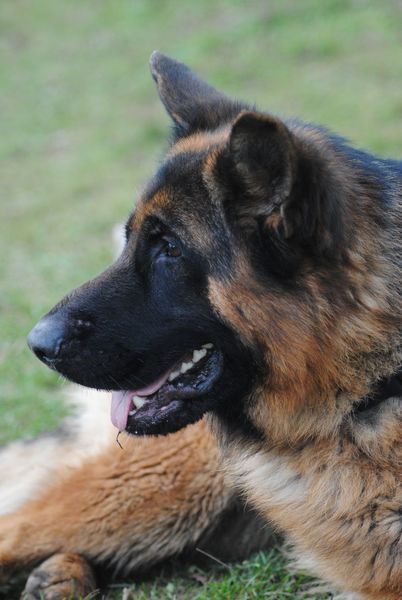 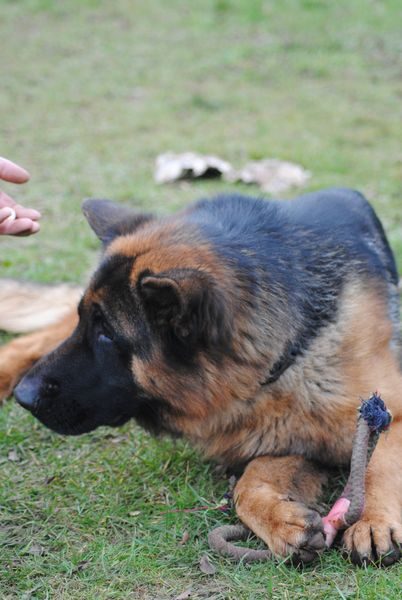 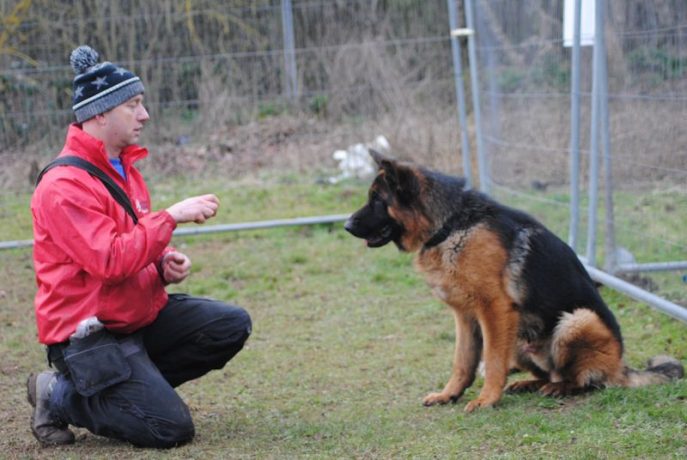 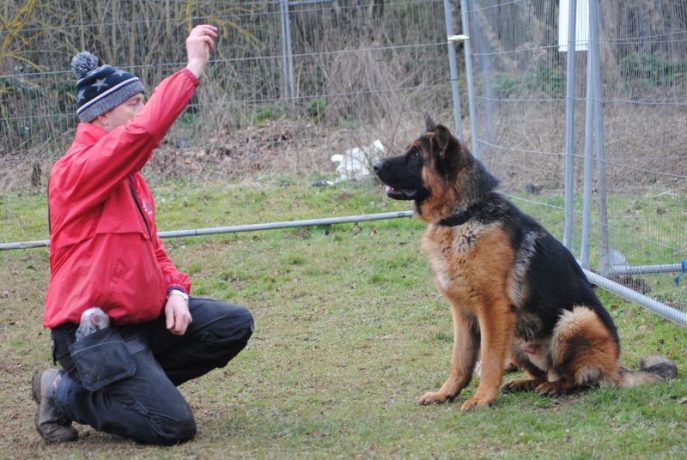 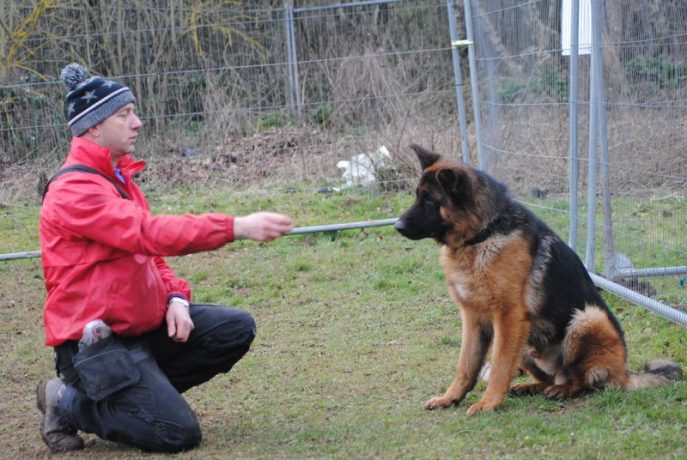 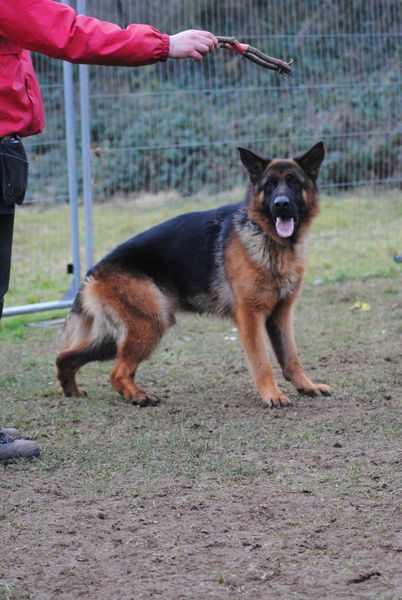 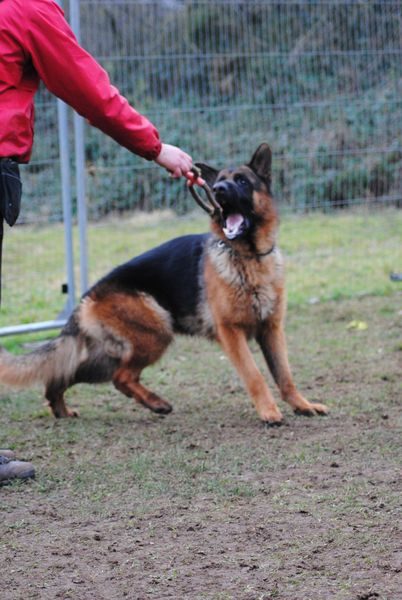 Tommy is around a year old and still entire. He has a very playful nature and loves toys of any sort.

When Tommy arrived into our care from a local stray pound he was very weak and low on his back legs, so low that the had scraped his testicles on the ground and they were now infected, a trip to the vets has now cleared that up. Since having regular exercise this has improved slightly and he does look to be more upright although his condition will need to be investigated further. Tommy has recently had some X-rays done on his hips and the findings were: some flattening femoral head on the right hip, left hip more shallow, nothing too damming that regular gentle exercise will only improve.

Tommy has been out on short walks and he’s seen other dogs, he has barked at them but nothing to really cause any concern, but he has not as yet been formally dog tested. We would say a no to cats and older teenagers only.

We have discovered that Tommy dislikes men, he has met 3 male volunteers up to now and has shown some aggression, we are working on this as we believe the issue is fear. Tommy has met lots of female volunteers and he’s been great with every one of them.

This young man has had a very poor start to his young life but we aim to change all this for him.

We know that this will most likely not be a quick fix but we will keep building his confidence and one day his forever home will come a long, some just take longer than others.

Tommy has been adopted.