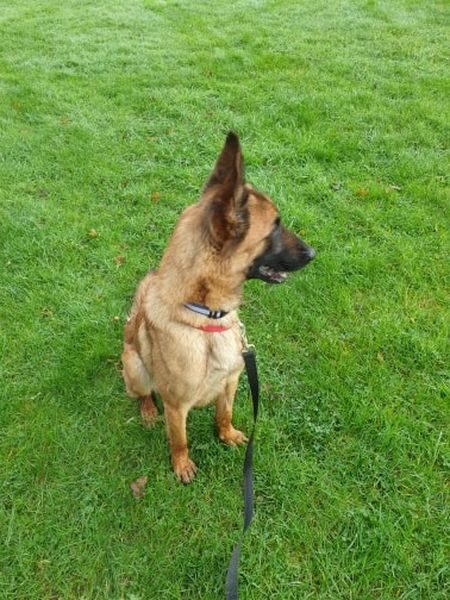 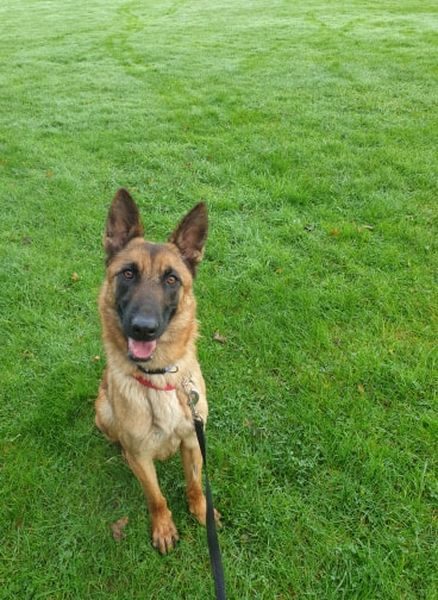 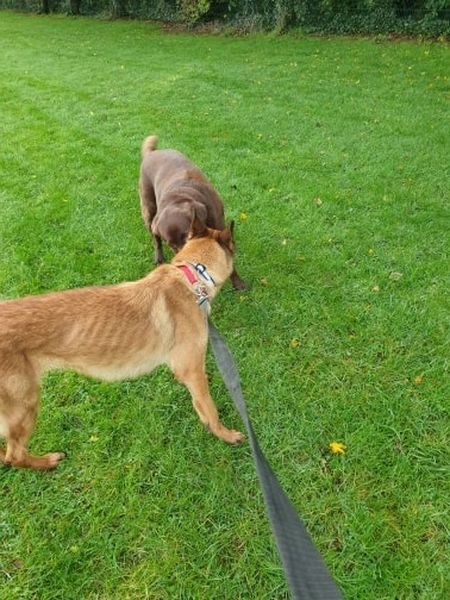 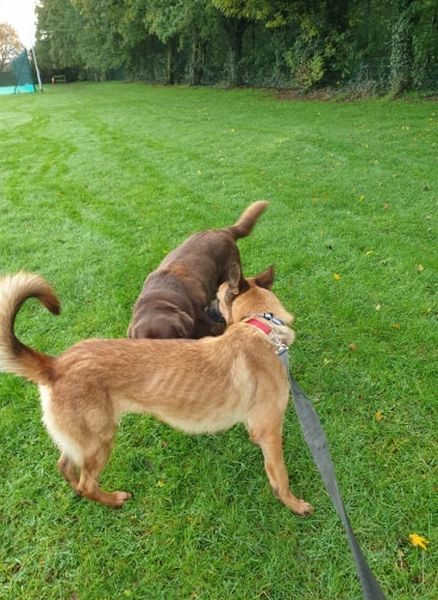 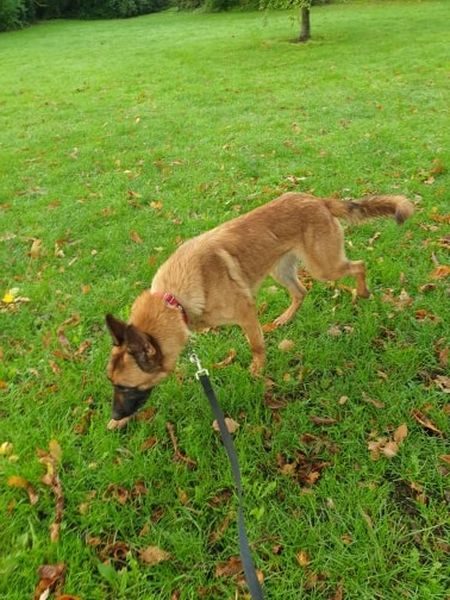 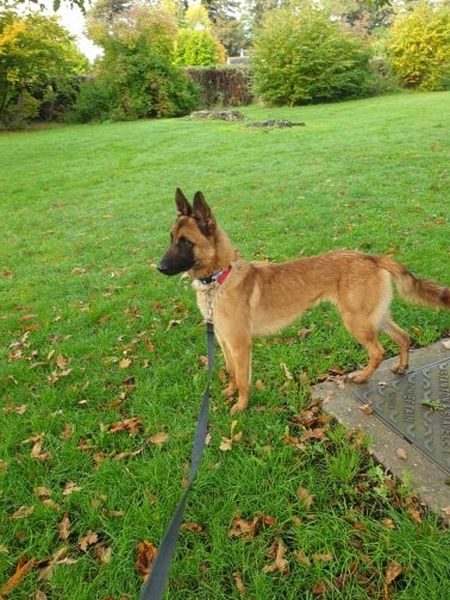 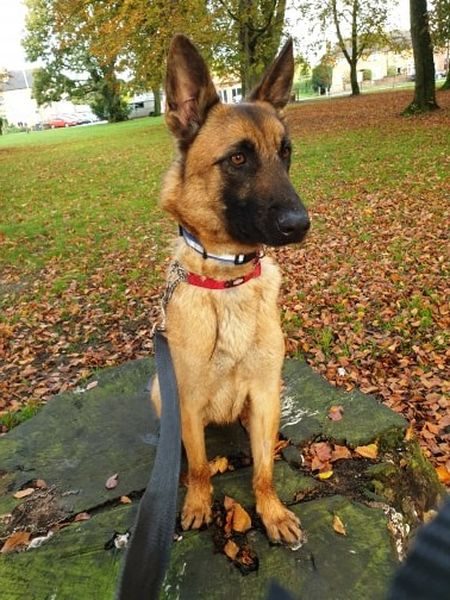 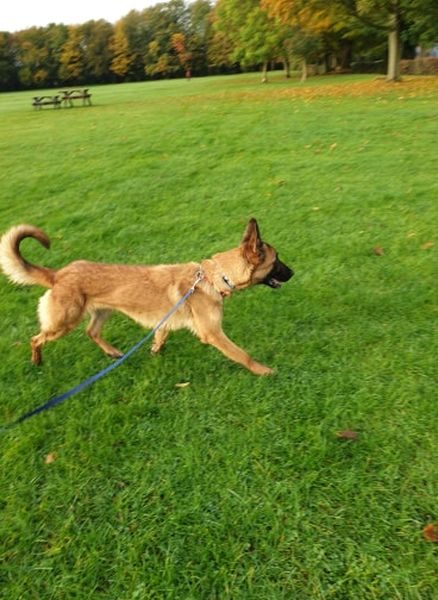 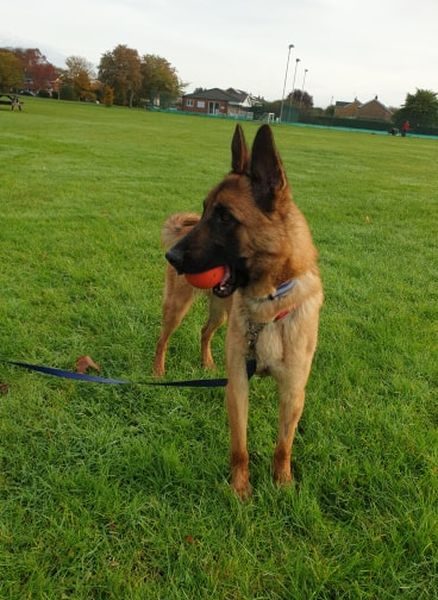 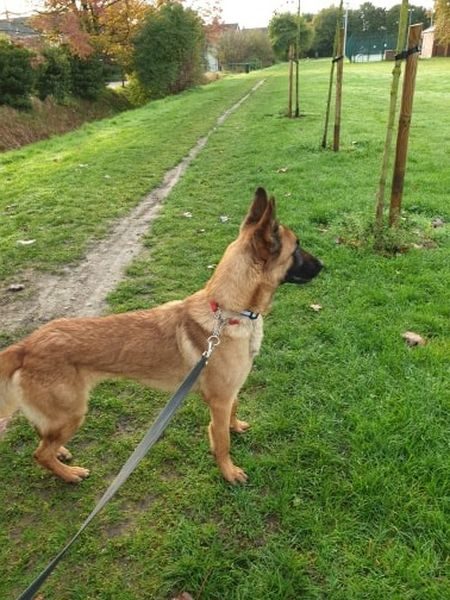 Twiggy came to us via one of the pounds we work with and this is what Peter one of our vollies had to say about her:

Twiggy is an underweight young girl, about 3yrs who came to us having just been spayed by the pound. Prior to spaying she was flea and wormed and given a general check-up that revealed healing wounds probably caused by dog bites.

On taking Twiggy out, she willing jumped in the crate in my van and settled quietly whilst we travelled to the park. On arrival I found she will quite happily walk by a road ignoring traffic and cyclists but she does initially pull on the lead. She stayed calm when an off lead dog came running straight at her and only barked when it barked at her as it was taken away by its owner. She later met 3 more dogs and their owner whom, after correct introduction, she was fine with. We are told though, by the pound, that she can be selective with other dogs.

Once on a long line recall was attempted, after a few attempts and using treats as a reward, twiggy is food orientated and does need telling to take treat gently. After a few attempts with gentle tugs on the line, she eventually started to respond and come when called, she knows sit but not down or stay. Twiggy is quite happy to try to help herself to the treats in your pocket if she thinks you are not forthcoming enough. Twiggy was quite happy to play with the ball but would not give, however there was no objection when I took the ball from her.

Overall I found Twiggy to be a lovely girl who enjoys a fuss as well as treats and play. She picked up the come command quite quickly so should be relatively easy to train.

Since being in kennels we have found that she has inbuilt springs in her feet as has managed to clear the 6ft fence around her kennel very easily so any homes interested I hope your fences are high!!!

Twiggy has been adopted.