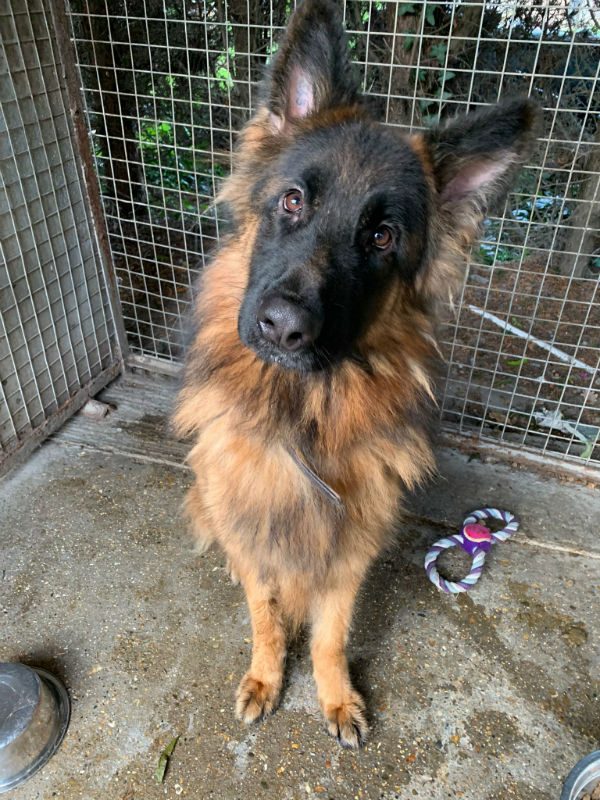 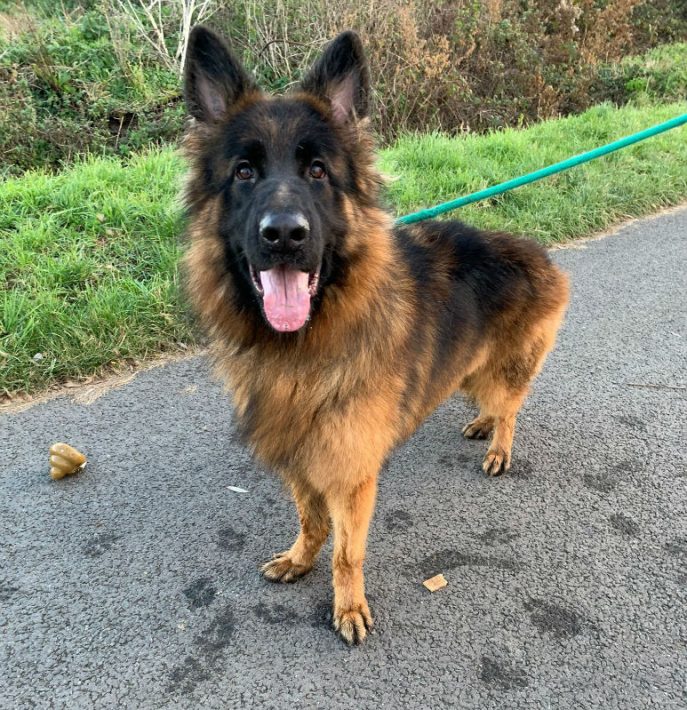 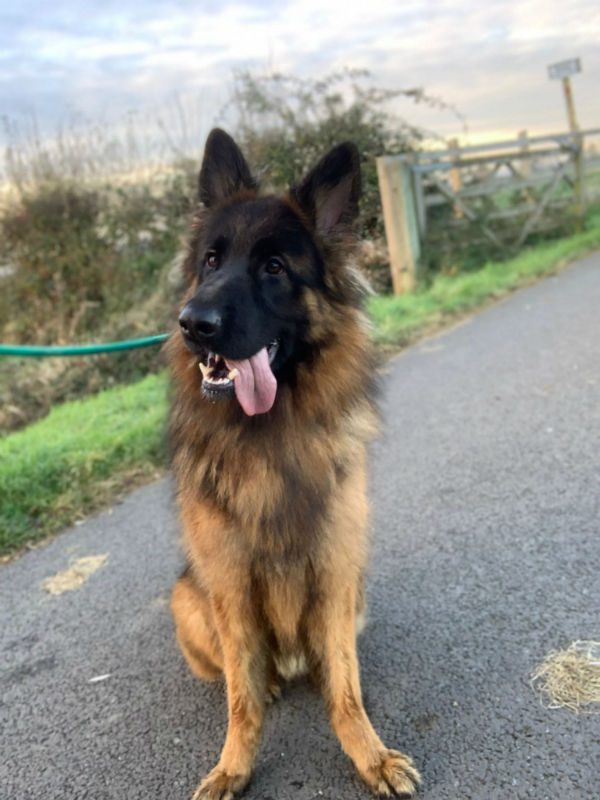 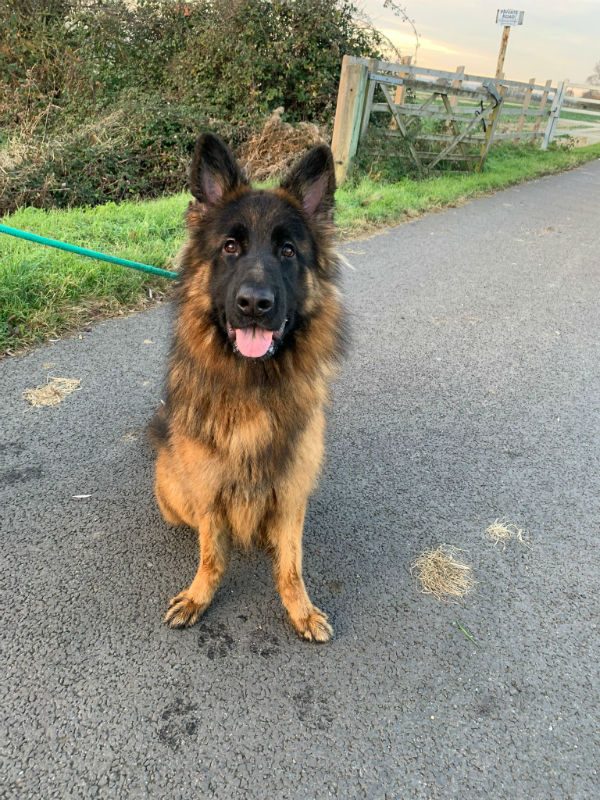 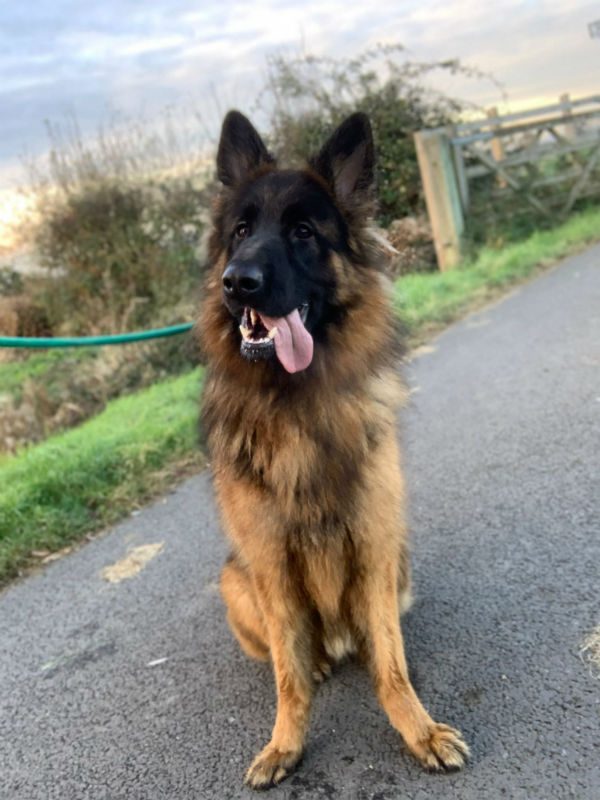 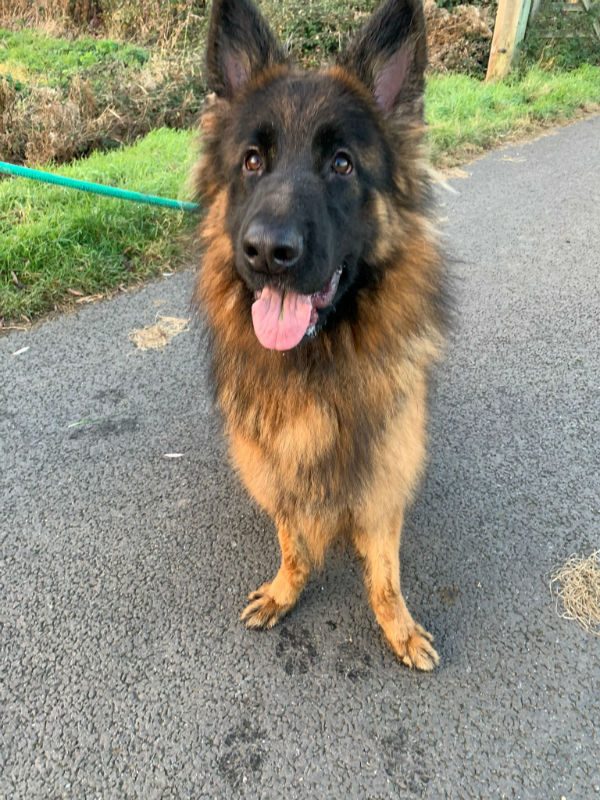 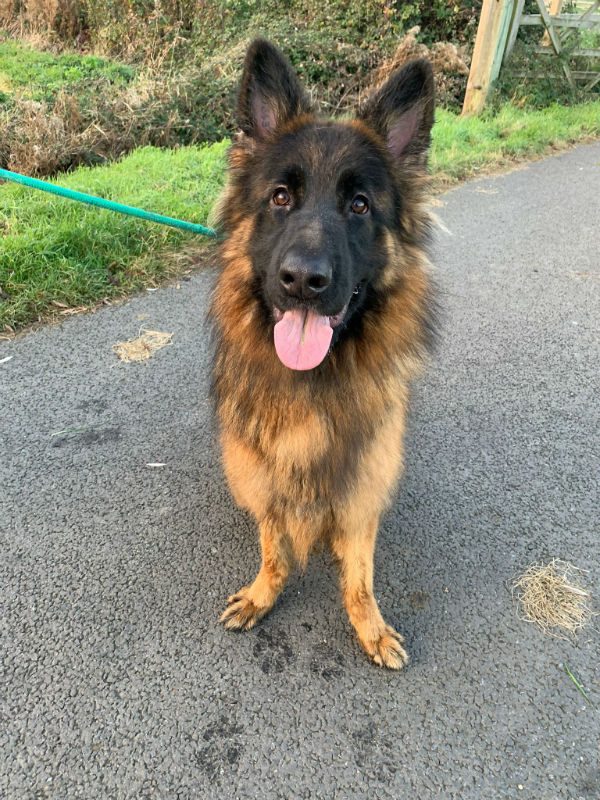 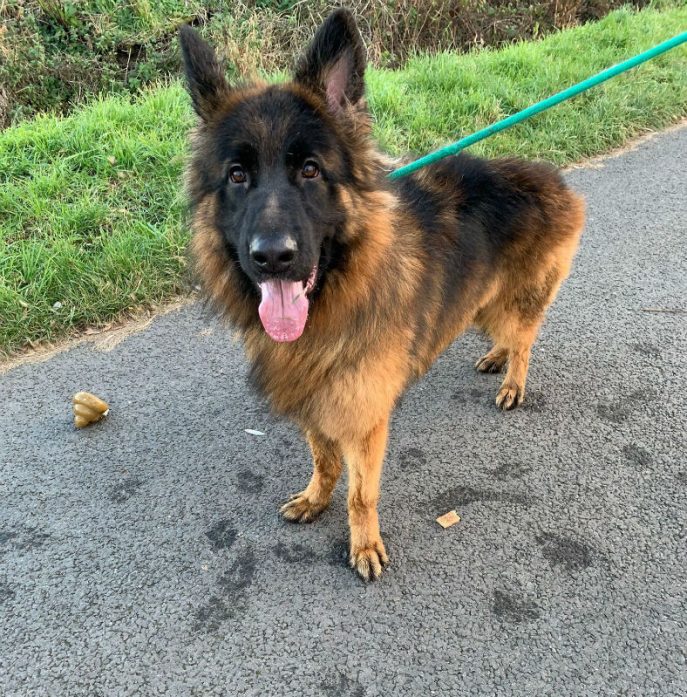 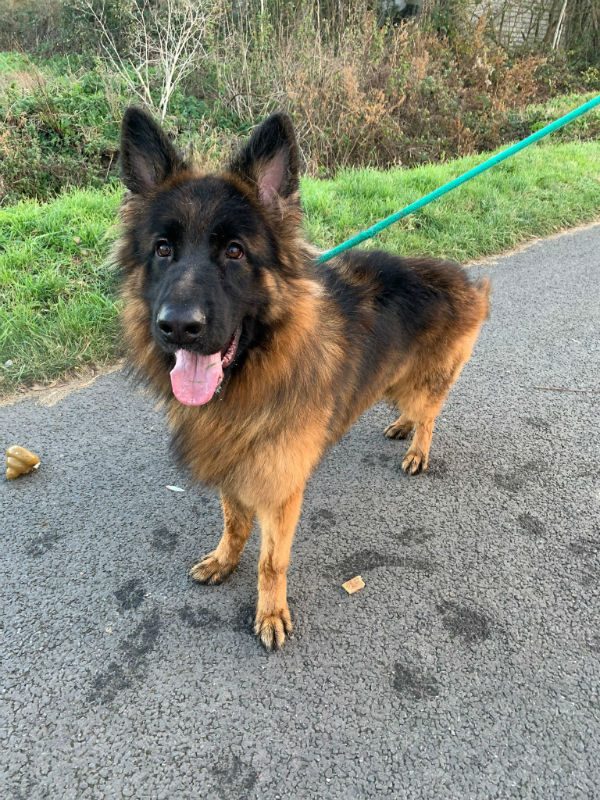 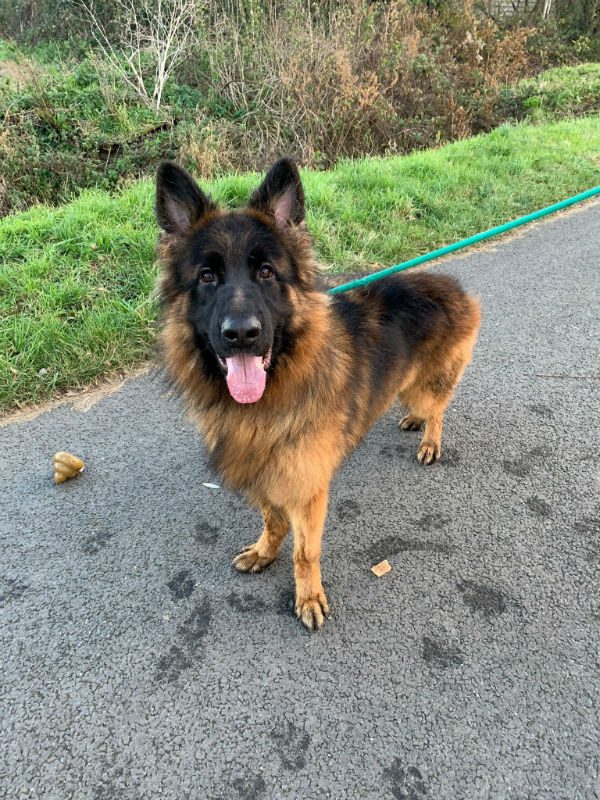 Wolf has been signed over to us having been seized by the police for a biting incident over a year ago. He is only 2 years old but has spent a year of that in kennels. Wolf needs to be neutered but is vaccinated, microchipped and tattooed. This is what we were told about him:

“He bit someone while playing. Someone was running up the path to his house and they screamed he thought it was a game. He has been excellent at the kennels and shown no aggression to anyone at all. He is absolutely lovely. When he came to the kennels he was a bit broken and didn’t know a bed or anything and was petrified. He has gained weight on Butchers. Hips are fine, seen vet once obviously. Full vac but not neutered.”

At our kennels he was given a bath and full groom the day after he arrived which he loved and they describe him as an overgrown bouncy pup. He is supposedly not good with other dogs but then he has missed out on a lot of socialisation and probably not seen much of the world outside either.

Having been told Wolf was entire, no trace of testicles so just to ensure he was not cryptorchid, he has also had a blood test to ensure no testosterone present!

Wolf loves people but hates little dogs. Larger dogs he is interested but would not trust him completely yet, and definitely better with females. Unsure of things like bikes and will try to chase joggers out of excitement. Does still do silly puppy nips when over excited, but then he has missed out on so much. He does listen to being told it is wrong. Recall still needs a lot of work

Wolf will need an experienced GSD home who can get this overgrown pup on track in terms of socialisation and training please.

Wolf has been adopted.