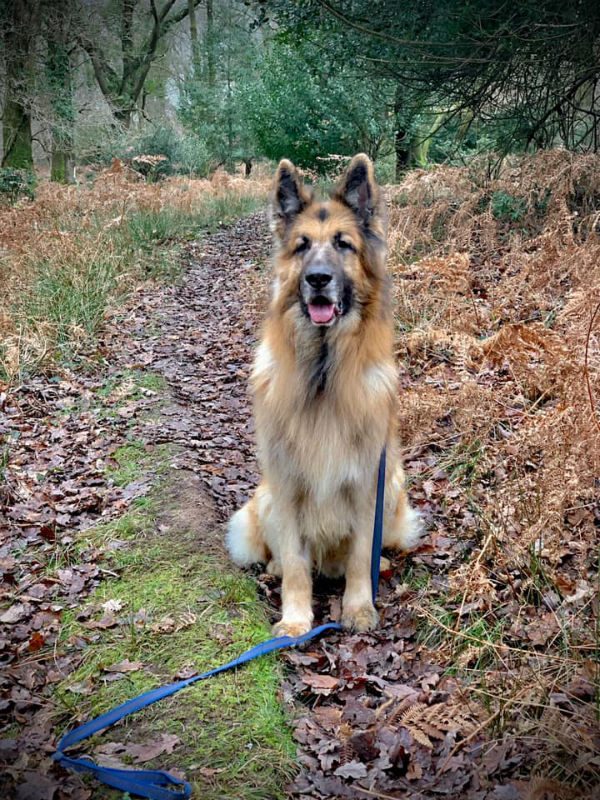 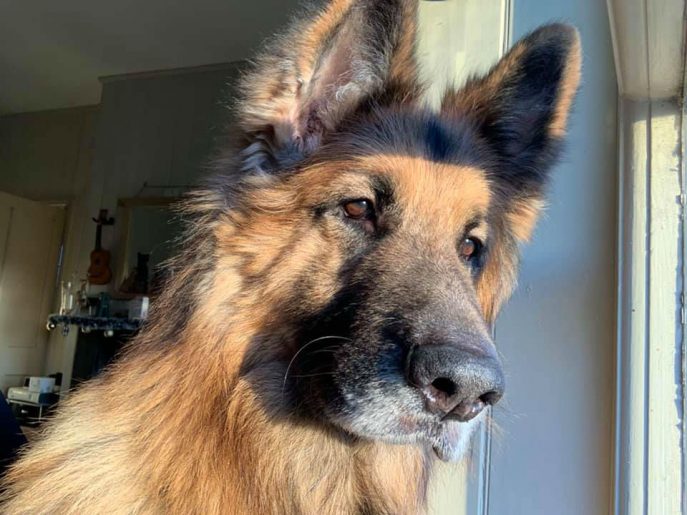 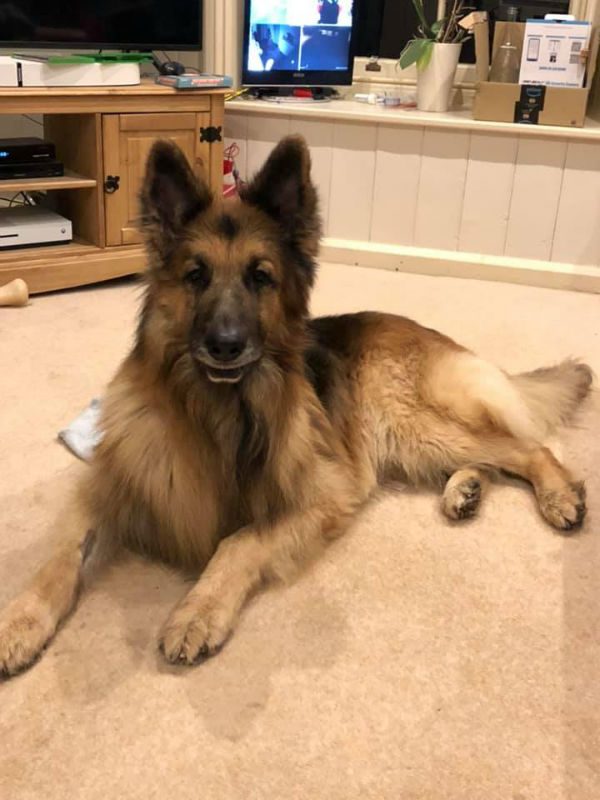 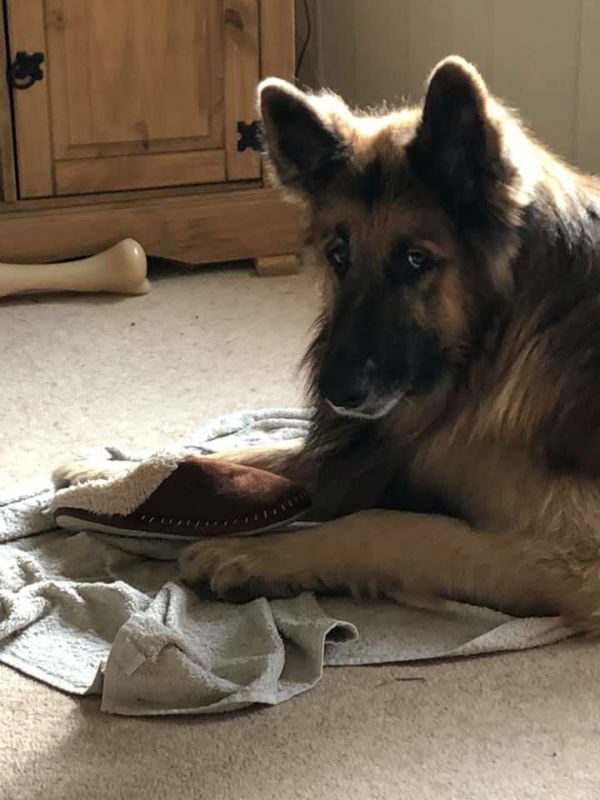 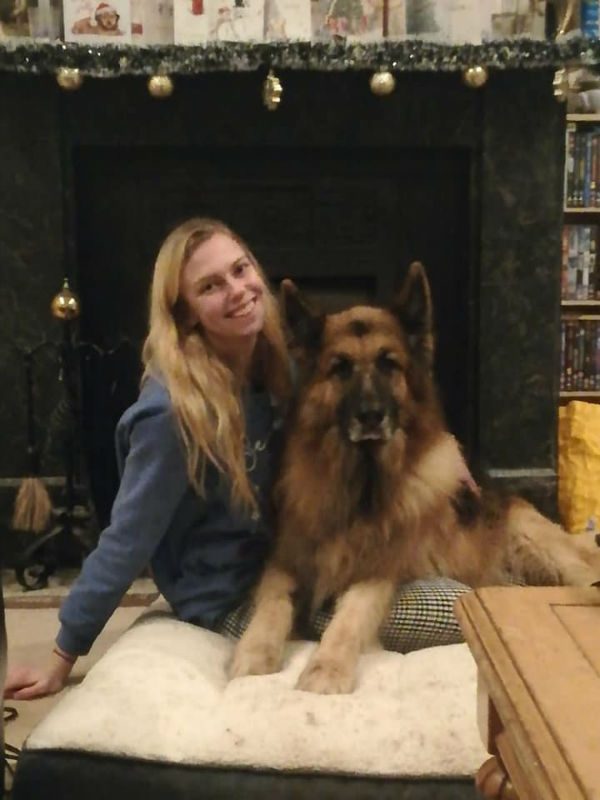 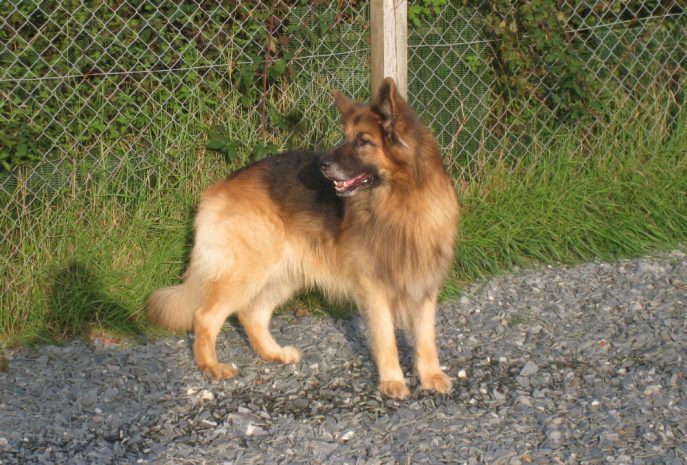 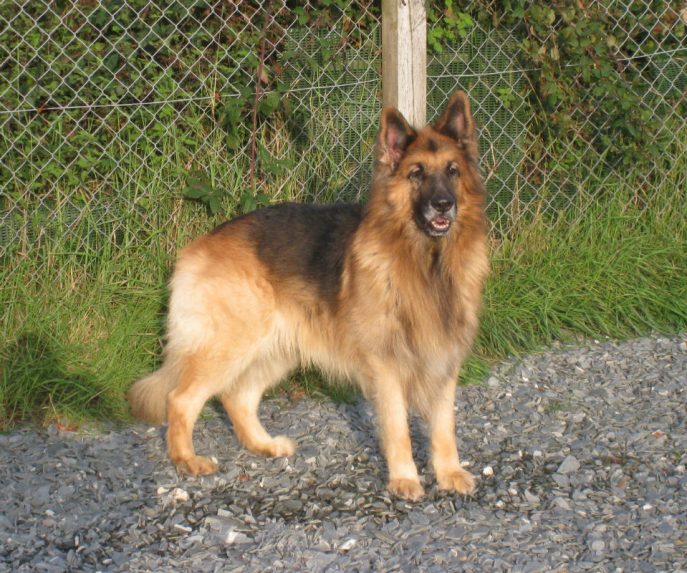 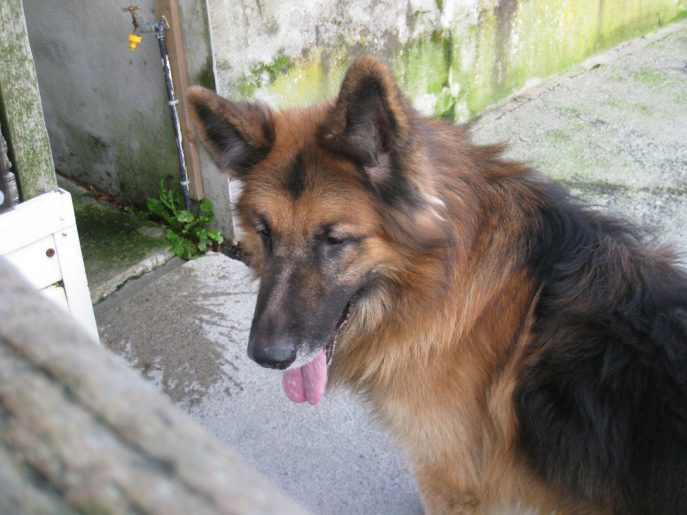 May I introduce Zauber. This handsome lad came in with Monty when we were contacted by Social Services for emergency help. Their elderly mum had collapsed and been taken to hospital. The dogs were in separate rooms when found, we don’t know why as both do not seem bothered by other dog. Sadly mum had stopped going out and the boys had probably not been walked for a very long time, and in fact Monty, the younger lad, did not even seem to know what a lead was. Mum has sadly died so the boys are up for adoption now.

Zauber is 7 years old. He is currently entire however he came in with an awful ear infection which was our priority. This is now clearing up nicely. He is also vaccinated and of course microchipped.

This is what the kennels have to say about him:

“THE VERY HANDSOME ZAUBER,  This is Monty’s house mate although from what we were told they were kept separated although don’t know why ,maybe when mum poorly was easier to cope.  They are separated since joining us . Zauber is much better than Monty, not too bad on lead and definitely calmer. Likes grooming. Came in with horrific ear infection but has been ever such a good boy with me cleaning everyday, vet and treatment. It’s now brill and we are keeping close eye on it. He will make a lovely calm companion, likes quiet and love and sweeties in left hand pocket is a must. Xx”

Zauber had a few weeks in foster and this is what foster mum had to say about him:

“We are fostering the absolutely beautiful zauber but he requires a lot more attention and love than the two of us working full time can give him. He is such a lovely dog and is definitely deserving of a good forever home. He is 7 years old and most of the time is super chill and just wants belly rubs and love, he has been recovering from quite a bad ear infection but that has all cleared up now.

He doesn’t realise how big he is and can be quite clumsy walking into things! He also had never seen steps before living with us but he has conquered them now and is a pro and also has a fondness for footwear (especially slippers 😂)

He also needs a lot of work on the lead, he can be fine on a walk but then sees dogs, cyclists or runners and he will go a bit crazy and start jumping and pulling trying to get to them, so needs someone quite strong to be able to handle him.

He also doesn’t know how to play with toys which is heartbreaking, we’ve tried to get him to play with things but he is very food driven so think treat balls would be the way forward
He is fine with other dogs though, the pulling is just because he wants to go play with them!”

Zauber has been adopted.