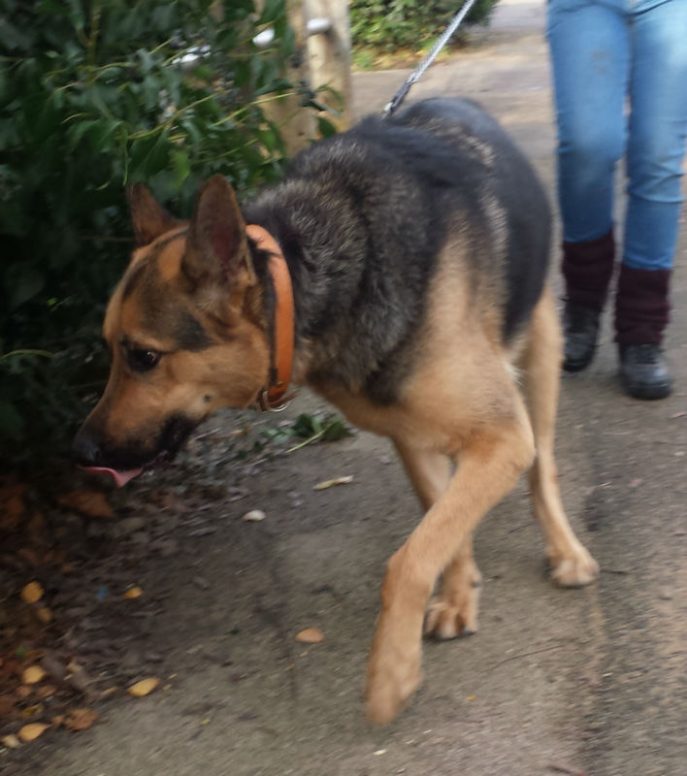 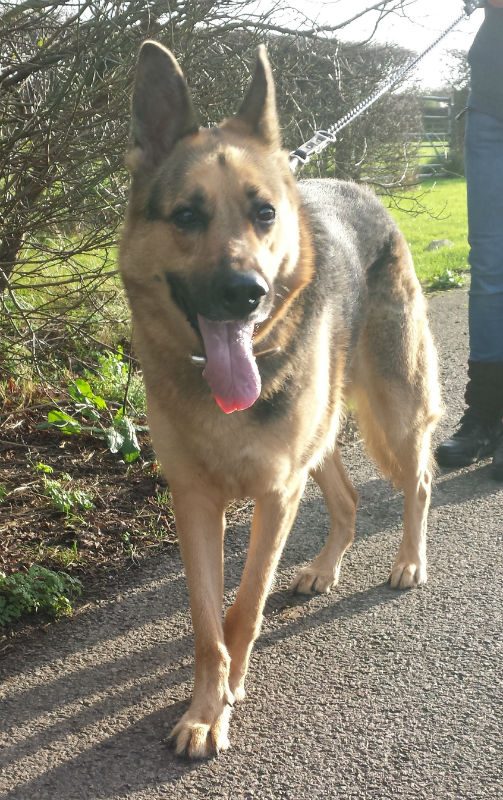 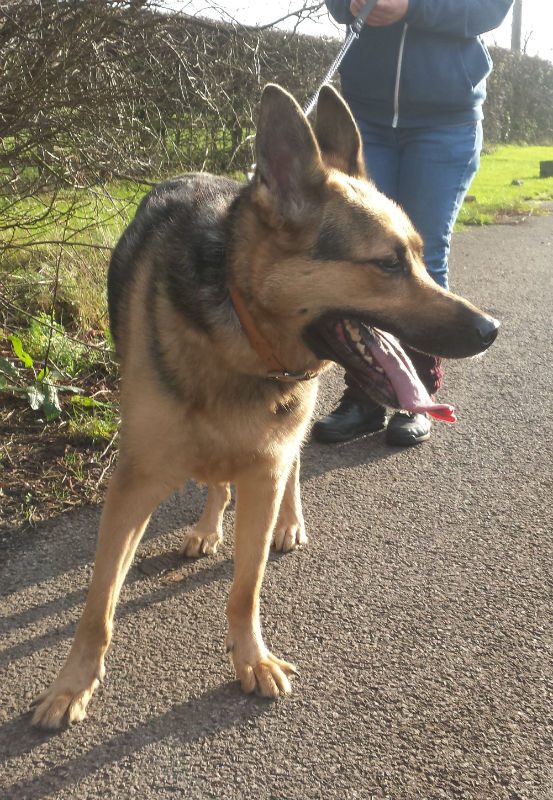 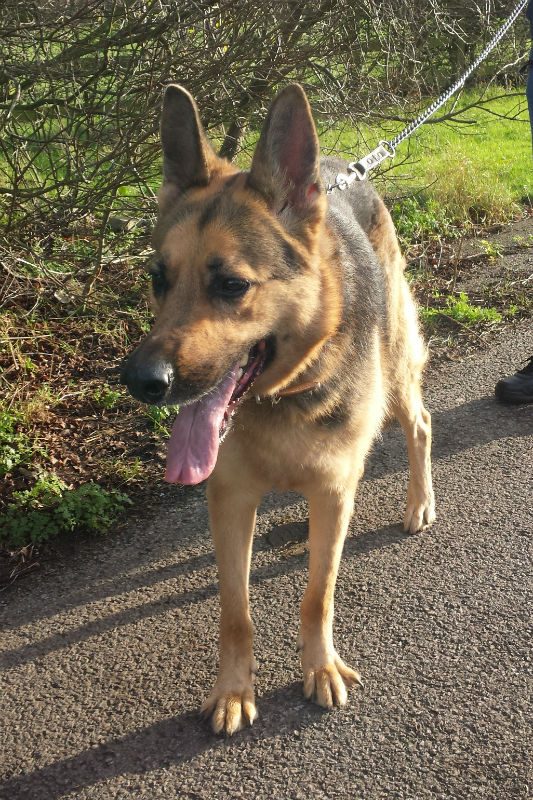 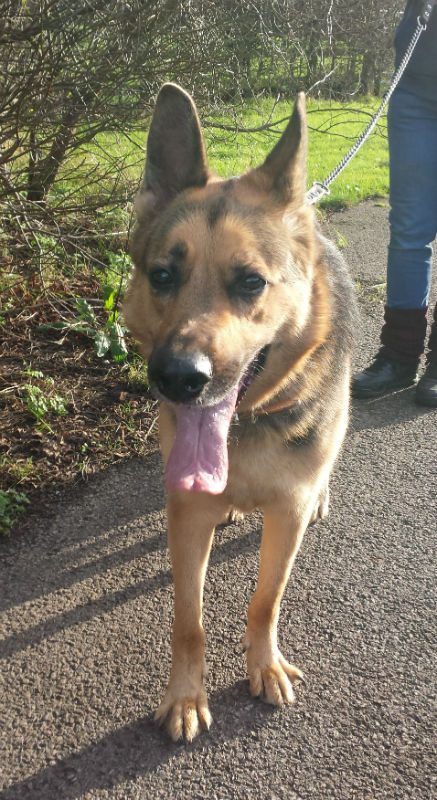 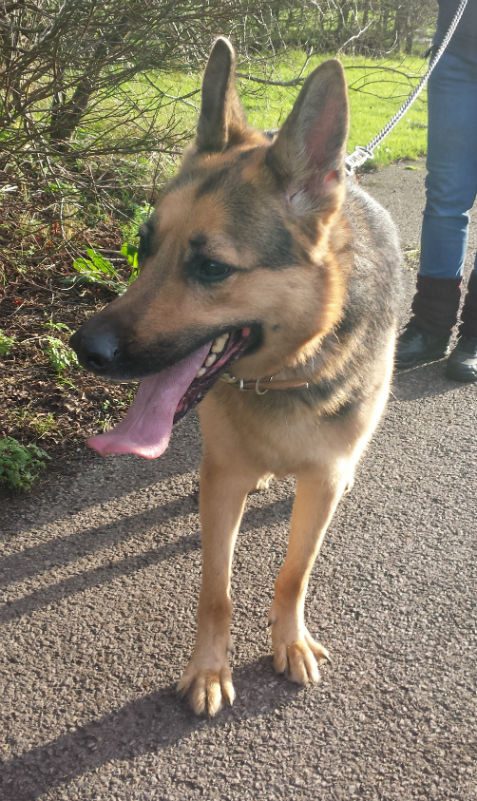 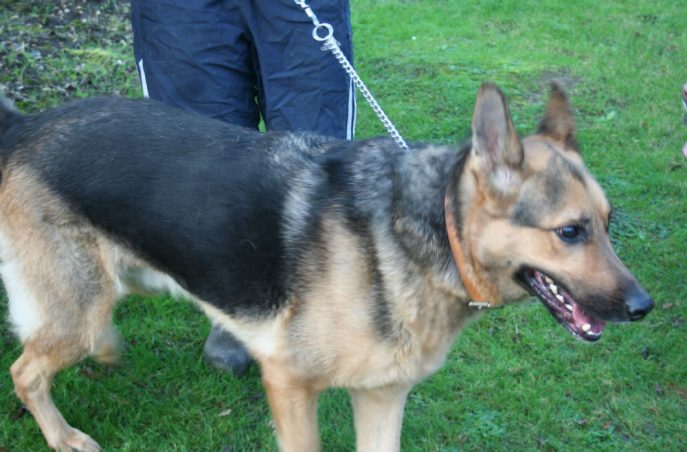 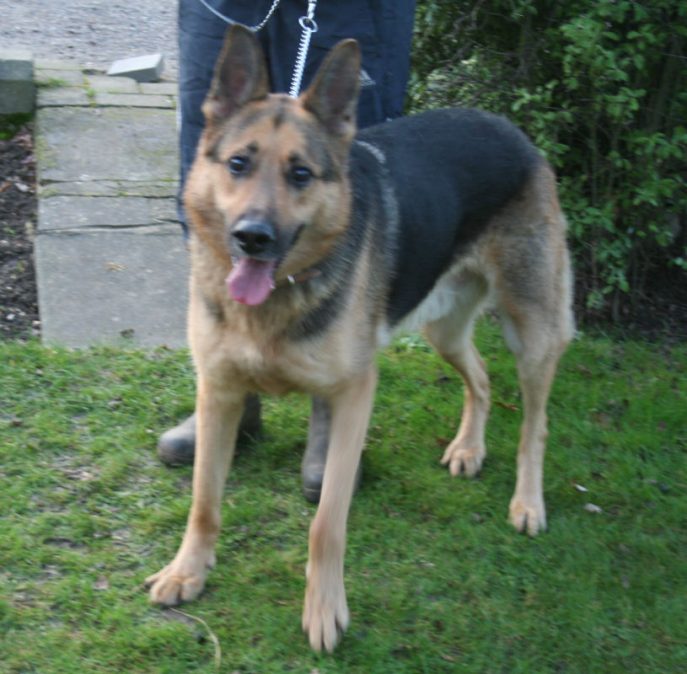 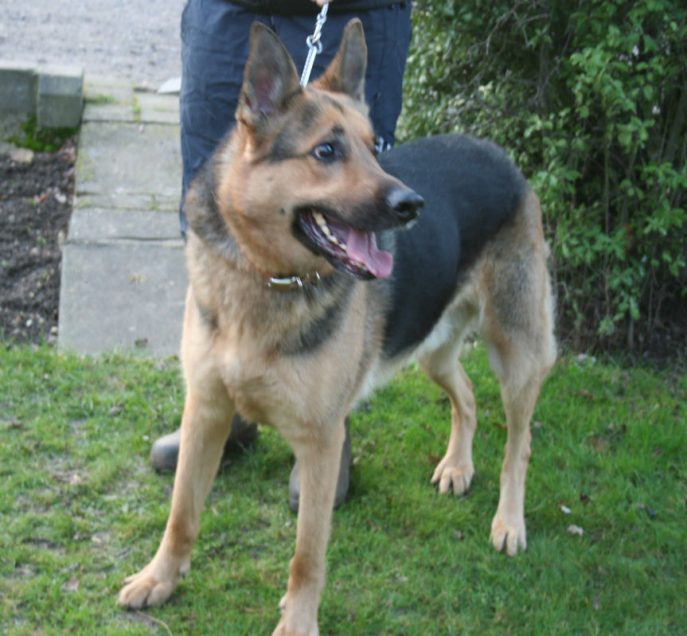 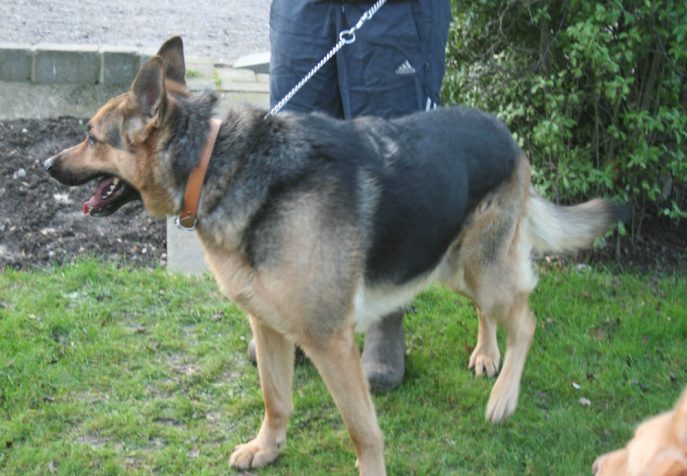 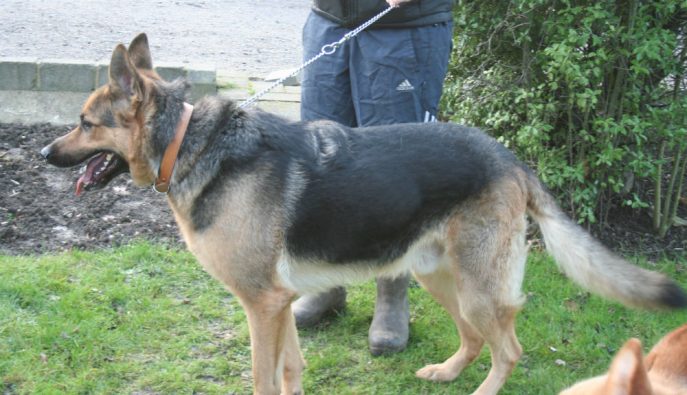 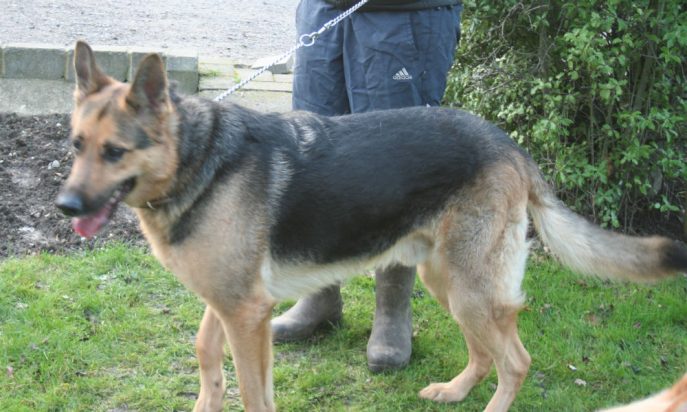 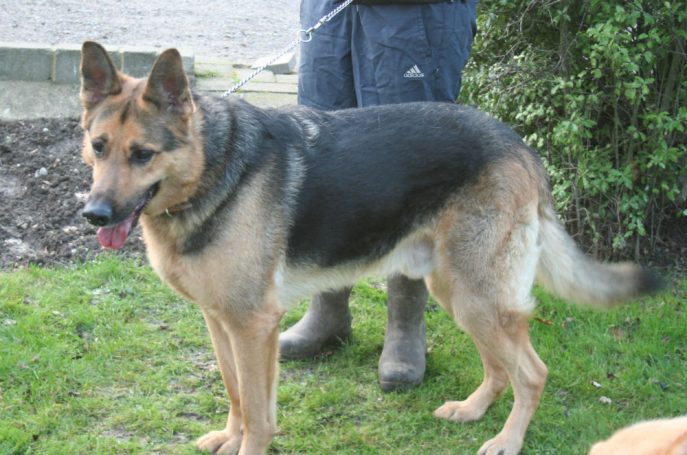 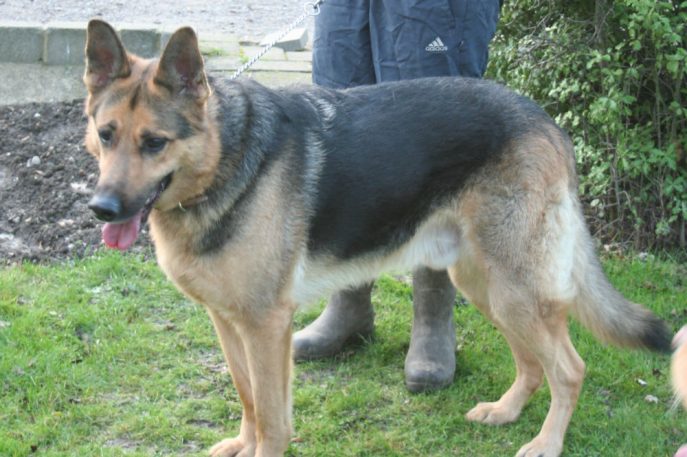 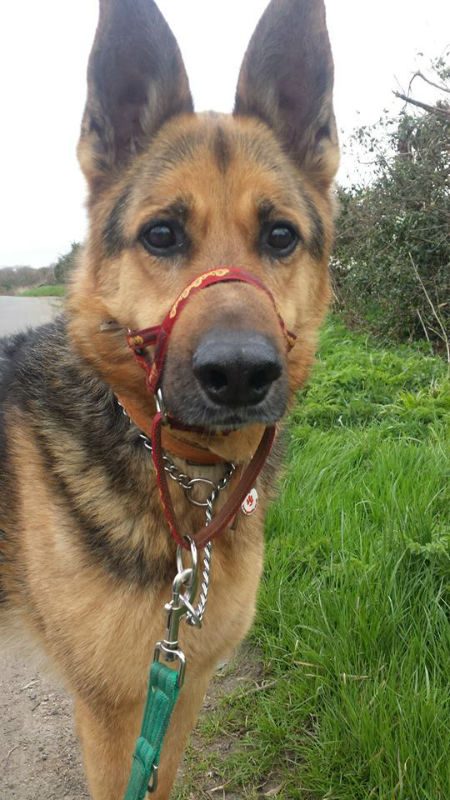 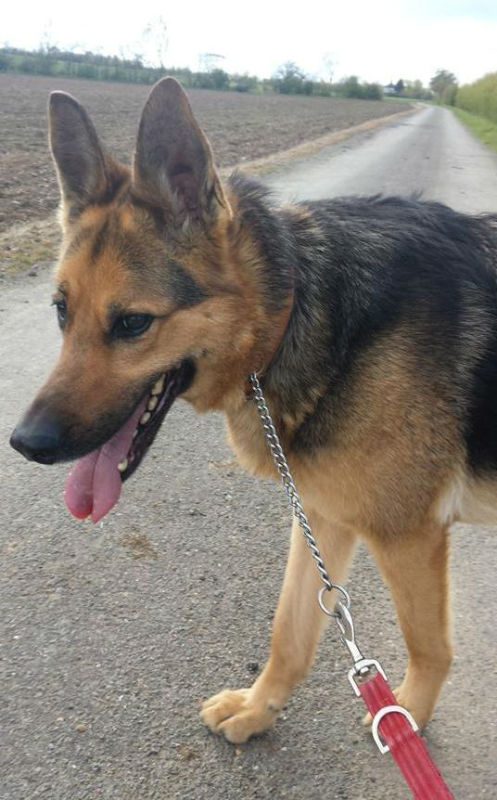 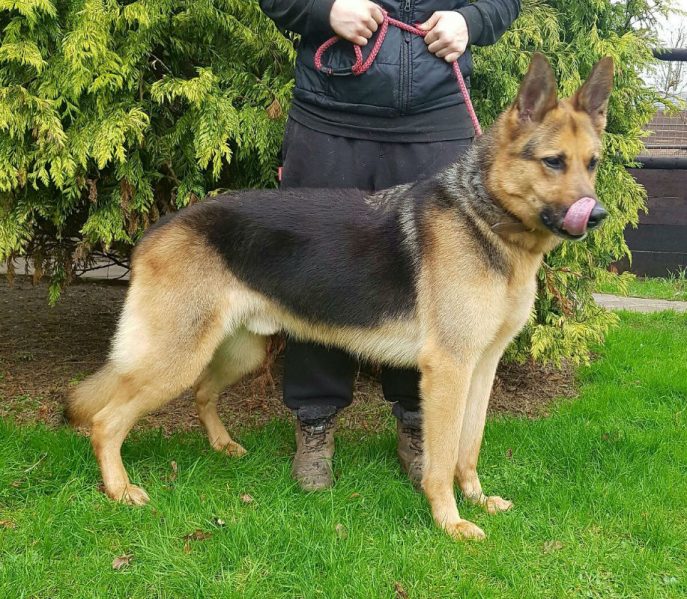 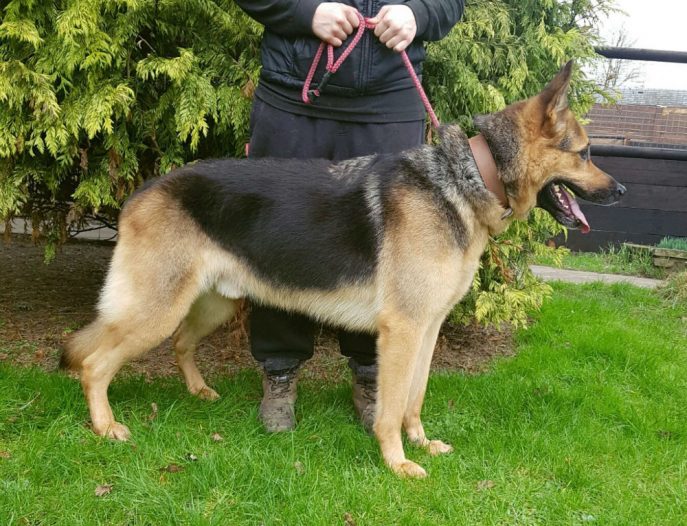 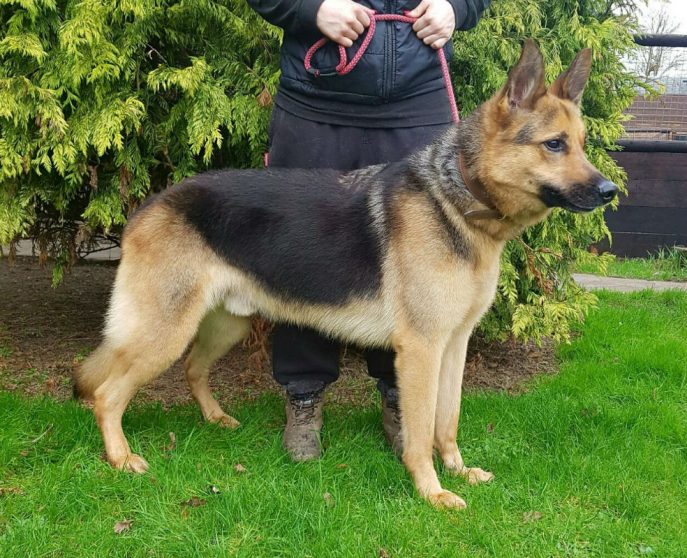 This handsome lad is Duke who is 8 years old, neutered, microchipped and now vaccinated.

We were contacted by the RSPCA to help this lad as his older owners could not care for him and the RSPCA had no space. By the time our volunteers visited, his dad was in hospital and his mum struggled to get around.

Duke was basically kept in a cage all the time and had not been walked for 18 months. Our volunteers had been warned he could be protective in his home so having talked to his lady owner, asked to see him in the cage so they could get him to calm down. Unfortunately his lady owner toodled off saying she would look for his muzzle and just let him out! The outcome was not pretty but neither volunteer blamed Duke who was just so confused at them being in his home and so excited at being out.

Since being in the kennels he has been no problem at all with people and is actually quite a sweetie. We would not rehome him with children. He has not reacted to the other dogs but probably best as the only dog or with a calm bitch.

Duke had a cruciate ligament operation which went very well and is now building recovered and ready for a home of his own.

Duke was rehomed and spent 2 months in his new home. Unfortunately his protective nature of his home meant his adopters found it very difficult to cope with him when they had visitors. Duke needs a home where there is minimal traffic or the facilities to keep him shut away when people do come to the house.

Can you give Duke the chance he deserves please?

Duke, now known as Japser has found his forever home!

The lovely Jasper had a wonderful year with his new family but sadly passed over Rainbow Bridge due to a tumour on his lung.