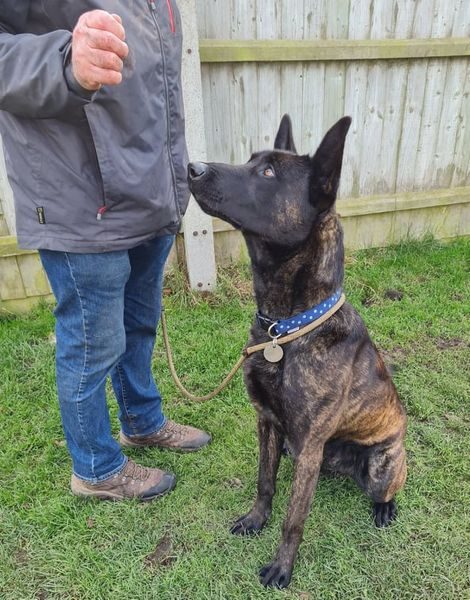 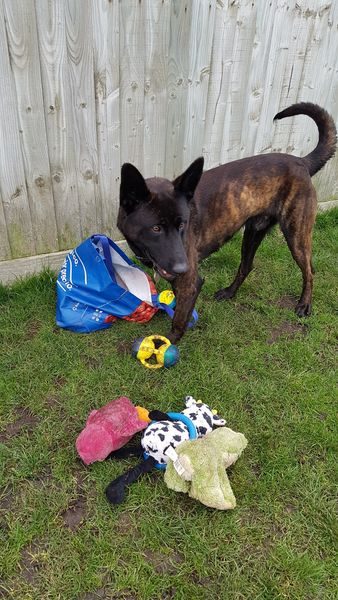 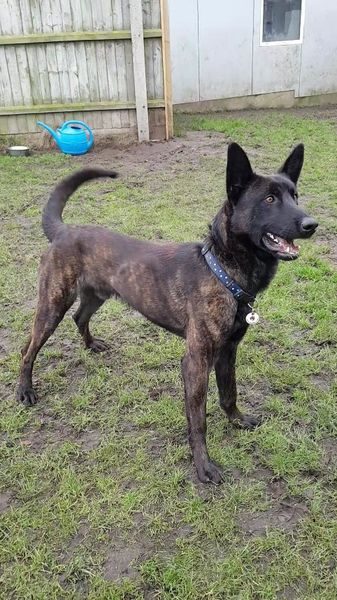 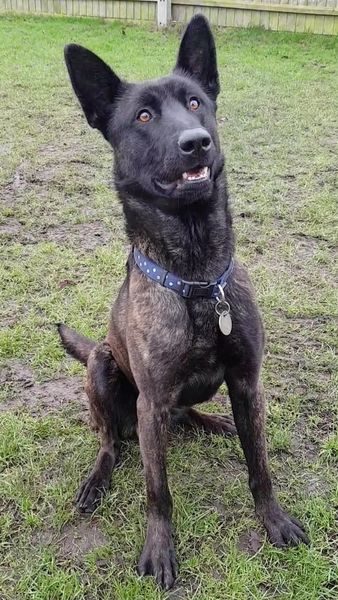 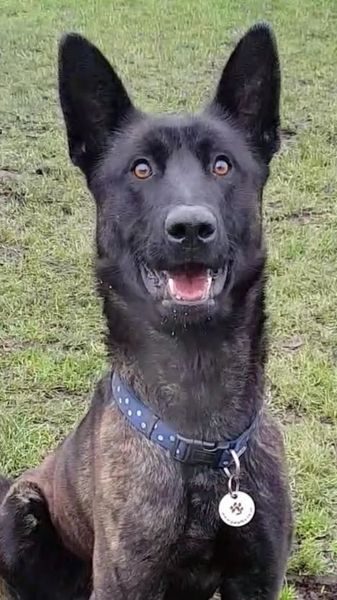 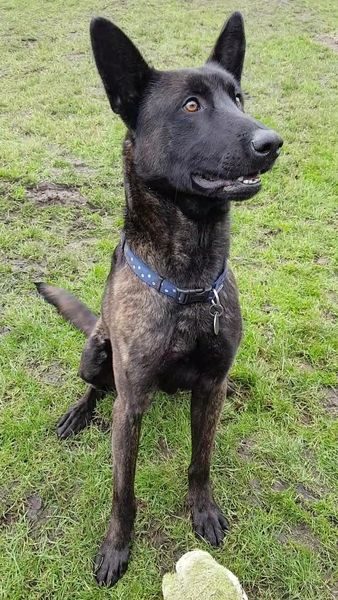 Dutch is a Dutch Herder, male, aged about 2 years. He recently came to GSRE from the pound, via another non-breed specific rescue centre who had suspicions that he may have had some security training in his past. He is entire, microchipped, wormed and vaccinated. As far as we are aware, Dutch does not appear to have any obvious allergies or medical issues.

Dutch travels well in a car or van, jumping straight in and settling down quickly. He is quiet on the journey and only gets up to look out of the window when the vehicle stops. Vollies noted on one occasion that a grey van caught his attention and he barked at it, quite possibly because it had pulled up very close behind.

When walked at a local park, Dutch was well behaved on a lead and longline. After the initial excitement had worn off, he walked calmly on a loose lead for much of the walk. However, being a big strong dog if Dutch decides he wants to sniff something then he can be difficult to dissuade. Dutch will chase or jump up to try and catch a squirrel but is not as obsessive as some we have seen.

Dutch tends to ignore most people and dogs at the park albeit some, such as a Golden Retriever, catch his attention for no obvious reason but he can be distracted from this. A small dog ran straight at Dutch, he did not react other than to watch it. As soon as the small dog realised how big Dutch was up close, he quickly changed his mind and turned around. Dutch saw a cat run past the car as we were parked and from his animated response the vollies would definitely say he is a no to cats.

Dutch has a strong resource guarding instinct and has bitten the kennel owner and one of the volunteers over this. He will guard his food bowl, even when empty, as well as toys and treats. Despite not having seen any obvious guarding of people, places, vehicles etc. it cannot be discounted at this time as he is currently living in kennels and not a home environment.

Due to Dutch having guarding issues and having no history on him, GSRE will not rehome him with children. Dutch does not like living in kennels and shows his stress by chewing his bed, blankets and water bowel. He has also lost weight due to being stressed in the kennel environment.

When Dutch went to the vets he was very interested in his surroundings and the people, showing a little anxiety but no aggression or unwanted behaviours. Due to his size and guarding tendencies, Dutch was muzzled for this visit and appears familiar with wearing one.

Dutch loves to play with a ball, happily swapping to keep the game of fetch going. He is a clever dog who learns quickly. He knows commands such as SIT, SPEAK, COME and has a DOWN when it suits him. He is also happy to have affection and will lean against your legs whilst being stroked and fussed.

Dutch will need a confident and experienced owner, capable of reading his body language and being mindful of his suspected security training history. He will need an adopter who can work with him to lessen his resource guarding tendencies and instil suitable boundaries. Dutch is a strikingly handsome boy who has the potential to flourish with the right owner.