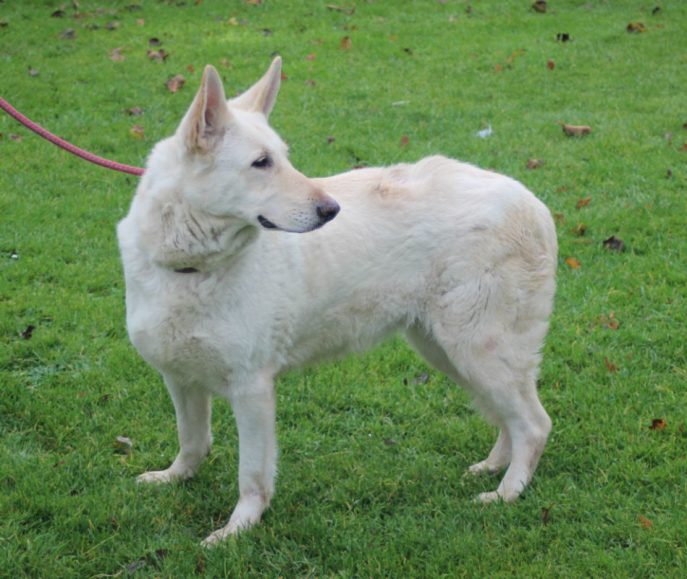 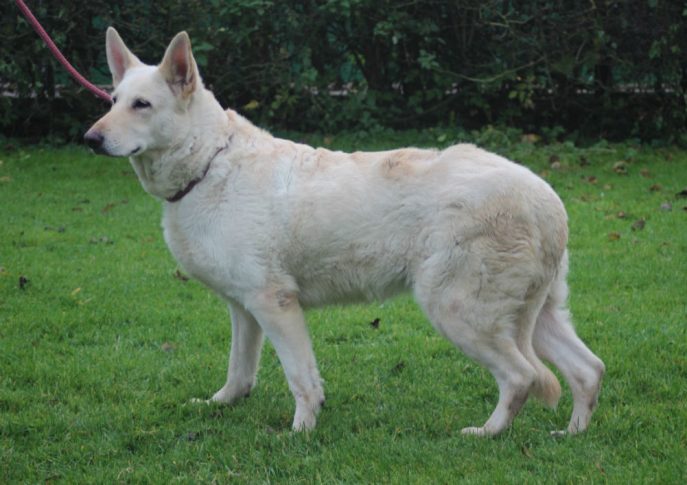 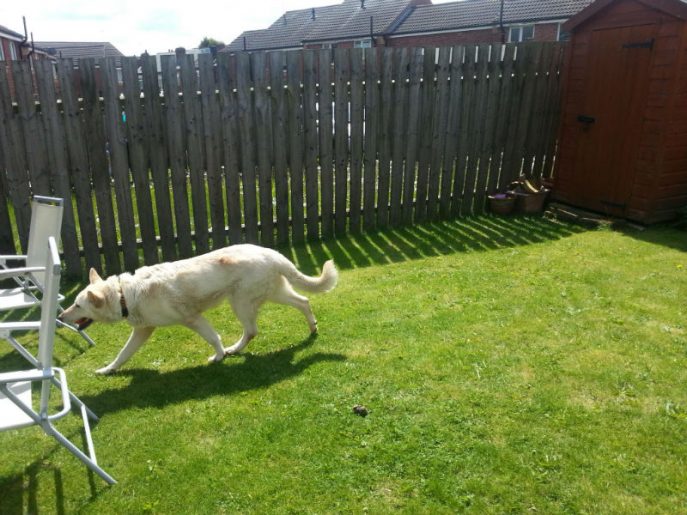 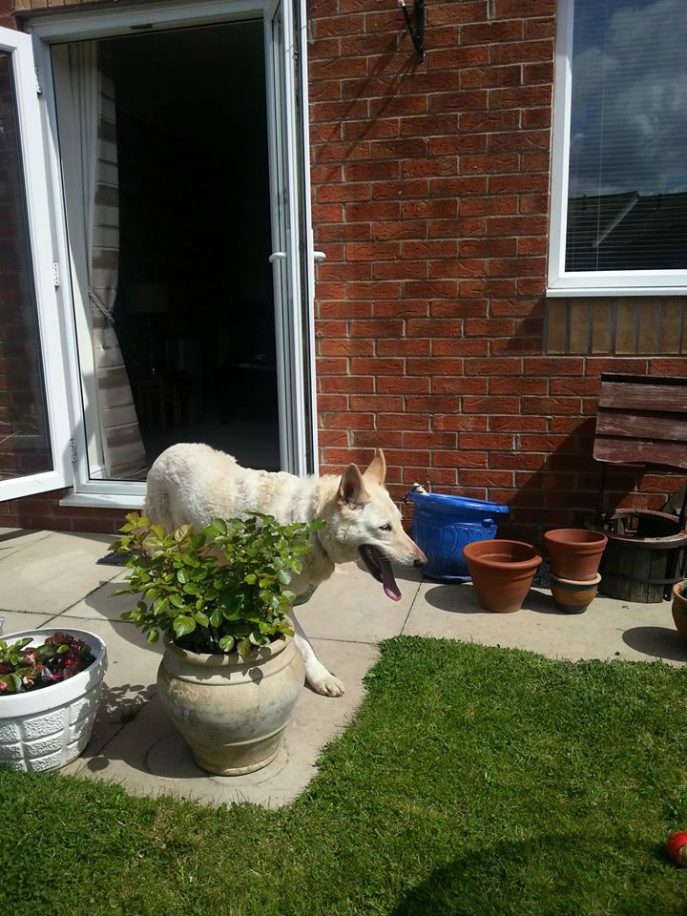 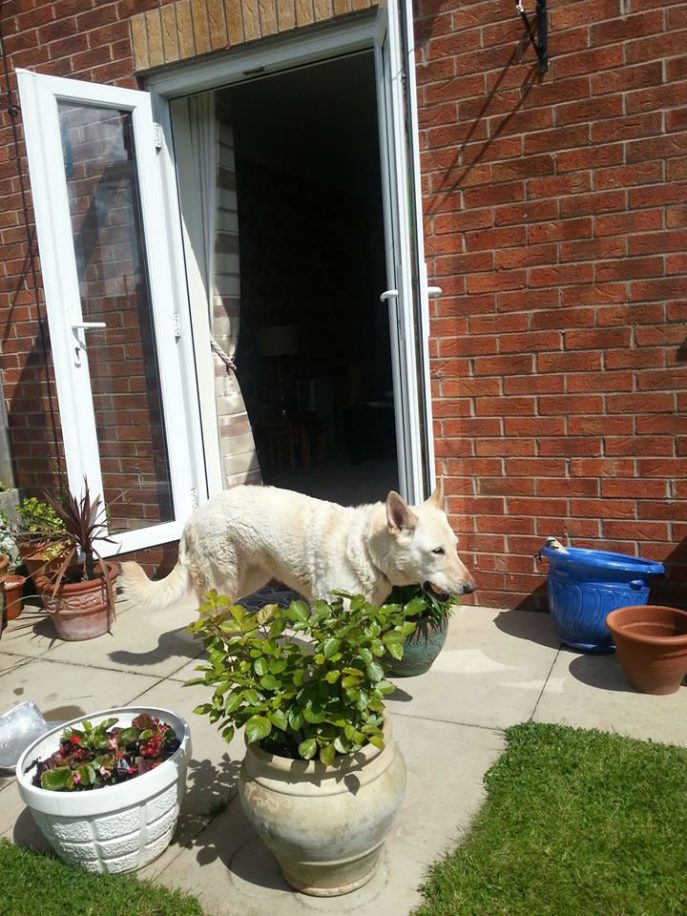 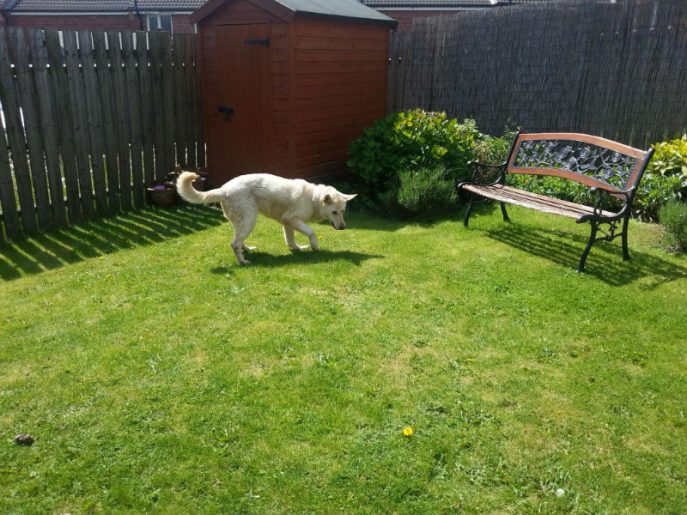 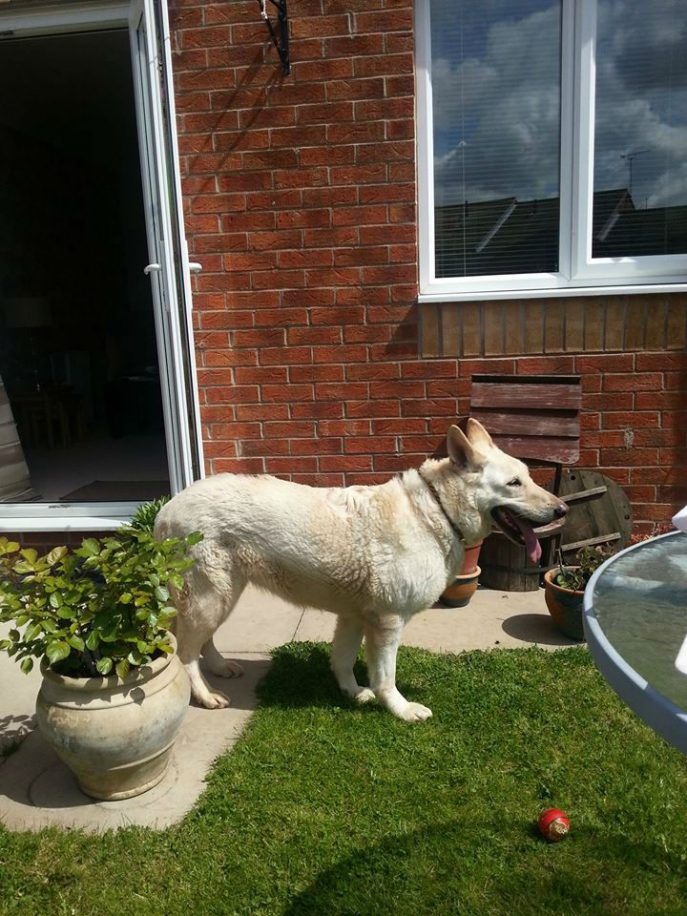 Storm came into the rescue as an emergency case along with a male called Buster. Their owner literally offloaded the dogs onto somebody who could not keep them but took them in so they were safe.

Very little is known about Storm but from her microchip we have been able to establish she is 7. She had her season a month ago, so we now know she can be spayed in August.

Storm is quite laid back compared to Buster and currently settling in at the kennels. Has a bald patch on her back which we believe is a flea allergy and for which she is being treated.

Storm has recently gone into foster with two males and a female and gets on great with them all. Her new foster mum says she is an absolute sweetheart and would fit into most families out there. Teenagers only just because we have no history of her with children, cats still unknown.

Can you give Storm a home of her own please?

Storm has found her forever home.

This gorgeous girl found herself a wonderful home, but has sadly now gone to Rainbow Bridge to rejoin her old pal, Buster, our Golden Oldie.